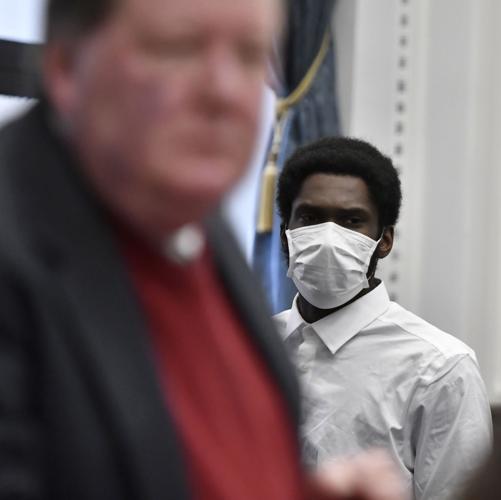 Rakayo Vinson, right, enters the courtroom behind his lawyer, Donald Bielski, before he testifies in his trial at the Kenosha County Courthouse on Friday. 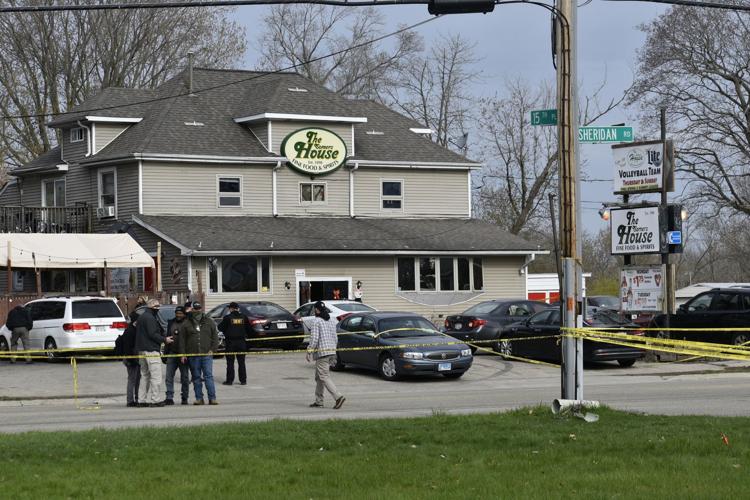 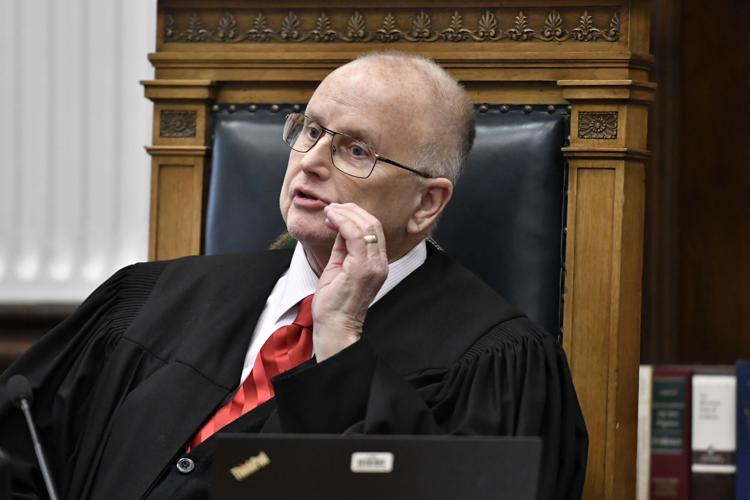 Judge Bruce Schroeder speaks before Rakayo Vinson testifies in his trial at the Kenosha County Courthouse on Friday.

The Kenosha man accused of killing three men and wounding three others at Somers House tavern last April took the witness stand in his defense Friday afternoon on the fifth day of the trial.

Just a day after he fired his attorney, Donald Bielski, and refused to participate in the proceedings before Kenosha County Circuit Court Judge Bruce Schroeder, Vinson returned Friday morning with Bielski at the defense table.

Because of the unusual circumstances at the start of the day on Friday, Schroeder told the jury the case will not be in their hands until Tuesday morning.

They were ordered Friday afternoon not to discuss the case with anyone before then.

There will be no court in session Monday because of the Dr. Martin Luther King Jr. holiday.

Events leading to the

On April 18, Vinson was reportedly separated from 22-year-old Donaldson after getting into a fight that left Vinson with a bloody face. The fight reportedly began after Vinson delivered a shoulder bump in the crowded bar. Donaldson, along with Gaston, 24, and Stevenson, 26, were kicked out of the bar.

In the moments after the fight, Vinson shot the men out of anger because they “disrespected you (Vinson) by fighting you,” Kenosha County District Attorney Michael Graveley told the court.

While on the stand, Vinson testified he was with a cousin at a residence in Racine County and they watched a fight on television before heading to Somers House for some fun.

While inside the tavern, Vinson claimed he accidentally bumped into someone and faced “a flurry of punches” from other patrons “in multiple directions.”

“I swung back because my nose was bleeding,” he testified. Vinson also claimed he could not see who all punched him and in the confusion lost track of his cousin and his bearings. He said he didn’t leave immediately because he was looking for his cousin.

After being separated from the men and relocated to the tavern’s adjoining outdoor patio to cool down by tavern staff, Vinson said Gaston and Stevenson approached him in an aggressive manner. He identified the two as the men he had gotten into an altercation with moments earlier.

Vinson claimed Gaston was reaching into a pocket for a firearm and had to shoot first to protect himself.

“I believed there was a firearm,” Vinson said.

Vinson also claimed he only fired four shots while on the patio and then hopped over a railing to “get out of harm’s way.” While outside the tavern’s front entrance, Vinson said he shot Donaldson because he too had a firearm and Vinson feared for his life.

Graveley peppered Vinson with questions and attempted to poke holes in his testimony.

After being located inside the basement of a Mount Pleasant home a few hours after the shooting, Vinson was questioned by Kenosha County Sheriff’s Department detectives.

Graveley said Vinson never claimed he feared for his life in the transcripts of the hours-long interview with detectives.

Vinson reportedly told detectives his face was injured at a home, not at the tavern. Graveley also questioned why Vinson never told detectives he feared Gaston had a firearm. He said such a firearm was never recovered by investigators and no one else fired a gun in the bar popular with young people.

“In the three-and-a-half to four hours that you spoke to officers did you ever tell them that a person on that porch had approached you and you believed they had a gun?” Graveley asked.

“You never told the detectives anything about needing to defend yourself against other people you thought had a gun on that porch during that three-and-a-half to four hours, did you?” Graveley asked.

Graveley also asked Vinson what happened to his own firearm, which was never located, why the pair of pants Vinson wore that night were later found burned and why he tossed his smartphone after the incident. He also said Vinson told investigators that someone else could have used his I.D. who looks like him and shot the men. In surveillance video played for the jury, Vinson’s cousin is within arm’s reach of him.

“You lied to the officers, right?” Graveley said.

Vinson told the court he doesn’t “remember what happened to (the gun)” and “does not know” who lit his pants on fire that may have contained evidence.

Towards the end of his questioning Friday, Graveley asked Vinson why his uncle recommended that he play the victim and claim self-defense during a December phone call.

“He said to you, ‘Take the stand as a victim, you can’t worry about how (expletive) look at you. You got to show you’re a victim,’” Graveley said, adding “There was an affirmative response by (Vinson).”

Graveley said Vinson is “putting on some drama show for this jury pretending you’re a victim just like you were advised to do.”

IN PHOTOS: Rakayo Vinson removed from the courtroom on Jan. 13

Kenosha man accused of kidnapping, illegal possession of firearm and numerous other crimes

A 28-year-old Kenosha man has been charged with kidnapping, illegal possession of a firearm and other criminal offenses.

The Racine man accused of meeting women on dating apps and victimizing them, one of whom died after meeting with him at a South Milwaukee bar, has been caught, Franklin Police said Tuesday.

Burlington Area School District records obtained by The Journal Times show that now-former teacher's aide Daniel Powers started out as a welcome addition to the staff, but that concerns about him surfaced as early as 2017 when he had a prohibited relationship on Facebook with a former student. Other concerns were raised years later, but were not immediately acted on until allegations raised by parents of alleged victims started becoming public.

ROCHESTER — Three minors were brought along to a failed drug deal that led to an 18-year-old jumping in the Fox River to escape.

Three 19-year-olds and one 16-year-old have now been implicated in the shootings that made national headlines.

A pastor associate of Dane County sister parishes has been arrested on child sex charges, according to Dane County Jail records.

WATCH NOW: Preparations nearly ready for new trial for Mark Jensen in 1998 death of his wife in Pleasant Prairie

Preparations continue for a new trial for the man convicted in the 1998 death of a Pleasant Prairie woman.

Rakayo Vinson, right, enters the courtroom behind his lawyer, Donald Bielski, before he testifies in his trial at the Kenosha County Courthouse on Friday.

Judge Bruce Schroeder speaks before Rakayo Vinson testifies in his trial at the Kenosha County Courthouse on Friday. 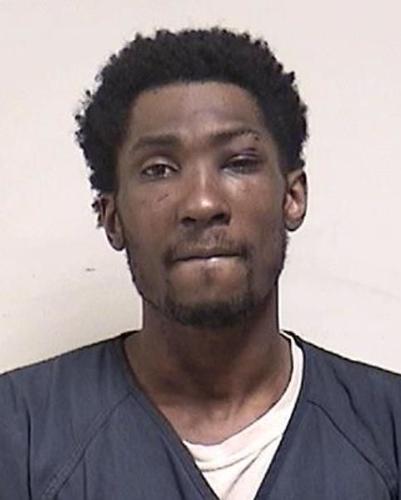 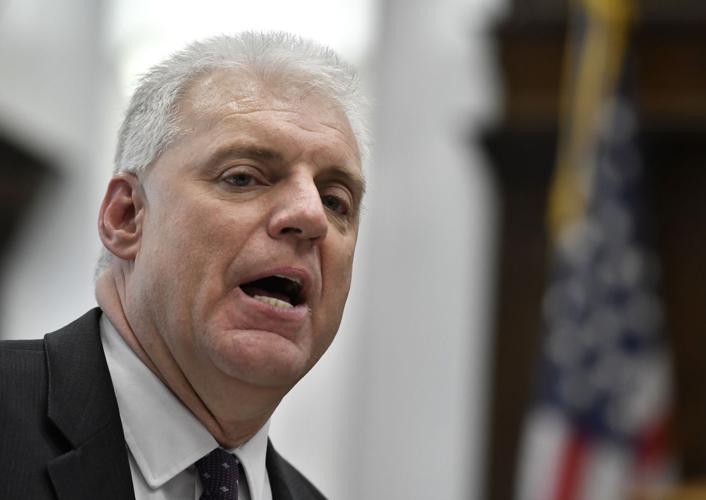