Saying the calculated killing of 15-year-old Kaylie Juga showed he was a “dangerous and damaged human being,” a judge Friday sentenced Martice Fuller to spend the rest of his life in prison without the possibility of parole.

“These crimes were not the impulsive acts of a child,” Kenosha County Circuit Court Judge Mary K. Wagner told Fuller, who was convicted by a jury of shooting and killing his former girlfriend Kaylie at her west-side home and of shooting and injuring her mother, Stephanie Juga, when she came to her daughter’s aid. “I hope that you can right yourself in your life, in your daily life, but it won’t be among the community.”

Despite evidence presented at trial that Fuller carefully planned the shootings — and the testimony at trial of Stephanie Juga who had pleaded with Fuller, who she knew well, before he shot her — Fuller continued to maintain that he is innocent.

In a statement read to the court by one of his attorneys, Fuller said “I have to continue to stand innocent because I am.”

During his March trial, prosecutors used testimony to show that what began as a high school romance when both Fuller and Juga were freshmen at Bradford High School — he a football player, she a cheerleader — morphed into something uglier, with Fuller becoming increasingly controlling and violent.

During the trial, prosecutors showed that Fuller — who had been an honor student and a varsity athlete with no juvenile criminal history — had become increasingly angry and frustrated, with his behavior following the breakup with Juga leading to his expulsion from school and to his leaving his family home to stay with a series of friends. He had been stalking Juga before the shooting, showing up outside her home and repeatedly contacting her at work until worries about her safety led her to quit her job.

Fuller fled on foot, then on a bicycle he had stashed in a nearby park, and was later picked up by a friend. He was arrested the following day at a relative’s home in Racine.

Before Wagner pronounced her sentence, Stephanie Juga spoke to the court, asking that Fuller never be allowed out of prison. She spoke about the pain the crime has caused her family, the emotional toll it has taken on her husband and sons, and the physical pain she lives with as the result of her injuries, which left her wrist so damaged it has limited her career as a photographer and made it difficult to hold her new grandson.

Juga said the family lives daily with the loss of Kaylie, who would have graduated from high school this year.

“Martice Fuller didn’t only take our daughter away, he ruined me,” she told the court. “My best friend is gone. We did everything together. She was always by my side and she was my biggest cheerleader. Now I’m lost, I just feel so lost without her.”

Kenosha County District Attorney Michael Graveley said the shootings were as carefully planned “as a professional hit” with Fuller spending weeks getting ready and manipulating friends and family into unwittingly helping him by providing a gun, rides and places to stay.

Defense attorneys asked that Fuller be given the opportunity for release from prison after 25 to 30 years, noting that he was a child at the time of the shootings and that the U.S. Supreme Court has written that juveniles have more of a capacity for change than adults. In Wisconsin, conviction for first-degree intentional homicide carries a mandatory life sentence, but a portion of that sentence can be spent out of prison on parole.

Wagner rejected that, saying Fuller’s calculated planning of the crime and lack of remorse made him a danger to the community, She sentenced Fuller to life without the possibility of parole for the first-degree intentional homicide conviction, followed by another 15 years for the attempted homicide and armed burglary convictions.

Friday was Fuller’s second sentencing of the week. On Thursday, Kenosha County Circuit Court Judge Bruce Schroeder sentenced him to 18 months in prison for a jury tampering case that had derailed the state’s first attempt to hold a trial. In that case, the court learned before the trial began that Fuller had asked relatives to contact members of the jury on his behalf. Those relatives never did contact the jury members, but the trial was called off, and an entirely new jury was picked when the case came to trial in March.

IN PHOTOS: Images from the Martice Fuller homicide trial

Now 17, Martice Fuller was 15 when he was charged with killing his former girlfriend, 15-year-old Juga and shooting and wounding Juga’s mother…

COVID: HOSPITALIZATIONS AT ALL TIME HIGH

Pelosi: More needs to be done after Biden's year

Pelosi: More needs to be done after Biden's year 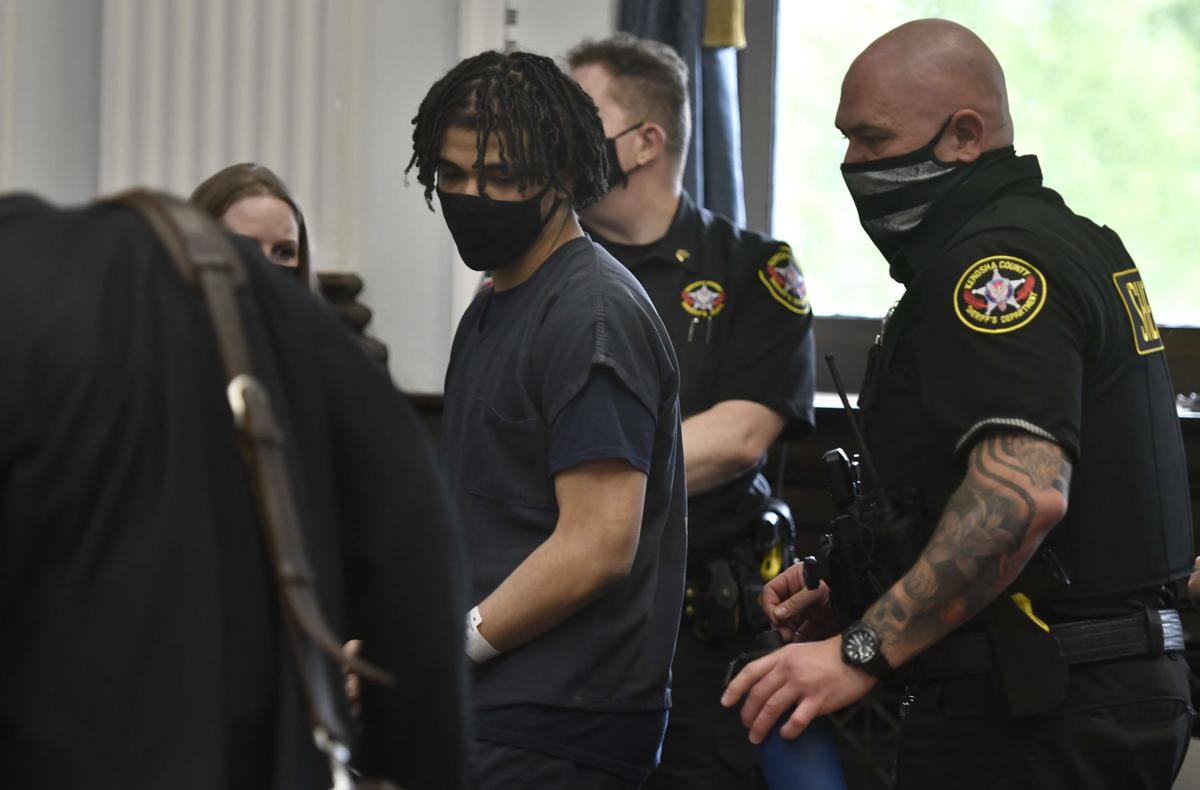 Martice Fuller enters the courtroom for his sentencing hearing on Friday. Fuller was sentenced to life in prison without parole for the May 2019 killing of his former high school girlfriend, Kaylie Juga. 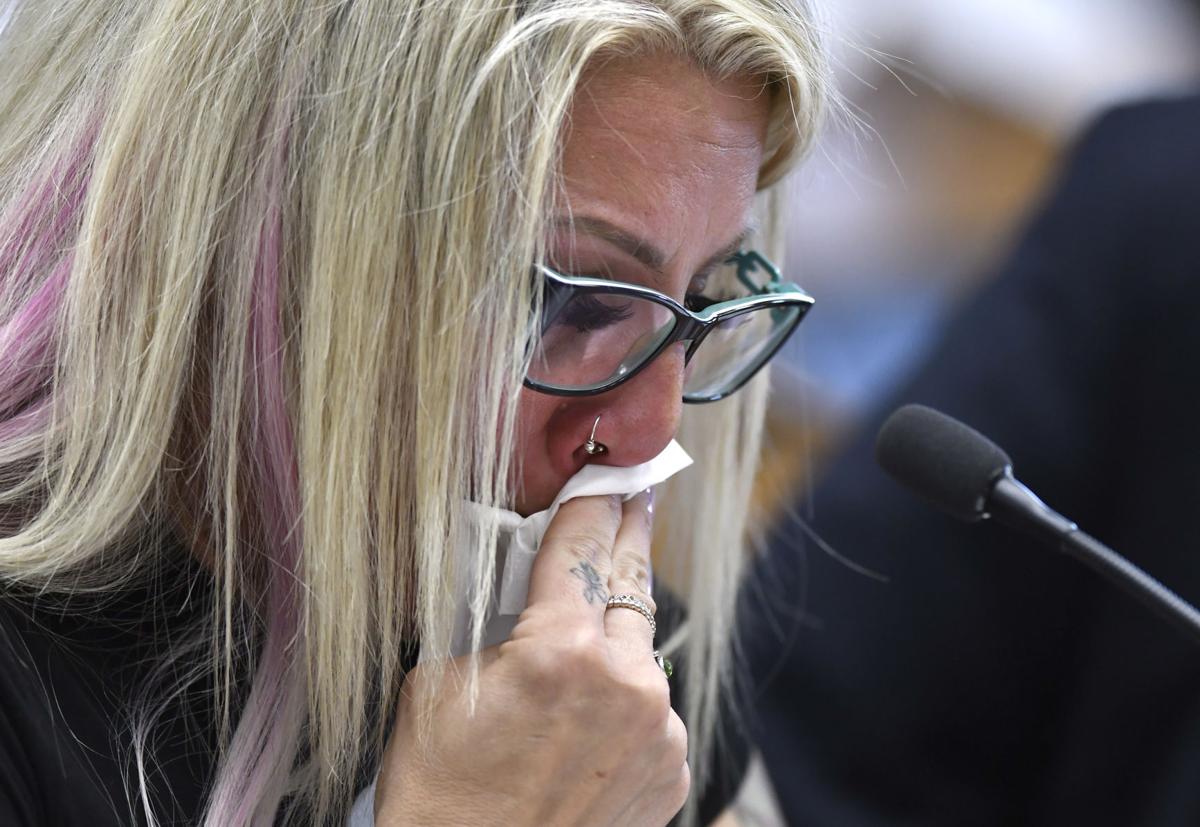 Stephanie Juga, Kaylie Juga’s mother, composes herself as she addresses the court during Martice Fuller’s sentencing hearing on Friday in Kenosha County Circuit Court. Fuller was sentenced to life in prison for the May 2019 murder of Kaylie and shooting of Stephanie. 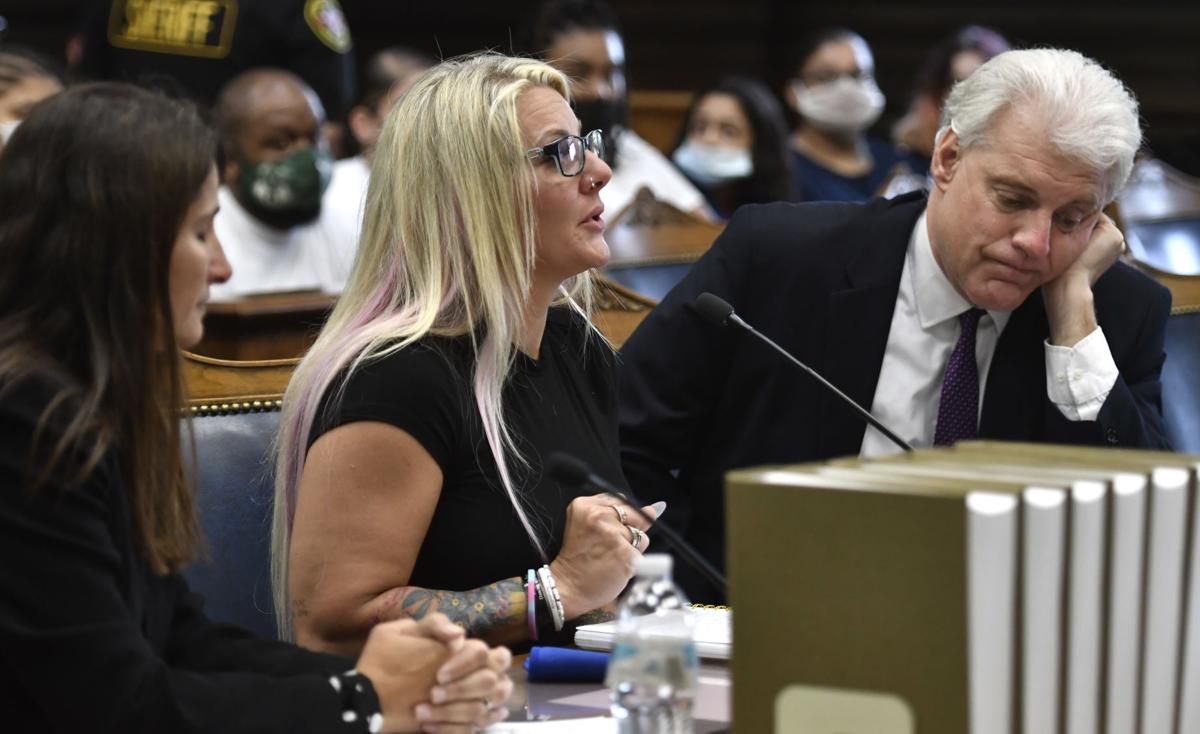 Stephanie Juga, Kaylie Juga’s mother, addresses the court during Martice Fuller’s sentencing hearing on Friday. Fuller was sentenced to life in prison for the May 2019 murder of Kaylie and shooting of Stephanie. At right is Kenosha County District Attorney Michael Graveley. 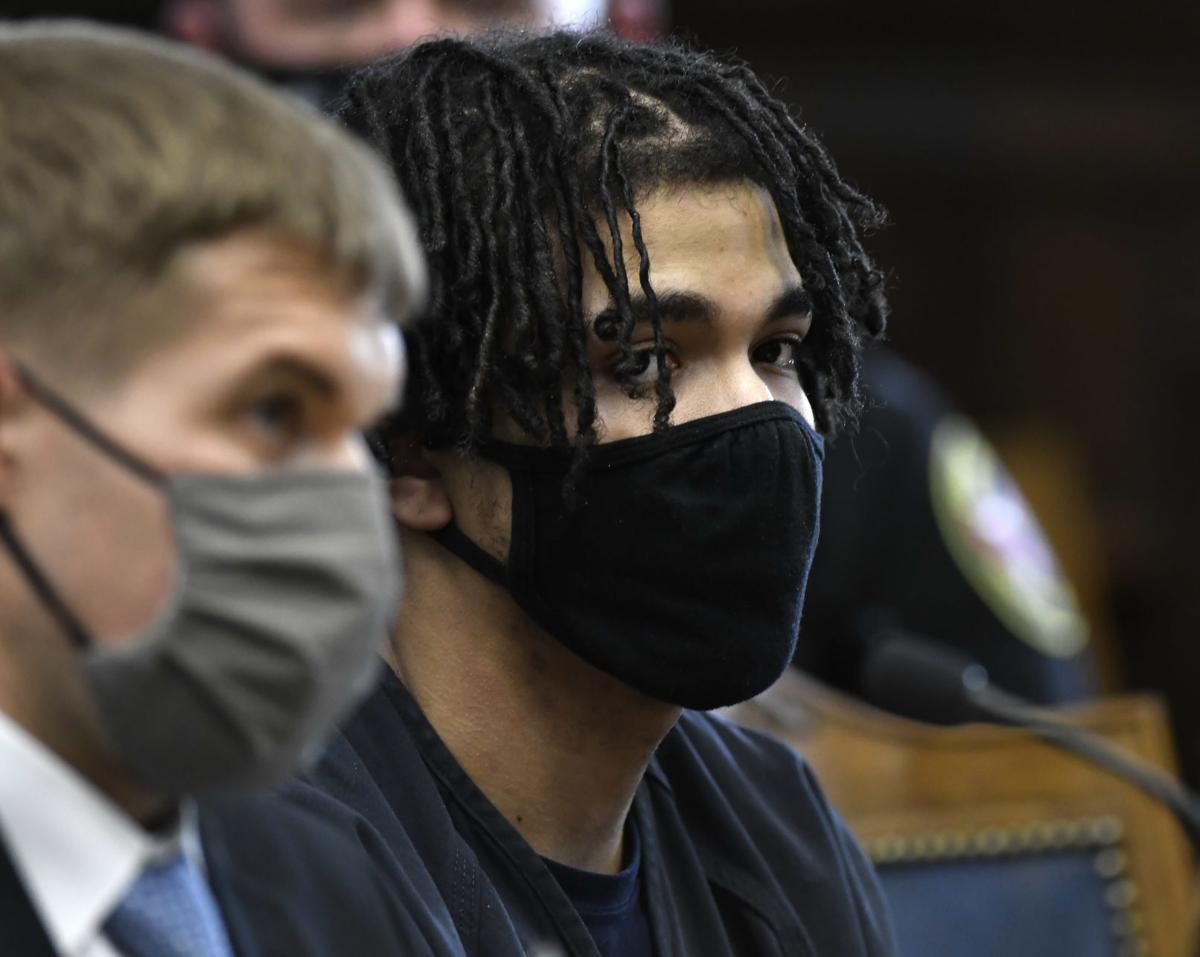 Martice Fuller, right, listens during his sentencing hearing on Friday. Fuller was sentenced to life in prison for the May 2019 murder of his former girlfriend Kaylie Juga and shooting of Kaylie’s mother, Stephanie. At left is Fuller’s defense attorney Carl Johnson. 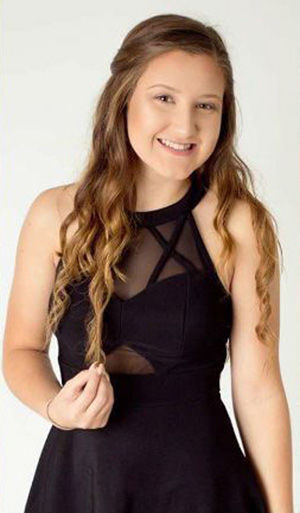 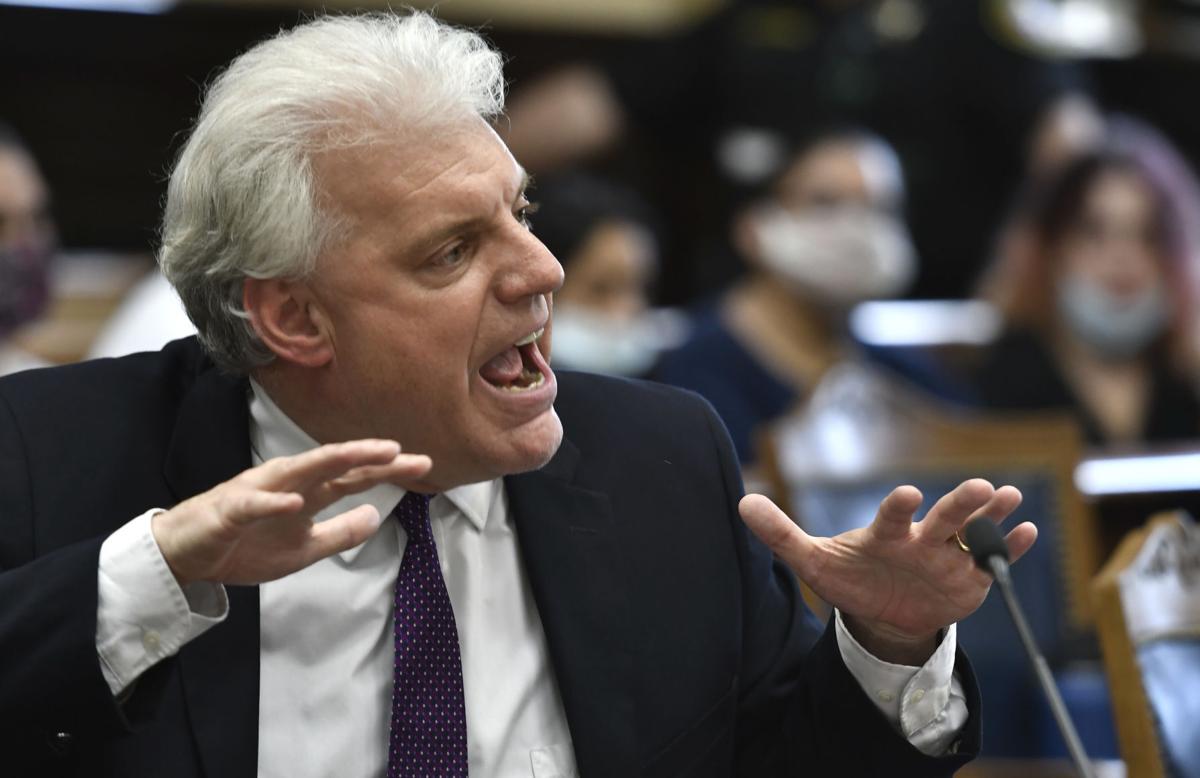 Kenosha County District Attorney Michael Graveley addresses the court during Martice Fuller’s sentencing hearing on Friday. Fuller was sentenced to life in prison for the May 2019 murder of his former girlfriend Kaylie Juga and shooting of Kaylie’s mother, Stephanie.