Wisconsin’s prison guard shortage has been getting worse for a decade. It reached a new depth this week.

Since Monday, correctional officers from facilities around the state have begun reporting to central Wisconsin for two-week stints at the Waupun Correctional Institution, a maximum-security prison in Dodge County. Those relocations, of 22 correctional workers being sent to Waupun per two-week pay period, are expected to continue through the end of 2021.

Take advantage of this great offer!

Just $1 gives you full access for 6 months to exclusive content from The Journal Times and journaltimes.com. The incredible deal won't last lo…

It's the most extreme measure yet taken by the Department of Corrections yet to address its staffing shortages.

While nearly every facility in the state has a shortage of guards, Waupun’s shortage is by far the worst.

According to the DOC, Waupun currently employees 162 full-time correctional officers and sergeants, even though it’s supposed to have 296. That means 134 jobs are vacant, a vacancy rate of 45.3%.

Even measures such as offering a $2,000 sign-on bonus for new guards at Waupun, giving veterans at Waupun extra incentives, closing a cell hall to lower the prison’s population — hasn’t alleviated the problem.

Jail guard job vacancy rates have been growing since Act 10 effectively ended collective bargaining for public employees in 2011. Job vacancy rates at the Department of Correction’s five other maximum security facilities are: 29.8% at Taycheedah, 29.2% at Columbia, 28.3% at the Wisconsin Secure Program Facility (a supermax facility in Boscobel), 26% at Dodge, and 10.3% at Green Bay.

For the correctional officers being sent to Waupun, housing, food and mileage costs are being paid for by the DOC.

“To be sent from one facility to another like this, that’s weird,” said Dale deBeers, a former correctional worker who spoke with The Journal Times for this report because he said his friends who still work in the prisons are unable to speak out on their own behalf.

“They want to be able to express themselves and they can’t,” deBeers said Wednesday. “It’s frustrating as heck.”

John Beard, DOC director of communications, said in an email: “Let me point out that a decision like this is not taken lightly and DOC is doing this in a way that has minimal impact on other DOC facilities. WCI (Waupun Correctional Institution) has been operating with a high (employee) vacancy rate — over 40% — for some time and staff there need assistance. Staff members across our agency understand this and want to help their correctional brothers and sisters at that facility.

“For example, New Lisbon Correctional Institution has nearly 150 combined correctional officers and sergeants and a vacancy rate of just 7%. Pulling two volunteers to help WCI will have little impact on New Lisbon but, combined with pairs of volunteers from several other institutions, provide a tremendous benefit to Waupun Correctional.”

Being ordered to work a certain shift outside of the norm is colloquially known as a “force” or “being forced,” deBeers said. A “force” is common for when guards have to work weekends or holidays, but deBeers said he’s never heard of a “force” that sent someone halfway across the state for two weeks.

Beard said that no one has been “forced” yet, but that is an option if not enough prison guards at other facilities volunteer to go to Waupun over the next six months.

DOC Secretary Kevin Carr said in a statement: “I believe the safety and security of staff and persons in our care at Waupun Correctional Institution requires us to use all effective means to address high vacancy rates at the institution. I cannot express enough the gratitude I have for all who have volunteered to help our DOC family at Waupun.”

A spokeswoman for Gov. Tony Evers deferred comments to the DOC for this story.

The state has slowly begun trying to address the problem.

In May 2019, four months Tony Evers took office, new guards at six Wisconsin prisons (including Waupun) got a 14% increase in starting hourly wage — from $16.65 up to $19.03 — and certain veteran workers got $5/hour pay boosts.

However, according to Beard, “A 2018 survey conducted by the Association of State Correctional Administrators noted that state correctional officers and sergeants in neighboring states made anywhere between 8% and 43% more than their peers in Wisconsin. The Secretary (Kevin Carr) asked for consideration and received approval in the last Compensation Plan for pay increases for security employees.

Last month, a bill was proposed in the Legislature that would revoke a state rule that prohibits advertising for open correctional officer positions on billboards. It has bipartisan co-sponsors, including state Sen. Van Wanggaard, R-Racine, and state Rep. David Bowen, D-Milwaukee. Beard said targeted advertising of open positions could be a way to address the worker shortage.

State Rep. Michael Schraa, R-Oshkosh, whose district includes Waupun, told WLUK-TV in Green Bay last month that he wants to increase pay for prison guards by another $5 per hour.

Low wages may still be costing Wisconsin taxpayers money in the long run. As the Associated Press reported in February: “According to the nonpartisan Legislative Fiscal Bureau, the DOC budgeted about $57.3 million for overtime costs this fiscal year. They are also requesting around $88.3 million annually, which includes salary and fringe benefits, under the next state budget due to an expected increase in overtime costs and compensation.”

That’s up from 2018, when the statewide overtime cost for paying correctional officers was reported to be $42 million. One prison guard alone tripled his expected pay, working 95 hours a week on average for a year, the Milwaukee Journal Sentinel reported in 2018; that guard was among 540 state employees who made more than $20,000 in overtime over that same time period.

This parallels how the Legislature and Wisconsin governors have been chronically late to address other known problems in its criminal justice system, like how Wisconsin’s public defenders have been chronically underpaid. That has led to significant shortages of attorneys available to represent poor defendants, causing significant and costly slowdowns in the criminal justice system.

Until 2019, Wisconsin public defenders were paid $40 an hour, the lowest rate in the nation. Merit-based pay increases put in place since have been slow to fix the shortage.

There have been multiple instances in Racine County Circuit Court where dozens or more than 100 phone calls have been made, seeking representation for certain suspects, but no attorneys taking the case.

Critics have also said that lowering Wisconsin’s prison population would also lower the pressure. That could be achieved through reforms that include sentencing fewer people, such as nonviolent lawbreakers, to prison.

According to a 2020 report from the nonprofit, free market-minded Badger Institute: “The Legislative Audit Bureau published an audit of the Division of Adult Institutions’ expenditures in 2019 that calculated the division spends an average of $101.16 per inmate per day, or $36,923.40 per inmate each year. That means that for every 100 new prisoners, the state spends an additional $3.69 million per year.”

Wisconsin’s incarceration rate is actually lower than the national average — with 676 people incarcerated per every 100,000 residents compared to a national average of 698 as of 2018 — according to the Prison Policy Initiative. However, the prison population has increased by 464% since 1983 and by 20% since 2000, according to statistics compiled by the Vera Institute of Justice.

DeBeers, who worked at Racine Youthful Offender Correctional Facility for 14 years before being terminated for using excessive force in 2014, said that the worker shortage really started after Act 10 was signed by then-Gov. Scott Walker in March 2011.

A number of the most experienced guards quit after their union was decimated by Act 10, deBeers said: “You had a lot of people who retired immediately because they didn’t want to deal with Madison without a union. That became a shortage. Over time, it just got worse. That’s basically what happened: It kept getting worse.”

According to an investigation by WLUK, there were only 88 full-time guard openings across the entire state of Wisconsin in 2010; today, Waupun alone right now has more openings than that. Statewide this week, at 49 state-run correctional facilities, there are 781 vacant correctional officer and sergeant positions — a 787.5% increase in barely more than a decade.

A 2016 report from the American Federation of State, County & Municipal Employees stated: “Since Act 10, a record number of senior rank-and-file staff in corrections decided to retire rather than work dangerous duty where their voices would not be heard and respected by the administration.”

Among the reasons for increased turnover was guards constantly being forced to work more overtime, which is seen as a morale crusher that in turn increases the rate of people quitting, again exacerbating the problem.

Without strong union protections, it’s also more risky for workers to speak out without fear of retribution or putting their job security at risk. When a Wisconsin corrections officer spoke with Fox 11 News last month, the station distorted his voice “to protect his identity” when the story aired.

Rick Badger, then a Wisconsin AFSCME union leader, said in 2016: “A Wisconsin CO (correctional officer) in 2010 earned a fair wage and fair benefits, had a voice in his workplace and considered it a career to be proud of. There was little turnover, professionalism was respected, and assaults were low. Today, wages are low and benefits are costly … These institution’s populations continue to grow and overcrowding has become the norm.”

Added Beard: “It must also be noted that increasing salary and benefits to attract job seekers at a rate to significantly reduce overall vacancy rates, including at WCI, is ultimately up the legislature.”

According to the DOC, Wisconsin’s state prison system is designed to have a maximum of 16,898 inmates, based on its “design capacity” — defined as “the original design capacity of the institution, based on industry standards, plus modifications and expansions. It excludes beds and multiple bunking that were instituted to accommodate crowding.”

But, as of June 4, Wisconsin’s incarcerated population in prisons is 18,698, or 110.7% of capacity. That doesn’t include the nearly 750 men and women who are technically state prisoners but are living in jails, the Wisconsin Resource Center “for specialized mental health services” and other facilities.

Waupun’s maximum capacity is supposed to be 882 prisoners. But, as of June 4, 930 people were incarcerated there, and more than half of them have at least one diagnosed “mild to serious” mental illness.

“It's not safe for inmates and it's definitely not safe for staff,” Schraa told WLUK regarding the dual crises of prison overpopulation and staffing shortages. “Something bad is going to happen."

53 photos showing what life has been like in Racine County throughout this infamous year: 2020

'YOU ARE INCREDIBLY SAFE TO GO OUT'

Swinging on a closed swingset

BACK IN ACTION, WITH A MASK

Capping off the globe

Getting out the vote efforts

MASK UP TO BALL

BEGINNING OF THE END

Eli Nunez detailed a number of assaults he has endured over the past month in the Sturtevant Transitional Facility from gang members who consider him a snitch for assisting law enforcement in solving a three-decades-old cold case, The Capital Times reported.

‘They played with our lives’: How one Wisconsin prison failed to contain a COVID-19 outbreak

Two guards, one prison staff member and four inmates tell of frustrations with how Kettle Moraine Correctional Institution handled a COVID-19 outbreak that exploded to more than 870 cases. 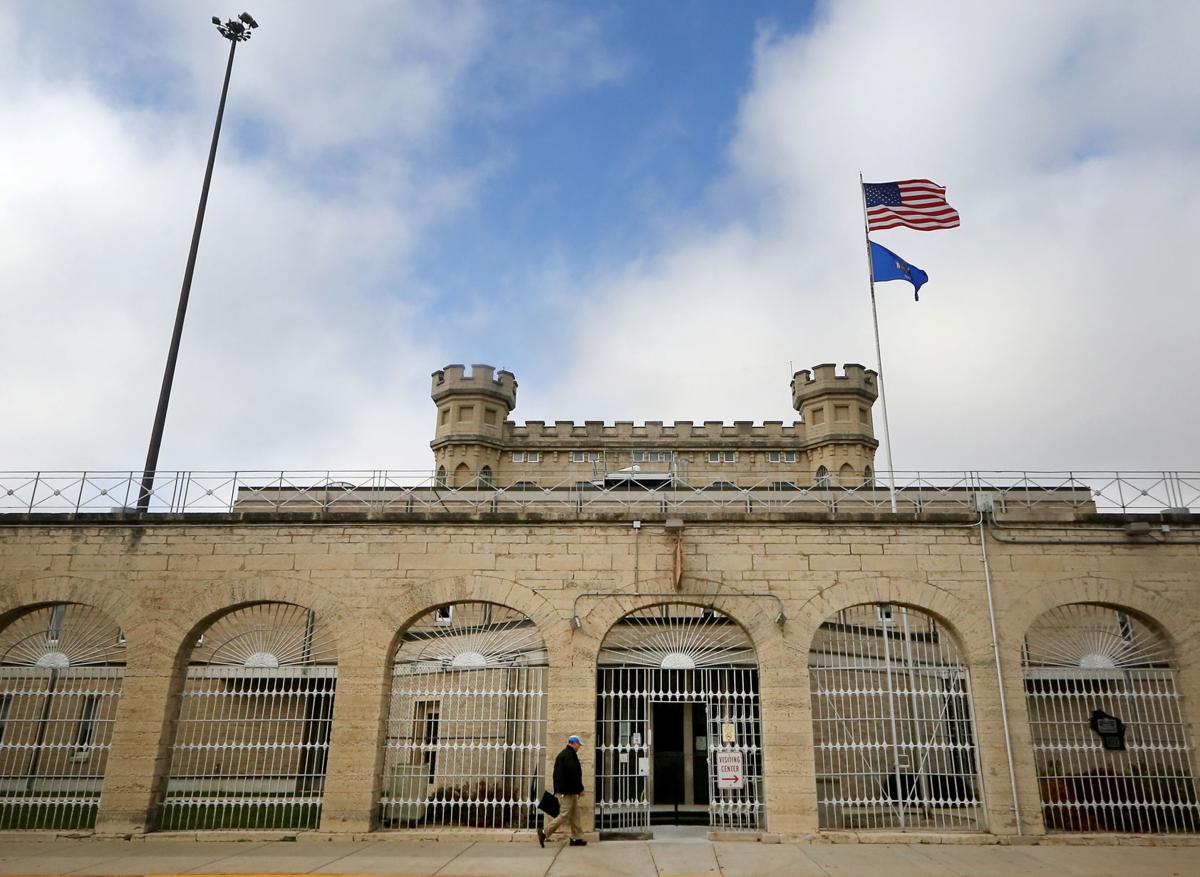 The Waupun Correctional Institution is the state’s oldest prison, built in 1854 and still in use. 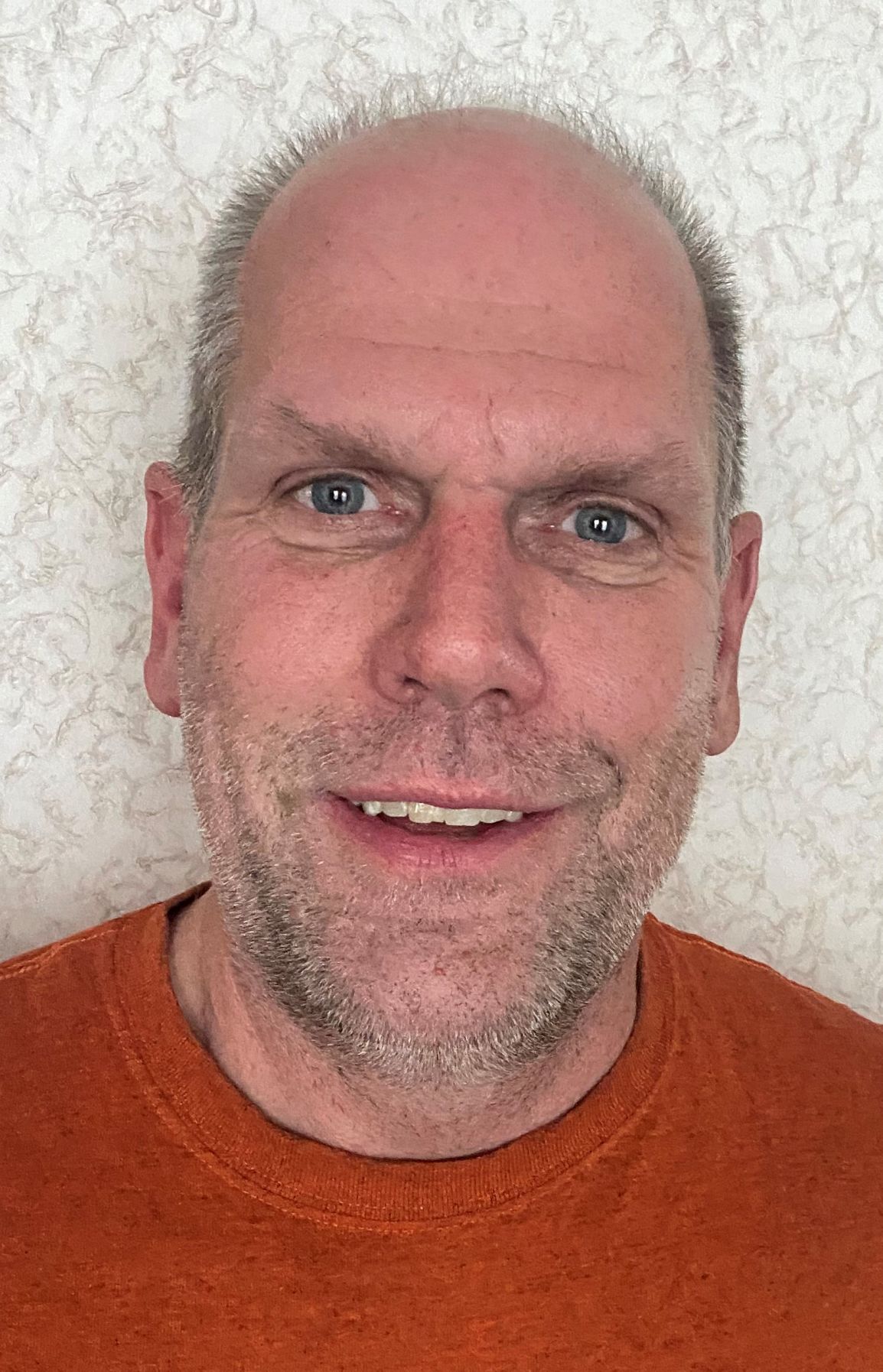 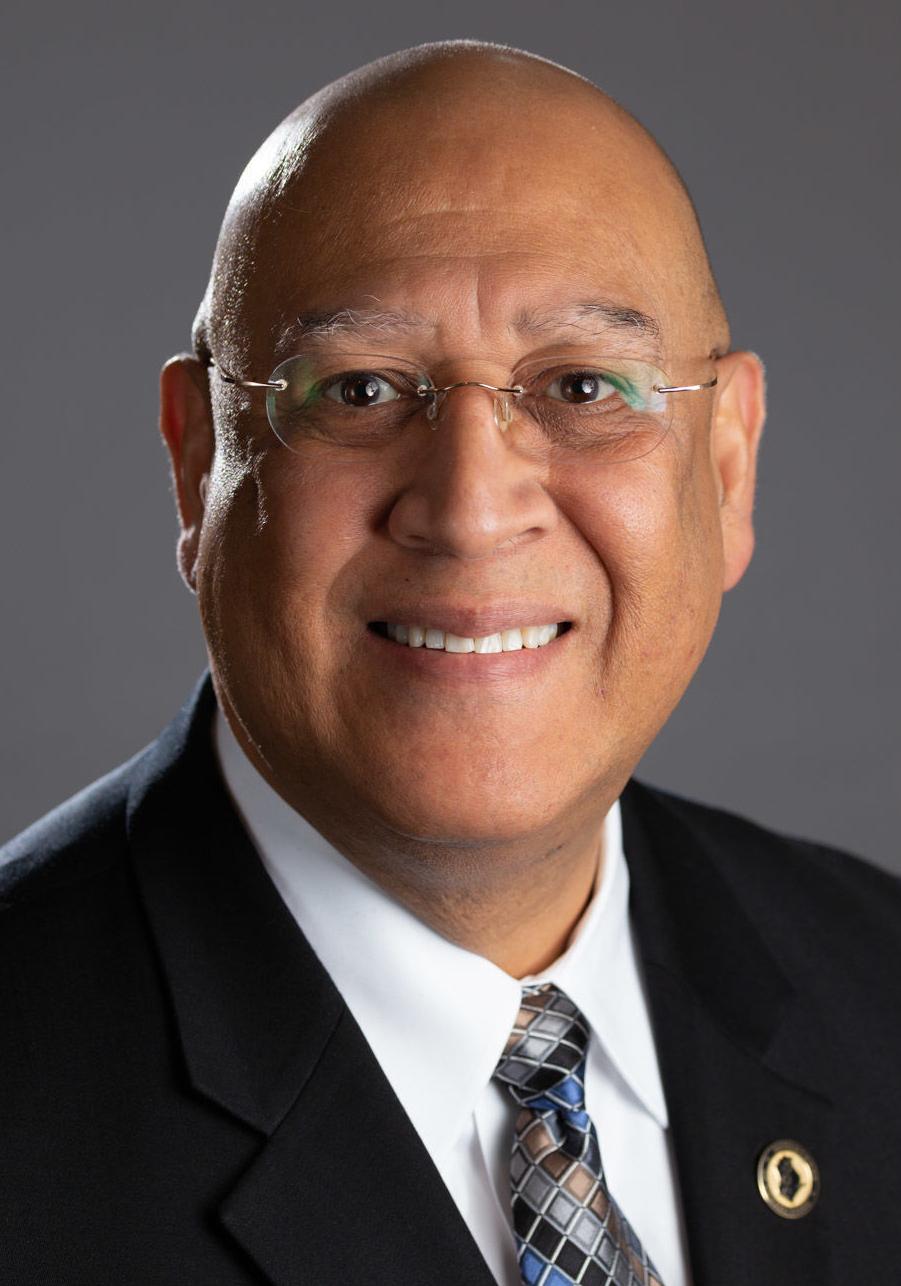 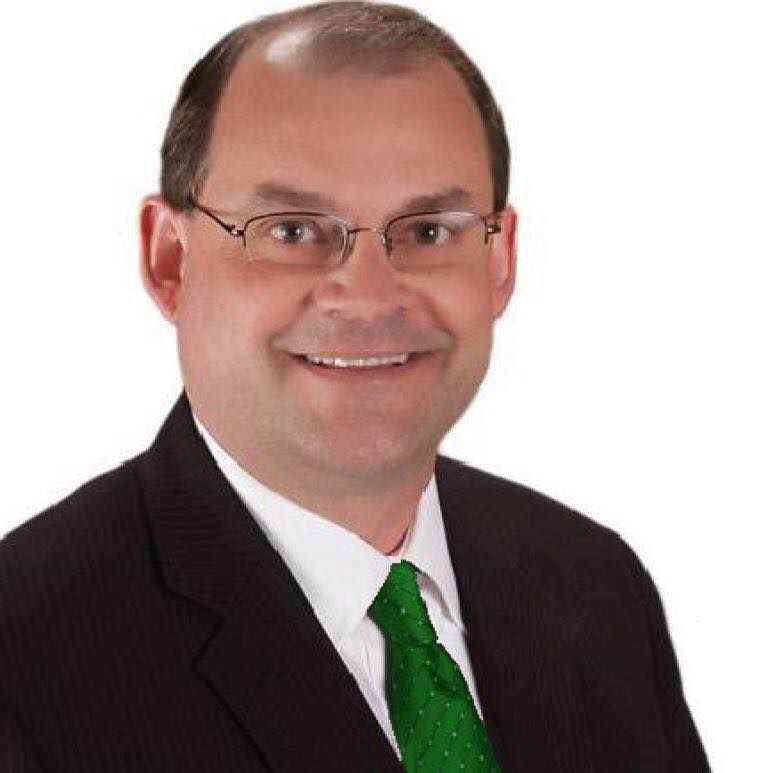