The father of a man police fatally shot outside his Kenosha home in 2004 filed a lawsuit this week against the city seeking access to the bullet that killed his son.

Michael M. Bell filed suit Monday in Kenosha County Circuit Court after his requests to obtain the bullet dating back to last year were denied repeatedly.

Bell had asked that he be allowed access to the bullet that killed Michael E. Bell 17 years ago outside the garage at a home on the city’s south side. The suit also names Kenosha’s city-county Joint Services, which currently has custody of the bullet.

Bell had hired Michael G. Haag, a nationally recognized ballistics expert with the Albuquerque Police Department, to review new evidence collected from the home’s garage trim, which suggested that it sustained an impact from the bullet from the shooting. Bell believes Haag’s examination of the bullet will uncover a more evidence toward an accurate portrayal of how his son’s death unfolded.

The younger Bell was killed by police during a traffic stop on Nov. 9, 2004. Firing the fatal shot was Kenosha Police Officer Albert Gonzales, who was one of four officers involved in the incident.

According to the current suit, some of the circumstances surrounding his son’s death have not been resolved, “including the physical positions of the officers and Michael at the moment of the shooting.”

In continuing to pursue answers, two years ago the older Bell had a segment of aluminum trim coil on the garage examined by Haag, whose testing uncovered lead in a dent on the trim. Because his son’s car had been parked against the garage the new evidence in the trim had not been readily visible until after it was moved as his ex-wife had sold the home. Bell obtained permission from the current owner for the excavation of the segment.

The testing, according to Bell in correspondence with then Police Chief Daniel Miskinis — along with other evidence from the scene, such as shell casing location and slug location, “civilian eyewitness testimony” and the finding of lead in the indentation “— suggests that the bullet that killed Michael Bell was fired from an angle different than what was described in sworn testimony by Kenosha police officers.”

The trim initially underwent testing by the state crime lab, which could not conclusively say what had caused the indentation without the actual projectile involved in the shooting to compare it to.

Bell and his family filed a federal civil suit in 2005 against the officers involved. That wrongful death lawsuit was later settled out of court and they were awarded $1.75 million. Testimony in that case indicated that Gonzales had shot Bell’s son in the left side of his head while standing at the front of a vehicle parked in the driveway.

Other witness testimony and a forensic pathologist’s autopsy report, however, indicated that the younger Bell had a bullet entry wound on the right side of his head. According to information in the wrongful death litigation alluded to in Bell’s latest suit, a video re-creation of the shooting also showed that his son was shot on the right side and that the officer had twisted the younger Bell’s head 180 degrees to shoot him.

Gonzales, a candidate for Kenosha County sheriff, is also being sued by Bell for defamation after publishing his book “A Fateful Two Minutes.” The book is billed as “an insider’s look at one Midwestern police officer’s brush with death. It’s a story of how, through faith and resilience, he and his family overcame persecution, threats and media attacks.”

The older Bell has said Gonzales’ self-published memoirs misquoted Bell while pandering with sordid details about his son’s fatal shooting.

At the Sept. 8 City Council meeting, Bell was critical of the city’s denial of his request to have the projectile tested.

Bell said, having been given the “runaround” by the city, he went to Kenosha County District Attorney Michael Graveley to request that the evidence be released for testing. Bell has said he would be paying for the testing himself. Graveley also denied access to the bullet.

Bell said because of the denials from both jurisdictions, he has had no choice but to seek relief through litigation.

“Seventeen years later, the city has denied a request to inspect the bullet to find the truth,” Bell said before filing suit.

Reached Thursday, City Attorney Ed Antaramian said — other than the fact the city would be defending against the suit — he would not comment specifically on the pending litigation.

A 53-year-old Kenosha man faces two felonies and one misdemeanor for using a stolen debit card.

Kenosha police responded to a report of a gunshot victim in Downtown early Saturday.

A $5,000 arrest warrant was issued Oct. 7 for a 41-year-old Kenosha man charged with felony substantial battery and bail jumping.

A 24-year-old Twin Lakes man faces a felony charge of fleeing after he allegedly led police on a chase into Illinois on Oct. 4.

Woman allegedly tries to steal over $1,100 worth of items from Mount Pleasant Menards; drugs found in purse

STURTEVANT — A woman allegedly tried to steal more than $1,100 worth of items from Menards and had drugs in her purse. 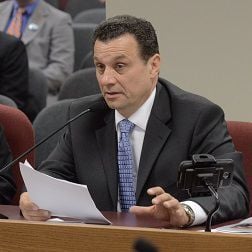 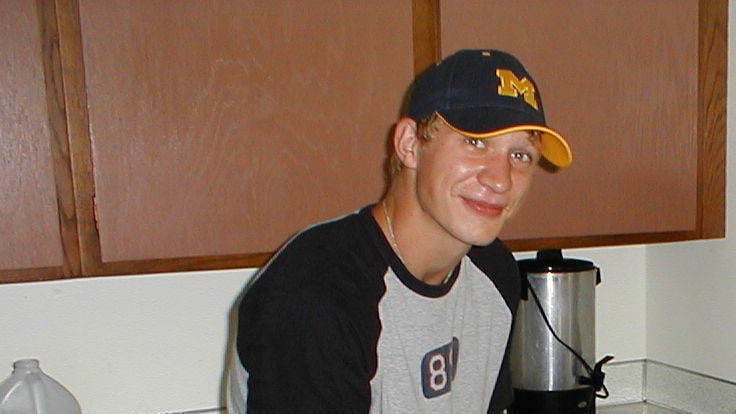