Mark Richards, defense attorney for Kyle Rittenhouse, said his client was threatened by Joseph Rosenbaum, the first person shot during Aug. 25, 2020, unrest in Kenosha. Richards said Rosenbaum wanted "to steal my client’s firearm and use it against him to carry out the threat he had made earlier."

Jurors heard starkly different portrayals of Kyle Rittenhouse — instigator or victim — in opening statements Tuesday at his trial on charges of shooting three men on the streets of Kenosha during a turbulent protest against racial injustice.

A prosecutor said Rittenhouse set the bloodshed in motion when he triggered a confrontation that night and killed a man with a bullet to the back.

“You as jurors will end up looking at it from the standpoint of a 17-year-old under the circumstances as they existed,” defense attorney Mark Richards said.

Rittenhouse, now 18, is charged with killing two men and wounding a third during the summer of 2020 with an assault-style rifle. The one-time aspiring police officer could get life in prison if convicted.

The teenager traveled to Kenosha from his home in Illinois, just across the Wisconsin state line, after protests broke out over the shooting of a Black man, Jacob Blake, by a white Kenosha police officer. Rittenhouse said he went there to protect property after two nights in which rioters set fires and ransacked businesses.

The first witness was his sister’s boyfriend, Dominick Black, who faces charges he bought the rifle for Rittenhouse months before the shootings because the teenager was not old enough to own one at the time.

Black testified that he and Rittenhouse went to downtown Kenosha to help protect a car dealership from property damage, after cars were burned the night before. Black said he thought nobody would start trouble if they saw him with his assault-style rifle. He also said Rittenhouse helped give medical aid and put out fires.

Black said he was on the roof as protesters hurled gasoline bombs and rocks at the business. He said he heard gunshots but didn't know Rittenhouse was involved until the teenager called and said, "I shot somebody, I shot somebody.”

Afterward, Black said, Rittenhouse was “freaking out. He was really scared. He was pale, shaking a lot.” Black said Rittenhouse told him that he acted in self-defense because “people were trying to hurt him.”

In his opening statement, prosecutor Thomas Binger described the unrest in Kenosha as “two of the roughest nights that our community has ever seen" and said outsiders were drawn to the city “like moths to a flame.”

Yet Binger repeatedly stressed that amid the hundreds of people in Kenosha and the anger and chaos in the streets, “the only person who killed anyone is the defendant, Kyle Rittenhouse.”

“When we consider the reasonableness of the defendant’s actions, I ask you to keep this in mind,” Binger said, after explaining to the jury that a claim of self-defense can be valid only if Rittenhouse reasonably believed he was using deadly force to prevent imminent death or great bodily harm.

The prosecutor said that it is not known exactly what words were said, but it is clear that Rittenhouse started a confrontation that led Joseph Rosenbaum to begin chasing Rittenhouse across a parking lot.

Binger emphasized that Rosenbaum, 36, was killed by a shot to the back after he threw a plastic bag. The prosecutor noted that the first two bullets hit Rosenbaum in the lower extremities, causing him to fall forward.

Richards, the defense attorney, argued that it was Rosenbaum who “lit the fuse that night." Rosenbaum yelled an expletive at Rittenhouse and lunged for his gun before Rittenhouse fired at him, according to the defense.

Rittenhouse fired four shots in less than a second because Rosenbaum was "trying to take Kyle’s weapon from him to use against him,” Richards said.

Binger, the prosecutor, said that after shooting Rosenbaum, Rittenhouse fled the scene instead of rendering aid, despite portraying himself as a medic earlier in the night. But Richards said Rittenhouse didn’t stop to help because the crowd wanted to “kill him," and instead ran toward police.

The crowd at that point clearly believed Rittenhouse was an active shooter, according to the prosecutor.

The defense also apparently pushed back against the notion that Rittenhouse was an outsider drawn to Kenosha by a call to arms on right-wing social media. Richards said Rittenhouse had strong ties to Kenosha -- his father lived there and Rittenhouse worked in Kenosha County as a lifeguard -- and had seen livestreams of what was happening.

As his attorney displayed photos and video clips from the night of the shootings, Rittenhouse, wearing a dark pinstriped suit and tie, leaned on his elbows to view the images on a desktop monitor. He sat ramrod straight as audio of gunfire was played, and occasionally turned toward jurors, seeming to scrutinize their reactions.

His mother, Wendy Rittenhouse, sat behind him.

Rittenhouse has been painted by supporters on the right — including foes of the Black Lives Matter movement — as a patriot who took a stand against lawlessness by demonstrators and exercised his Second Amendment gun rights. Others see him as a vigilante and police wannabe.

He is white, as were those he shot, but many activists see an race as an underlying issue in the case, in part because the protesters were on the streets to decry police violence against Black people.

Testimony continues in the fourth day of the Kyle Rittenhouse trial in Kenosha. Watch the proceedings here.

Kyle Rittenhouse's defense team has tried again, unsuccessfully, to get a charge for possession of a dangerous weapon by a minor dropped. 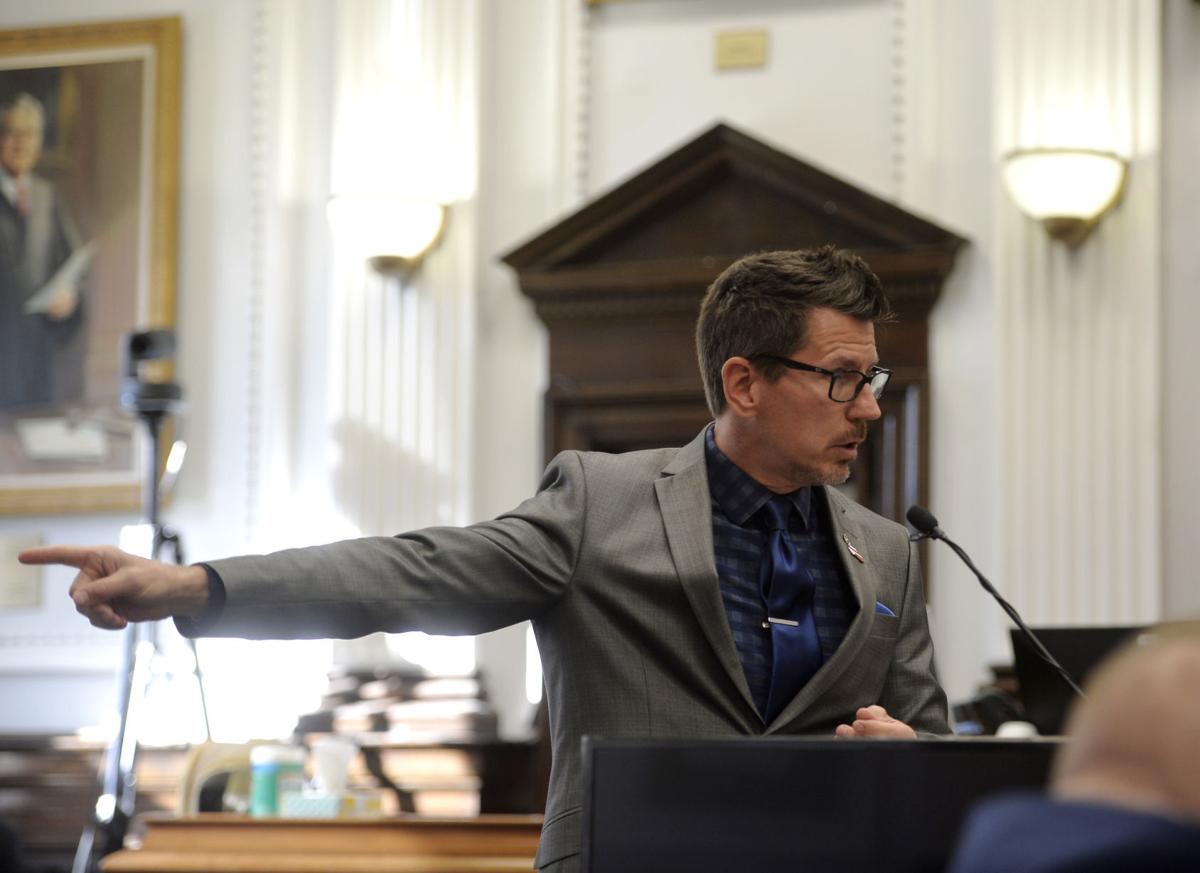 Assistant District Attorney Thomas Binger points to Kyle Rittenhouse as he gives opening statements to the jury during the Kyle Rittenhouse trial at the Kenosha County Courthouse in Kenosha, Wis., on Tuesday, Nov. 2. 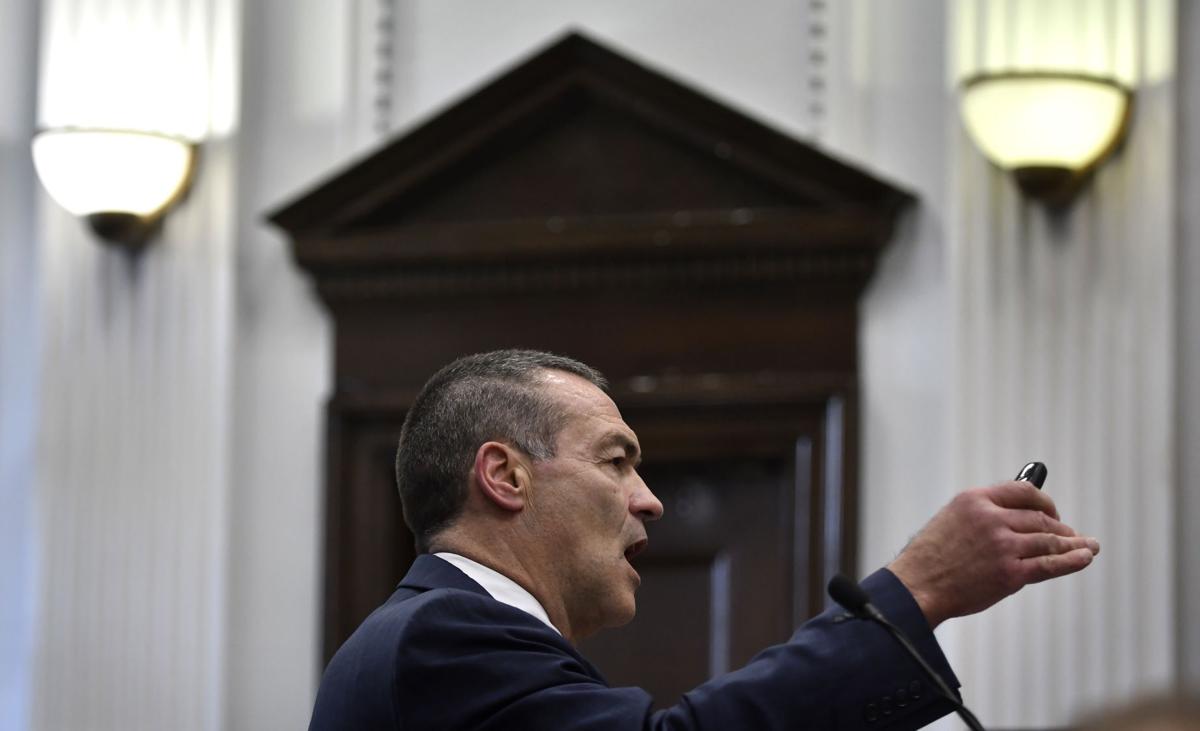 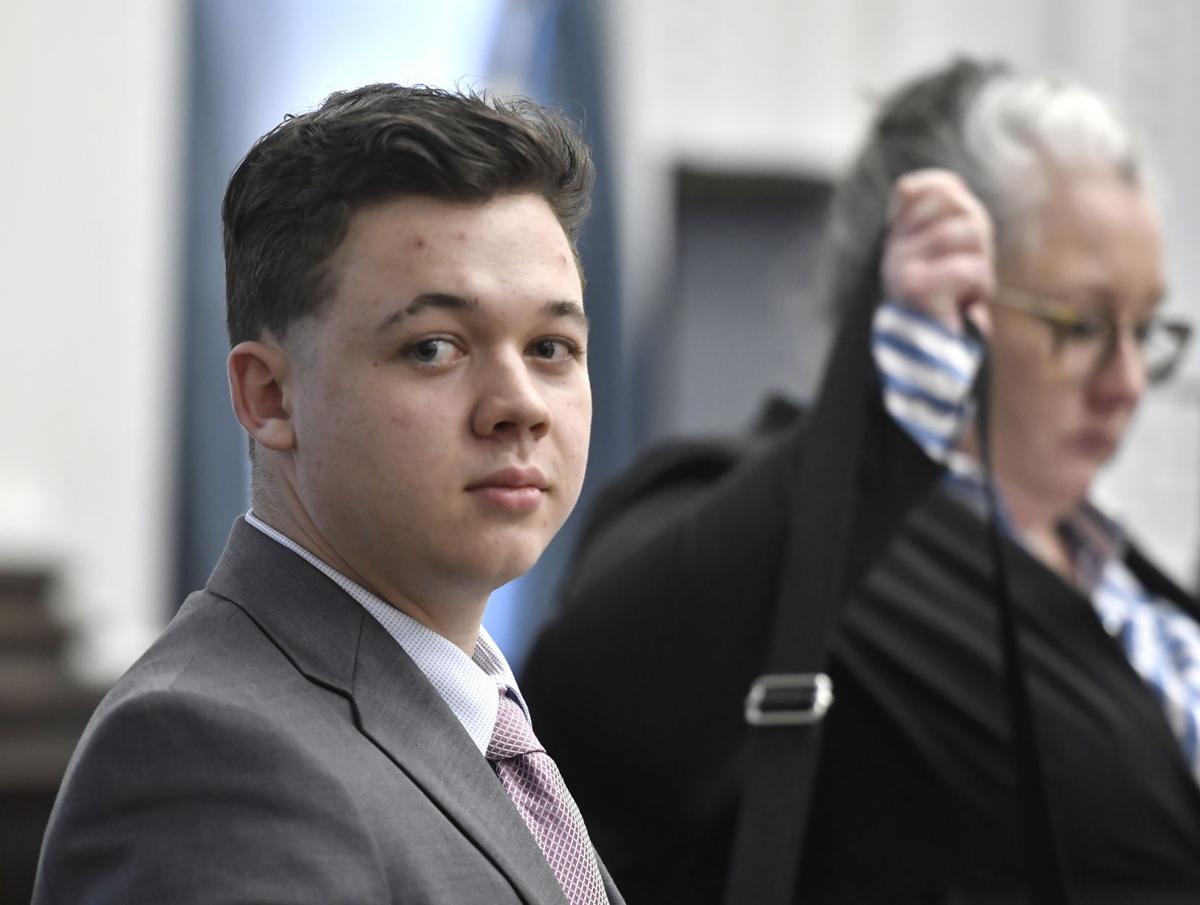 Kyle Rittenhouse looks back at the gallery in the courtroom as the room is let go for an afternoon break at the Kenosha County Courthouse in Kenosha, Wis, on Monday, Nov. 1, 2021.