Here are the crime stories published online and in the print product of the Kenosha News between Feb. 13 and Feb. 17, 2020. 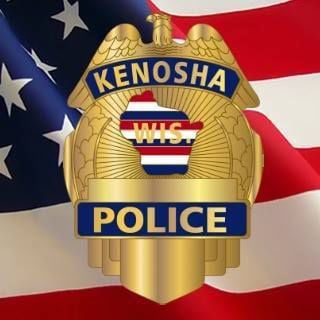 A Kenosha man is being held on $350,000, accused of shooting a man outside a party in November.

Brian Walton, 36, was arrested Saturday. He had been wanted since Dec. 23 on a warrant for attempted first-degree intentional homicide and possession of a firearm by a felon.

According to the criminal complaint, Walton is alleged to have shot a man in the stomach on Nov. 16 after he and the man argued at a party.

The complaint states that when the other man walked out to his car in the 6900 block of 14th Avenue, Walton was outside with another man.

The two again exchanged words, and Walton allegedly shot the man, who survived.

Walton was taken into custody by gang unit officers Saturday, according to Kenosha Police.

He is next expected in court Feb. 27 for a preliminary hearing.

As the homicide trial for 16-year-old Martice Fuller was set to begin Monday morning, allegations of jury tampering arose, forcing the judge to postpone the case.

The trial will now be held in May.

Fuller is accused of first-degree intentional homicide for the May 9, 2019, shooting death of his 15-year-old former girlfriend Kaylie Juga.

He is also charged with attempted homicide for shooting and injuring her mother Stephanie Juga.

His trial was set to begin Monday after the state and defense spent the day Friday choosing a jury.

On Monday before the trial began, District Attorney Michael Graveley told the court that in a series of three recorded phone calls from the Kenosha County Jail over the weekend, Fuller had contacted relatives and given them the names of five jurors, asking them to contact relatives of those jurors on his behalf.

Graveley said there is an ongoing investigation into whether there was any contact with jurors.

“There is nothing you can do that is more manipulative to this process,” Graveley said, saying that if the trial went forward, he would want to present evidence of the alleged attempt at tampering to the jury.

Defense attorney Carl Johnson argued that if evidence of the phone calls was presented to the jury, jurors could see themselves as victims in the case.

“We do not believe that Mr. Fuller would be able to have a fair trial if the jurors heard their names (in the recorded calls),” Johnson said.

After considering the arguments and looking at case law, Judge Mary K. Wagner decided to adjourn the trial.

“This is a very serious, serious allegation,” she said, saying that all efforts need to be made to assure a fair trial, although Fuller’s own actions created the problem.

“That is what every defendant and every prosecutor has the right to expect, and that appears to have been tampered with.”

Wagner said she did not want to risk having to retry the case.

The judge barred Fuller from having contact with the people he spoke to about the jurors. Those names were not given in court, but were shared with the defense.

The trial is now scheduled for May 11.

Man arrested for OWI with infant in car

KENOSHA — A Milwaukee County man was arrested Sunday for operating while intoxicated with an infant in the car.

According to the Wisconsin State Patrol, Jerome L. Collins, 26, was pulled over for speeding at about 6 p.m. Sunday on northbound Interstate 94/41 near Highway 142.

A search of the vehicle yielded a jar of marijuana and a smoking device.

Police said Collins' 1-month-old child and the child's mother were also in the car.

After a field sobriety test, Collins was arrested for first offense of operating while intoxicated.

The child and mother were taken by Kenosha County Sheriff’s deputies to a safe location, the state patrol said.

Amelio Jr., 17, was charged Friday with stalking a victim under 18 — a former girlfriend — along with two counts of bail jumping. He is out on bond for a drug charge in which his father and sister were also charged, as well as a separate disorderly conduct and battery case case involving the same girl.

Shawn Amelio, Sr., 45, of Kenosha, pleaded guilty Tuesday to second degree reckless homicide for the shooting death of 19-year-old Khaled Alchaar. Alchaar was killed outside a Cheddar’s restaurant, 10366 77th St., in Pleasant Prairie on May 20, 2019, in what prosecutors said was related to a robbery during a marijuana deal.

Amerlio Sr.’s daughter, Christina Amelio, 19, pleaded guilty to two marijuana dealing charges, one case in which her brother Shawn Jr. was also charged. The state filed those charges after police discovered evidence of a marijuana dealing operation while serving a search warrant on the Amelio home during the shooting investigation.

In the charges against Amelio Jr., the criminal complaint alleges that he continued to contact a 17-year-old girl in violation of a court’s no-contact order, repeatedly calling and messaging her and showing up at her job. According to the complaint, he created fake social media accounts to try to contact her. According to the complaint, the girl continued to receive messages while police were at her home responding to the violation of the no-contact order. “During my conversation with (the girl), Shawn messaged her over 30 times and called her at least five times,” the report states.

Police talked to Amelio Jr., who denied repeatedly contacting the girl, saying she made false statements against him.

The vehicle was running and in gear, with Usinger’s foot on the brake, according to the criminal complaint.

Because Usinger was not responsive, a police officer broke a rear passenger window to get to him. He woke up when the glass was broken.

According to the report, police found drug paraphernalia and a small amount of heroin in the vehicle. Usinger told police he had used heroin. He was treated at a local hospital

He is being held on $7,500 bond and  scheduled to next appear in court for a preliminary hearing Feb. 21. 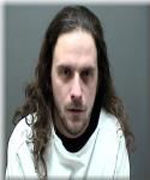 YORKVILLE — An Illinois man was arrested on drug charges Thursday after he reportedly flipped off deputies who were chasing him and filmed the pursuit.

At 2:54 p.m. Thursday, Racine County Sheriff’s Office deputies attempted to stop a southbound vehicle on Interstate 94 near Highway 11 that was going over 95 mph, according to a Sheriff’s Office news release.

The vehicle reportedly tried eluding deputies with “dangerous, evasive maneuvers,” according to the Sheriff’s Office.

At one point the driver allegedly stuck out his hand from his window and showed his middle finger to deputies. The driver was also seen with his cellphone in his hand, filming the pursuit.

The vehicle eventually pulled over to the shoulder of I-94, and a high-risk traffic stop was conducted. A police dog reportedly detected narcotics in the vehicle. An Alprazolam pill and 14.5 grams of marijuana were found in the vehicle.

Gurdak is being held at the Racine County Jail, pending charges of fleeing and eluding, possession of marijuana and possession of schedule IV drug.

According to a news release, Kenosha County Drug Operations Group and Twin Lakes Police executed a search warrant Jan. 31 at 503 N. Lake Ave. in Twin Lakes, the result of an investigation that showed evidence of repeated drug sales.

Officers recovered various pipes, scales, manufacturing equipment, marijuana, methamphetamine and other items that were consistent with the sale and use of methamphetamine.

During the warrant investigation, officers learned a man was on his way to the residence with a “substantial” amount of methamphetamine.

When he arrived, he reportedly refused commands to surrender. He was taken into custody with the assistance of Twin Lakes’ police dog Rex.

The man, Bradley Semrich, 32, of Arkdale, was in possession of more than five ounces of methamphetamine, LSD, marijuana, pipes, scales and packaging materials, police said.

Semrich was on parole and has a lengthy criminal history, according to police. He was recently released from prison after serving three years of a six-year sentence.

He is facing felony charges for possession of methamphetamine, drug paraphernalia, LSD and marijuana.

Also arrested was Heather Demarr, 26, of Twin Lakes. She is facing a felony charge of drug possession and two misdemeanor charges.

No officers were injured. Semrich was treated at the scene by Twin Lakes Rescue Squad. He was later taken to the Kenosha County Sheriff’s Office.

The woman was taken into custody in the 11:39 p.m. Feb. 7 incident at Kenosha Midnight, 5605 22nd Ave., according to a Kenosha Police Department report.

According to the report, the woman had been asked by one employee to move because she was blocking the path for another employee who was unable to get behind a counter. The woman refused and pushed items off the counter.

When employees informed her they were calling police and had locked the door, she punched one of the employees. She then punched another employee who was attempting to break up the fight, according to the report.

A Fond du Lac man has been arrested for allegedly driving drunk with two children in his car.