A small group of protesters chanted on the steps of the Kenosha County Courthouse on Tuesday morning. They yelled refrains heard in every American city throughout 2020 and 2021: “No justice, no peace”; “Black Lives Matter.”

At the center was Justin Blake, uncle of Jacob Blake, waving a Pan-African red, black and green flag.

Another man who had a megaphone behind the protesters accused Black Lives Matter of being “a terrorist organization.”

Inside the courthouse, jury deliberations continued in one of the biggest trials this century, deciding the legal fate of Kyle Rittenhouse for the three shootings on Aug. 25, 2020, in Kenosha, two nights after Jacob Blake was shot by a Kenosha Police officer. The jury did not render a verdict on Tuesday.

The pro-BLM demonstrators Tuesday called Kyle Rittenhouse a “bigot.” A “selfie station” with a cardboard cutout of Rittenhouse holding up the OK sign associated with white power, which he was caught on video gesturing at a Mount Pleasant bar prior to a pretrial hearing, was set up on the sidewalk below the American flag.

Meanwhile, standing on top of a concrete block that holds the U.S. flag, a woman held up two cardboard signs that read “Self-defense is not a crime” and “BLM and Antifa are here 2 intimidate.”

Mark and Patricia McCloskey, the Missouri couple who drew national attention last year for pointing guns at Black Lives Matter demonstrators who walked down the street in front of their home, have been on the scene in Kenosha this week showing their support for Rittenhouse.

Mark McCloskey told an independent reporter that he blamed defunding the police for the violence last year, even though Kenosha police were not defunded prior to or since last year’s riots. A personal-injury attorney, Mark McCloskey is currently running for the U.S. Senate in Missouri.

“If you defund the police, and the government is not there to protect the citizens, citizens have to protect themselves” Mark McCloskey speaking outside the Kenosha courthouse today, as the Rittenhouse case nears a verdict #Kenosha pic.twitter.com/d4CkMBJ7Xi

In Civic Center Park, located across the street from the courthouse, a Black woman who identified herself as “CGW” (Chocolate Goddess Warrior) got into an argument with a white man moments after she accused McCloskey and others of being white supremacists. The man repeatedly yelled about the murder rate in Chicago, to which the woman responded, “When Black people commit crimes, they go to prison,” and that she believes Rittenhouse should go to prison, too.

Some shouting occurred between the opposing sides, but no violence as of Tuesday evening. A pickup truck continuously circled the block in front of the courthouse with a wooden sign in the back accusing the government of identity theft.

Violence is not on the agenda, one of the leaders of the pro-BLM demonstrators said.

“Today I’m out here for justice for Anthony Huber and JoJo (Joseph Rosenbaum) and the other victim, Gaige (Grosskreutz),” said Xavier Simmons, a Racine-based organizer. He called for “being peaceful in the street today. … We can’t have infiltrators coming in and agitating.”

The man with a megaphone who was anti-BLM declined to speak with a reporter, but he repeatedly accused Black Lives Matter of “supporting a pedophile,” a possible reference to Rosenbaum’s criminal convictions prior to his death.

Members of the media and onlookers still outnumbered the dozen-or-so demonstrators at least 3-to-1 throughout the day, although the number of protesters had increased by nightfall.

A number of sheriff’s deputies stood throughout the courthouse grounds and in nearby Civic Center Park on Tuesday, keeping watch but not getting involved in many conversations unless approached.

Life tries to return to normal in Kenosha. Page A3

SOMERS — The victim in Friday's fatal two-car accident on Highway 31 between Highways M and KR was identified Monday morning as Isaac A. Melen… 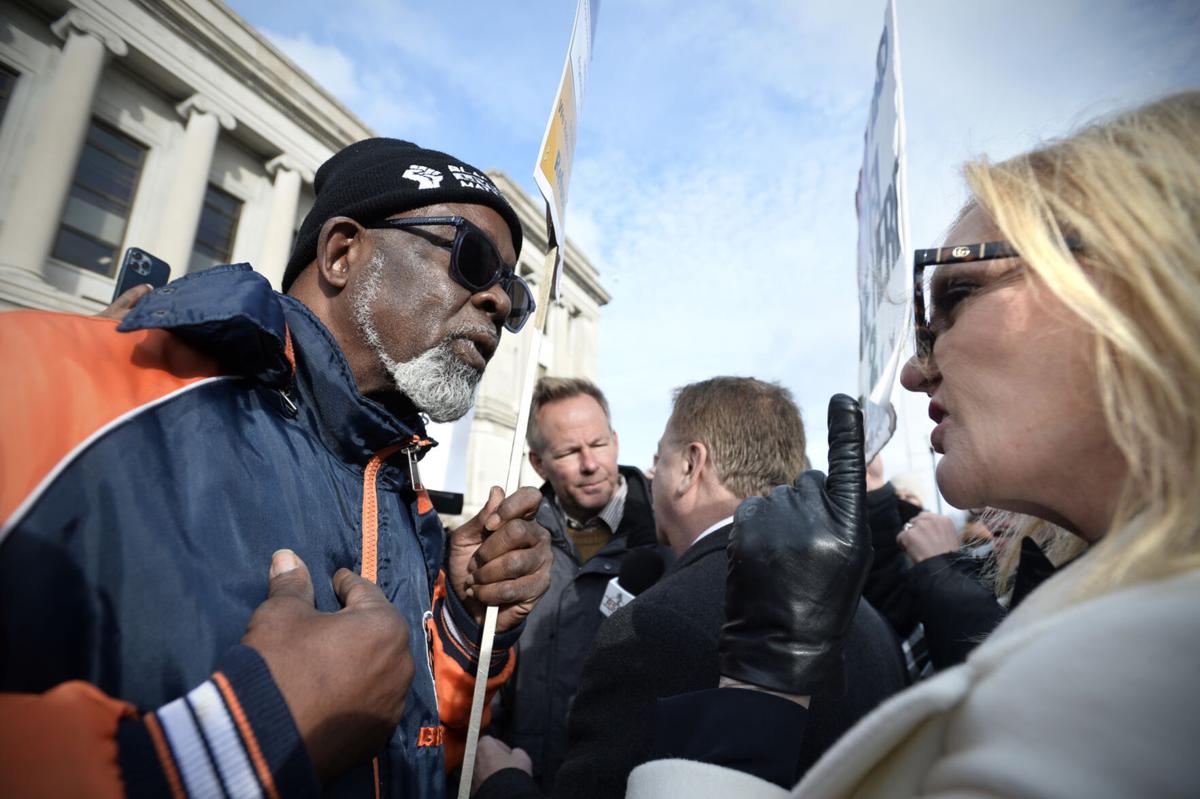 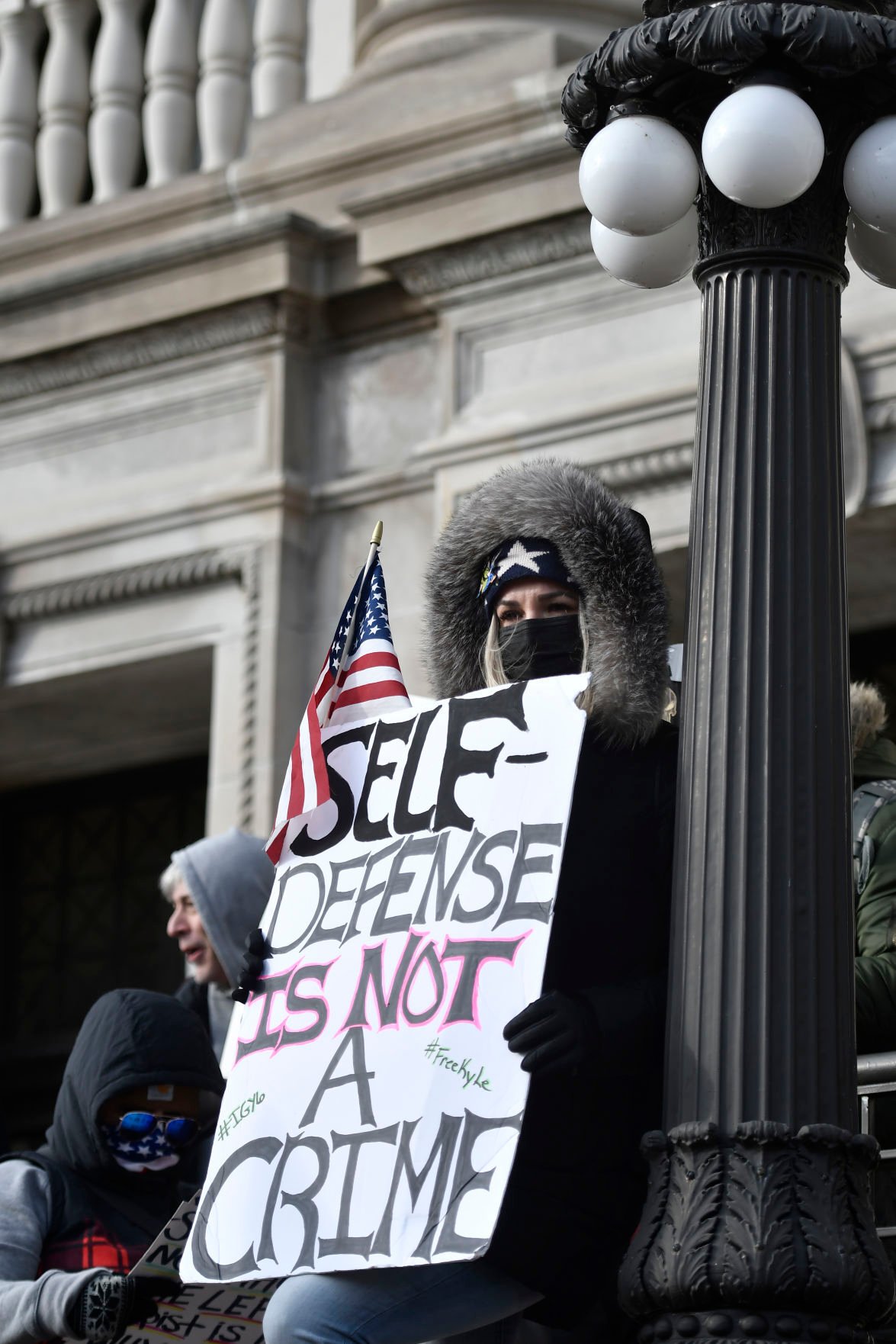 A woman stands next to a light post with a sign in support of Kyle Rittenhouse at the Kenosha County Courthouse on Tuesday. 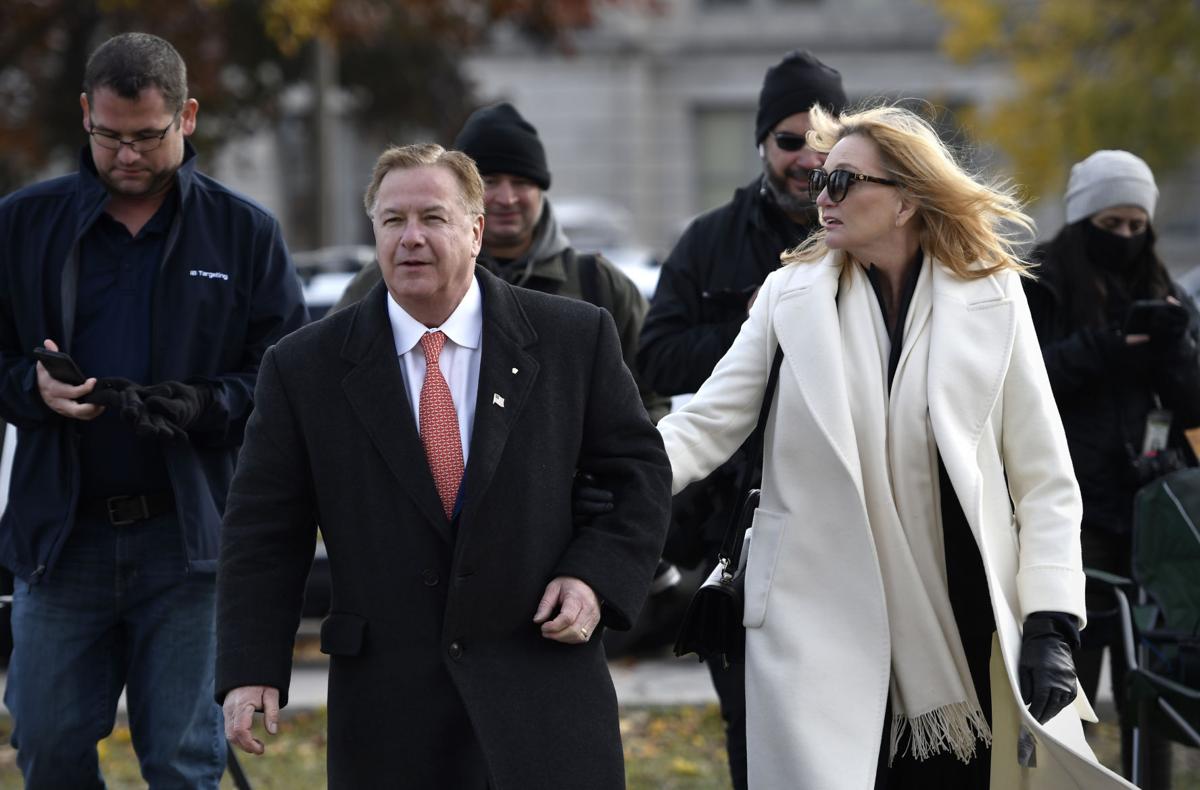 Mark McCloskey, center, and his wife, Patricia, make their way to the Kenosha County Courthouse during Kyle Rittenhouse's trial on Tuesday. 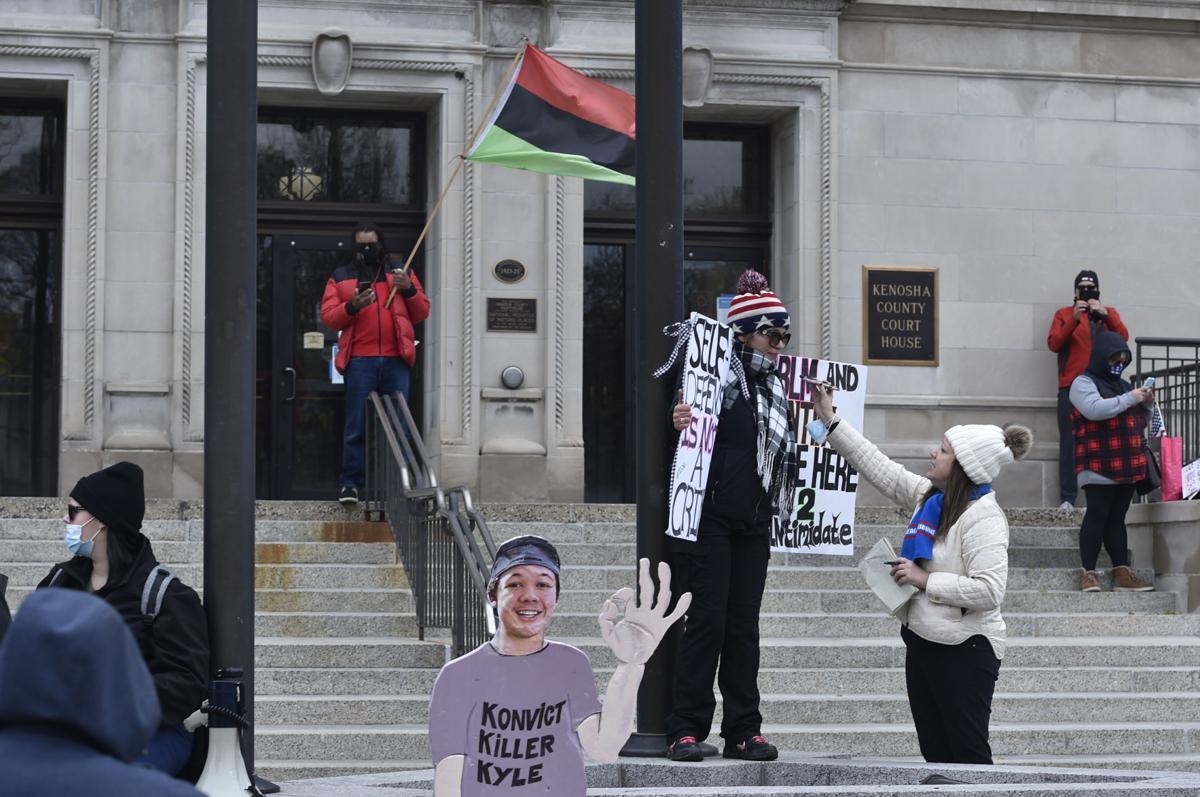 At front, a cardboard cutout of Kyle Rittenhouse with his caricature holding up the "OK" symbol associated with white power — which he was seen holding up at a Mount Pleasant bar after a pretrial court hearing — stands outside the Kenosha County Courthouse on Tuesday morning. At center, a woman opposing Black Lives Matter speaks with a reporter. At rear, Justin Blake, uncle of Jacob Blake, waves a Pan-African flag.