US warns of potential virus spread as travel restricted abroad

Day after snowstorm, rockets take to the sky
View Comments
Share this
{{featured_button_text}}
1 of 5 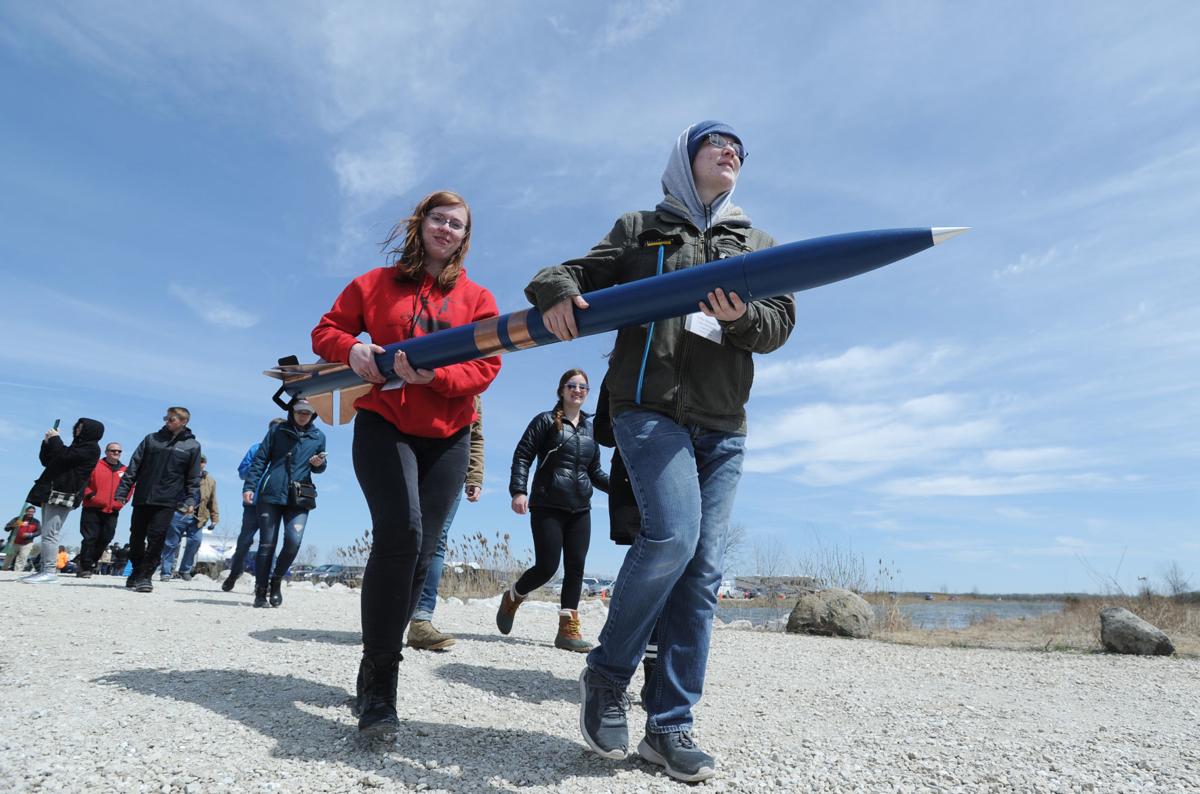 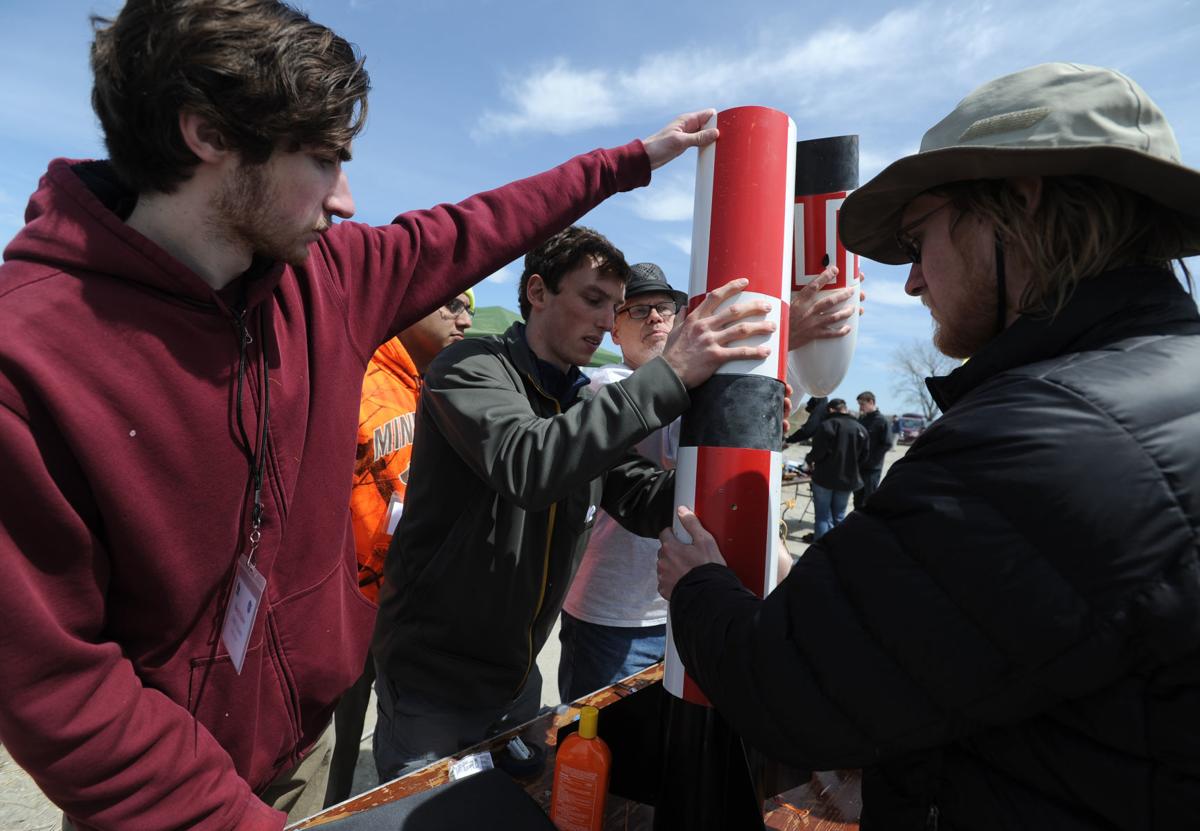 The team from UW-River Falls works to put its rocket together at Richard Bong Recreation Area on Sunday, April 28, 2019. 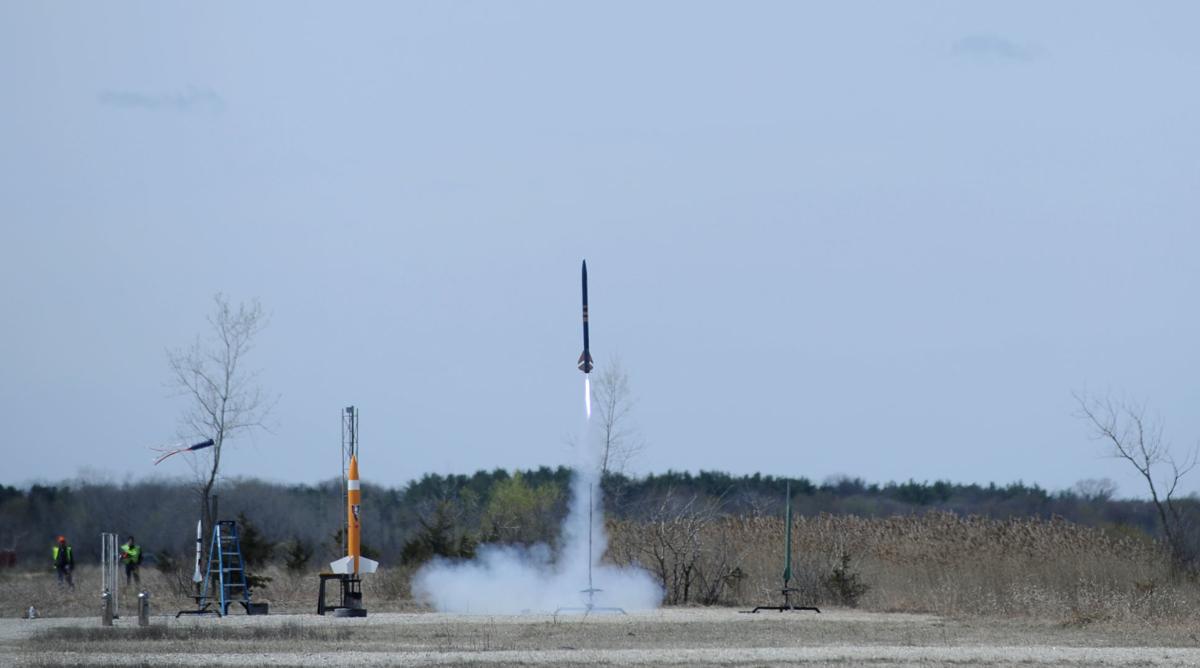 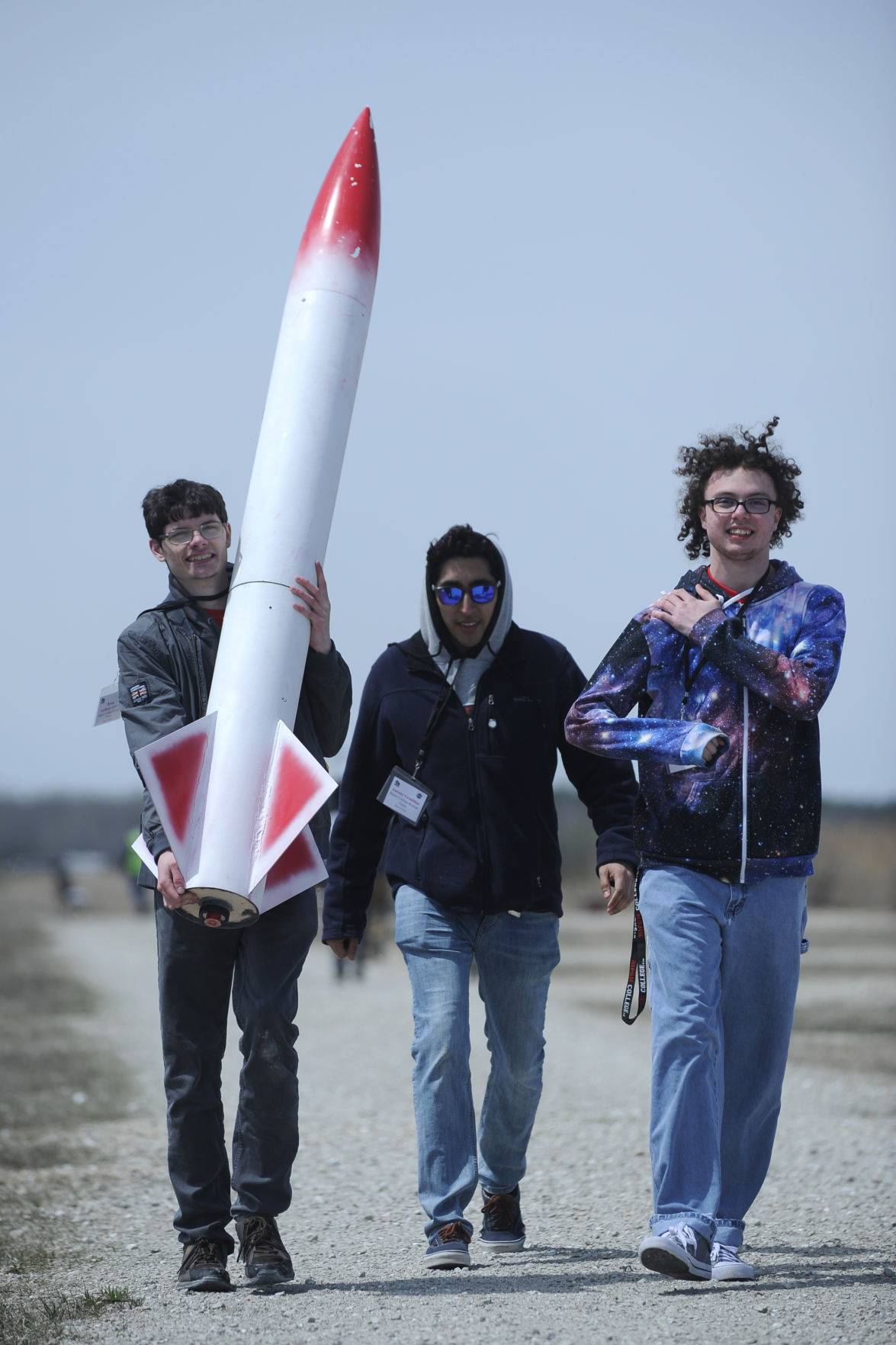 BRIGHTON — A day after snow blanketed much of the prairie at Richard Bong State Recreation Area, 11 college teams from Wisconsin converged upon an area designated for launching rockets and observed their red glare piercing a cool, partially hazy Sunday afternoon sky.

The Wisconsin Space Grant Consortium Collegiate Rocket Launch competition, which was postponed due to the wintry weather Saturday, featured the familiar explosions and accompanying tearing sounds of high-powered rocket discharge that drew “oohs” and applause from team members and spectators who had gathered on the gravely, mucky ground in between patches of prairie grass.

Carthage is in its fifth year competing, according to Christine Bolz, assistant director for the consortium based at Carthage.

Student teams are required to design, construct and fly their “one-stage” rockets that, upon sustaining an apogee — or the farthest point in its orbit from the surface — must land safely, parachute deployed along with a ground excursion module, or GEM rover, that actively collects data. The criteria for a successful launch includes the rocket maintaining apogee in the range of 700 to 1,000 feet before returning to earth. The competition also involved other components such as design presentation and report, flight performance evaluation, project management and educational outreach.

Members of the Carthage team said they were concerned about what data the rover was able to collect, as a micro SD in it had come loose. The rocket itself did what it was designed to do, however.

“It looked really good. It went up straight and parachutes deployed like they should,” said team lead Megan Janiak of Kenosha. “Our rover stayed attached the whole way down.”

Team member Alessandro Tocci, of Pleasant Prairie, said the camera was supposed to be saving video, but for the micro SD card being “yanked out” at the point launch.

The team later learned that it met the requirement for apogee, maintaining for 779 feet.

Kevin Crosby, the consortium’s director, said he was pleased with the turnout despite the weather issues.

“The competition parameters are different every year, and this one is a particularly challenging one,” he said. “To actually land a robotic excursion module and have it record data after wind cock is challenging. We’re trying to model the sorts of missions and difficulty level that you would see in a real NASA mission.”

The consortium also played host to the nation’s largest high-powered rocket competition for Native American college students, which had its launch on Friday after officials learned of the predicted snowstorm.

“Typically, we run both competitions on the same day,” Bolz said. “But because of the snow they launched Friday.”

That competition included 124 students on 15 teams from 11 states which also visited Carthage College during the last half of April to present their rocket design projects, participate in motor and launchpad preparation workshops, and prepare for their launch.

RACINE — Of the four people charged in last year’s alleged robbery of a Racine Wells Fargo Bank branch and kidnapping of a Kenosha woman, it a…

The team from UW-River Falls works to put its rocket together at Richard Bong Recreation Area on Sunday, April 28, 2019.