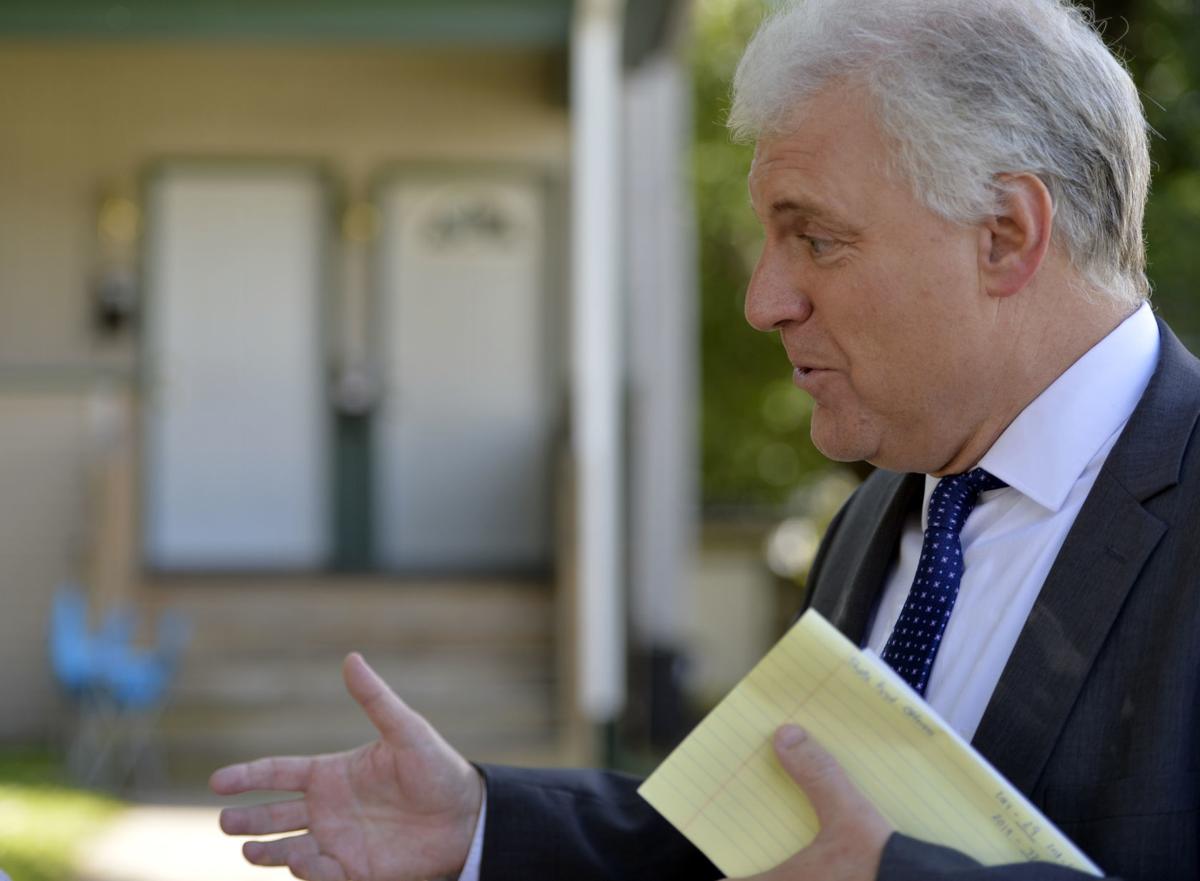 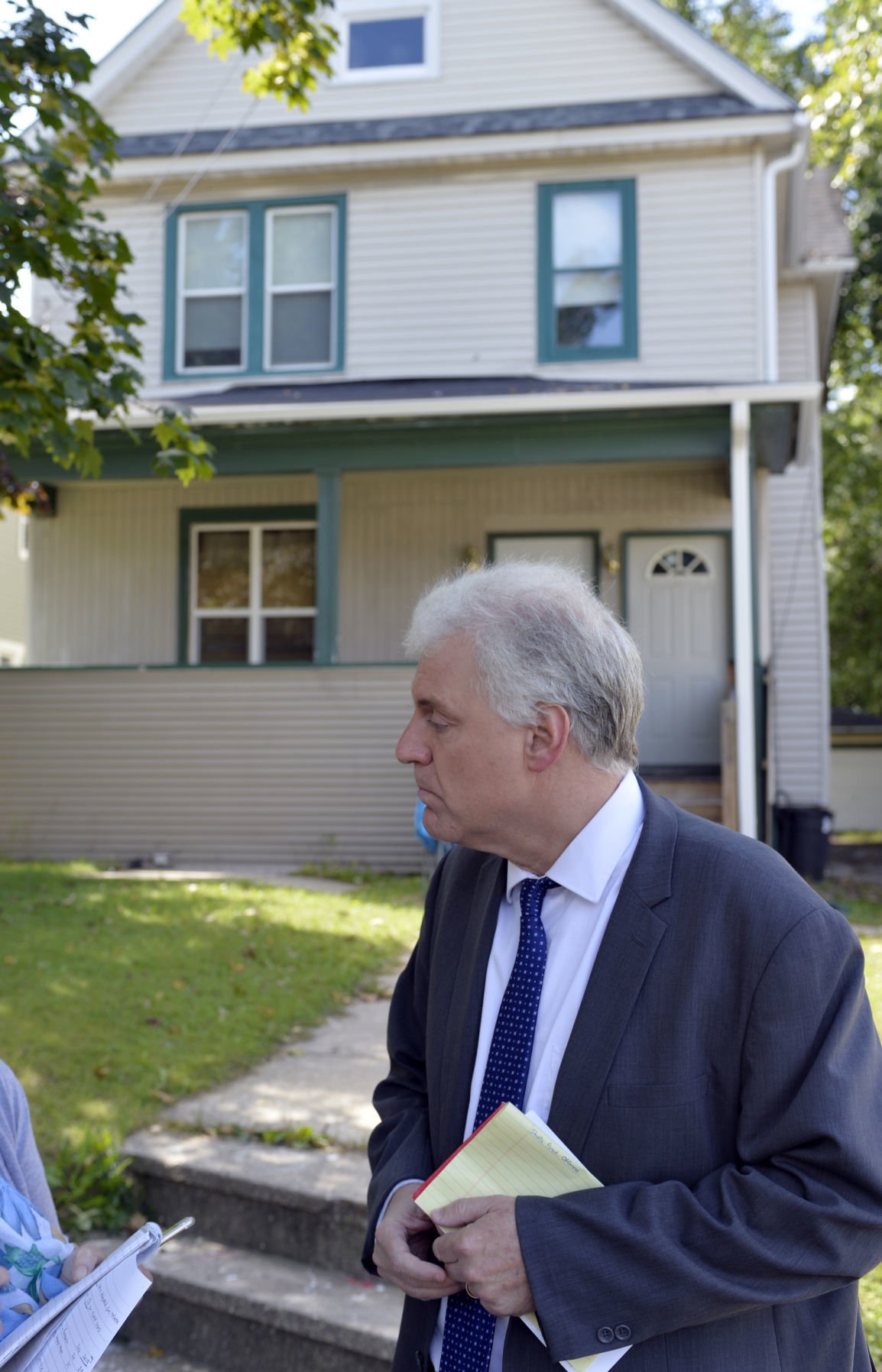 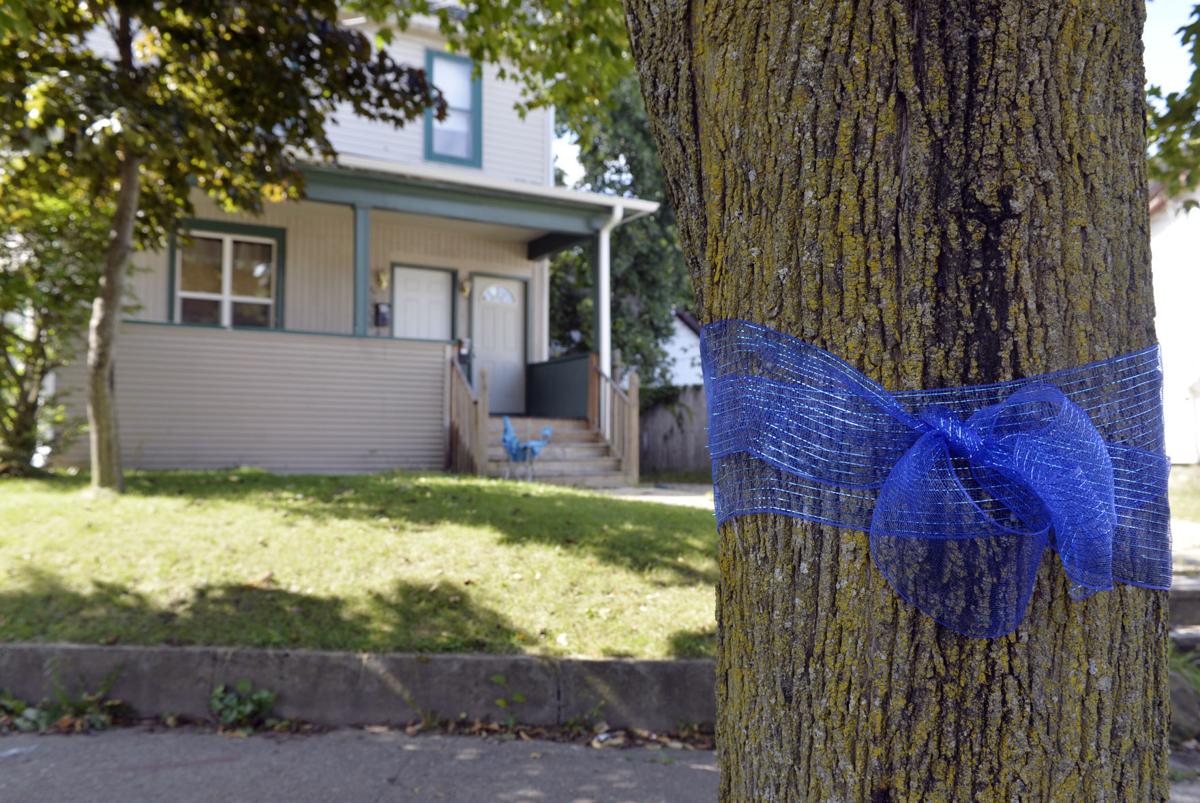 A house in the 5900 block of 19th Avenue is marked with a ribbon against gun violence. 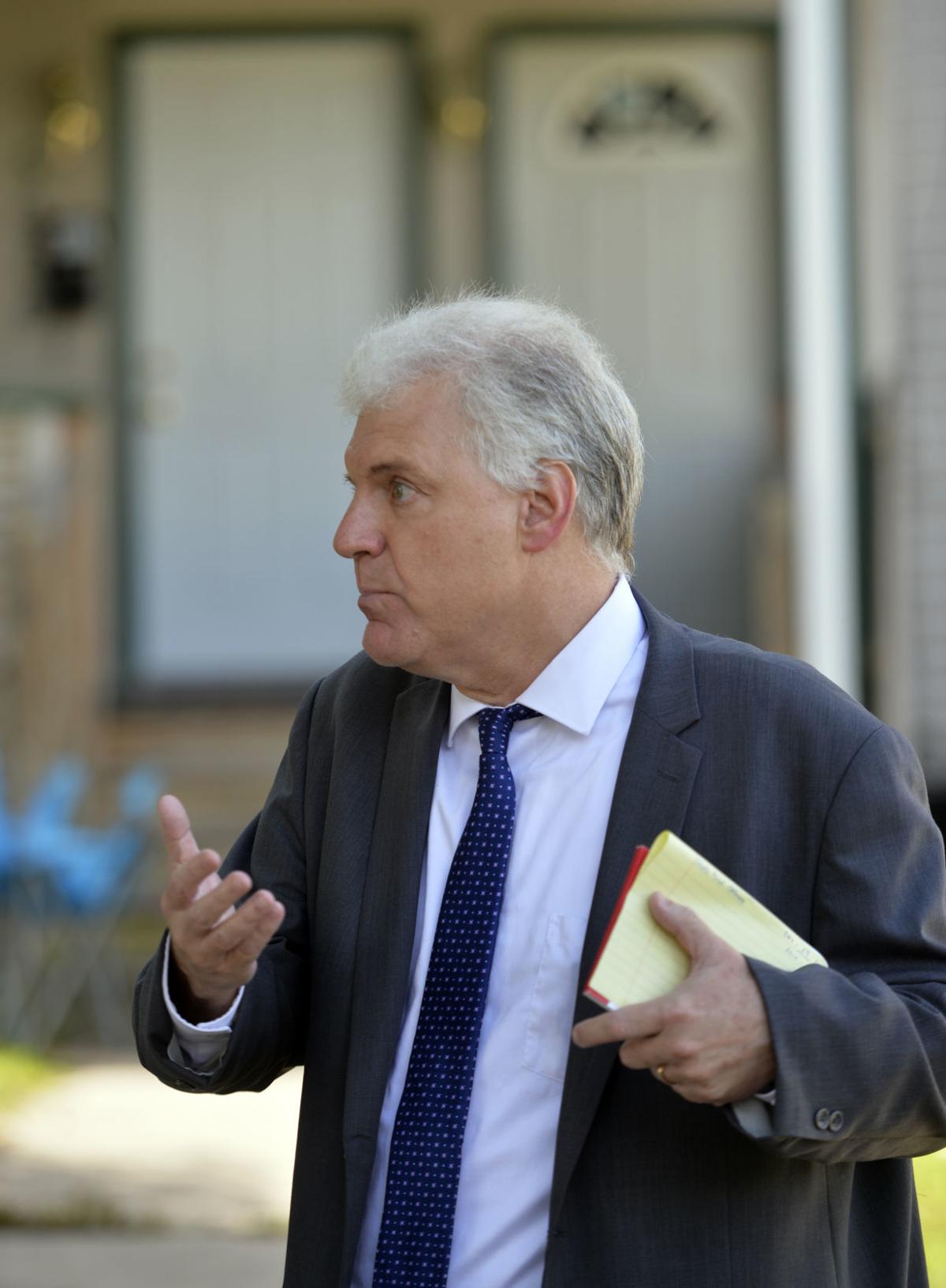 Gov. Tony Evers announced this month that the state would provide money to create 60 new assistant district attorney staff positions in Wisconsin, with additional prosecutors added at counties around the state. Kenosha will be able to add one additional full-time prosecutor to the office.

Kenosha District Attorney Michael Graveley said he is grateful for the addition of a new staffer, and wanted to use the additional staff to address what he sees as a growing problem in the community.

“We have to decide what is the best use of that position consistent with our usual priorities, which is how to make people safer,” Graveley said. “From my perspective this year that’s really a no-brainer because of the dramatic uptick in the number of 'shots fired' cases and gun cases throughout the justice system.

Gun-related crimes on the rise

Kenosha Police have also seen an increase in gun-related calls and arrests, with calls for service for “shots fired” increasing sharply over the last five years.

For those "shots fired" calls that were substantiated by police with evidence of gunfire was found at the scene -- for example shell casings found, damage to buildings or property, or witnesses who saw someone firing a weapon -- there were 29 cases in 2014, 66 cases in 2018 and 72 cases year-to-date in 2019.

He said those local statistics follow regional and national trends, and are not unique to Kenosha.

Graveley visited the site of the Sept. 15 shooting death of 23-year-old Keshawn Jenkins. Jenkins was shot while standing near his parked car on the 5900 block of 19th Avenue in Kenosha.

“I worry that sometimes in Kenosha people simply read the address of where a shots fired has occurred and they see it’s not where they live or their families live, and then the conversation is over,” Graveley said.

As he visited the block, Graveley stopped to talk to people who were sitting on their front porch across the street from a small memorial near the driveway where Jenkins was shot.

He said 19th Avenue where the shooting occurred is a busy street that people travel to reach Frank Elementary School or to commute to buildings downtown, including the Kenosha County Courthouse.

There have also been shooting homicides over the last 12 months in the parking lot of a popular restaurant in Pleasant Prairie, in a middle class neighborhood in Kenosha, and in home invasion in Salem Lakes.

“This is not a phenomena that is just in the city. We’ve had more shootings in Pleasant Prairie, in Wheatland, in Twin Lakes, so we are talking about something that is county wide and needs more attention.”

Increase is presence of guns

Kenosha Police Deputy Chief Eric Larsen said that, overall, crime has been on a downward trend in Kenosha. even while shots-fired calls have increased,

“Our armed robberies are down significantly,” Larsen said, and property crimes overall are down. “We are making a lot more arrests for felons in possession of firearms.”

The biggest increase, he said, seems to be in the presence of guns. “We’re still trying to figure out the context of how firearms are being used, because we’re not seeing them in the robberies," Larsen said.

Prosecutors at the Kenosha district attorney’s office are almost all generalists, prosecuting a wide range of cases that come through the office. Currently, there are only two specialized assistant district attorneys in the office, one who handles sexual assaults, another who handles child protective services cases.

But Graveley himself specialized in gun crime prosecutions when he was an assistant district attorney. At that time, there was a federal grant that funded the position, but that grant expired. Graveley said his plan is for the new gun crime prosecutor to work with law enforcement from the early stages of cases, with the prosecutor on call to come in in the early stages of investigations.

He said district attorney’s office investigator Brian Stuht will be assigned to work on gun crimes as well, including working with witnesses who might be reluctant to cooperate because of fears of retaliation.

Larsen said the police department already works closely with the district attorney’s office, but he said having a specialized prosecutor is likely to be helpful to officers in investigations. “Getting them in on the front end certainly isn’t a bad idea,” he said.

Graveley said he plans to hire an experienced trial attorney to the new position, most likely appointing someone from within his office who is already familiar with the county. The office would then hire a new attorney to fill a general assistant district attorney position.

He said the funding for the new position will be available in October, with the new specialist position likely to start by the end of the year.

City officials have spent the past year speaking about plans for reshaping and revitalizing the downtown area. Here are a collection of storie…

A house in the 5900 block of 19th Avenue is marked with a ribbon against gun violence. 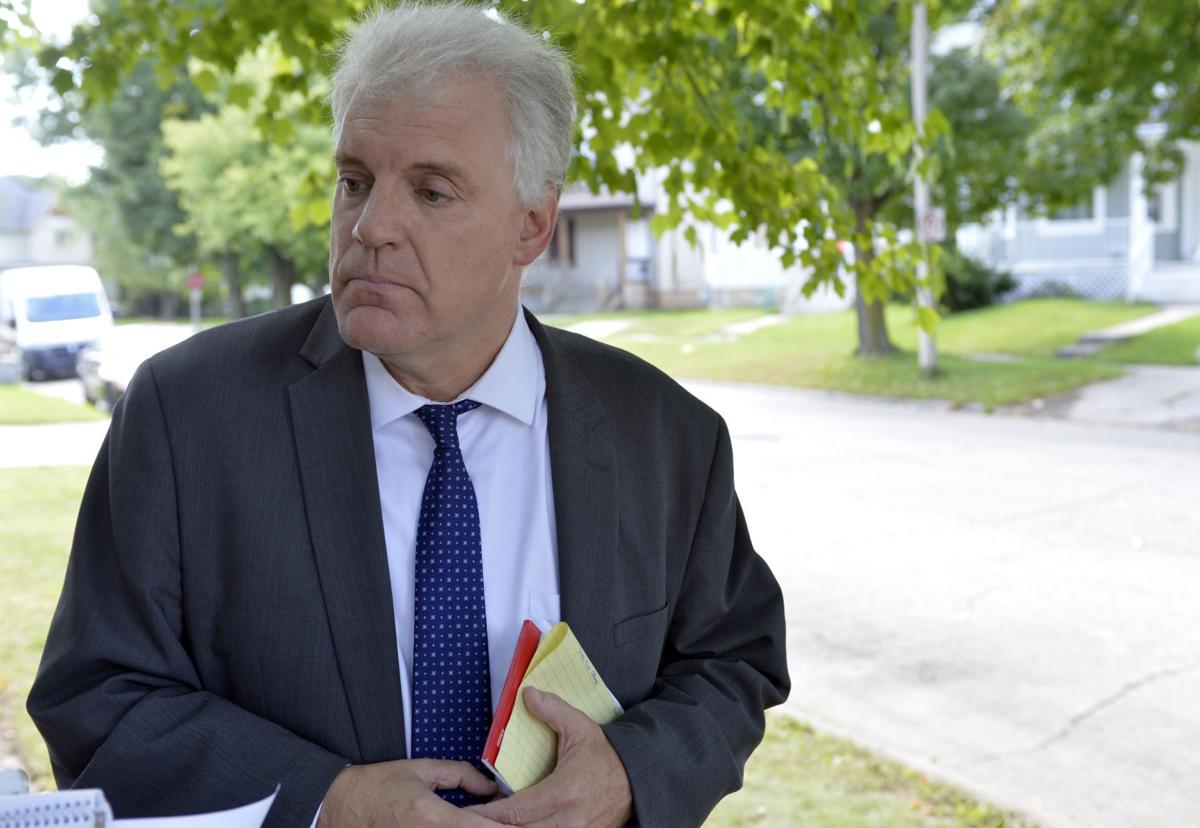 District Attorney Mike Graveley in the 5900 block of 19th Avenue.