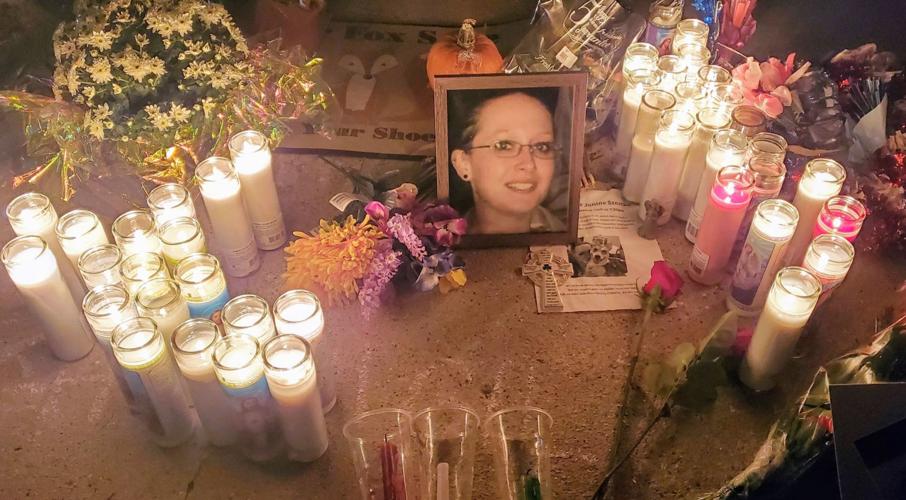 A memorial laden with candles, chrysanthemums and other mementos surrounds a portrait of Janine Sznitko at a vigil held outside her Kenosha home in the 7500 block of 29th Avenue. Sznitko was killed Sept. 7, 2021, one of seven domestic violence related deaths in the county in the latest report released last week.

The leader of a local agency that advocates for survivors of domestic abuse said it is stepping up its outreach, as deaths due to such violence have increased dramatically in Kenosha over the last year.

“We just got the statewide domestic violence report issued and fatalities are up significantly even from last year including (in Southeast Wisconsin),” said Jennifer Paine, Women and Children’s Horizons new executive director on Thursday. Paine took over the reins of the agency about two months ago.

“What it tells us is that there’s clearly an ongoing issue with domestic violence and the need for the type of agency that we have," she said.

October is Domestic Violence Month and the agency’s awareness campaign includes the annual community luncheon and awards ceremony, which is making a comeback after a two-year hiatus due to the COVID-19 pandemic; a canine-friendly event at Petrifying Springs Park, and vigils that are being planned at local colleges to remember the lives of those who died due to domestic violence

According to Paine, domestic violence deaths have, as a whole, risen “significantly since the pandemic.”

In fact, homicides due to domestic violence more than tripled in Kenosha in just one year, according to a statewide report released last week.

In 2021, Kenosha County recorded seven deaths due to domestic violence compared with two a year earlier, according to the Wisconsin Domestic Violence Homicide Report issued Wednesday by End Abuse in Wisconsin. All seven took place in the city of Kenosha during five incidents.

Kenosha County's figure represents a steep rise, 250 percent, compared with the state, which recorded a total of 80 people killed due to domestic violence versus 68 a year earlier, a 17.6 percent increase.

Kenosha County ranked second only to Milwaukee County, which had 27 domestic violence homicides a year ago. Dane County had, 6, and Racine and Marathon counties each had three, rounding out the top five of 21 counties with such deaths.

In 2021, domestic violence homicides took place in 21 counties in Wisconsin at a rate of 1 death every 4.5 days, according to the report.

While people were sheltering in place in their homes during the pandemic, those conditions weren’t always the safest for victims of domestic abuse, Paine said.

“It really created a barrier to outreach to people who needed our services,” she said. “So now that we’re loosening up on those restrictions, we’re really re-engaging with community events.”

The idea for the events is to “spread awareness and re-engage with the community so they know what services we have here, what domestic violence looks like.”

“We also want to raise awareness that it can happen to anyone at any time,” she said. “The numbers are going up but it does not mean it’s a losing battle. It means that there’s a lot of work that still needs to be done,” she said.

On Thursday, many agencies that assist victims, including Women and Children’s Horizons, received notification from the Wisconsin Office of Crime Victim Services, with projections that will leave them with at least a 15 percent reduction in funding their budgets for next year, said Paine.

“It’s everyone across the board. Not just us – the entire state,” she said. “And so, we’re going to have to do more outreach with less money.”

Community luncheon, `Bark in the Park’

To that end, a community luncheon and awards ceremony is among the events a Women and Children’s Horizon has planned to not just raise funds, but bring awareness to domestic violence.

The luncheon, which will take place from 11:30 a.m. to 1 p.m. pn Oct. 25 at the Kenosha Country Club, will introduce Paine to the community.

The cost is $35 per person or $260 for a table of eight guests. Registration is required to attend and information for purchasing tickets can be found at https://wchkenosha.org/communityawardslunch

“We have several businesses who have already signed up to come,” she said. “As far as our staff goes, it’s somewhat of an award ceremony for the work that we’ve done over the year.”

The luncheon will include outreach from the agency and others who advocate for survivors of domestic violence. Paine said a presentation on the “State of the Agency” is also planned.

“We’ll talk about what our plans are going into the next year,” she said.

The other event -- scheduled from 11 a.m. to 1 p.m. on Oct. 23 at the Carlisle Dog Park at Petrifying Springs -- is “Bark in the Park.” The event includes a costume contest, a food truck and music.

“The idea is to get people coming out and doing something that’s fun … but also to get people engaged in the resources we have,” she said. “We don’t want to make light of what domestic violence is, but the idea is if we can reach people, more people, by having them come to something fun, but still have resources available for them or someone they know who might need them.”

Vigils in the works

Paine said the agency is currently in the process of working out the details of candlelight vigils that are planned at the University of Wisconsin-Parkside and at Carthage College.

“Those dates are in the works with the various campuses; and then, throughout the month, we’ll have a lot of campaigning on our social media accounts,” she said.

Beyond the outreach, Paine said the agency will be engaging with corporate entities and the business community to continue creating awareness and “more opportunities to collaborate.

“What’s really interesting is, which I found when I moved to Kenosha, is the air of collaboration that you have here,” she said.

Paine, an attorney who specialized in advocacy for domestic violence survivors and operated a “low bono, pro bono” practice in the greater Detroit area for nearly 20 years, was impressed with how the Kenosha community and stakeholders work together.

In Detroit, she said, agencies had “almost a sense of competition” among themselves and bit of an edge.

“In Kenosha, the culture and spirit of collaboration is expected and welcomed,” she said.

For more information on Women and Children’s Horizons services go to www.wchkenosha.org

Kenosha-area Lego fans will get their own store this weekend, with the opening of an aftermarket Lego store, Bricks & Minifigs Kenosha, 73…

The fire that burned down the storage barn at Mueller’s Tree & Sawmill Service, 250 Old Green Bay Road in Somers — destroying the local bu…

Each year, when the historic 1861 Durkee Mansion hosts its Holiday Open House, visitors walk into a time capsule.

A memorial laden with candles, chrysanthemums and other mementos surrounds a portrait of Janine Sznitko at a vigil held outside her Kenosha home in the 7500 block of 29th Avenue. Sznitko was killed Sept. 7, 2021, one of seven domestic violence related deaths in the county in the latest report released last week. 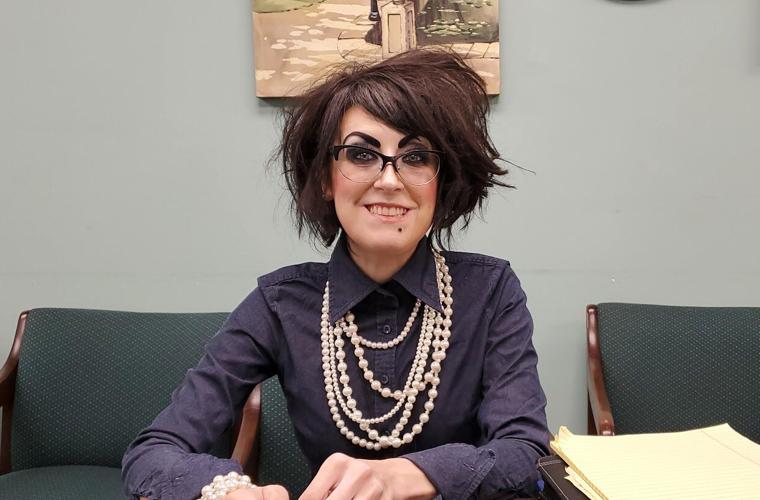