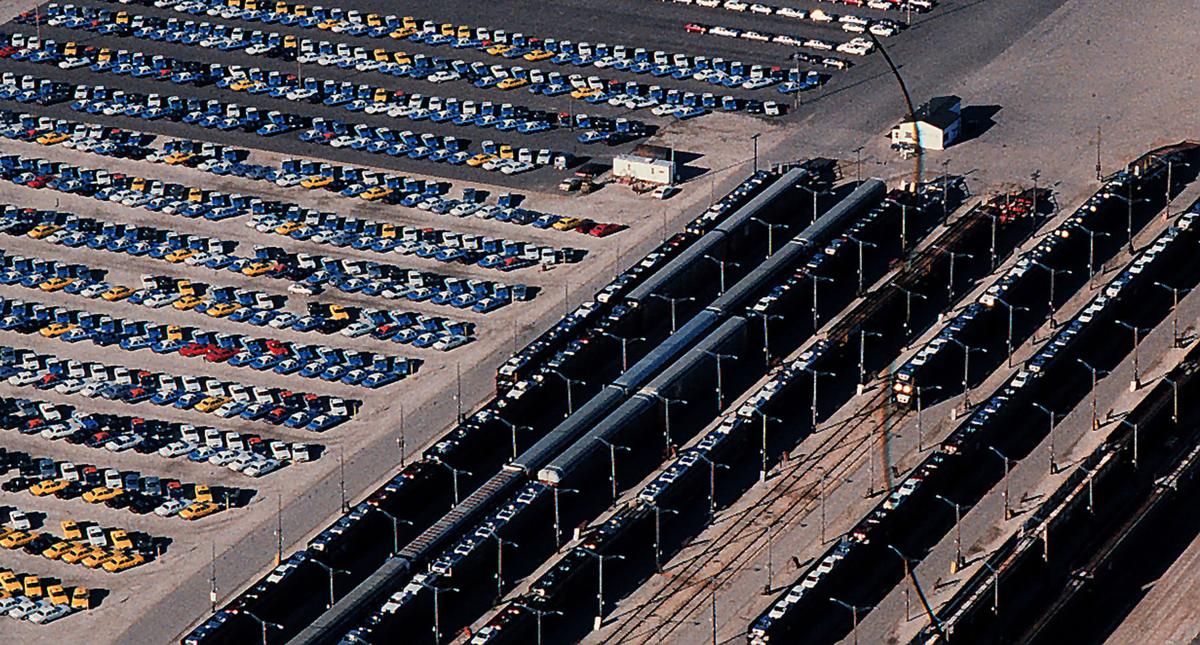 Aerial view of Chrysler’s railroad depot during the final month of auto assembly in Kenosha, December, 1988. 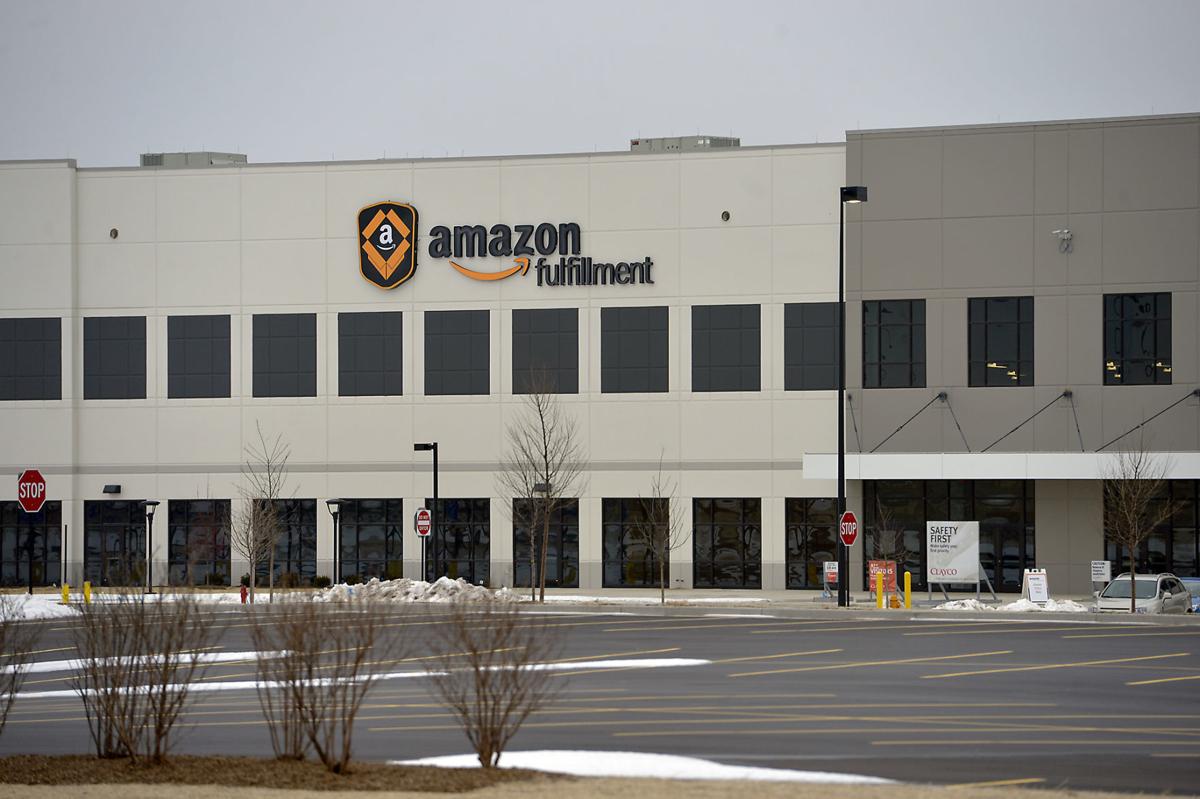 Warehousing firms, like the Amazon fulfillment center, have taken over from heavy manufacturers in the Kenosha market. AMAZON 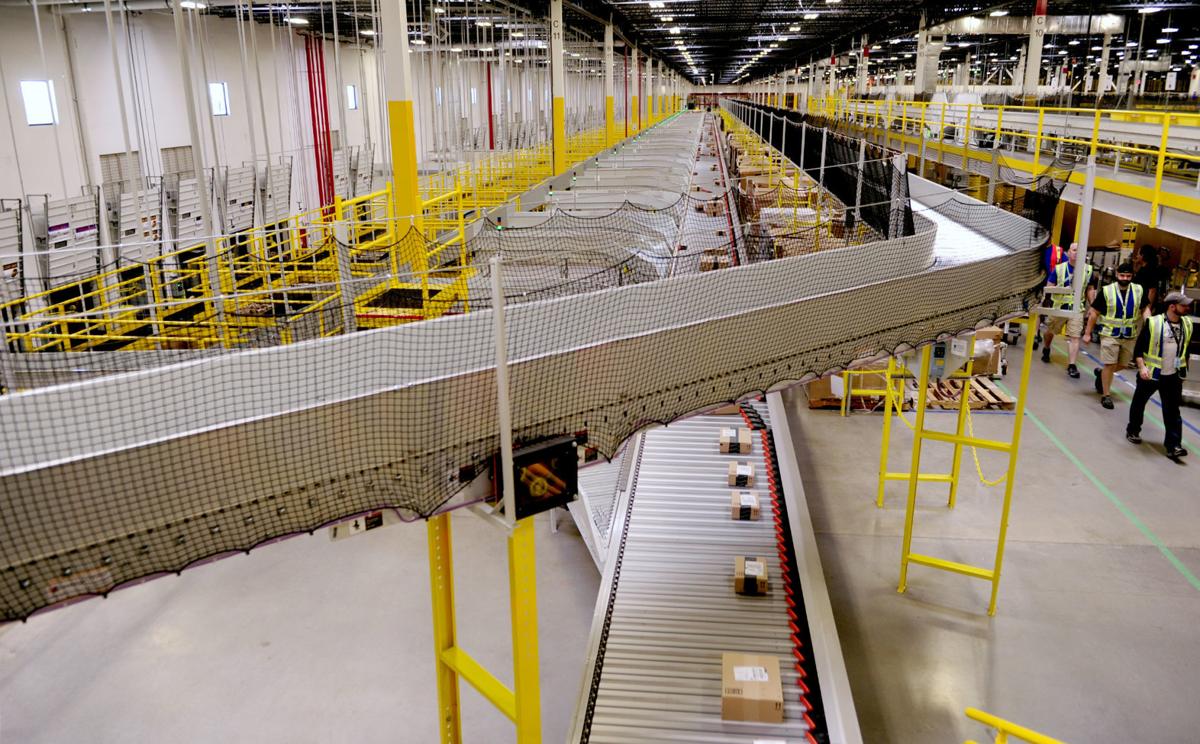 Packages stream by at the Kenosha Amazon fulfillment center. The company announced this fall that it was upping its minimum wage to $15 an hour.

Editor’s note: This week the kenosha news is looking back at the three decades since the lakeside chrysler automotive plant closed in 1988.

For most of its existence, if you asked someone to describe Kenosha, “factory town” would likely have been part of the answer.

It’s no surprise that the number of people working in manufacturing in Kenosha County has declined since the closing of the Chrysler Assembly Plant in 1988.

Nationally, the manufacturing workforce has declined over the last three decades as some factories moved to lower-cost countries while those production facilities that remained becoming increasingly automated, employing fewer workers.

What is surprising is that the county now lags the state average in the percentage of residents working in manufacturing.

In 2017 — the most recent annual data available — 7,769 county residents were employed in manufacturing, a decline of 22 percent since 1990. Those workers made up 11.7 percent of the total county workforce — less than the statewide percentage of 16.4 percent.

Workforce data from the Wisconsin Department of Workforce Development was not available earlier than 1990. That year, 9,927 county residents worked in manufacturing, making an average annual income — inflation adjusted to 2017 dollars — of $61,110. Those factory employees made up just under 25 percent of the county workforce.

Those who still do work in manufacturing have lower inflation-adjusted incomes than workers of the past as union jobs have been lost. In 2017, the average annual income was $55,577, a 9 percent decline from 1990 when adjusted for inflation.

Over the past three decades, Kenosha County’s workforce has grown, outpacing population grown. In 2017, 66,382 county residents were in the workforce.

So where are all those people employed?

In data that will surprise no one who has driven along Interstate 94 through Kenosha County, the biggest job growth has been in the trade and transportation sector — including warehousing.

In 2017, just over 30 percent of Kenosha County’s workforce was employed in the trade and transportation sector — 20,500 people — compared to 19 percent of the workforce statewide. That county number is likely to continue to grow as warehouse construction continues along the interstate corridor, and companies like Amazon and Uline replace companies like Chrysler and Snap-on as the dominant employers in the county.

Wage increases in the warehousing sector have outpaced inflation since 1990, but warehousing remains one of the lowest-paid industries by sector in the county and the state. The average annual income for those workers is $38,977.

Laura Dresser, a labor economist and associate director for the left-leaning Center for Wisconsin Strategy, said the growth of the trade and transportation sector in Kenosha County — and its status as the dominant category in the workforce — is unusual.

But Dresser said the data showing that blue collar workers have seen higher-wage manufacturing jobs replaced with lower-wage jobs like those in warehousing is a typical story of the Wisconsin economy.

“It’s a giant decline in standard of living” for those workers, Dresser said. “That job quality comes tied in a package — wages are at the forefront, but it also includes how hours are distributed, the question of health insurance and pensions.

“Manufacturing jobs in Kenosha County had unions with benefits that were negotiated over hours. They would even have negotiations over the shutdown, and the workers would have had a voice through the union.”

While the percentage of county residents working in lower-wage jobs has increased, the biggest surge by percentage has been in the white-collar workforce.

In 1990, about 1,300 people — 3.2 percent of the workforce — worked in the business and professional services sector.

Statewide over the same period, the number of people working in the professional activities sector has increased 119 percent.

Dresser said that change, which is outpacing growth of professional sector jobs statewide, is likely fueled by Kenosha’s location. Some of that growth is coming from migration of office development here, including the large corporate headquarters for Uline in Pleasant Prairie.

But because workforce numbers are based on where people live, not where they work, the growth of the professional sector was also driven, she believes, by suburban residential development that brought in new professionals who came to Kenosha for its relatively lower-cost housing but continued to commute to office jobs in Illinois.

In the most recent U.S. Census data, about 45 percent of working county residents commuted out of Kenosha County for their jobs. Of those, 64 percent traveled to Illinois.

Doug Bartz, manager of the Kenosha County Job Center, sees the local jobs picture as a rosy one, with low unemployment numbers starting to push up wages and giving entry-level workers options in finding work.

“The hottest jobs are in health care, advanced manufacturing and logistics (warehousing),” Bartz said. He said those industries are in need of workers.

He said the employers hiring manufacturing workers in the county tend to pay $15 to $20 an hour.

“Over the last year to year-and-a-half we are seeing wage growth. And you’re starting to see companies like Amazon and others increase their wages, starting people off at $14 to $15 an hour,” Bartz said.

He said that is driving other smaller employers to raise workers’ pay.

End of the Line Series

The Kenosha News did an extensive End of the Line Series on the closing of the Chrysler plant, which occurred 30 years ago. Here is a look bac…

Aerial view of Chrysler’s railroad depot during the final month of auto assembly in Kenosha, December, 1988.

Warehousing firms, like the Amazon fulfillment center, have taken over from heavy manufacturers in the Kenosha market. AMAZON

Packages stream by at the Kenosha Amazon fulfillment center. The company announced this fall that it was upping its minimum wage to $15 an hour.