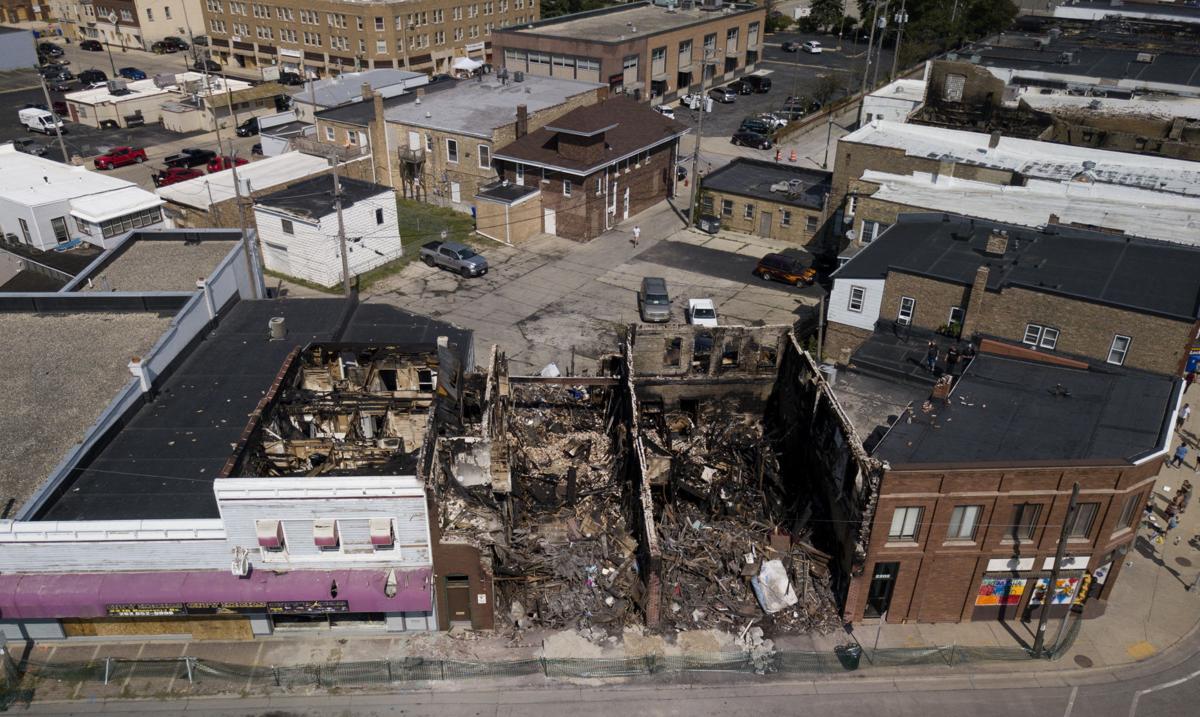 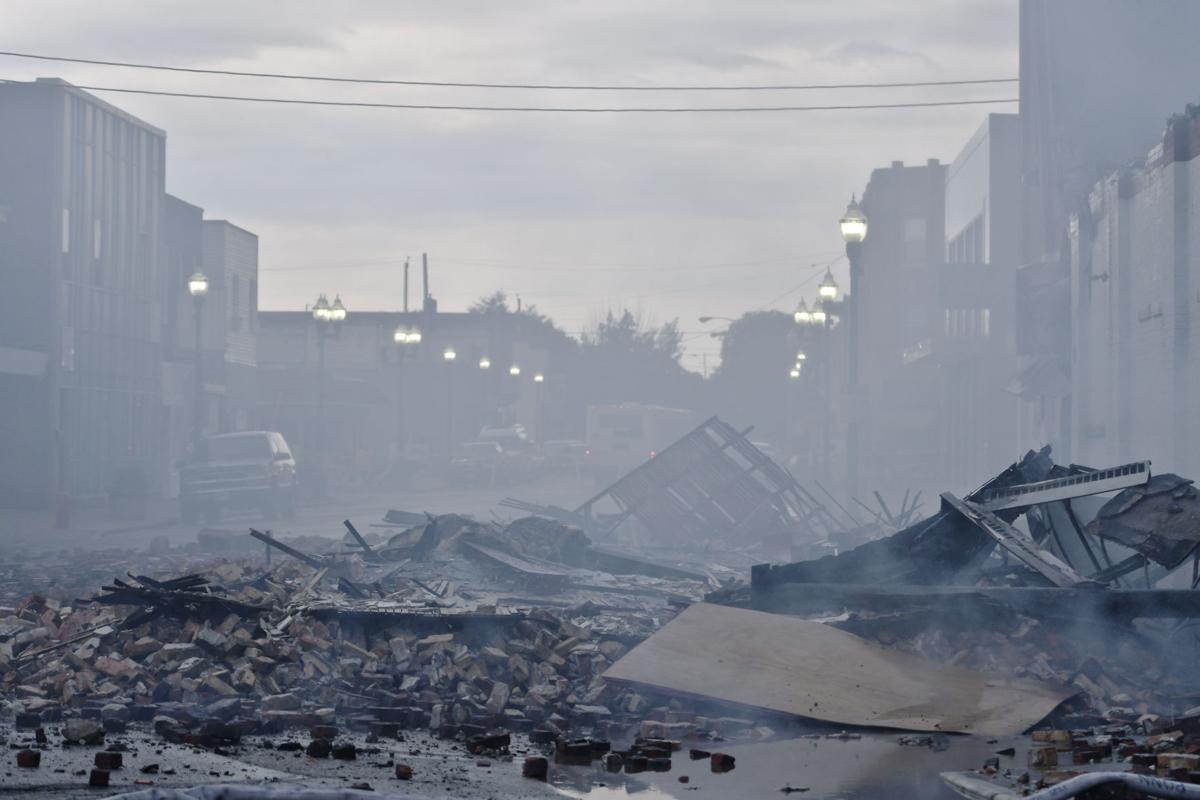 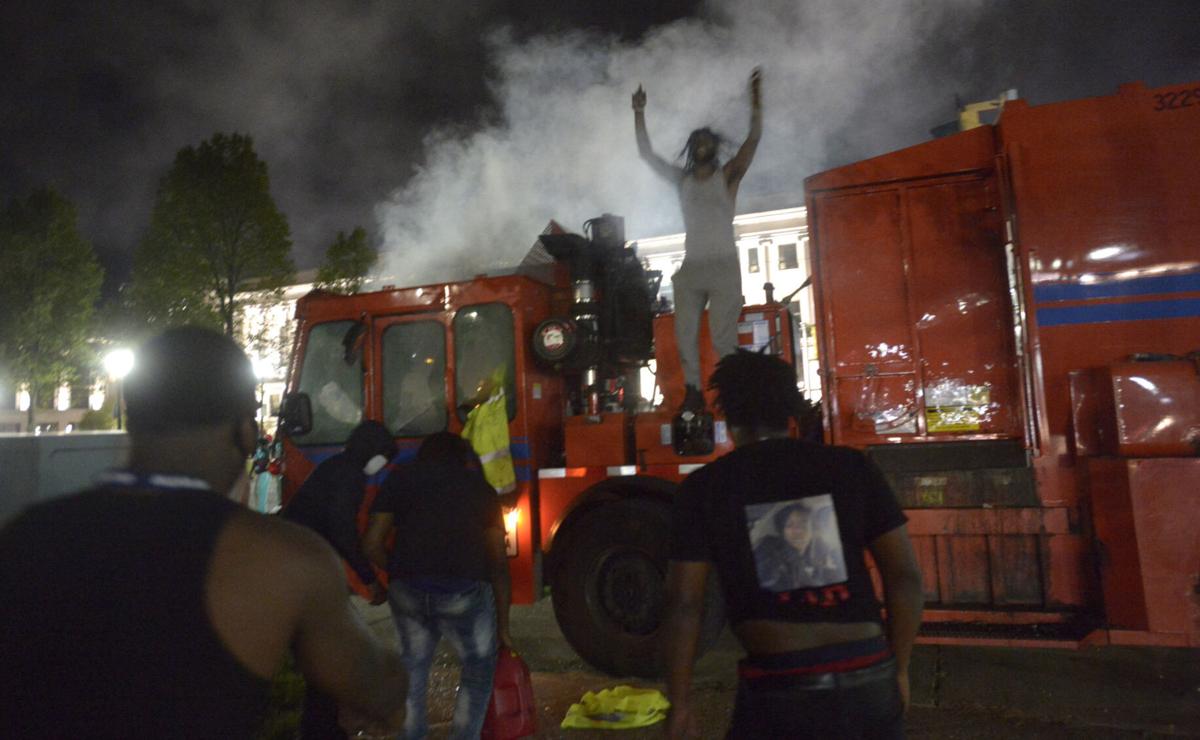 The civil unrest following the shooting of Jacob Blake by a Kenosha Police officer last month has kept the city of Kenosha on edge the last several weeks.

And the official damage reports are just starting to be known.

Fire Chief Charles Leipzig told the Police and Fire Commission on Tuesday that the total fire loss in the days immediately after the Sunday, Aug. 23, incident reached more than $11 million — to be exact, $11,119,615.

It’s safe to say it’s been a most challenging time for everyone, Leipzig said.

“It’s been a very difficult past month,” he said. “We have a record fire loss and some injuries as a result of the current events. ... You’re looking at $11 million in fire loss. To put into context, that’s three years of fire loss for us in the span of about a week. And we also sent some people to the hospital. It has not been a very pleasant month.”

Leipzig added that it’s his wish that the public and the commission take in all the available information before passing any judgment about how the situation was handled.

“The decisions that are made on a day-to-day basis will always be judged at times without the complete context of the incident involved,” he said. “I would ask this board and the citizens of Kenosha to take all the information and make judgment based on facts from the entirety of the event.

“Public safety (employees), police, sheriff’s and fire department (personnel) have worked long hours in difficult situations to protect the city. For this, I am grateful and thank you guys for your support.”

Leipzig’s comments came near the end of the meeting, held by audio because of the ongoing concerns with COVID-19, and included lengthy comments read into the record and sent via email that called for the dismissal of Kenosha Police Chief Daniel Miskinis.

Three of the Police and Fire Commissioners also offered their comments before the PFC adjourned into closed session.

“It has been a rough month,” Commissioner Geri Cucunato said. “Chuck (Leipzig), I thank you and the firefighters for the wonderful job they’ve done. I just hope that we can stay safe through all this and get back to where we once were.”

“I know it had to be very difficult,” he said. “As far as the comments that were read, to me, it seemed kind of overwhelming. I’m sure the Police and Fire Commission will reflect and try to work through that (process). ... It’s been a difficult time in many ways across this country.”

A total of 33 letters were read into the record, with all but two demanding the PFC remove the police chief.

One letter writer gave their support for Kyle Rittenhouse, the Antioch (Ill.) teenager charged in the shooting death of two protesters, while another called for the reorganization of the PFC.

The others all pointed to the actions of Kenosha Police Officer Rusten Sheskey in Blake’s shooting as the basis for demanding new leadership in the department.

Kenosha Pride Inc. President Daniel Seaver was one who submitted a letter. Among the points he attempted to make was the officers involved in the original incident failed to use other available options to try to bring Blake into custody.

“While the man was evading police, other less-than-lethal methods were not utilized during this period,” the letter states. “The leadership of the Kenosha Police Department needs to make the use of less-than-lethal responses a priority.

“Officers are equipped with expandable batons, pepper spray and tasers, as well as trained in hand-to-hand combat. The Kenosha Police Department, under the leadership of Chief Miskinis, failed to utilize less-than-lethal approaches before using lethal force.”

Seaver’s letter also claimed law enforcement violated the rights of protesters in the aftermath who he stated were “attempting to effect change.”

Kenosha Pride is one of several area organizations that is seeking new leadership in the police department, Seaver wrote.

“As it appears the chief has not submitted his resignation, I as the president of Kenosha Pride Inc., as well as a citizen of the city of Kenosha, am hereby calling the Police and Fire Commission to remove Daniel Miskinis from his position as the chief of police,” the letter states.

“I call upon the Police and Fire Commission to open an immediate and thorough investigation into the conduct of the Kenosha Police Department and the directions given by or approved by Chief Miskinis in the days immediately following the shooting of Jacob Blake.”

According to the group’s website, Kenosha Pride’s purpose is “to address discrimination and prejudice against, as well as to defend, the human and civil rights secured by law for the LGBTQ Plus community of southeastern Wisconsin and northeastern Illinois. Kenosha Pride advances these goals through public events and advocacy to build inclusion for a community that is founded on openness, acceptance and pride.”

Included in the information provided to the PFC were six written complaints from around the country through a People Power Action Event sponsored by the American Civil Liberties Union.

Miskinis was not in attendance. No action was taken by the commission.