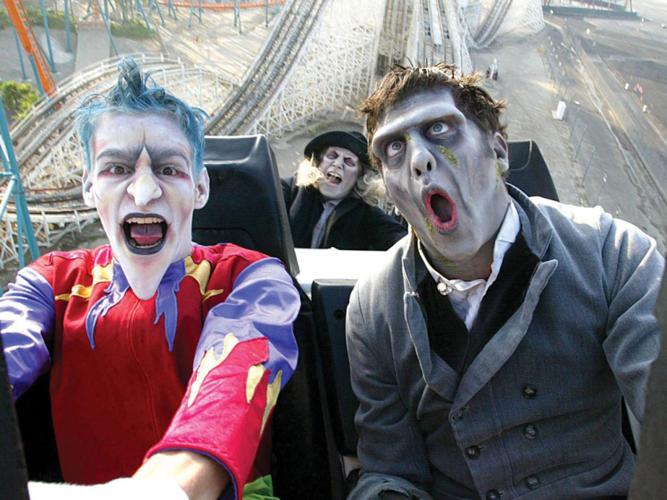 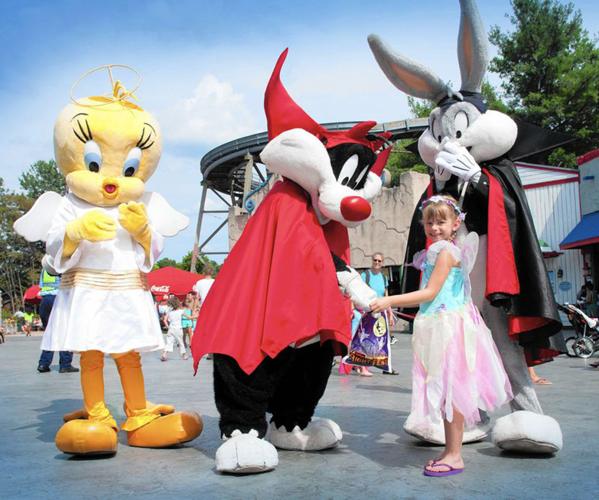 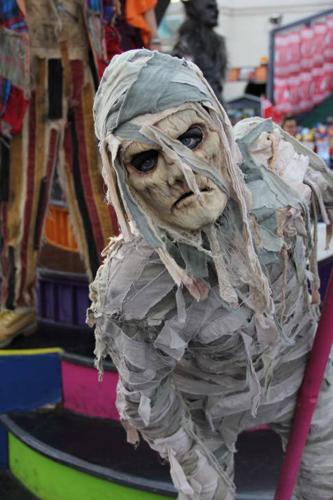 Fright Fest is home to all sorts of ghouls and assorted monsters.

Are you ready for Halloween?

Me neither, but apparently the ghouls who run Fright Fest at Great America don’t care if we’re ready to be scared silly or not.

The theme park in Gurnee, Ill., has undergone its spooky season extreme makeover and emerged as a dark world populated by zombies, werewolves, vampires and all manner of things that definitely go bump in the night.

The theme park’s 31st annual Fright Fest opened Sept. 17 and continues through Oct. 31, which means you have plenty of opportunities to come face to face with the undead.

Fright Fest each year features “scare zones,” haunted houses and spooky shows, all populated by a cast who go all out in the creepy makeup department.

Not into being scared? Have young children to entertain?

Before the sun sets, Fright Fest is a kinder, gentler Halloween experience, with new family-friendly shows and fun adventures like the Trick or Treat Trail. There are also plenty of chances to take selfies with the theme park's cuddly mascots, decked out in their finest Halloween season costumes.

Once the sun sets, however, "terror comes alive," according to theme park officials. "Only the bravest souls can withstand our haunted houses, scare zones and ghouls."

Fright Fest also features haunted houses (extra fee required, or a bundled ticket package) and, at the end of each night, visitors face The Witching Hour. During the final hour, the various Fright Fest creatures will gather at the front of the theme park, meaning you’ll have to run through a mob of the undead to escape to the safety of your vehicle. Good luck!

After more than 20 years, the Soup Depot, 2731 18th St., served its last meal Wednesday, giving away soup, burgers, fries and more for free as…

City of Kenosha encourages residents to come out for holiday tree lighting, Downtown events on Friday

The spirit of Christmas is very much alive in the City of Kenosha.

Each year, when the historic 1861 Durkee Mansion hosts its Holiday Open House, visitors walk into a time capsule.

Fright Fest is home to all sorts of ghouls and assorted monsters.