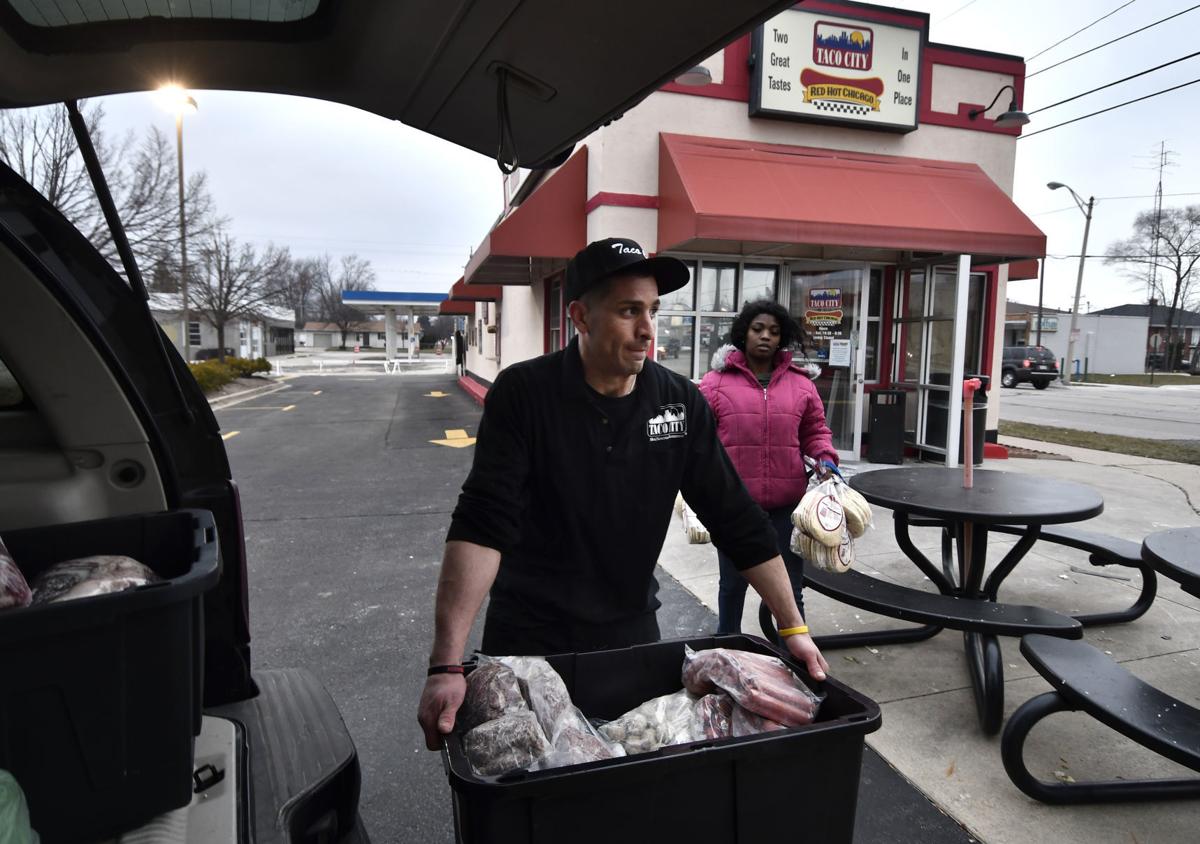 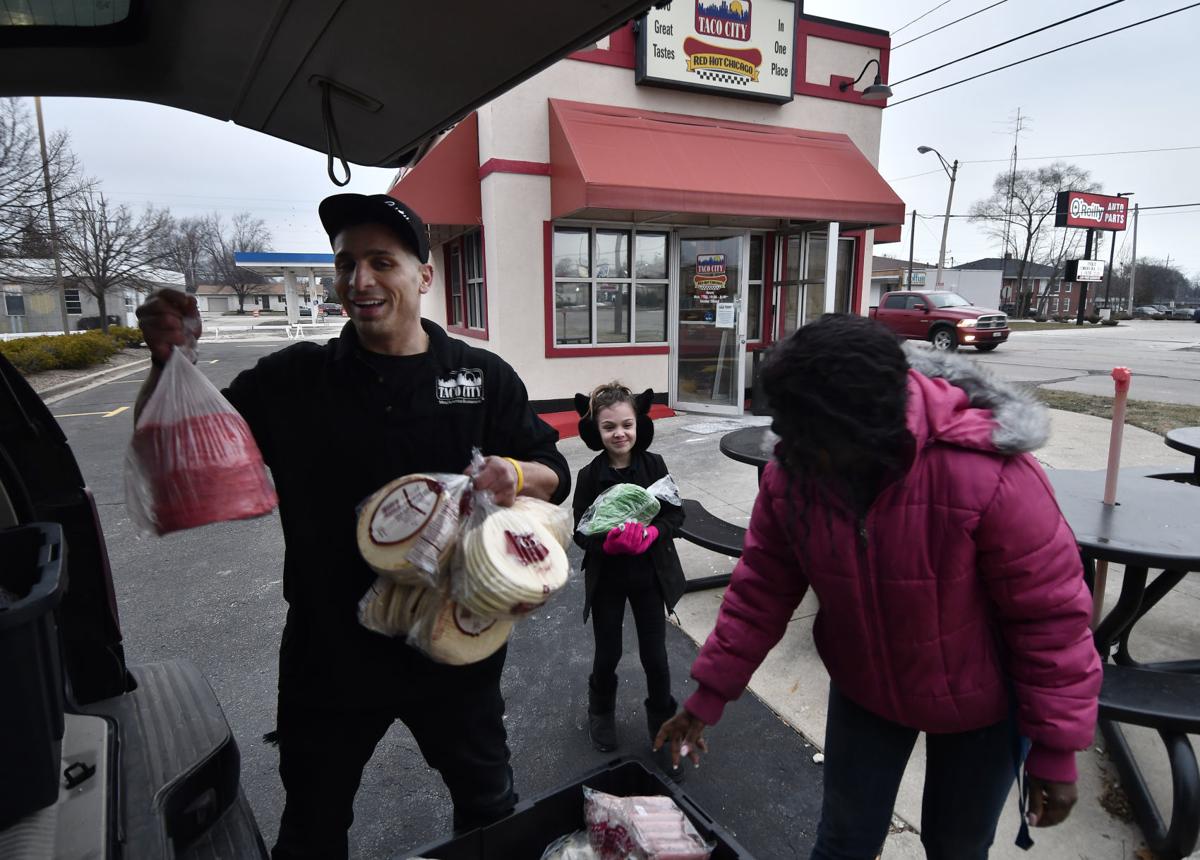 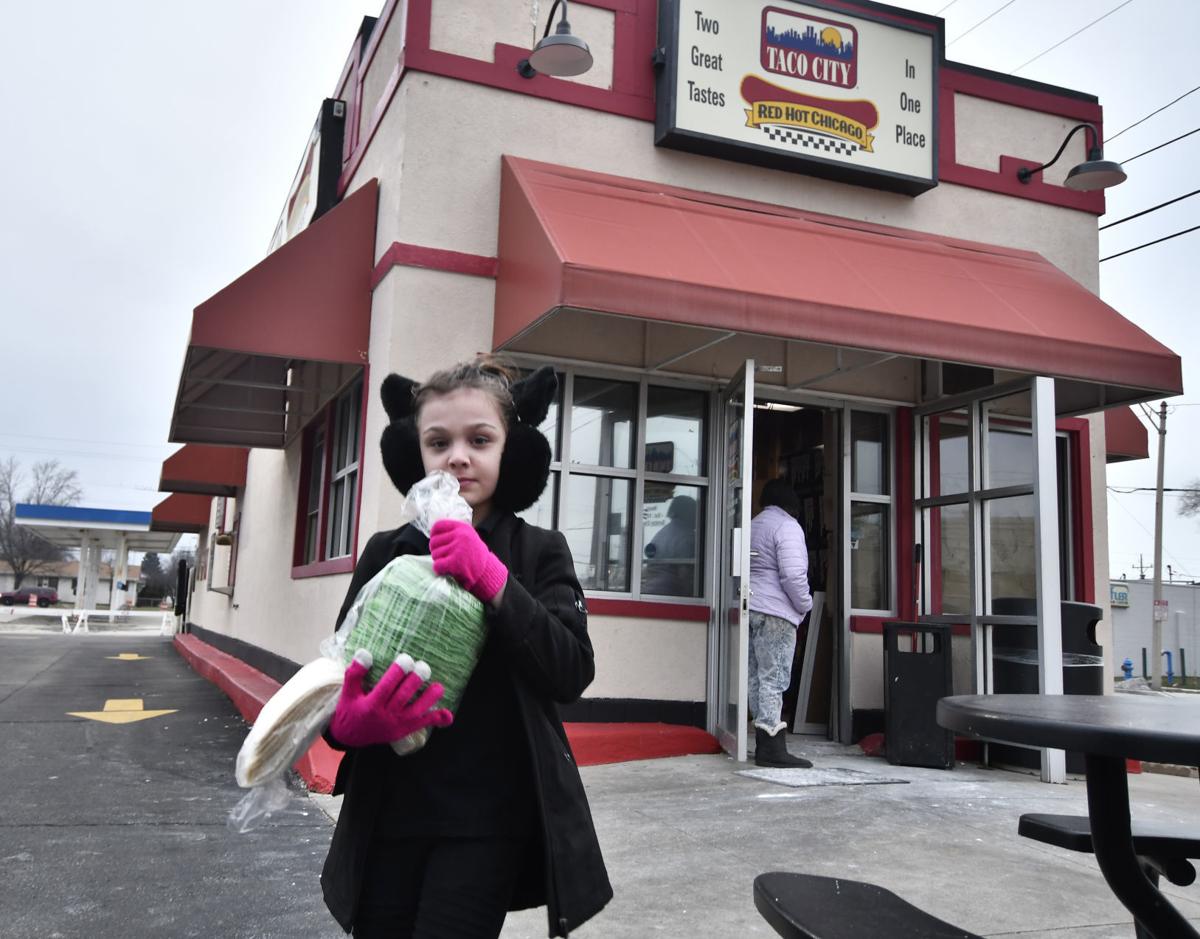 Isabella Pignotti carries a pack of tortillas that were donated to God's Kitchen from Taco City on Wednesday, Dec. 12, 2018. 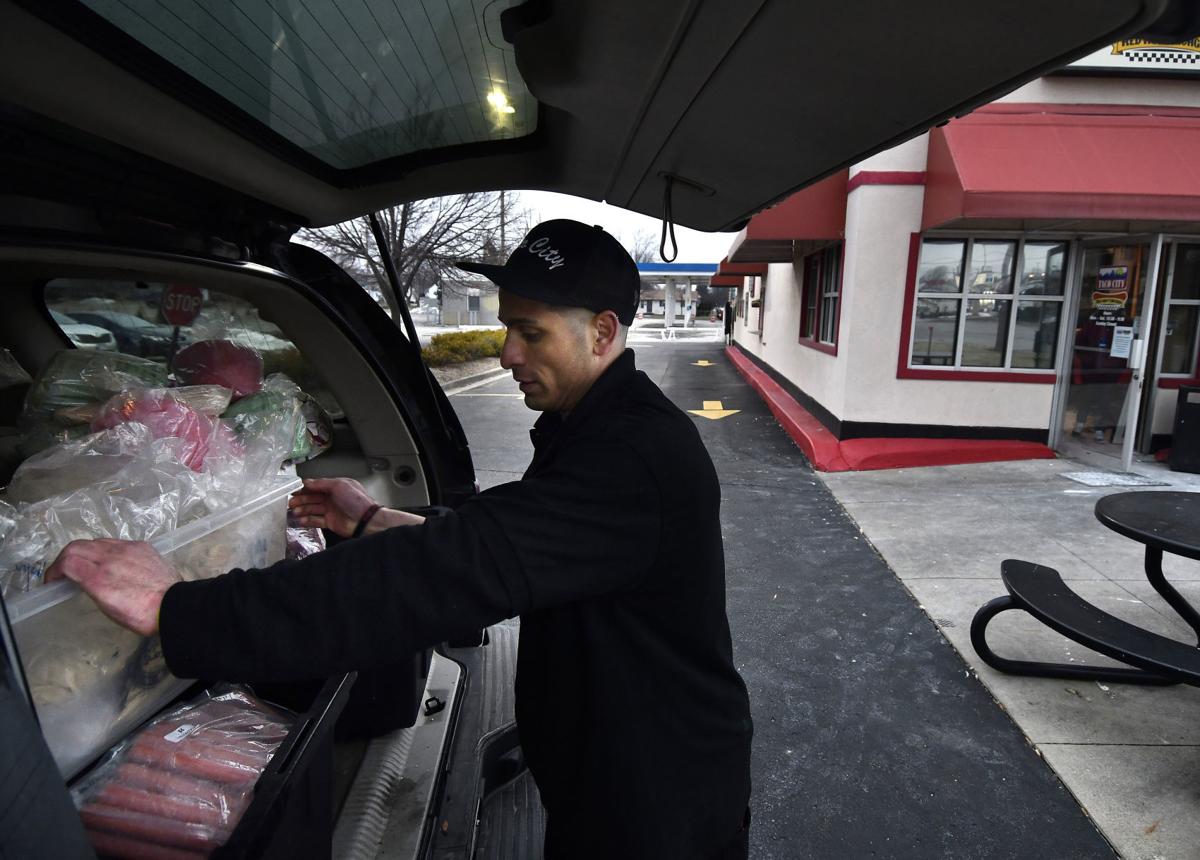 It’s not often the homeless are delivered steak dinners.

After months of passing out homemade sandwiches to the local homeless population, Kenosha’s Arnetta Griffin — owner of God’s Kitchen, a nonprofit agency established in June 2017 — has expanded her menu to include chicken, beef, pork, lamb, steak and a variety of other items.

The Chicago native believes God sent her on a mission to feed the homeless twice a day. The 52-year-old delivers weekday lunches to the ELCA Outreach Center, 6218 26th Ave., and passes out nightly dinners in the Uptown neighborhood near 60th Street and 22nd Avenue.

When local residents and area businesses found out about her generosity, they rallied behind her with on-going support and frequent donations.

Last month, Taco City began renovations of its entire property and sought a place to store its inventory. Donating it to a good cause seemed like the festive thing to do, according to Taco City owner Dante Pignotti.

“It’s a way for Taco City to give back to the community,” Pignotti said. “I did some research and found out what (Griffin) is doing. I was happy to donate it to God’s Kitchen.”

Griffin said she can relate to those who are hungry and homeless. She endured tough times in Chicago before relocating to Kenosha as a teenager and struggled as an adult to to support her family.

When she found out others were battling as well, Griffin decided to do something about it.

“God put it in my heart to do this,” Griffin said. “I make the food and pass it out to whoever is hungry.”

Griffin is cooking a Christmas dinner from noon to 3 p.m. on Dec. 22 at St. Luke’s Lutheran Church, 6700 30th Ave. It will likely have an expanded menu following her most recent donation from Taco City.

She’ll have a couple weeks to work on her new recipes.

“I can’t wait,” Griffin said. “I’m making gyros (today). I can’t wait to make them steaks, too. God is working his magic.”

A Salem Lakes man pleaded guilty to battery Monday for punching a Woodman’s Food Market employee who asked him to put on a COVID mask.

Isabella Pignotti carries a pack of tortillas that were donated to God's Kitchen from Taco City on Wednesday, Dec. 12, 2018.