Subscribe
Read Today's E-Edition
Share This
With win over election denier, Wanggaard poised to be Racine County's longest-tenured state senator ever
View Comments
Share this
1 of 2 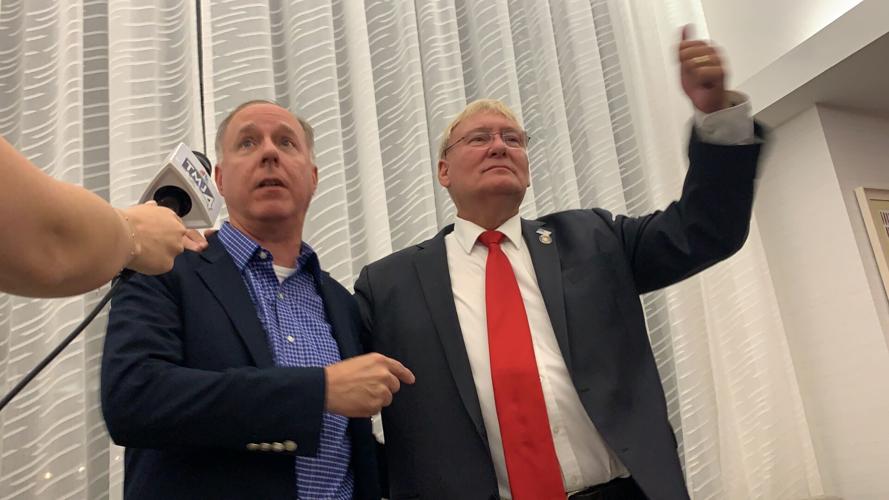 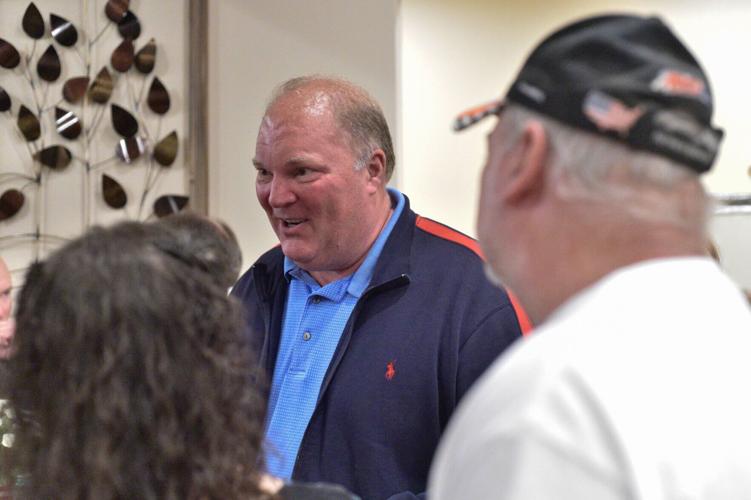 MOUNT PLEASANT — With a landslide election victory Tuesday over a man at the center of spreading conspiracy theories regarding the 2020 election, state Sen. Van Wanggaard is poised to become the longest-tenured state senator to ever represent Racine County.

Assuming Wanggaard, R-Racine, successfully serves all four years of the term he’s expected to be formally elected to this fall, he will have served for 14 consecutive years. The current record holder for longest tenure representing Senate District 21 is the late Democrat Henry Dorman.

With 100% of precincts reporting, Tuesday’s unofficial vote tally found that Wanggaard received nearly three times as many votes as his opponent: 20,194 to 6,831.

In a brief speech Tuesday evening, Wanggaard indicated he was never worried he might lose the primary and spent his time thanking supporters, staff and loved ones before pulling Assembly Speaker Robin Vos into an embrace.

Wanggaard was first elected in 2010, but was voted out in a recall election two years later.

In 2014, the Democrat who defeated Wanggaard, John Lehman, did not seek reelection because he was in the middle of a bid to become Wisconsin’s next lieutenant governor, leaving the door open for Wanggaard to more easily win his seat back.

Wanggaard was reelected in 2018 and again won Tuesday’s primary. With no Democrats running in the district, he’s a shoe-in to retain his seat following the November general election.

Stone is a hypnotherapist who lives in Kenosha County and has been central to planting seeds of doubt in the results of the 2020 presidential election throughout Wisconsin. He’s the vice president of the HOT (Honest, Open, Transparent) Government group and has used that platform to share claims about what he calls the “Obama Crime Family,” for the Obamas’ support of using nonprofit donations to fund municipal election efforts, and has been praised on Fox News by Michael Gableman, the former state Supreme Court justice leading the taxpayer-funded review of the 2020 election that so far has uncovered no evidence of widespread fraud.

Stone was hired by Gableman as a consultant for that review and was paid $3,250, watchdog American Oversight uncovered.

HOT Government’s president is Harry Wait, the Racine County man the state Department of Justice is investigating for apparent election fraud after Wait admitted to requesting absentee ballots online using the names of elected officials without their permission.

Despite a consensus of the legislature’s attorneys, elected officials themselves and election law experts, Stone and Gableman — as well as former President Donald Trump — have furthered claims that the 2020 presidential election should be decertified.

Wanggaard, in a statement to The Journal Times last week, said “As I have said, repeatedly after thoroughly investigating the subject, there is no legal or constitutional authority for the Wisconsin Legislature to decertify 2020 election. It’s not legally or constitutionally possible.”

Stone and Adam Steen ran for office alongside one another. While it was much closer, Steen also lost in a primary election Tuesday to Assembly Speaker Robin Vos, according to the unofficial initial tally of the votes. Trump did not endorse Stone, but he did endorse Steen.

Michael Gableman in support of Steen

In prayer as tallies show Vos is defeating Steen

Steen and his wife say they plan to pray, then consider future

Watch now: 'We are at a crossroads in our country and our state' | A moment of prayer at Adam Steen results watch party

Danish Queen strips four of her grandchildren of their royal titles

At least 3 million children in Sudan are suffering from malnutrition

At least 3 million children in Sudan are suffering from malnutrition 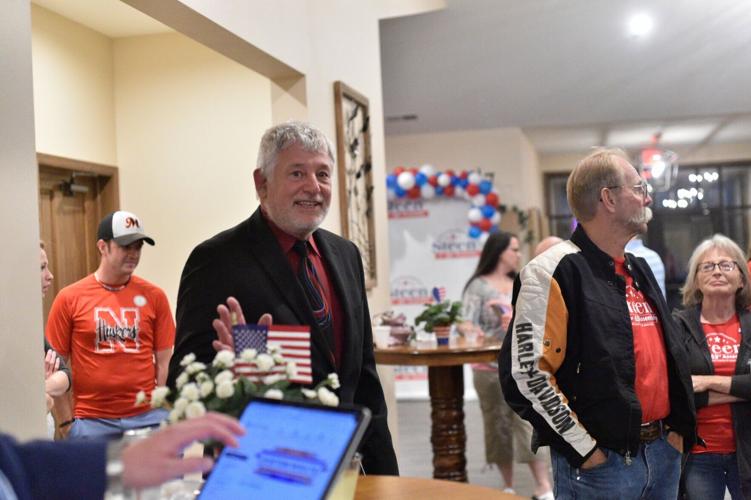