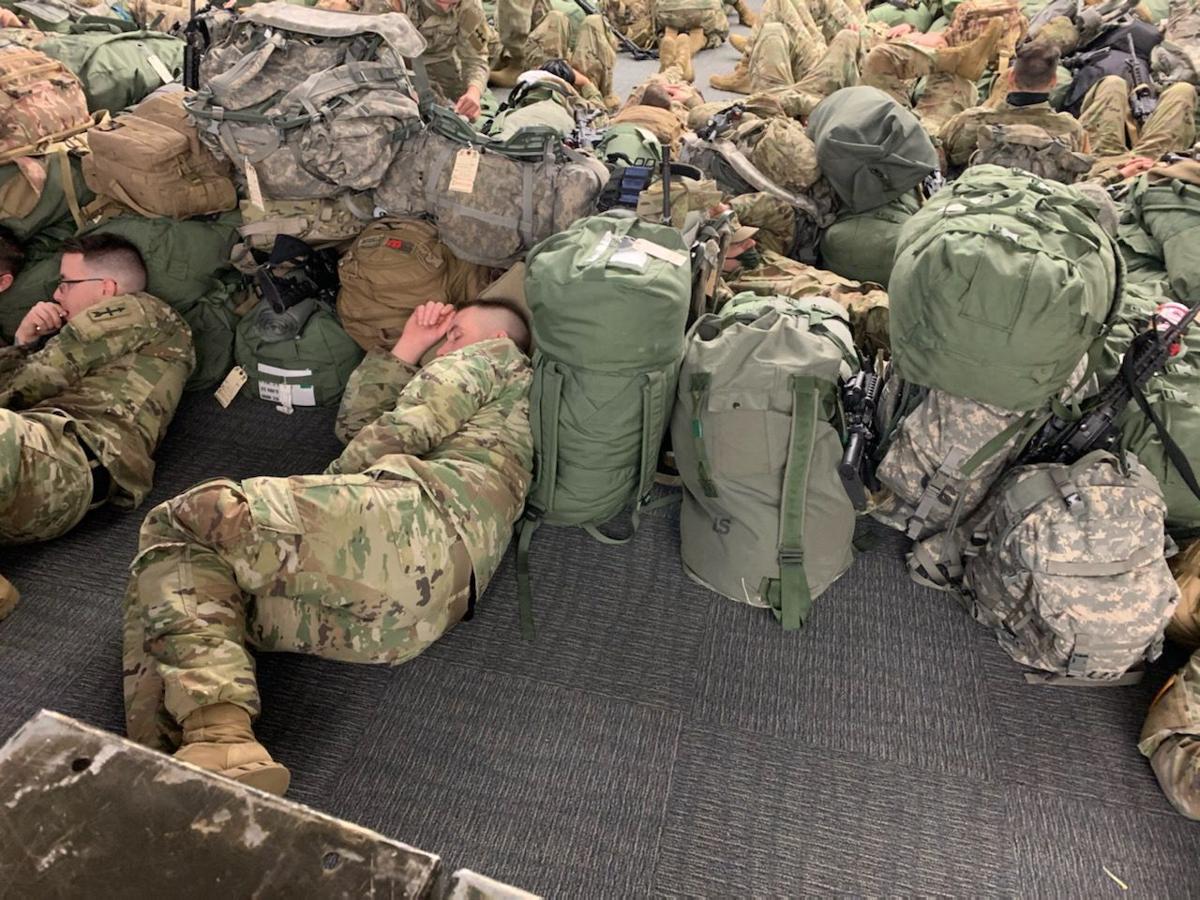 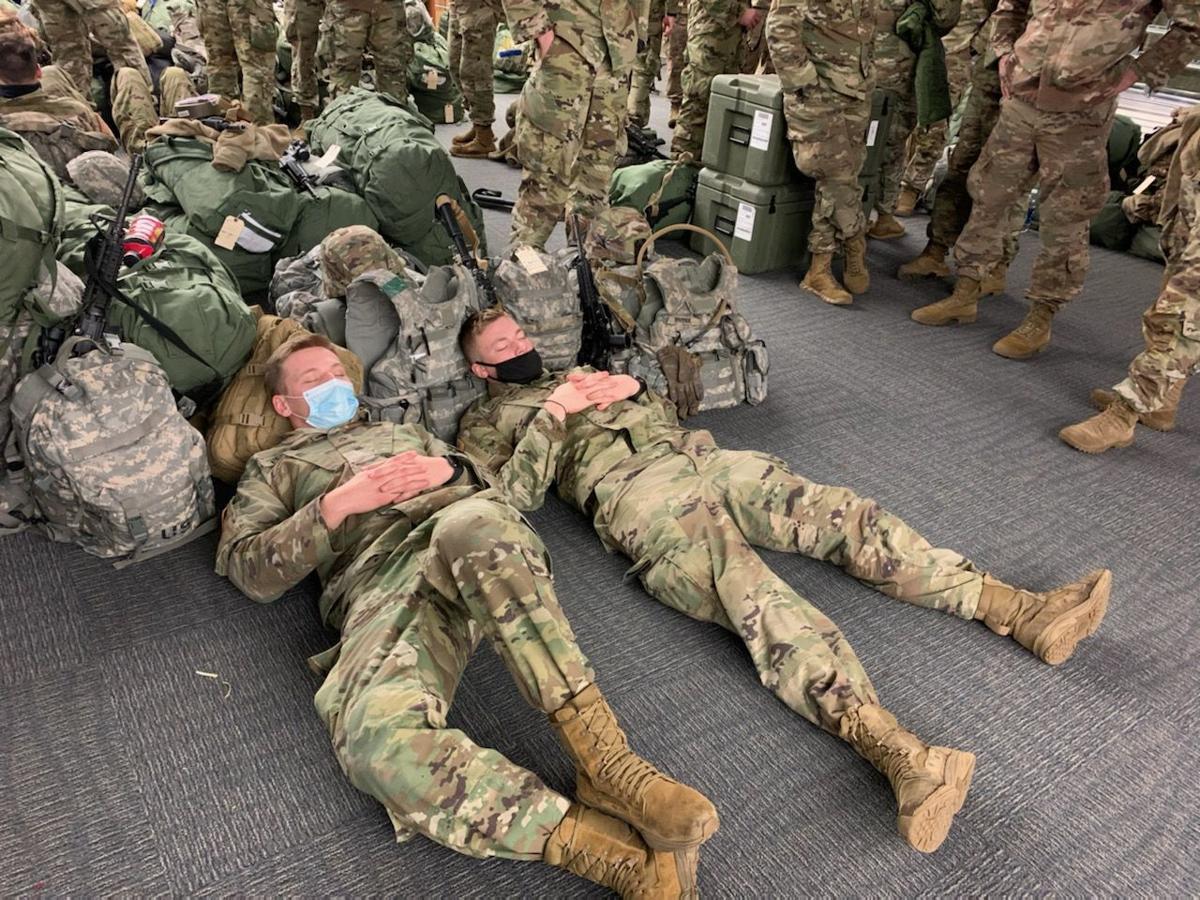 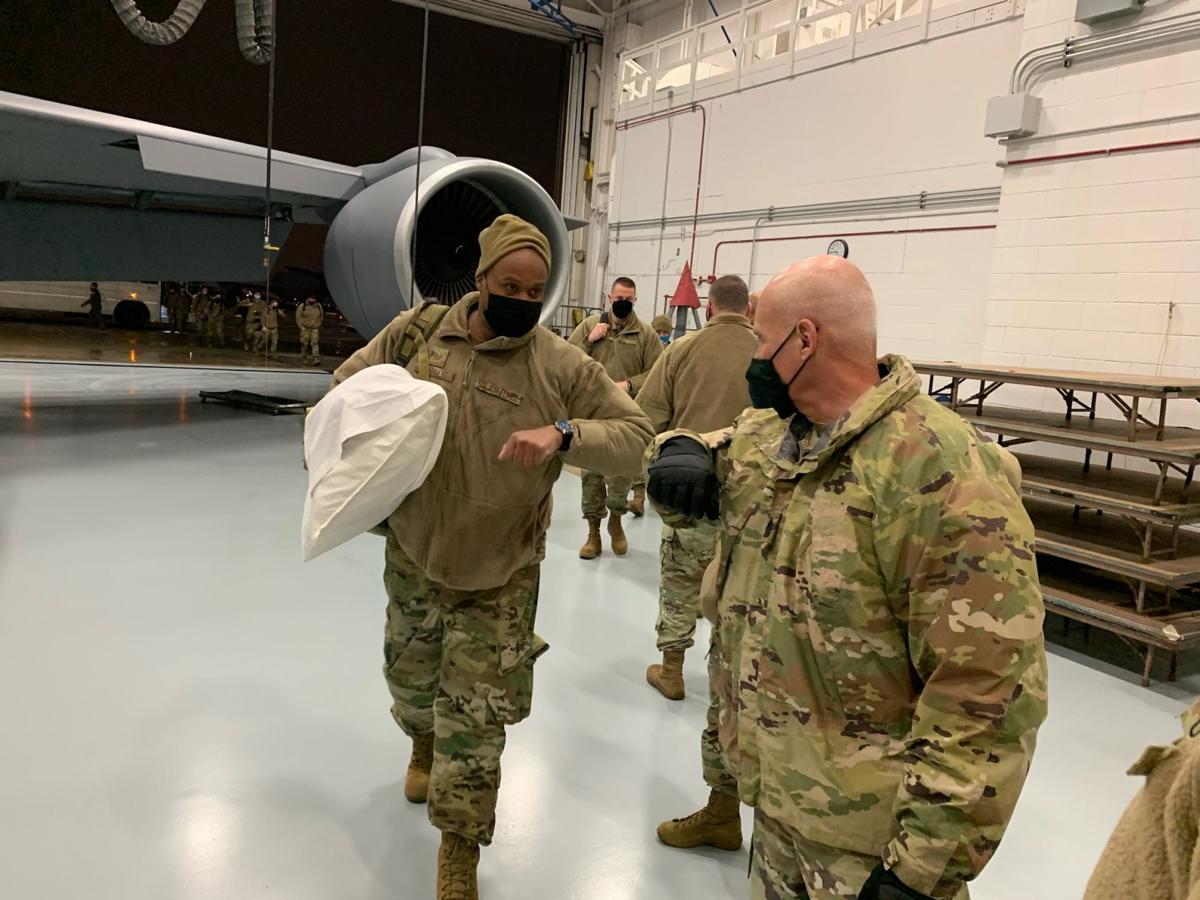 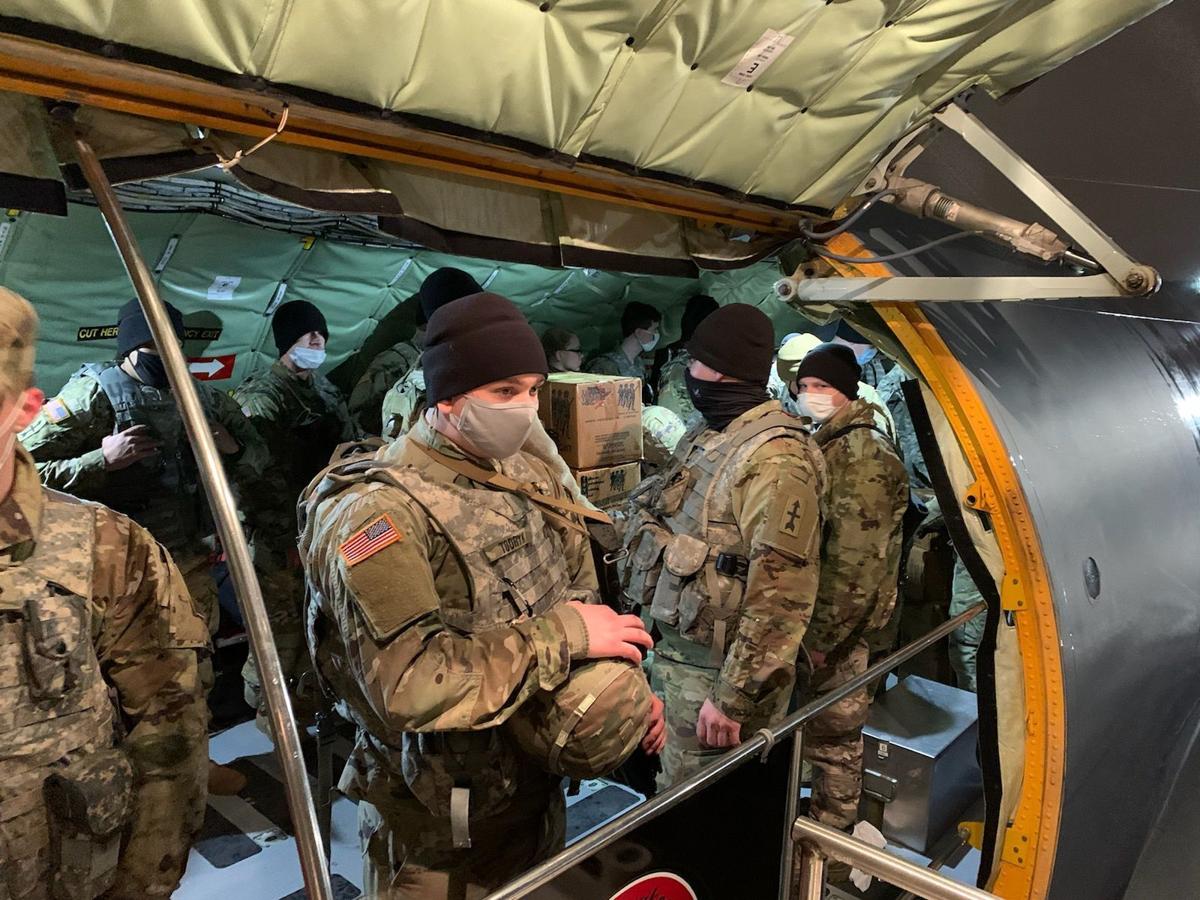 Within hours of Joe Biden becoming president on Wednesday, he signed executive orders that not only signaled how different his administration's priorities are to those of his predecessor, but also drew criticism from Wisconsin’s Republican delegation.

“Despite promising to work for unity, in his first hours in office, President Biden has managed to destroy American jobs,” U.S. Rep. Bryan Steil said in a statement Wednesday night.

Biden signed 17 executive orders Wednesday, including protecting undocumented “Dreamers” brought into the U.S. as children from deportation; having undocumented immigrants including in U.S. Census counts; making the U.S. set to re-enter the Paris climate accords; and revoking the Keystone XL pipeline’s permit to continue expanding, the last of which was most irksome to Wisconsin’s five Republican members of Congress.

The most vehement in his opposition the stall of the Keystone expansion was Steil, whose district includes his native Janesville as well as all of Racine and Kenosha counties.

Steil — along with fellow Wisconsin Republican Reps. Glenn Grothman of Fond du Lac, Tom Tiffany of Minocqua, Mike Gallagher of Green Bay and Scott Fitzgerald of Juneau — co-signed an open letter to Biden asking him to reverse his decision.

Expansion of the pipeline, which carries oil from western Canada to  southeastern Texas, has been on and off for years.

In 2012, President Barack Obama approved expansion of a segment of it beginning in Oklahoma. But three years later, he vetoed a separate expansion citing environmental concerns.

Expansion — with a focus on establishing a more direct but controversial route interfering with American Indian sovereign land — was revived under one of President Donald Trump’s first executive orders, after he took office four years ago Wednesday.

American Indian groups have been among those leading opposition to expansion of the Keystone Pipeline, although some indigenous peoples in Canada have recently come out in favor of its expansion.

Alvin Francis — chief of the Nekaneet First Nation, which has an ownership stake of the pipeline, said in a statement Tuesday reported by The Washington Times: “If news of President-elect Biden potentially pulling Keystone XL’s presidential permit is true, I want to fully express how devastating this would be to my community and others across Canada and the U.S. who are benefiting from the Project.”

In a statement, Tiffany said: "President Biden's decision to rip up the Keystone permit on the first day of his term is a rejection of bipartisanship, a slap in the face to Wisconsin employers and workers who rely on this project for their livelihoods, and our friends in Canada, particularly their indigenous community."

Francis added: “We, like many Indigenous communities across North America, have been inspired by President-elect Biden’s position to support minority communities and build an economy where everyone enjoys an equal chance to get ahead. A decision against Keystone XL is the exact opposite of that pledge.”

After reports that Biden planned to stall construction of the hot-button pipeline, Steil cited a Fox Business report with the headline “Biden ending Keystone pipeline would kill thousands of American jobs” in a tweet.

In the Wednesday open letter to Biden, Steil wrote: “So much for unifying the American people. In his first hours in office, President Biden has destroyed thousands of good-paying jobs, including many in Wisconsin, by halting the construction of the Keystone XL Pipeline. This construction project would help grow jobs in Wisconsin and support our communities. Instead of working to create family-supporting jobs, Biden is spending his first day eliminating jobs."

Steil has positioned himself as pro-business since joining Congress in January 2019. Among his biggest donors have been construction corporations, which have donated more than $150,000 to his campaign over the past two years, according to financial disclosures.

Meanwhile, many American Indian groups remain opposed to the pipeline. Ruth Hopkins, a member of the Sisseton Wahpeton Sioux Tribe, said in a tweet this week: “I’m crying. We’ve been fighting this pipeline for nearly 10 years. I know the danger. The 1st Keystone Pipeline spilled half a million gallons next to my Rez (reservation).”

In 2019, part of the Keystone Pipeline was shut down after nearly 400,000 gallons of oil spilled from it in North Dakota.

Supporters of Biden’s plan say that clean-energy-focused plans will do more than make up for the lost jobs — Biden’s campaign saidd his economic plan will create 10 million jobs in clean energy.

“Four years ago, former President Trump removed the United States from the Paris Agreement, sending a signal to the world that our federal government was abandoning the task of combatting climate change,” Wisconsin Lt. Gov. Mandela Barnes, who chairs Gov. Tony Evers’ Task Force on Climate Change, said in a Wednesday statement. “Today, President Biden sent a signal of his own — the United States is back at the table, and we are ready to be a global leader in tackling the climate crisis.”

Others say that the attention the pipeline has received is more symbolic than anything else. Obama, in November 2015, said "for years, the Keystone pipeline has occupied what I, frankly, consider an overinflated role in our political discourse. It became a symbol too often used as a campaign cudgel by both parties rather than a serious policy matter."

A city committee is set to take up a proposal to consider extending the date of a sunset clause for Kenosha’s mask ordinance. Approved in the …

A memo from a Republican super PAC identified the race for Wisconsin’s 3rd Congressional District as critical in 2022, suggesting a “rematch” between longtime Democratic Rep. Ron Kind and his past GOP opponent Derrick Van Orden.

Plans to build a new building to replace the current Station No. 4 firehouse on 60th Street received the support of the city’s Public Works Co…

A portion of the tax revenue generated from marijuana sales would go toward equity initiatives and rural schools, Gov. Evers said in a statement.

Republicans have been pushing for election changes after unfounded claims of widespread fraud following Trump's loss in Wisconsin.

The sweeping proposal from state Sen. Patrick Testin, R-Stevens Point, comes after the Dallas Mavericks did not play "The Star-Spangled Banner" before home games earlier this season.

The long-awaited Downtown parking structure could open for vehicles Monday, according to the city’s project manager. 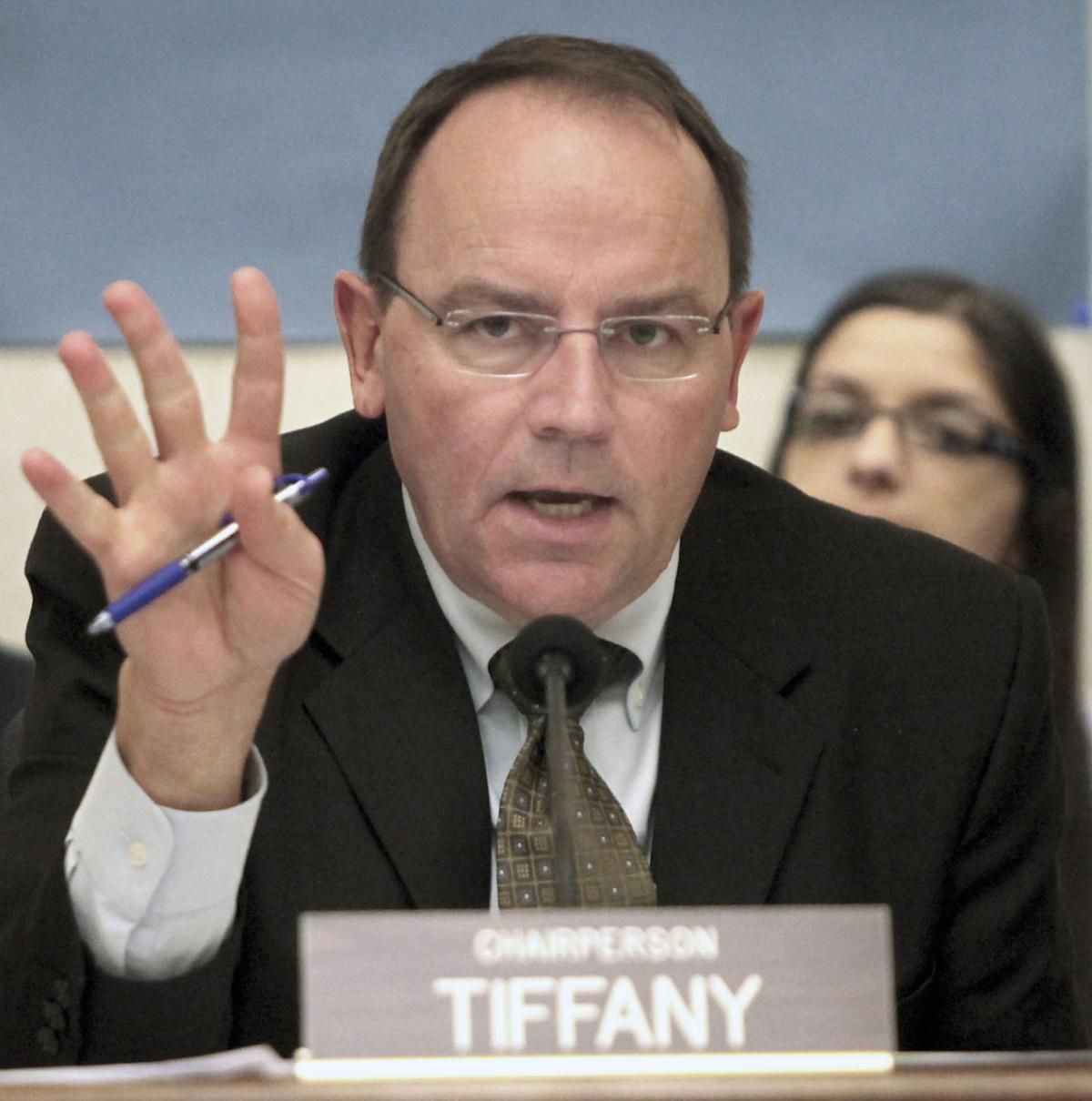