Kenosha County Board Supervisor Laura Belsky introduces resolution at Thursday night’s Finance Committee meeting held at the Job Center, 8600 Sheridan Road. She is proposing County Board oversight of extraordinary funding, including some $33 million the county is expected to receive through the American Rescue Act of 2021 stimulus funding for pandemic recovery.

The Kenosha County Board could soon have a direct hand in overseeing extraordinary revenue and expenses, which includes nearly $33 million in COVID-19 relief from the federal government the county will receive this year.

The Finance and Administration Committee Thursday night voted unanimously to approve A resolution introduced by Supervisor Laura Belsky. It requires county administration to present to appropriate committees and the County Board federal and state revenues related to any new COVID-19 pandemic or “other unforeseen emergency-related programs and projects.”

The board’s oversight and approval would also be needed for any expense or revenue received from sources not previously anticipated during a budget year, according to the resolution.

The committee took action after it also voted unanimously to accept the $32.9 million provided through the American Rescue Plan Act of 2021. A total of $1.9 trillion in economic stimulus funding is going to assist counties, cities and municipalities nationwide in response to the pandemic.

The disbursement would occur in two portions, equal to about 50 percent of the disbursement, via a portal established by the federal treasury. County finance officials are expected to request the first of the funds as soon as the authorization resolution receives board approval.

Finance Director Patricia Merrill said she anticipates the process to receive the funds to take about a week. The second segment of funds would be available about 12 months after the county receives the first.

According to a summary from the National Association of Counties, the legislation allocates $65.1 billion in direct federal aid to all counties based on their share of the U.S. population. Among allowable uses, include:

Responding to or mitigating the public health emergency with respect to the COVID-19 emergency or its negative economic impacts;

Providing government services to the extent of the reduction in revenue;

Belsky said the county’s budget process, while complex, is among the most important responsibilities of the board.

“Being that being said, the Kenosha County budget is one of the best managed budgets in the state with a Fitch Rating of double-A plus,” she said.

Belsky proposed the resolution because the board currently has no mechanism by which to oversee or approve revenue or expenses outside the normal budgeting process. Along with Belsky, the proposed oversight resolution was co-sponsored by supervisors William Grady, Monica Yuhas, Zach Rodriguez and Andy Berg.

During deliberations, Supervisor Ron Frederick wondered what Belsky’s resolution aimed to do given that administration has yet to apply for the funds. Supervisor Jeffrey Gentz acknowledged its purpose in giving the County Board oversight not just for the emergency pandemic federal funds.

“But I don’t think it’s limited to that. I think they made it so it’s inclusive of any money we get — outside of the budget — having to come to the board to spend,” Gentz said, praising both Belsky and Barna Bencs, county budget director.

Terry Rose, the committee chair, asked whether already budgeted sheriff’s deputies’ salaries, for example, which have received “unexpected” grants to repay those salaries, would be part of the proposed oversight.

Bencs noted that the resolution applies only to new programs or projects. Belsky said they would not be subject to the proposed board review.

“This resolution is only for things outside of the normal budget process budget resolution,” she said.

The American Rescue Act funding is currently the only revenue outside the county’s regular budgeting process that would be part of the proposed review, if approved by the board.

Both the stimulus authorization and the proposed oversight resolution are expected to come before the full board for approval on Tuesday night.

Stroke survivors being turned away. More patients on ventilators than ever. The threat of a new, little-understood COVID-19 variant that may already be in Wisconsin. Health leaders believe the current state of the pandemic in Wisconsin could be worse than it’s ever been before.

Legal for a teen to walk about with an AR-15? Rittenhouse trial judge says yes

Is it legal for 17-year-olds to walk around with AR-15s? Apparently so.

Wednesday will bring a flurry of election-related developments in the state, with both the Wisconsin Elections Commission and a partisan legislative panel dissecting the 2020 presidential election.

Homeowners would see a slight increase in the city portion of their property tax bill in the proposed 2022 budget.

The Vault, a banquet hall and event space in Downtown Kenosha, is facing a suspension of its live entertainment license as a city committee pr…

A Baraboo woman is leading an effort to oppose potential construction of a new lakefront building at Wisconsin’s most popular state park.

Here's how many astronauts NASA selects from more than 12,000 applicants

Here's how many astronauts NASA selects from more than 12,000 applicants

Kenosha County Board Supervisor Laura Belsky introduces resolution at Thursday night’s Finance Committee meeting held at the Job Center, 8600 Sheridan Road. She is proposing County Board oversight of extraordinary funding, including some $33 million the county is expected to receive through the American Rescue Act of 2021 stimulus funding for pandemic recovery. 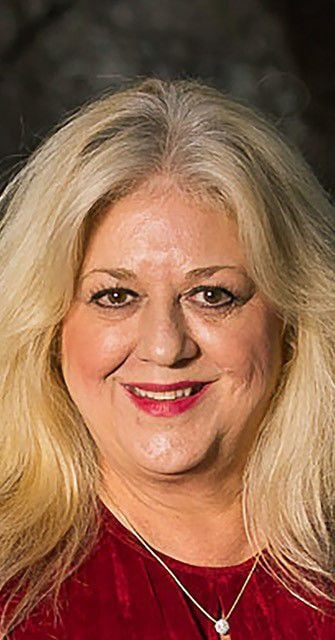