Kenosha County officials and the widow of a sheriff’s department jail supervisor who died from COVID-19 reached a settlement agreement Thursday in the case of his death.

The Finance and Administration Committee voted unanimously in open session on the agreement. The vote followed a closed session discussion with the county’s legal counsel.

The terms of the tentative settlement in the death of Cpl. Christopher Basina, 55, of Kenosha, a 23-year-veteran of the department, were privately negotiated and were not disclosed following the meeting. He died Oct. 8, 2021.

“We have an agreement in principle with the Basina family and (Cheryl Basina’s) attorneys,” said Kenosha County Corporation Counsel Joe Cardamone. “It is my expectation, hopefully, next week, everything will be signed and finalized.”

Cheryl Basina, who attended the meeting, said her attorney Kevin Martin was out of the country and could not be present. In January, she had asked that her husband’s death be recognized as one that had occurred “in the line of duty.”

Such a declaration would entitle her to benefits, under state law, including the county’s continued payment of health insurance premiums for the surviving spouse of an officer who dies in the line of duty, among others. Jailers under the direction of a sheriff are considered law enforcement officers.

Cheryl Basina then filed a notice of claim against the county on Feb. 2 after county officials declined to make that declaration. The notice is the first step toward the filing of a lawsuit. The matter went before the Finance Committee on March 10, however, the committee agreed to delay action for 60 days until it could collect more information.

During the committee’s May 12 meeting she asked again that her husband’s death be classified in the “line of duty” based on his contracting COVID-19 through his job in corrections. She said her husband also had contact with “every employee and every inmate” who was housed in the corrections center.

While he and other jail employees were required to wear N95 masks, inmates were not, she said. She said her husband had told her sometimes jailers did not have gloves because they had run out.

The family’s attorney has said Basina’s only known exposure prior to his death due to COVID-19 was at work and that no other coexisting illnesses were listed on Basina’s death certificate as having contributed to his death. His doctor concluded his exposure to COVID-19 had occurred while “in the line of work,” according to Miller.

At Thursday’s meeting and prior to the committee’s vote, Cheryl Basina also presented paperwork that would allow for her to access her husband’s pension, which she said she needs in order to pay her bills.

“Right now, my savings is exhausted and I lost my job in January and I need his pension to be able to pay bills because as of next month, I won’t have any funds to do that,” she said, while walking out of the room as the committee went into closed session.

She said she could not comment further on negotiations for the settlement and referred additional questions to her attorney.

Cardamone also said he could not comment on the specifics of the settlement until it was finalized, including whether it incorporated any of the earlier demands to declare Basina’s death as one that occurred in the line of duty.

“What will say is I think that both sides are satisfied with the settlement,” he said.

Photos: Here are some of the kids left behind after 4 million COVID deaths

The Kenosha City Council has overwhelmingly approved a 2023 budget which includes a slight tax rate decrease compared to the current fiscal year.

The donor whose foundation has pledged $675,000 toward the proposed multimillion-dollar restoration of Kenosha County’s Ceremonial Courtroom a…

RANDALL – Bob Stoll is hanging up his political hat after more than 30 years serving in local government, including just over a decade as Town…

Kenosha County voters Tuesday night told their state legislators by a close margin that they favored Wisconsin becoming a sanctuary for gun owners. 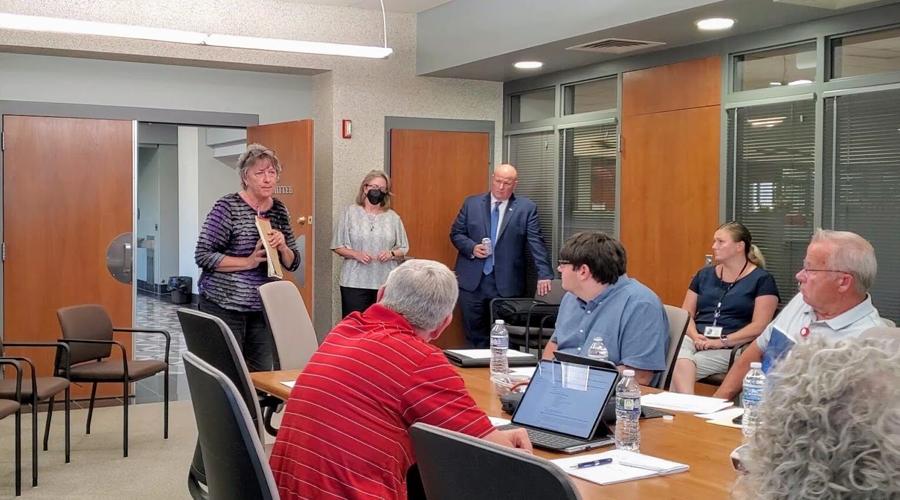 Cheryl Basina, widow of Cpl. Christopher Basina, addresses Kenosha County’s Finance Committee Thursday night prior to the committee’s vote on a settlement involving his death due to COVID-19 last fall. The committee voted unanimously in favor of the settlement. The agreement terms were not immediately disclosed. 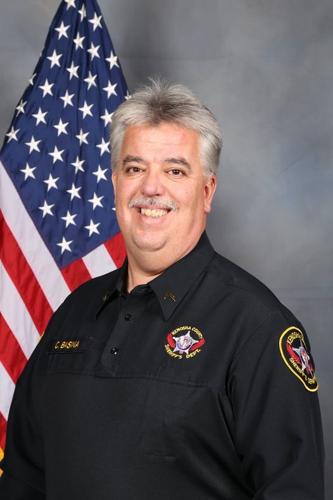