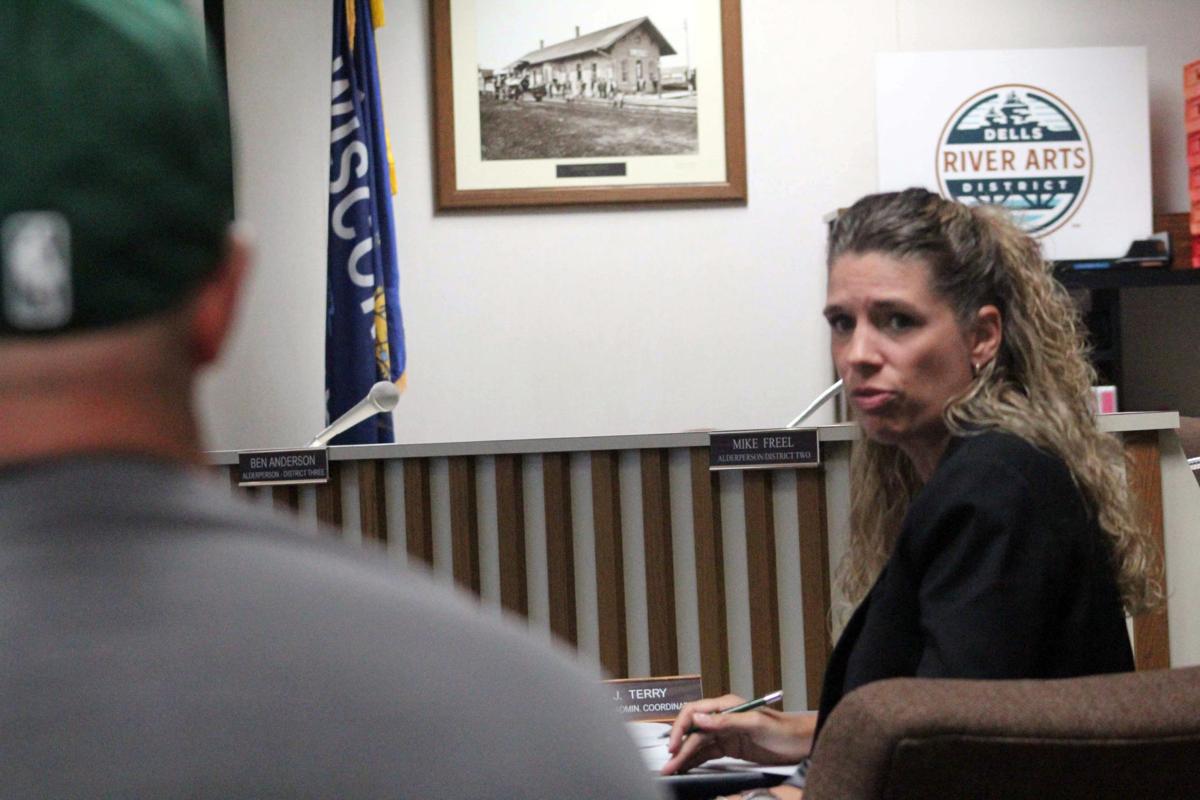 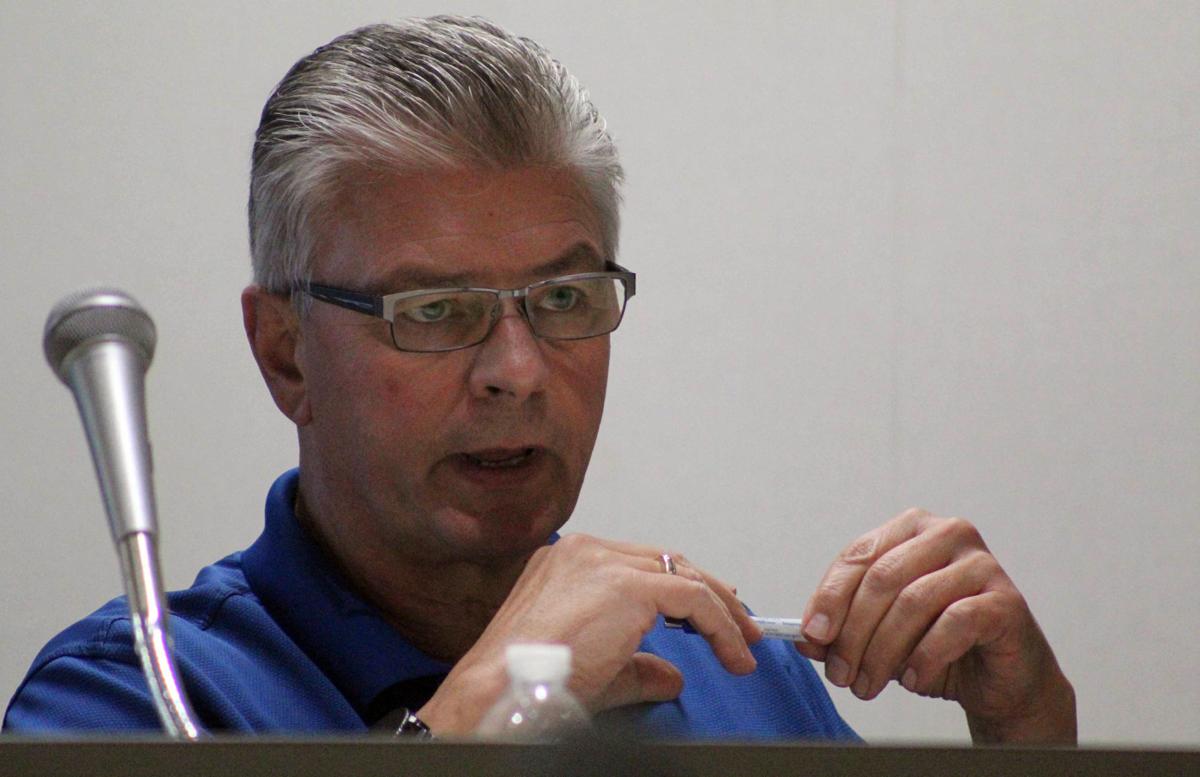 Finance Committee Chairperson Brian Holzem talks during the committee's discussion at its Sept. 20 meeting on how to use the COVID-19 federal stimulus money Wisconsin Dells has been allocated. 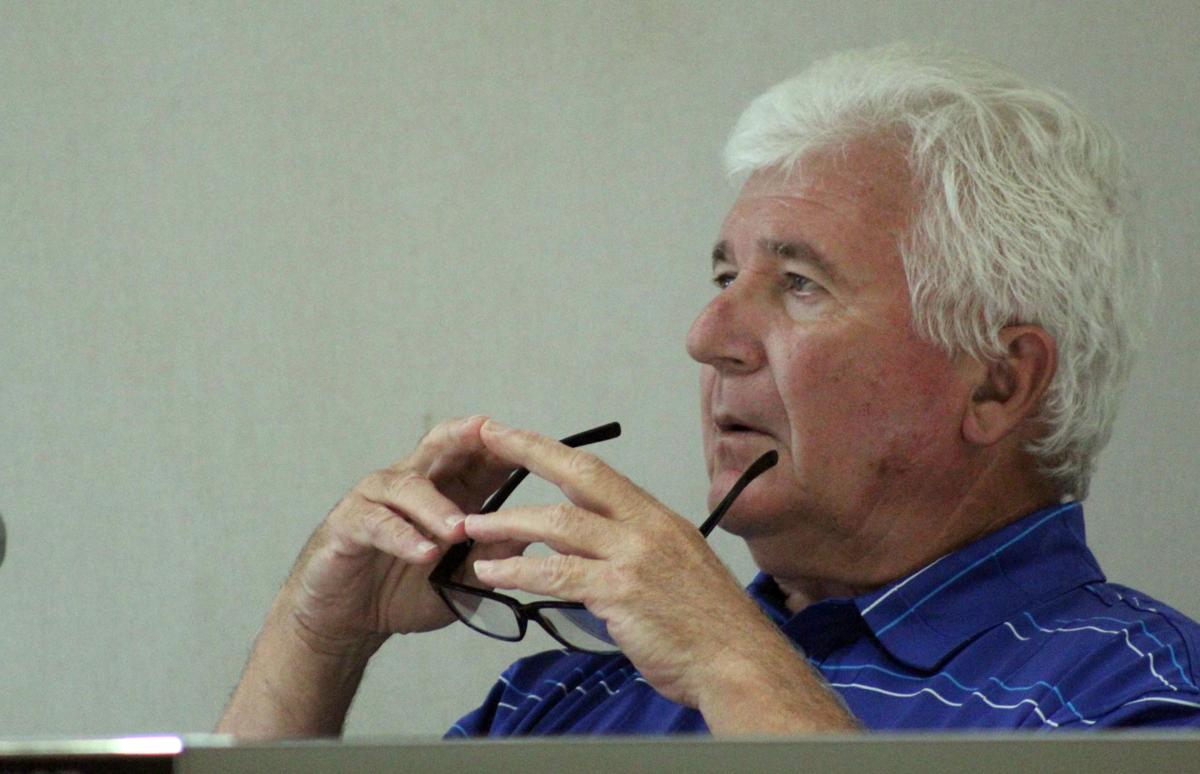 Wisconsin Dells will use all of its COVID-19 federal stimulus money to help replace a nearly 23% loss in premier resort tax revenue the city experienced last year when tourism grinded to a halt due to the pandemic’s restrictions and safer-at-home orders.

The common council unanimously approved to allocate the dollars at its Sept. 20 meeting. Alderperson Jesse DeFosse was absent. The allocation was also unanimously approved by the finance committee meeting held prior to the common council meeting the same evening. The conversations continued from the finance committee’s August meeting, where members discussed but did not reach a decision on how to use the funds.

During discussion, finance committee members agreed it was best to also put some of the funds into the façade improvement grant program to give back to the local businesses and help improve downtown Dells.

“I think it’s a great program too, the downtown is starting to look really good,” said Mike Freel, who sits on both the finance committee and common council. “The more we can help the downtown the better.”

Resident Jim Morris, who owns VR Universe at 321 Broadway, said the businesses along Broadway would like to see the allocation of the grant program used toward smaller projects across multiple businesses rather than one big business and risk running out of money for other businesses. He said businesses have asked for funds from the façade program in previous years but was told there wasn’t any money in the fund. As of Sept. 21, the city’s website said all funds have been utilized for the grant.

Wojnicz said the reason the façade money account was depleted was because funds were set aside to build infrastructure for the new high school on Brew Farm Road. With the high school now open and businesses in the midst of recovering from last year’s COVID-19 restrictions, Wojnicz said it was time to replace the funds.

“We know we need to get this fund filled back up,” he said.

Terry said putting money towards the program shows support for the local businesses.

“A reason for a lot of this funding is to start helping some of these small business owners and I think this is a great way for our community to show that we are supporting our small businesses on our Main Street downtown,” Terry said.

Stroke survivors being turned away. More patients on ventilators than ever. The threat of a new, little-understood COVID-19 variant that may already be in Wisconsin. Health leaders believe the current state of the pandemic in Wisconsin could be worse than it’s ever been before.

Legal for a teen to walk about with an AR-15? Rittenhouse trial judge says yes

Is it legal for 17-year-olds to walk around with AR-15s? Apparently so.

Wednesday will bring a flurry of election-related developments in the state, with both the Wisconsin Elections Commission and a partisan legislative panel dissecting the 2020 presidential election.

Homeowners would see a slight increase in the city portion of their property tax bill in the proposed 2022 budget.

The Vault, a banquet hall and event space in Downtown Kenosha, is facing a suspension of its live entertainment license as a city committee pr…

A Baraboo woman is leading an effort to oppose potential construction of a new lakefront building at Wisconsin’s most popular state park.

City administration has proposed a tax levy increase of 2.83 percent to support the general fund budget for operations in 2022.

Vos told Bayatpour "The elections commission doesn't have a right to waive law ... That's illegal. It doesn't matter if they have good intentions or not. They have to follow the law."

Bayatpour then asked, "Should the DA charge them in Racine County?"

Vos replied: "I think probably, but I'm not a district attorney. ... I certainly think anybody who breaks the law should pay the ultimate price to say I won't do it again."

Finance Committee Chairperson Brian Holzem talks during the committee's discussion at its Sept. 20 meeting on how to use the COVID-19 federal stimulus money Wisconsin Dells has been allocated.