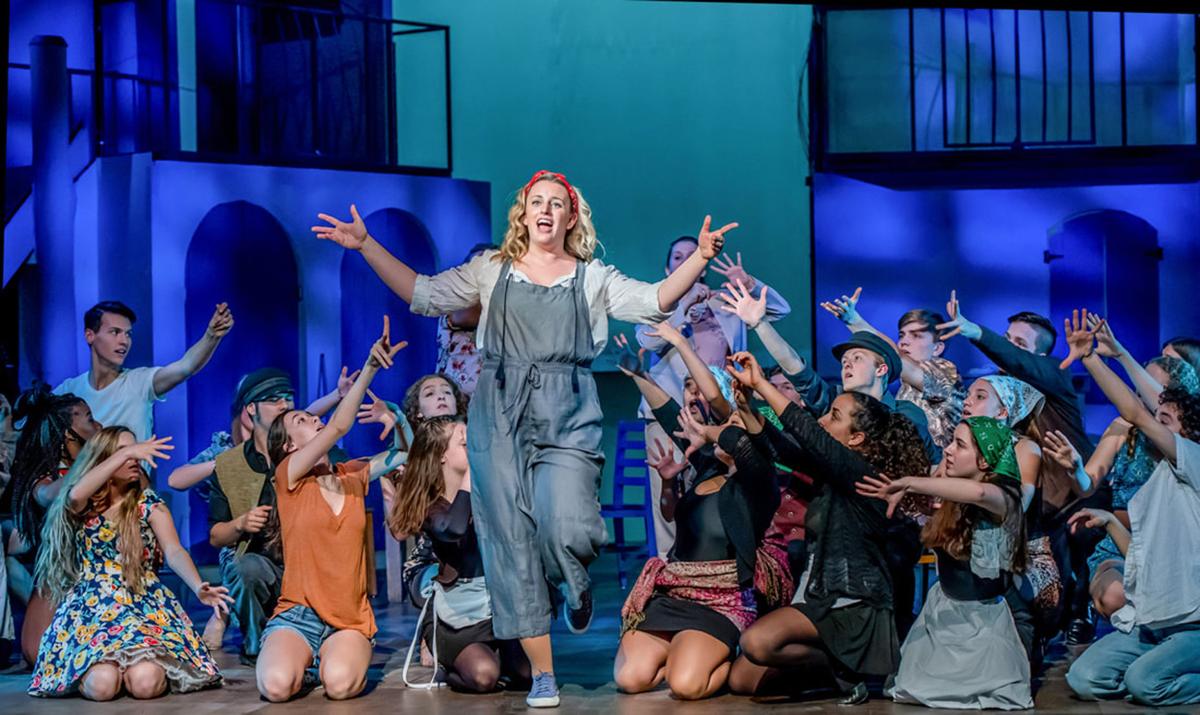 Harborside Academy theatre and choir teacher Kristen Singer (middle) performs as “Donna” in the 2018 production of Mamma Mia at Bradford. Singer recently received one of 20 Claes Nobel Educators of the Year awards from the National Society of High School Scholars. 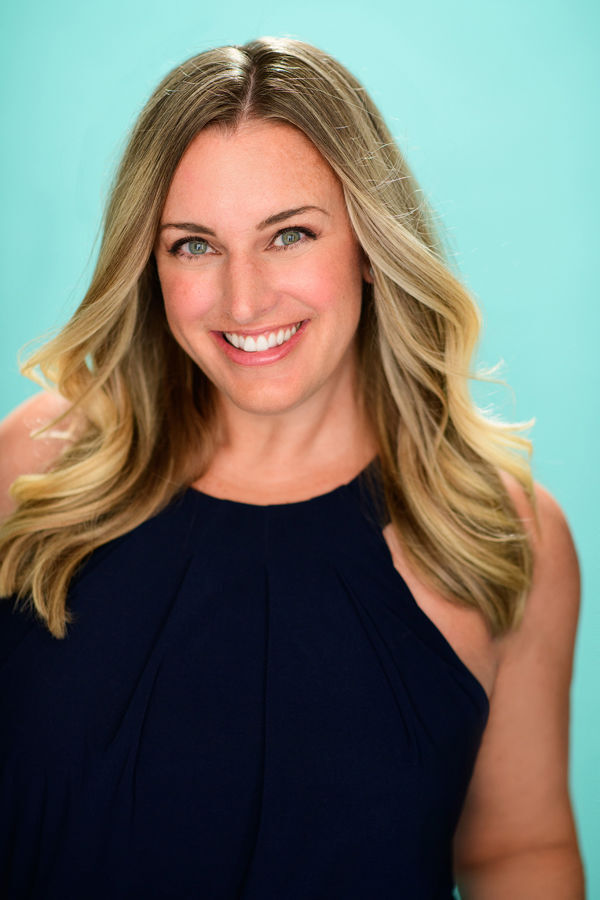 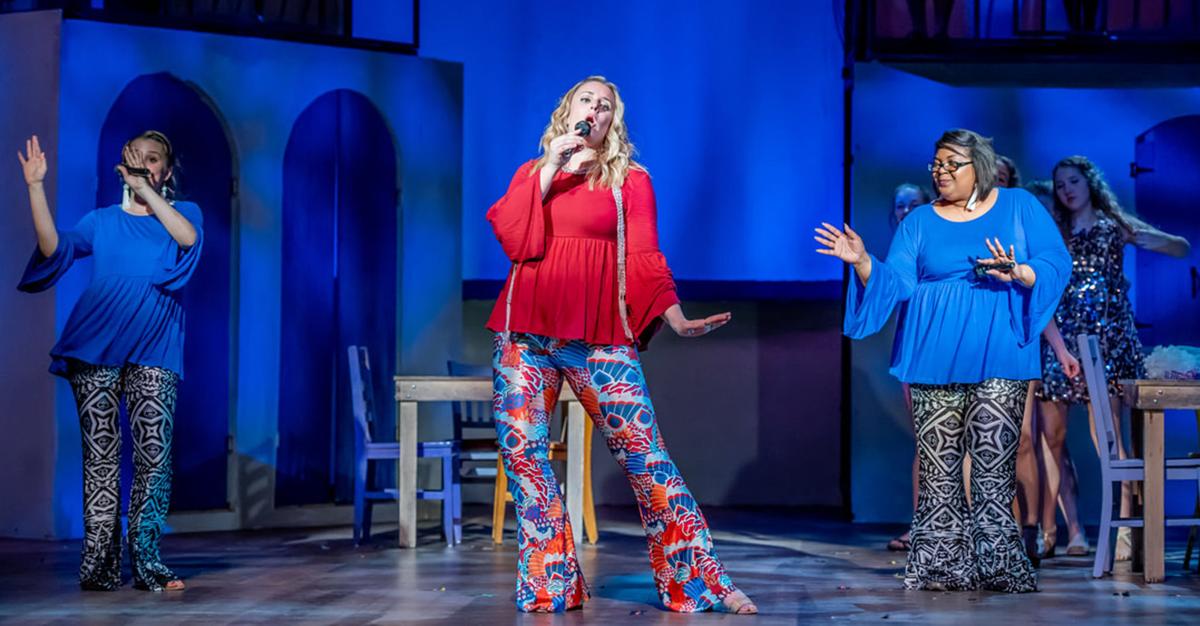 Harborside Academy theatre and choir teacher Kristen Singer, shown here in a 2018 production of Mamma Mia at Bradford, recently received one of 20 Claes Nobel Educators of the Year awards from the National Society of High School Scholars.

Harborside Academy teacher Kristen Singer admitted the email caused her to do a double take.

But she soon realized the news in that message was all too real.

And quite exciting at that.

Singer, who is currently in her fifth year with the school, recently was selected as one of 20 Claes Nobel Educators of the Year recipients by the National Society of High School Scholars.

For her efforts, Singer will receive a $5,000 grant for use at Harborside, where she teaches theatre and choir. A portion of the funds will go toward a future theatrical production, with the rest being used to give students opportunities to see live professional theatrical productions.

According to a press release announcing the award, it is presented to “exemplary educators who have demonstrated an outstanding and noteworthy commitment to preparing their students for success inside and outside of the classroom.”

Singer was nominated for the honor by one of her students, Sofia Roldan, which was the necessary first step toward her eventual selection.

And that it came from a student made the honor even more special, Singer said.

“For them to recognize that I am creating those things for (the students) is pretty special. You do it to give them all these opportunities and experiences and hopefully find what it is they want to do in their lives. It’s not a job that gets a lot of recognition. It’s been a tough year, (so) it felt really good, especially in this time period.”

Roldan’s nomination of her teacher gave Singer the chance to write a grant application for the honor, she said, and it came at a perfect time, as she was working toward a master’s degree in musical theatre vocal pedagogy and had just learned the steps to do that.

From there, the rest of the pieces just fell into place.

“If she hadn’t done that, I never would have received this award,” Singer said. “She was the impetus, if you will.”

Singer, a 1997 Tremper graduate who also holds a degree in theatre from UW-Parkside, previously taught at Lincoln and Bullen middle schools before she moved over to Harborside.

Harborside is a charter school within the Kenosha Unified School District, and Singer said she’s been excited with the growth of the music program since her arrival.

“It’s pretty exciting that, from my first year to now, that it’s grown,” she said. “It even grew in this pandemic year. That’s pretty exciting. It’s nice to see that, even within our smaller population, we have more and more kids who are getting involved in the arts.

“That’s across the board, too, (it’s also) in band and orchestra. It’s just grown over the years. I think that’s really important. That’s kind of the goal, for it to continue to get bigger.”

And with that growth has been the pure joy she gains from her chosen profession.

Singer, who worked on a cruise ship after high school and before college, brings plenty of real-world experiences to her students.

In the summer, she directs the Kenosha Youth Performing Arts Company, has worked as an actress and a singer, works as a freelance music director in Milwaukee and Chicago and has been an adjudicator at the Junior Theatre Festival in Atlanta, Ga., for seven years.

As an actress, Singer appeared in the film, “The Fear of Looking Up,” and she sang and arranged the music for the film “The Book of Birdie.”

Showing her students not only that she continues to be a learner herself, but what can come from putting in that work, is vital for what she does in the classroom, Singer said.

“I think it’s important as an educator, especially someone in the arts, that you have experience and are still always learning and growing in your profession,” she said. “I really pride myself in the work that I do outside of school as well.

“It’s really important for the kids to see that I still take voice lessons, I’m still auditioning for things. I still work and do other projects at other places. Meeting people doing all those kinds of jobs, I have connections that I can help them find their footing if they want to choose a similar path.”

Singer also has ventured far outside of Kenosha in her life, having spent time in New York City, on that cruise ship and abroad.

And those are just more tools she can share with her students.

“Those are all just experiences you can share as a teacher and open their eyes to possibilities they might not have thought of,” Singer said. “Here you are, right in front of them, and you can I say, ‘I lived here and there, and you can do this, too.’

“That’s my goal, that I can show all my students that the possibilities are vast. That’s what I’m here for, to share those with them and try to lead them to whatever interests them the most.”

Singer, like nearly every educator in the land during a pandemic, has seen her fair share of challenges during the 2020-21 school year.

And with the arts, which lends itself much better to in-person learning, it’s at times been even more difficult.

But all she and her students can do is to keep striving to teach and learn, regardless of the platform.

“There is no technology out there that allows you to have every kid in a Zoom call or a Google Meets, have their microphones on and be able to hear them simultaneously,” she said. “I think people in general think technology is great. We have all these platforms, we can do all these things, (but) it’s really not enough.

“What’s really lacking is that human connection and that feeling of community you have when you’re working on a project with people all in the room, with an audience sharing the experience. I think that’s what everyone is craving. We’re just trying to get through it.”

Singer said her classes were able to put together three holiday programs, virtually of course, to at least give her students some type of normalcy in a very abnormal situation.

And it wasn’t just her charges who were learning something along the way, either.

“You just learn new skills quickly to do the best you can,” she said. “I learned how to edit video real fast. We could still put something out there, and they could still feel like they were accomplishing something.

“It’s been a challenge no matter what, in person, hybrid, online only, all of it is hard, and all of it is not ideal. We just need to persevere and know that an end is in sight one day.”

Carl the Kenosha Turkey saga comes to a sad ending: Forest Park fixture killed after being hit by vehicle

The final chapter in the saga of Carl the Turkey was sadly written Tuesday afternoon.

An undercover operation focused on prostitution in the Kenosha area led to the arrest in October of a 35-year-old Kenosha man.

Watch Now: Should my kid get the COVID vaccine?

Harborside Academy theatre and choir teacher Kristen Singer (middle) performs as “Donna” in the 2018 production of Mamma Mia at Bradford. Singer recently received one of 20 Claes Nobel Educators of the Year awards from the National Society of High School Scholars.

Harborside Academy theatre and choir teacher Kristen Singer, shown here in a 2018 production of Mamma Mia at Bradford, recently received one of 20 Claes Nobel Educators of the Year awards from the National Society of High School Scholars.