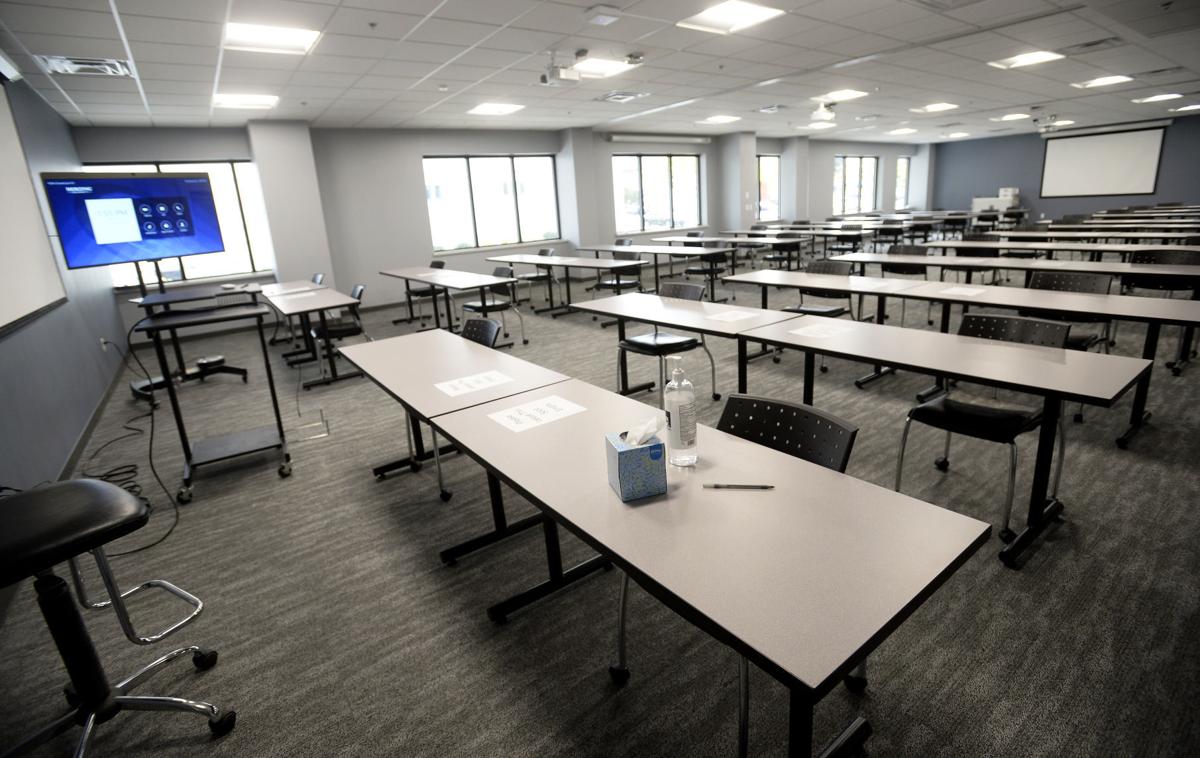 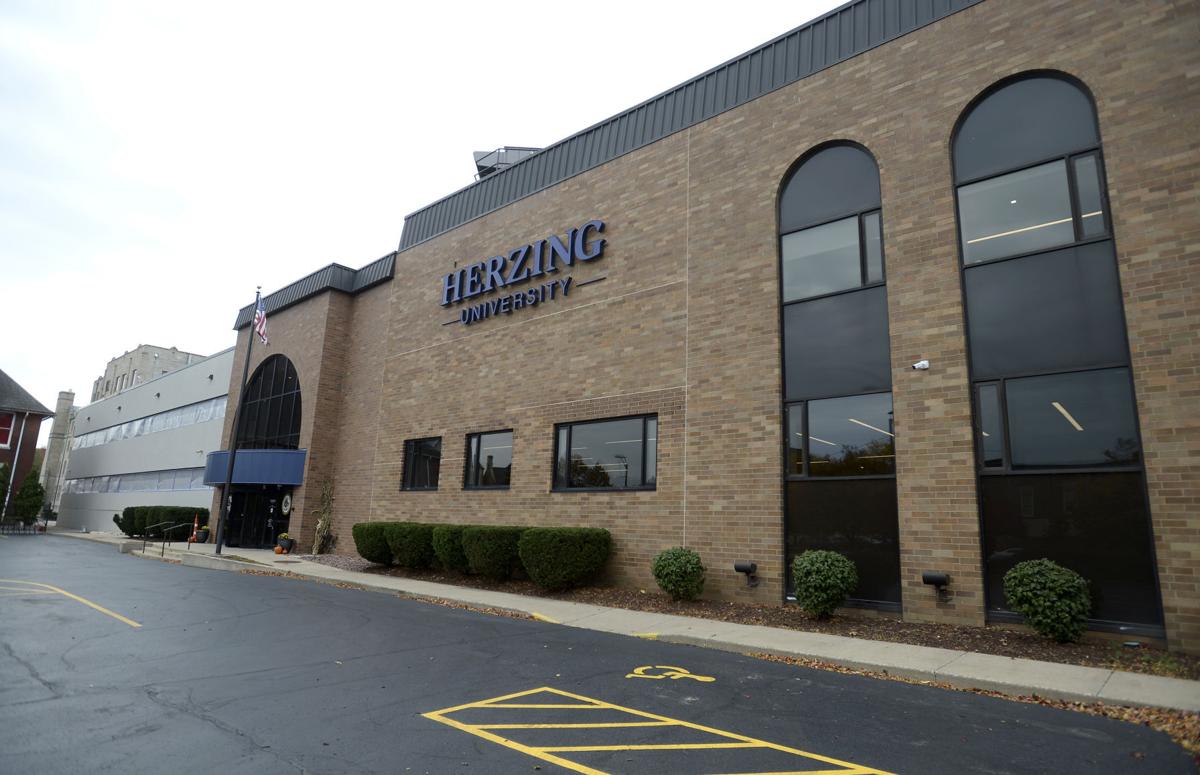 Herzing University has opened up its new campus in Downtown Kenosha. The building formerly housed the Kenosha News. 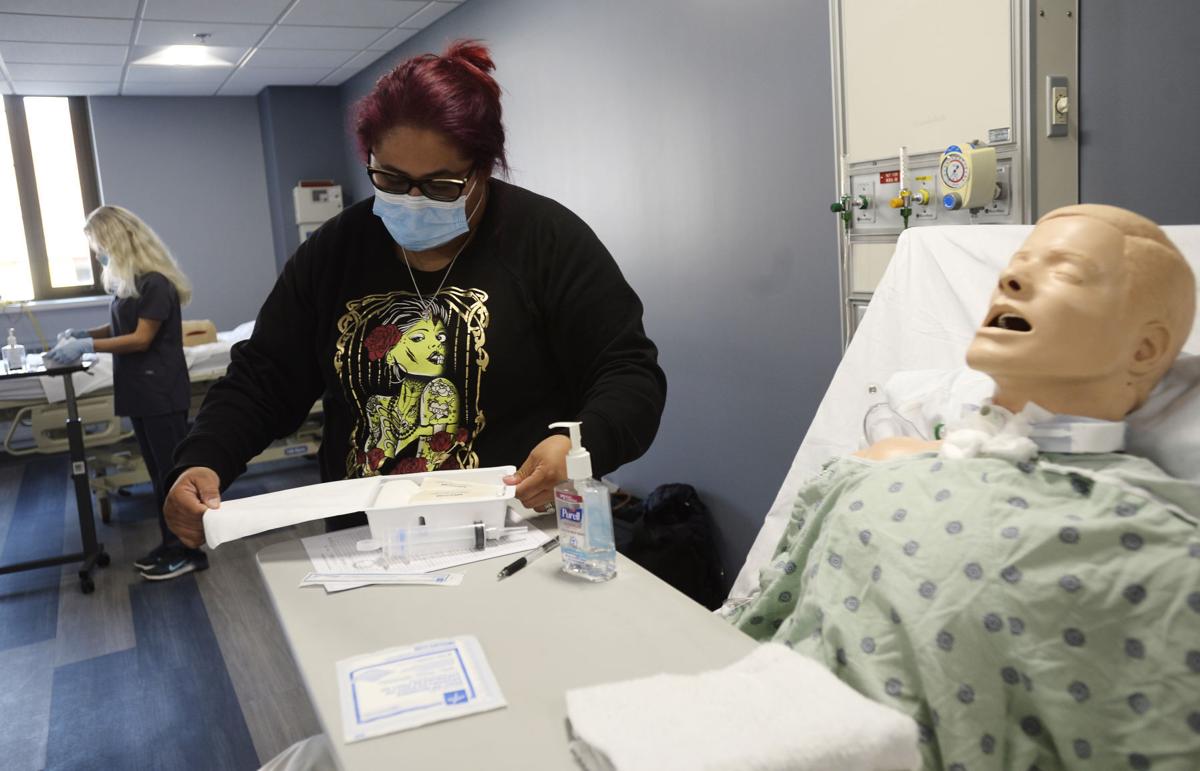 Herzing University has opened up its new campus in Downtown Kenosha. The school has transformed the former Kenosha News building to fit the growing needs of the university’s students. 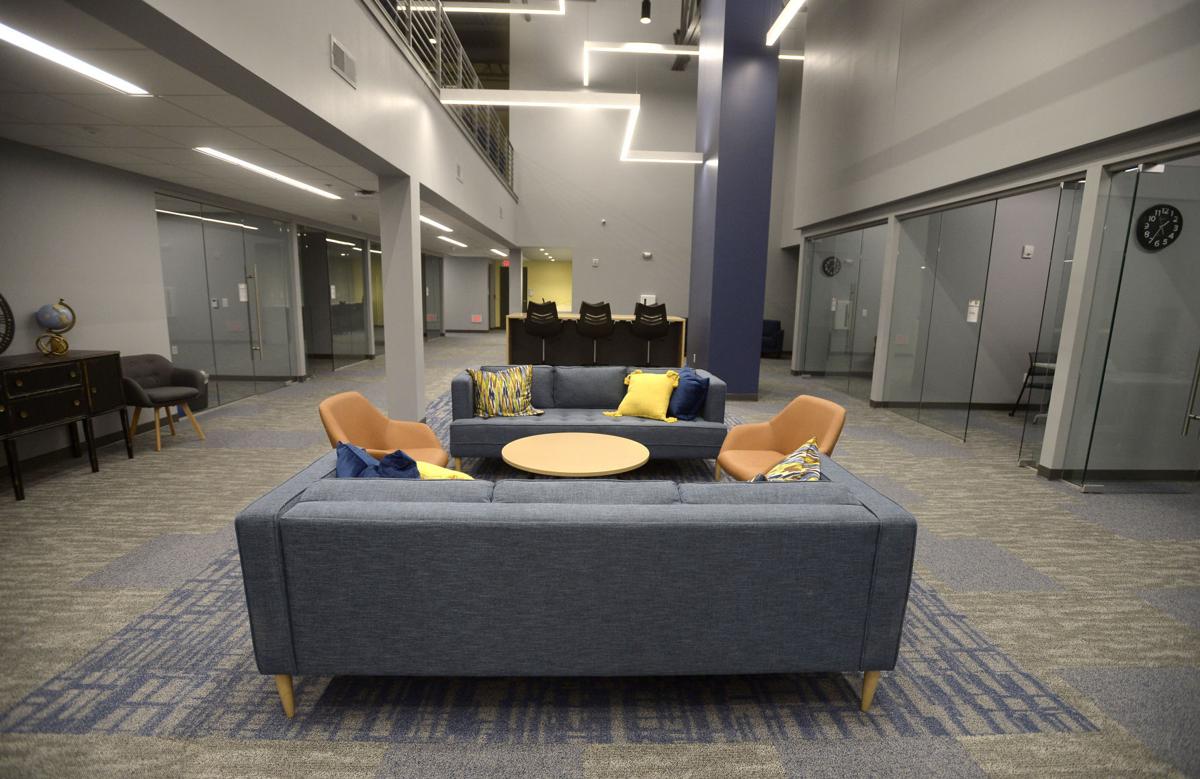 The bold, blue lettering of Herzing University, on the front of 5800 Seventh Ave., glows like a beacon that signals yet another piece of Downtown Kenosha’s redevelopment.

The two-story building that housed the Kenosha News for more than 50 years and once was the anchor of a corridor of long-closed department stores has become a major piece of the city’s grand rebuild. The Kenosha News left the facility a year ago this month, relocating to 6535 Green Bay Road, across from Southport Plaza.

Now Herzing University is expected to anchor a corridor that is projected to come alive with new shops, apartments and businesses.

Located across the street from the development project of the former Barden’s Department store and adjacent to the shuttered Alford Department store, Herzing is in the middle of the revitalization of a sector where buildings remained empty for many years.

Moreover, at 42,000 square-feet, the $5 million new home of Herzing University’s Kenosha Campus is slightly more than twice the size of its previous campus building on Washington Road near Bradford High School. Curriculum expansions, new academic programs and a growing enrollment prompted the need for more room to grow into the future.

With a student body that is 90% adult learners, Herzing had to repurpose the building that once had housed a warehouse, loading docks, a press room and a newsroom. The developers extended the second floor to provide more classrooms, meeting rooms, student conference rooms and quiet rooms.

The renovation was so extensive it looks as if it was built from the ground up. There is also plenty of room for expansion.

With a large percentage of students from Illinois, there was a need for space for students to feel at home without having to travel frequently back and forth across the border to attend classes. While it does not have residential quarters, the new facility does have places for students to relax between classes.

Herzing’s Kenosha Campus President Jeff Hill and his staff were so enamored with the Kenosha area that they named study rooms after noted lighthouses.

The city is excited about Herzing’s commitment to the area, and Herzing officials are excited to be Downtown.

“This is a dream come true,” said Hill. “We are deeply committed to the community. We’d like to think this has a positive impact on the City of Kenosha.”

And it does, noted Kenosha Area Chamber of Commerce President Lou Molitor. He believes Herzing’s relocation will enhance the city because it now has a Downtown college and that Herzing will benefit from being Downtown.

“I think their moving Downtown into that building is awesome,” said Molitor. “The 700 people who will be there will have an impact on meals, restaurants and businesses. It will have a great impact on the Downtown moving forward. They’re going to add to our Downtown.”

In March, Mayor John Antaramian said, “Having hundreds of students coming to Downtown on a regular basis, frequenting restaurants and shops, will be a boon for local businesses and the students will benefit from having a campus close to a walkable and vibrant retail and entertainment district.”

Heather Wessling Grosz, a vice president with the Kenosha Area Business Alliance, also liked the idea of Herzing moving Downtown. In March, she said, “Kenosha is a college town, and having Herzing Downtown adds a unique setting for students who come here to learn, hang out and shop — and hopefully, one day they will see the value in living and working here.”

Hill said Herzing Kenosha, one of nine campuses the university has in its system, had been considering relocating for a couple of years. Hill said, “We wanted to remain in Kenosha, and we wanted to be in a location Downtown if it could be worked out.”

“We want the campus to be in an environment where they (students) could enjoy the amenities around it,” Hill said. “We want to part of the redevelopment neighborhood.”

Wessling Grosz said they met with Hill to learn of his initial needs for expansion. “Our intention was for Herzing to stay, remain in Kenosha County and find a visible location that met their student and faculty preferences.”

“We discussed multiple options for them, including staying at their current campus and building a second location or the relocation to the former Kenosha News building. While the Kenosha News building seemed like it might be too large at first, the Downtown location hit many of their wish list items: walkability to restaurants, expanded classrooms, accessibility to current and future students from surrounding areas, such as Racine and Lake counties,” she said.

It took a partnership with several players including the city, the Wisconsin Economic Development Corp. and the Kenosha Area Business Alliance. Wessling Grosz said KABA helped Herzing apply for the grant that was part of the financial plan to determine whether the move was feasible.

Wessling Grosz said they are thrilled that Herzing remained in Kenosha and will help invigorate Downtown businesses by adding to the area’s daytime customer base. “We are glad to learn they feel confident in the decision made and will remain and expand in Kenosha for many years to come.”

Making it easier to learn

Rachel Goss, a senior from Waukegan, Ill., who relocated to Pleasant Prairie, said the new facility makes it much easier to complete her studies.

A vice president with the Herzing Student Nurses Association, Goss said she thought Herzing would be the right fit for her because of accelerated classes and a trimester system that would allow her a more flexible schedule.

“I look at this, Herzing relocating, as an opportunity for the school, for me and Downtown,” Goss said.

Martice Fuller charged in fight at Kenosha County Jail, a week in lead up to his homicide trial

A week before he is scheduled to go to trial, homicide defendant Martice Fuller picked up a new charge after getting into a fight in jail.

An attempt to cash in lottery tickets stolen during an armed robbery in Kenosha led to charges against two men.

SOMERS — One person was injured in a two-vehicle crash at the intersection of Highway L and Green Bay Road Monday, according to authorities.

Herzing University has opened up its new campus in Downtown Kenosha. The building formerly housed the Kenosha News.

Herzing University has opened up its new campus in Downtown Kenosha. The school has transformed the former Kenosha News building to fit the growing needs of the university’s students. 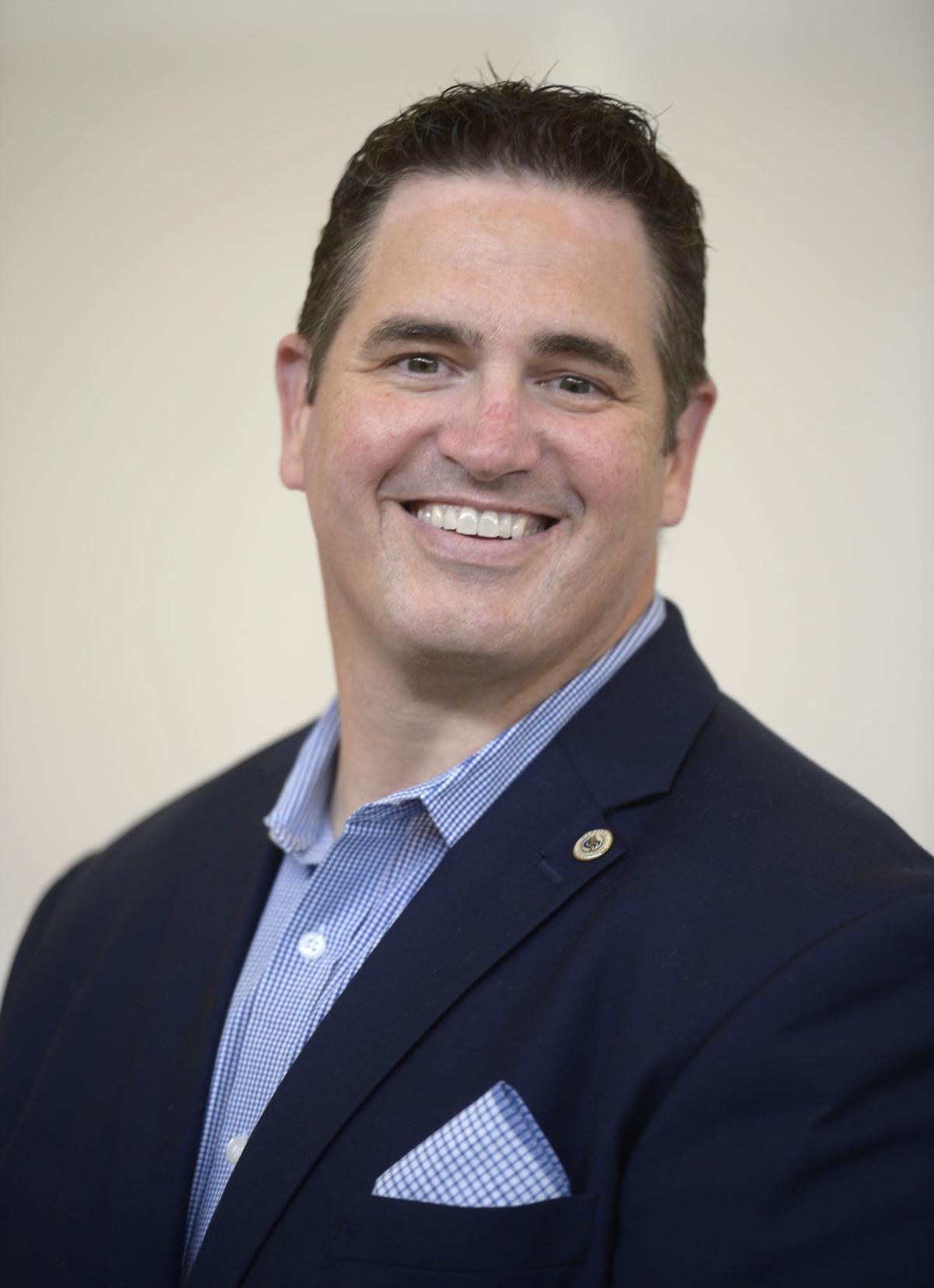 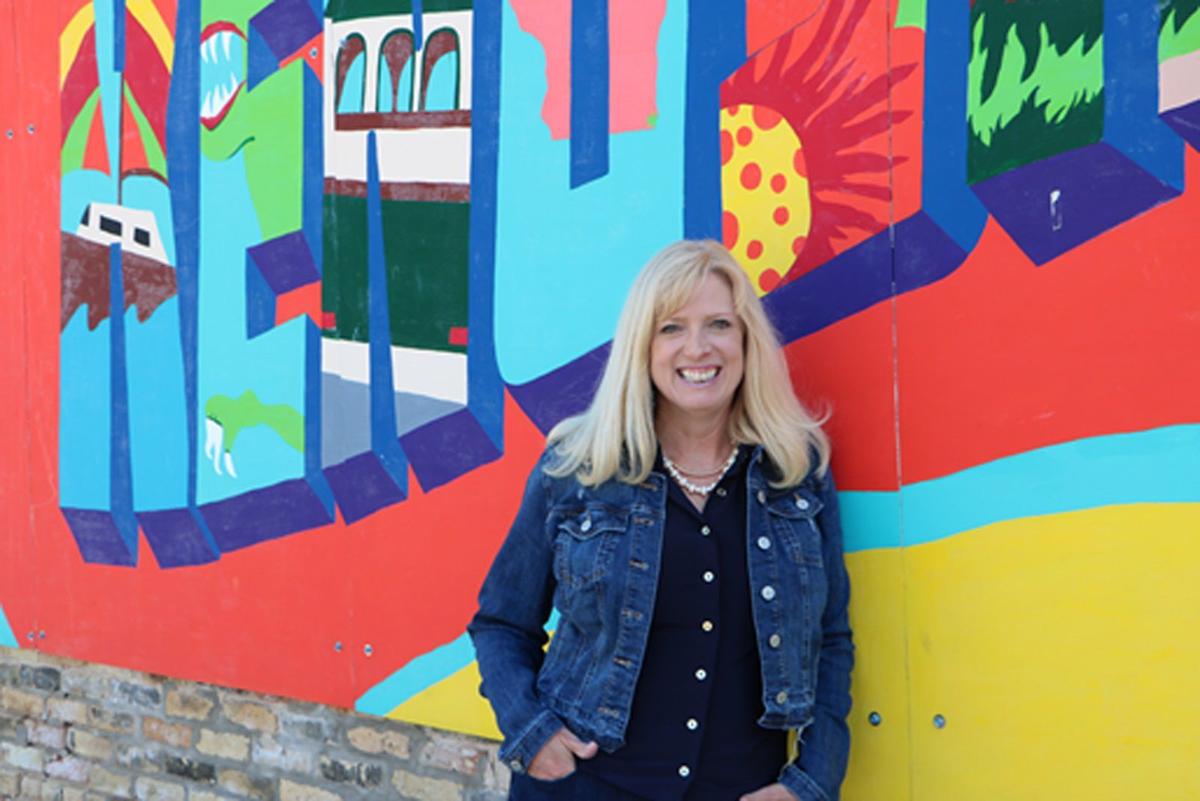