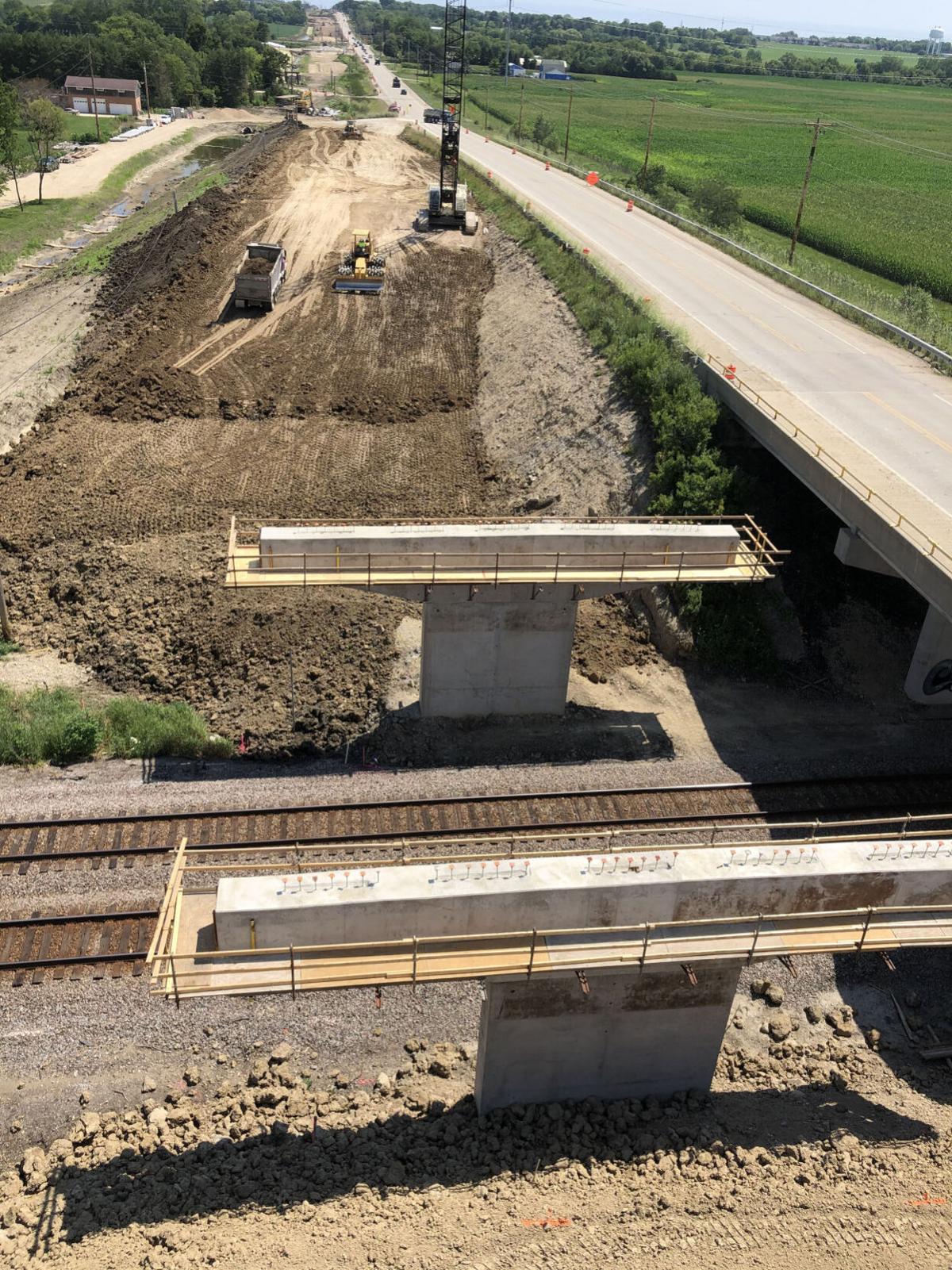 An aerial view of last summer’s Highway S reconstruction work shows the path of the new westbound lanes and the partially constructed bridge over the Canadian Pacific Railway tracks. The original two-lane road just south of the new right-of-way will be the site of the new eastbound lanes, to be constructed this year. 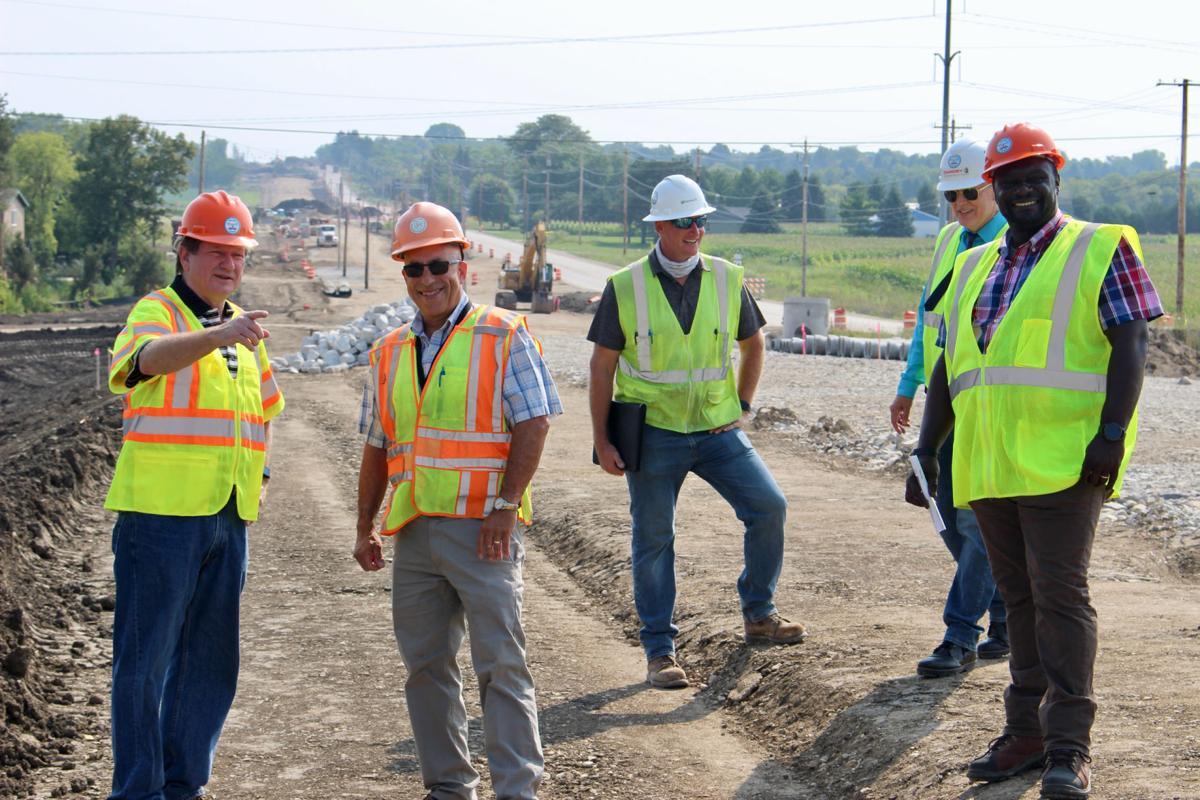 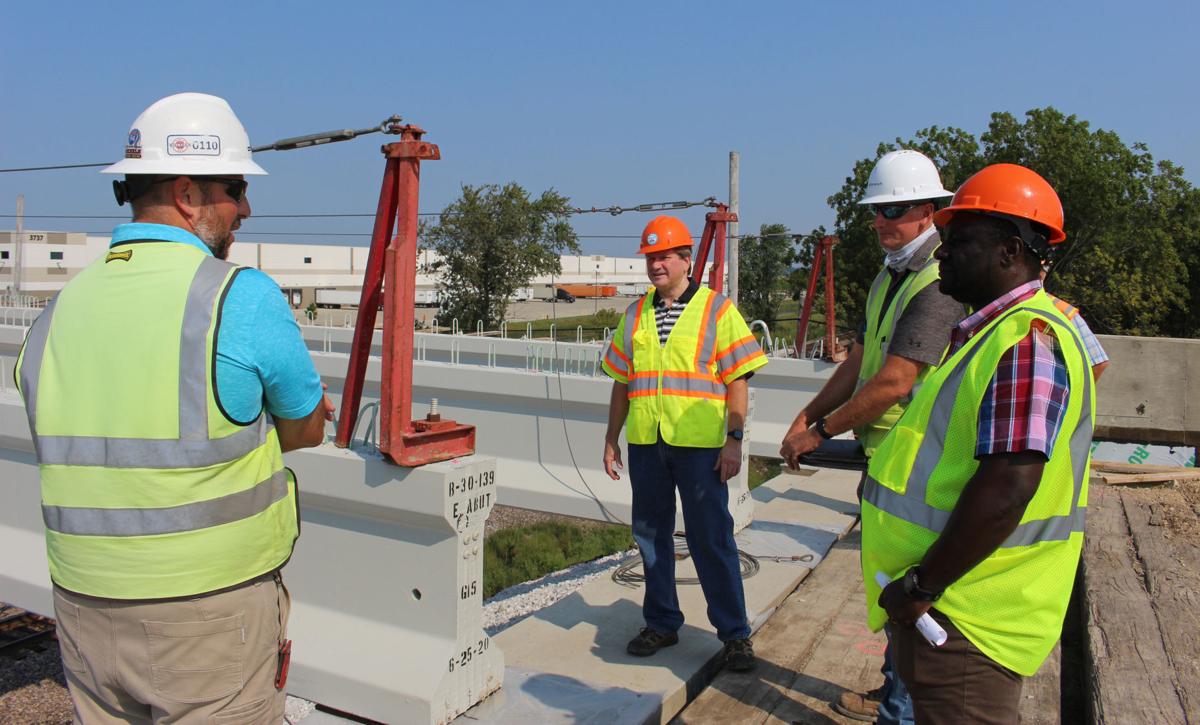 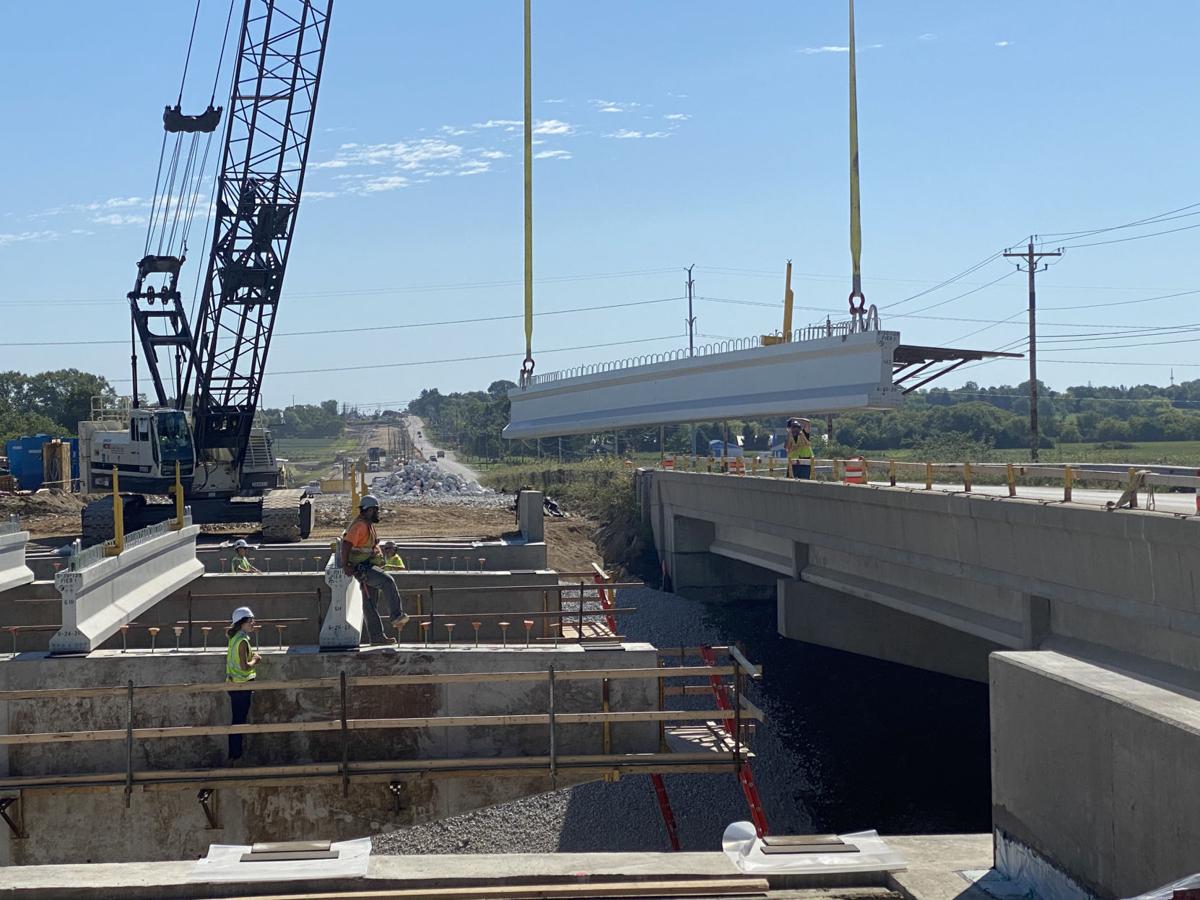 A bridge girder is lifted into place over the Canadian Pacific Railway tracks on Kenosha County Highway S in August 2020. Some more closures on the project route and other county project sites are planned starting Monday.

FOR THE KENOSHA NEWS

When the Highway S expansion project is completed in several months, Kenosha County will have a new, significantly improved gateway from Interstate 94 into the rapidly developing Village of Somers as well as the northwest section of the City of Kenosha.

The 3.6-mile project involves transforming what was a two-lane, rural road into a four-lane divided highway from Highway 31 (Green Bay Road) to the I-94 East Frontage Road.

Other improvements include the addition of turn lanes at major intersections, the upgrading of traffic signals, drainage enhancements and the addition of an off-street, multi-use path to accommodate cyclists and pedestrians.

“This improvement is akin to what we accomplished 30-plus years ago, when Highway 165 was built in Pleasant Prairie, creating a new, significant artery in from I-94 and allowing for the development of LakeView Corporate Park,” Kreuser said. “Highway S is a bit different in that it was an existing road, but the impact of its expansion will be no less than that of Highway 165.”

Kenosha County Highway Director Clement Abongwa said the need for the Highway S project became quite clear in recent years, as developments including the Amazon fulfillment center, the First Park 94 industrial park in Somers and the Uline facilities just west of I-94 turned the old two-lane road into a traffic choke point.

Studies were conducted over the course of several years, public involvement meetings were held and ultimately the project design that is now being executed took shape.

The way the expansion was designed, the new westbound lanes were constructed last year, primarily north of the existing two-lane roadway. This year, the old right-of-way will be transformed into the new eastbound lanes.

“While this is a county trunk highway, the need given the development in that area calls for what will really look and feel like a state trunk-level highway,” Abongwa said. “I believe drivers will quickly come to appreciate it once the project is completed.”

A road with many names

What is today’s Highway S was once a Wisconsin state highway.

For many years, it was Highway 142 — the designation that it retains west of I-94, and the name that many locals still call it. Prior to that, it was State Highway 43.

Highway 142 became a county trunk highway east of I-94 in the early 1990s, as part of a jurisdictional swap that coincided with the construction of Highway 165 in Pleasant Prairie.

Furthermore, the road has several, locally assigned names, due to its somewhat diagonal nature that does not easily conform to Kenosha County’s numerical street grid. It begins as Washington Road east of Highway 31. As it continues westward it is then signed as 38th Street and again as Burlington Road as it curves northward west of Highway H.

In any event, it is also officially Kenosha County Trunk Highway S for its entire stretch between I-94 and Highway 31, and in a matter of months it will be completed in its new, expanded form.

“The Highway S project is truly a significant milestone for Kenosha County,” Kreuser said. “It will provide the traffic capacity to facilitate economic development and provide a safe, efficient way in and out of that corner of our county for many, many years to come.”

A Salem Lakes man pleaded guilty to battery Monday for punching a Woodman’s Food Market employee who asked him to put on a COVID mask.

An aerial view of last summer’s Highway S reconstruction work shows the path of the new westbound lanes and the partially constructed bridge over the Canadian Pacific Railway tracks. The original two-lane road just south of the new right-of-way will be the site of the new eastbound lanes, to be constructed this year.

A bridge girder is lifted into place over the Canadian Pacific Railway tracks on Kenosha County Highway S in August 2020. Some more closures on the project route and other county project sites are planned starting Monday.