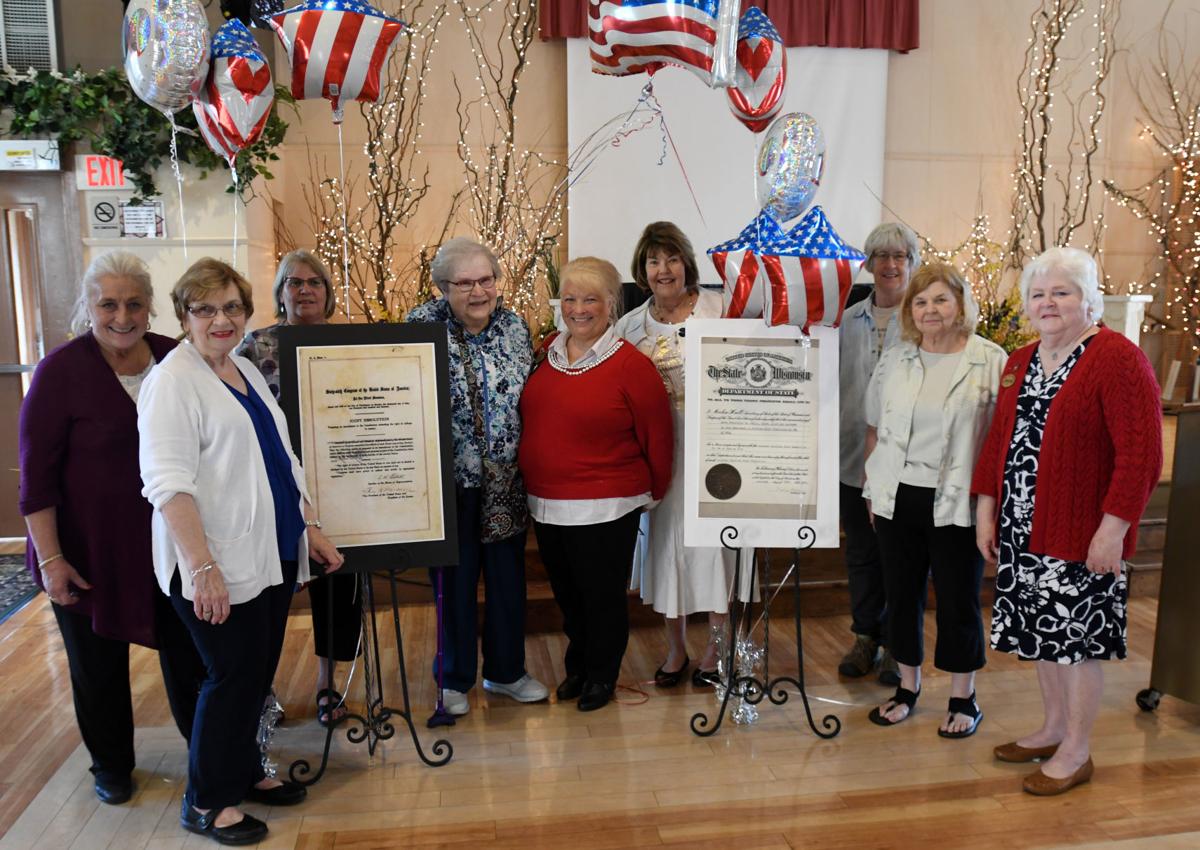 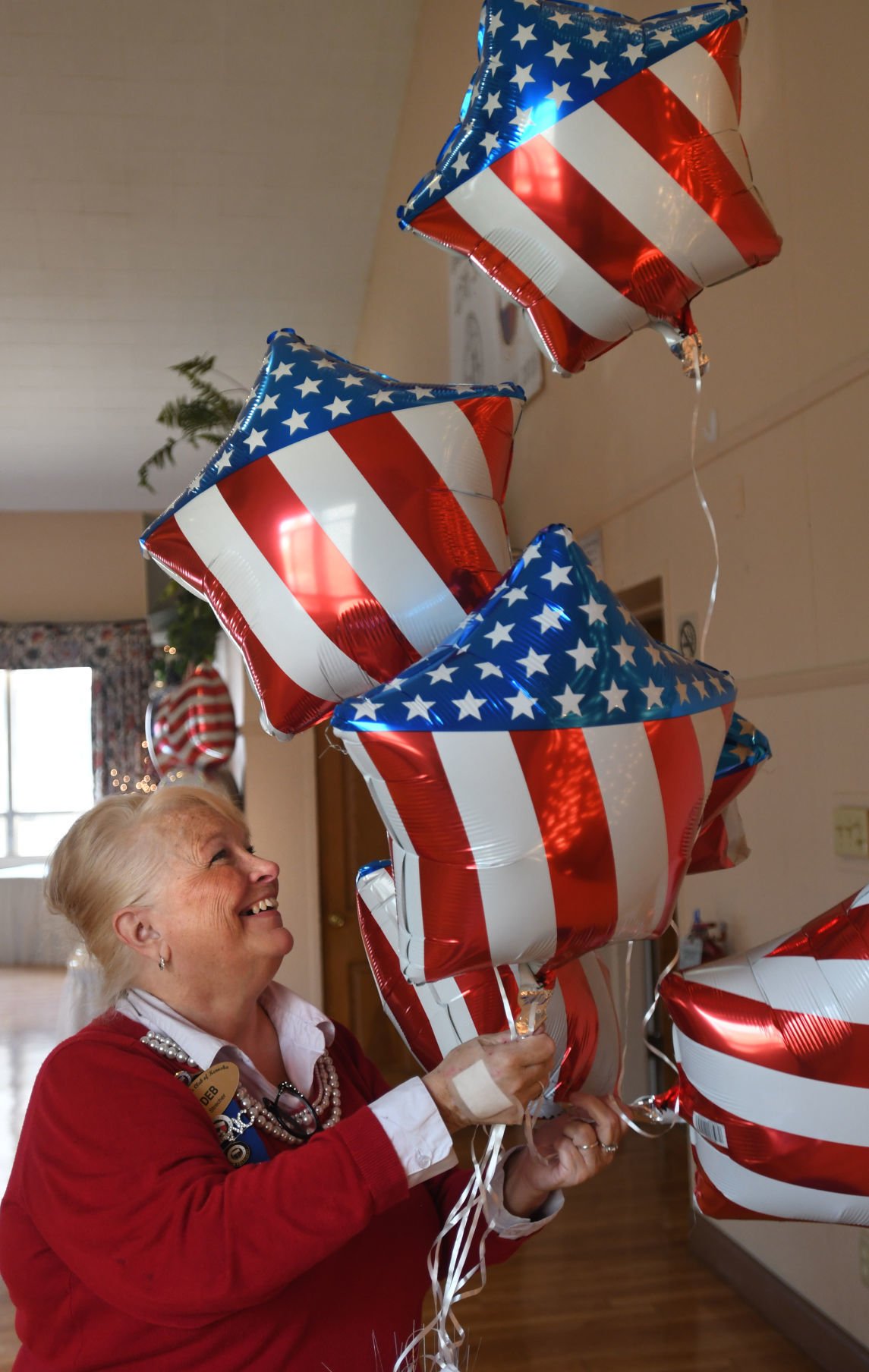 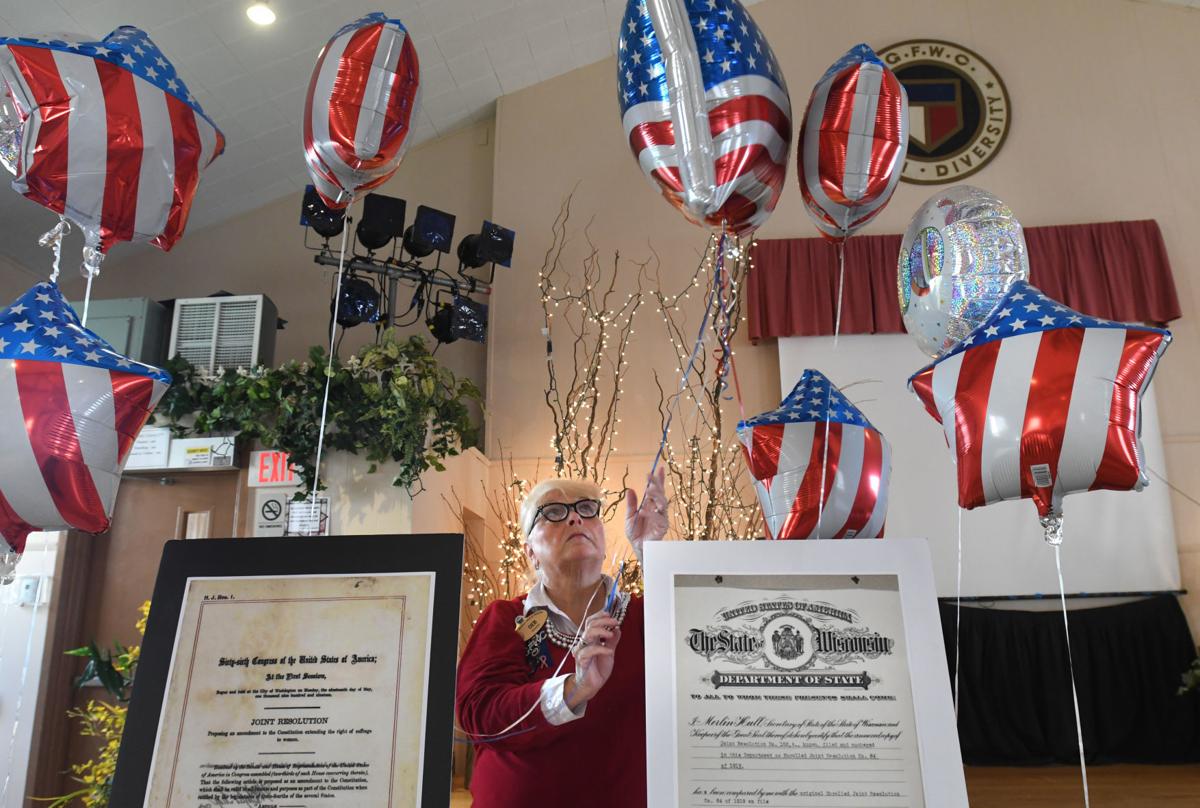 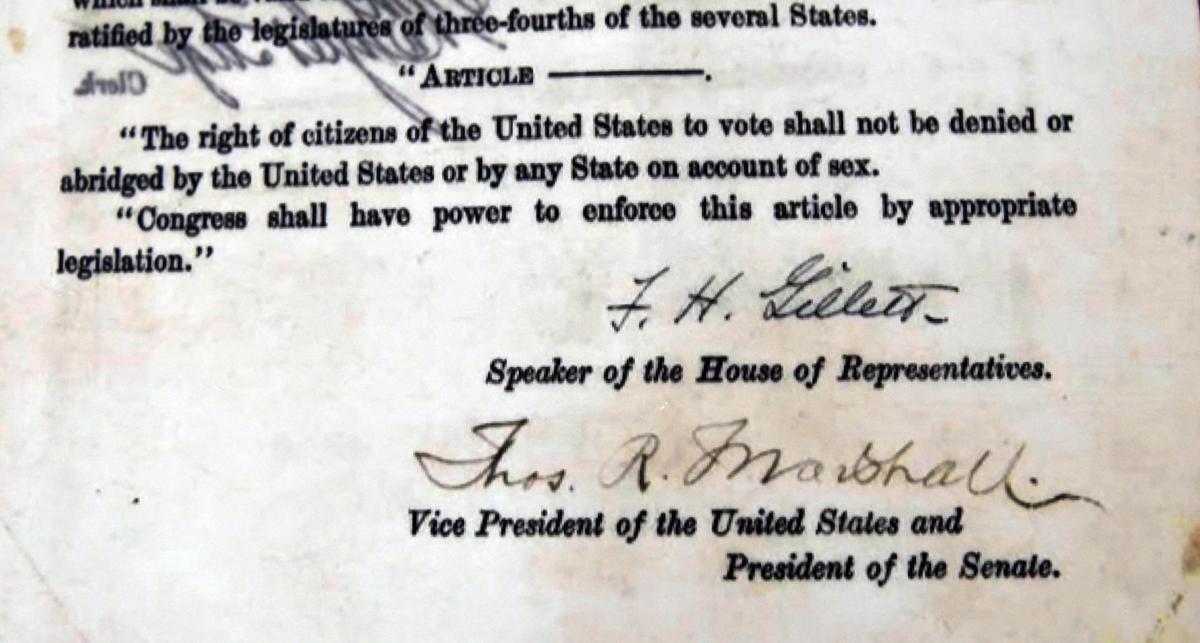 Closeup of a copy of the resolution passed by the Wisconsin Legislature in 1919. 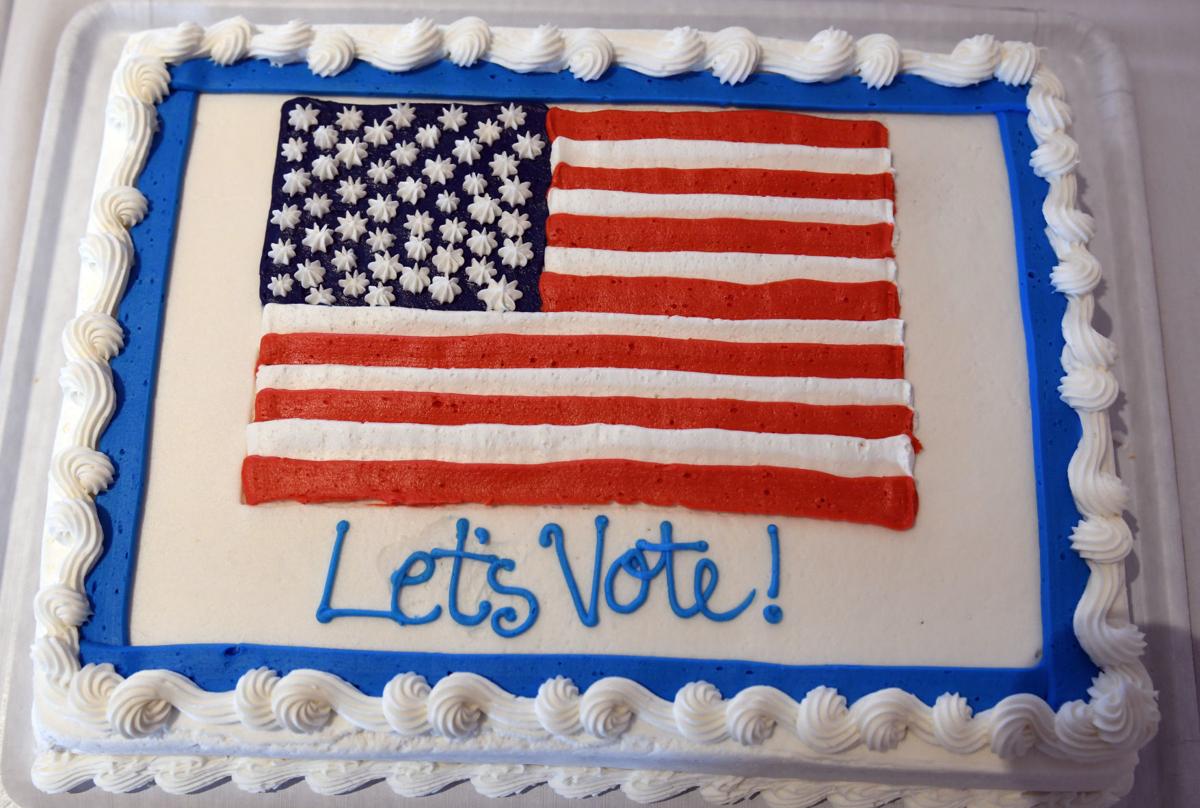 This cake was on display for the event at the Women's Club Monday.

Today, it’s a right all too easily taken for granted. Each year, American citizens of all genders and races are able to head to the voting polls and cast ballots for candidates in local, state and federal elections.

It is difficult to comprehend in today’s society, but up until a century ago, the right to vote in the U.S. was extended only to men.

Members of the Kenosha Woman’s Club on Monday looked back at a pivotal moment in history and the prominent part Wisconsin played in ensuring the 19th amendment would move forward.

While lawmakers in Washington, D.C., voted to add the 19th Amendment to the U.S. Constitution, at least three-fourths of the states needed to ratify, or pass, the amendment to make it official.

Wisconsin, as it so happens, was the first in the U.S. to do so, filing the passing with the federal government on June 10, 1919.

The 19th Amendment, part of the women’s suffrage movement, had been in the making several years prior, but was briefly sidelined by World War I.

“I don’t think people realize what went into it,” said Deb Strecker, president of the Kenosha Woman’s Club, which has roots as a local organization stretching back 128 years.

Strecker and other leaders within the club held an open house at their facility, 6028 Eighth Ave., on Monday, giving visitors a glimpse into the passage of the 19th Amendment and the suffrage movement.

Some of the members of the Kenosha Woman’s Club from a century ago played a role in lobbying to give women the right to vote.

“I admire them a great deal because of what they had to do,” Strecker said.

Carol Schweinfurth, a longtime member of the Kenosha Woman’s Club, was perusing old documents — some of them written around the time of the suffrage movement — at Monday’s open house.

“It was incredible what they achieved in life,” Schweinfurth said of her predecessors.

Pausing to remember the passage of the 19th Amendment is important, said Kathy Herr, who serves as club treasurer.

Herr said Monday’s open house is one of several events in the works to commemorate the passage of the 19th Amendment.

The Kenosha Woman’s Club, which currently has close to 50 members, is involved in a number of other projects, including its “Blue Ribbon” campaign for police officers and Quilts of Valor, which are presented to local veterans.

“We have our fingers in a lot of different things,” Schweinfurth said.

Looking back at Kenosha's role in struggle

Reflection and celebration – the 19th Amendment

Looking back at the work of early suffragists, striving to cross boundaries

As we approach the 100th anniversary of the passing of the 19th Amendment, granting women the right to vote, I find myself reflecting on how t…

Closeup of a copy of the resolution passed by the Wisconsin Legislature in 1919.

This cake was on display for the event at the Women's Club Monday.
© Copyright 2020 kenoshanews.com, 6535 Green Bay Rd. Kenosha, WI | Terms of Use | Privacy Policy
Powered by BLOX Content Management System from TownNews.com.
You don't have any notifications.