'I wish she knew me': Police called on black business owner in Parkside parking lot
View Comments
Share this
{{featured_button_text}}
1 of 2 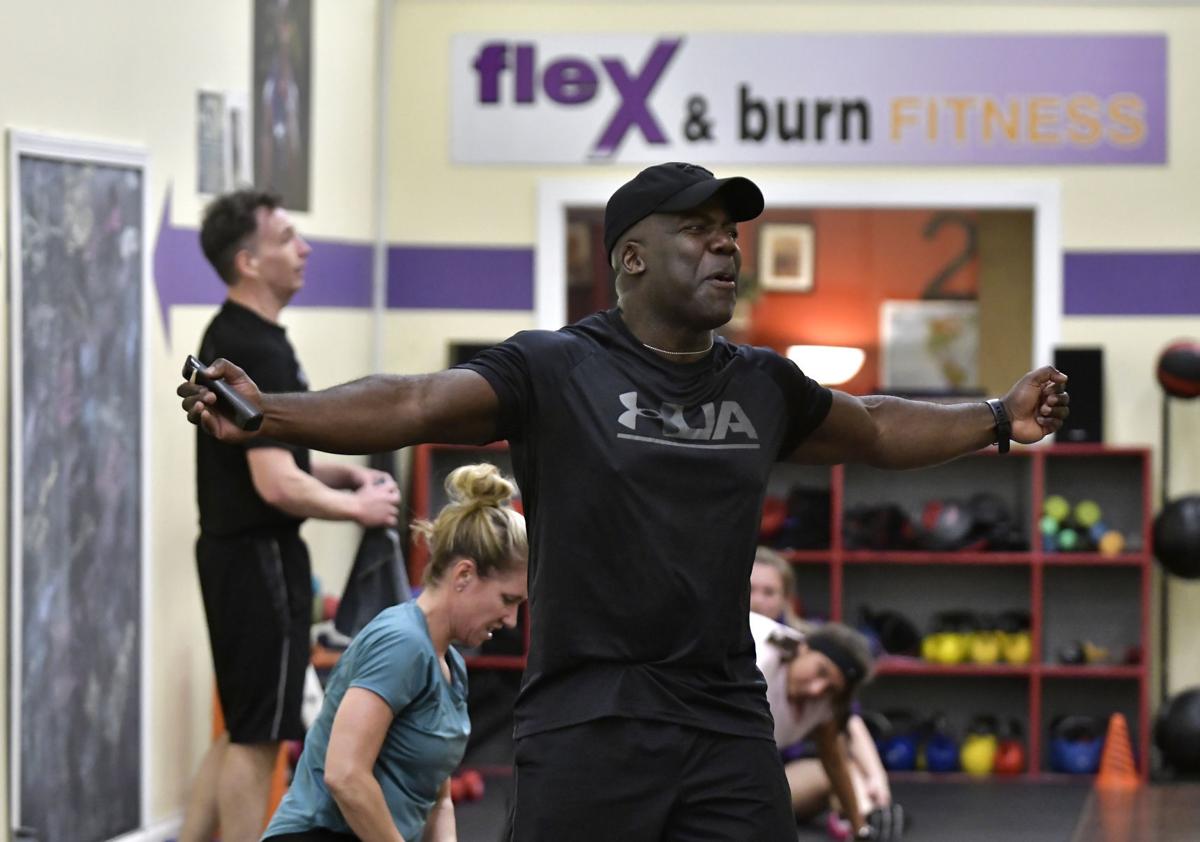 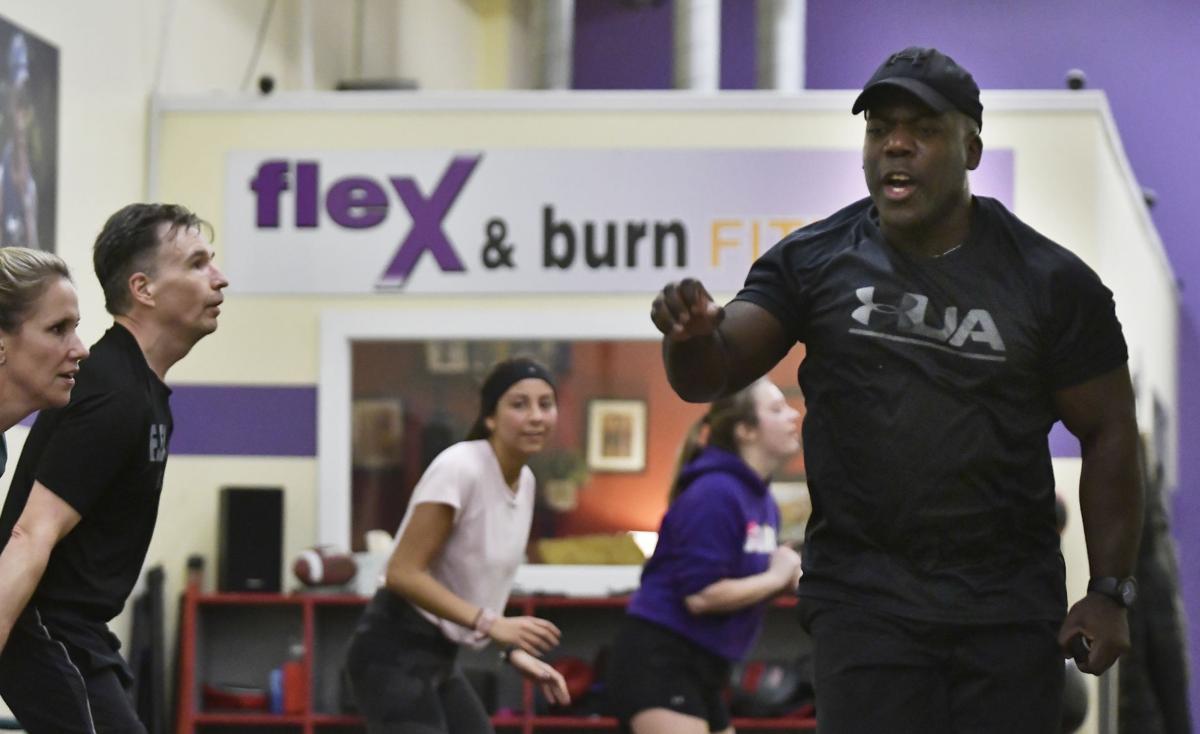 SOMERS — While protests have taken place throughout the nation following the death of George Floyd in Minneapolis, there have also been extensive discussions on concerns of people calling police on people who are black simply for being in a park or sitting in a car.

That is what happened to Gus Harris.

Harris, who owns Flex & Burn Fitness Center in downtown Kenosha, went for a run just before noon in Petrifying Springs Park on Sunday, May 17.

While leaving, he pulled into a University of Wisconsin-Parkside parking lot to talk to a friend over the phone.

Unbeknownst to Harris, a woman called Kenosha County Dispatch’s non-emergency number. She provided Harris’ license plate and said there was a “suspicious” person wearing a ski mask who was circling around cars, according to copies of the police report, 911 call and police body cam footage.

“He is wearing a full ski mask ... I have gotten my car broken into by a car circling,” she said, according to a recording of the call obtained via open records request.

While Harris was talking to the friend, a Parkside police officer drove up to talk to him. The officer immediately recognized Harris from downtown Kenosha.

The officer addressed the situation directly, but candidly, body camera footage shows. The officer said to Harris, “They see a big black man walking around, running around and you’re suspicious? … It ain’t right, but that’s exactly what it is.”

The two men chat for a minute; shake hands; and the officer apologizes and says, “You can run wherever you want around here,” then departs.

He is also worried about what could have happened if the officer believed the caller’s story and did consider him suspicious.

Now, Harris is afraid to go back to the park. And his wife gets worried when she doesn’t hear from him after a few hours.

“I never had safety issues there … Now there’s a paranoia,” said Harris, who has started to run with a GoPro. “In the event that something happens to me … I want to tell my story even if I’m not there to do it.”

Harris has heard too many stories and seen too many videos where interactions end with an arrest, a fight or a death.

On Feb. 23, Ahmaud Arbery was killed in Glynn County, Ga.

Arbery was an athletic black man jogging in a residential neighborhood when he was approached and later killed by two white ex-cops who guessed that Arbery might have been involved in thefts that had been reported in the neighborhood.

Many believe the only reason the father and son involved in Arbery’s death, Gregory and Travis McMichael, now face charges is because the incident was recorded on a cellphone and widely shared online.

Eight days after Harris’ jog, George Floyd was killed in Minneapolis, sparking the protests and riots that continue nationwide.

On Tuesday, a woman called 911 in Dane County when a black man she didn’t recognize entered a home in her neighborhood. “She did not believe (he) should be there,” the Monona Police Department said of the call. But the man, 23-year-old Keonte Furdge, did belong there.

He was staying there as a guest of the person renting the home. But when police arrived, they had their weapons drawn and ended up handcuffing Furdge before realizing his story was true. Now police and city officials have apologized and police have arranged for an outside investigation of the incident.

The story of a white woman calling police on a black man, who complained about her unleashed dog, in Central Park has also gone viral. After the man complained about the dog, the woman called police to say an “African American man” was threatening her. The woman, later identified as Amy Cooper, has since lost her job, and authorities are considering charges against her.

Harris didn’t want to share his story to stir up any problems.

“It’s more of an educational thing,” he said.

He is concerned about people using the emergency call system as a weapon against people of color, either because they are scared or out of hate.

“It happens more to us,” Harris said of how inaccurate reports made to police often target black men. “I can clearly, clearly understand how this thing could have gone in another direction ... I could have been, 100%, a victim.”

Speaking about the caller, Harris said, “I wish she knew me ... If anything went wrong I would have put my life on the line to save her.”

In a statement, Parkside University Police Chief James Heller said, “No two calls are the same, and officers need to be able to utilize discretion and quickly determine while on-scene how credible the initial complaint may be.

“Regarding the May 17 call, the officer recognized Mr. Harris and saw that he was on his phone and that could be the reason for driving slowly in our parking area. … The officer switched from investigation mode and began a more casual conversation with Mr. Harris.”

Amy Maurer, a Kenosha County supervisor whose district includes the park, assured Harris that he is still welcome at the park, as is everybody else.

“It’s hard to believe that somebody has thoughts like that in our area,” Maurer said. “I don’t know why anybody in the park and enjoying it on a Sunday at noon would be an odd thing ... I think the more educated people could be about this then the better we’re going to have it for everybody.”

As appreciative as Harris is of Maurer’s support, he said “I don’t feel welcome anymore” in Petrifying Springs. He is afraid he is scaring people, even though he knows that shouldn’t be the reality.

He has not been able to stop thinking about all the ways the interaction could have gone bad. He thinks his life was put in danger because of a simple, cost-free, misinformed phone call.

IN PHOTOS: Protest and march in Twin Lakes

A protest and march in Twin Lakes on Saturday evening attracted about 100 people. Thomas Sams organized it. Here are scenes as they assembled …