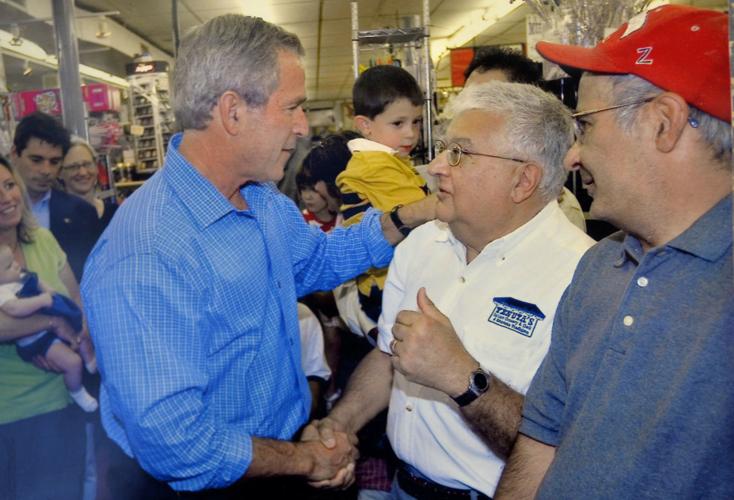 In a copy of a photo on display at Tenuta’s, Ralph Tenuta, second from right, greets President George W. Bush when Bush visited Tenuta’s in September 2004. 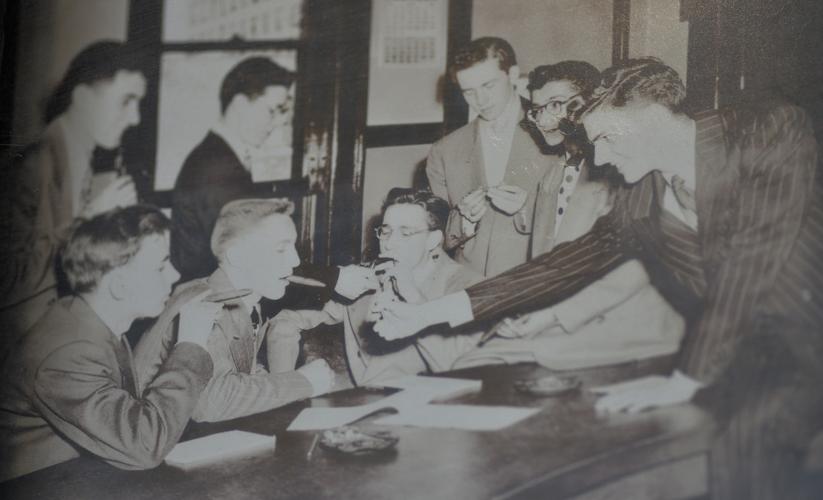 On display at Tenuta's is a photo of Ralph Tenuta, second from right, as he joins a group of fellow high school students as they smoke cigars in the mayor's office. 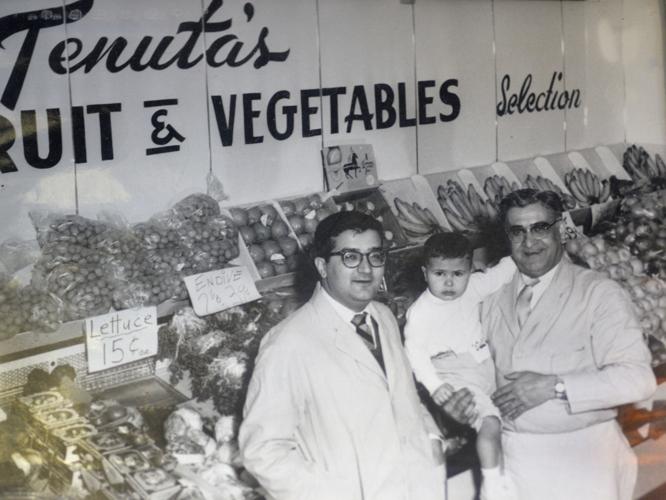 In a photo on display at Tenuta’s, Ralph Tenuta, left, is shown with his son Matt and his father John in the early 1960s. 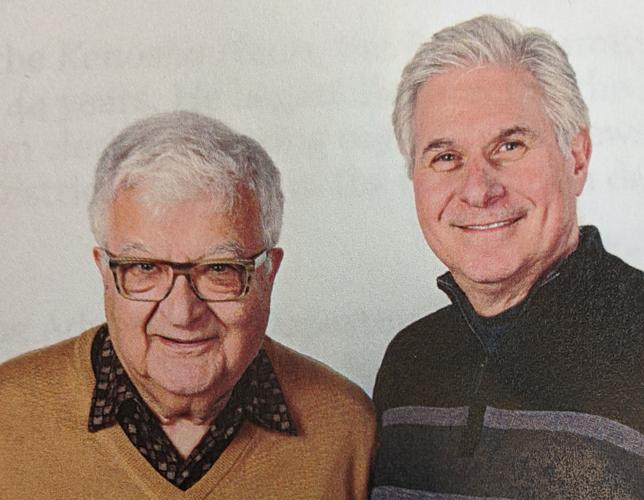 Often called a pillar of the community, and known by his big personality and iconic smile, Ralph John Tenuta died Wednesday night at age 87 after a brief illness.

The son of John Tenuta, who founded Tenuta’s Delicatessen Liquors and Wines, 3203 52nd St., in 1950, Ralph grew the family business, retiring 20 years ago.

Over the years he employed hundreds of Kenosha youth, became a prolific supporter of Kenosha’s academic institutions and a role model to fellow businessmen.

“Community, education and work were important to him,” said Ralph’s son, Chris Tenuta.

“One of my favorite memories of Ralph is how he’d stand in that center aisle (of Tenuta’s) talking with everyone. ... He knew the family trees of half of Kenosha,” Campbell said.

“He was a dear friend, a mentor, and one of the greatest business minds I ever encountered in the five decades I worked at the Kenosha News,” said recently retired advertising representative Dennis Serpe.

Tenuta served as a Carthage College trustee for 25 years and received the 2006 Carthage Flame Award.

“He built bridges between the Kenosha community and the college,” he said.

After graduating from Bradford High School in 1950, he attended Marquette University and took courses with the University of Wisconsin-Extension.

He soon joined his father in the store’s operations, helping grow it with innovative products and marketing ideas.

“He was ahead of his time with things like the ‘buy one get one,’ red tag (wine) sale and selling sandwiches outside. Other stores followed his lead, like offering craft beers and the idea of ‘build your own six pack.’”

In business Ralph was “a gentleman; firm but fair,” Serpe said.

Ralph’s cousin, Tony Bonnano, Tenuta’s deli manager, worked side-by-side with Ralph and said he “taught him everything he knows” about the deli business.

“Me and Ralph would go to food shows, decide what to bring back,” Bonnano said in a News article in 2018.

Ralph also introduced an expansive line of cigars. His love of cigars dated back to high school, Chris said.

“He and some friends were in a club and had a contest to become the mayor of Kenosha. They had their pictures taken in a room in city hall smoking cigars. They got in trouble for that,” he said.

Ralph networked on behalf of the Italian community. In the days when bank loans were hard to come by, he and several others got together and formed a bank known informally as the Italiana Bank, said Serpe. This later became American State Bank.

Ralph was also a trustee of the Greater Kenosha Area Foundation. In a salute to Ralph, the organization credited him for providing “jobs and financial incentives to young people.”

Among the dozens of photos adorning the walls of Tenuta’s is a plaque of thanks presented to Ralph from former employees. “For many of us it was our first job, and it was and is a great place to work!”

“He touched so many people, all those employees, over so many years,” Serpe said.

He was also a great friend to many. “He had a great sense of humor and a way of making people feel like they were better than he was,” said lifelong friend Carlo Ricciardi.

“He mentored me, not just in advertising, but taught me about life,” Serpe said. “His favorite saying to me was, ‘You can look back, but don’t stare: Life is ahead of you.’”

“He did a lot of good for the community and didn’t take himself into consideration,” Chris said.

Funeral arrangements will be published at a later date.

In a copy of a photo on display at Tenuta’s, Ralph Tenuta, second from right, greets President George W. Bush when Bush visited Tenuta’s in September 2004.

On display at Tenuta's is a photo of Ralph Tenuta, second from right, as he joins a group of fellow high school students as they smoke cigars in the mayor's office.

In a photo on display at Tenuta’s, Ralph Tenuta, left, is shown with his son Matt and his father John in the early 1960s. 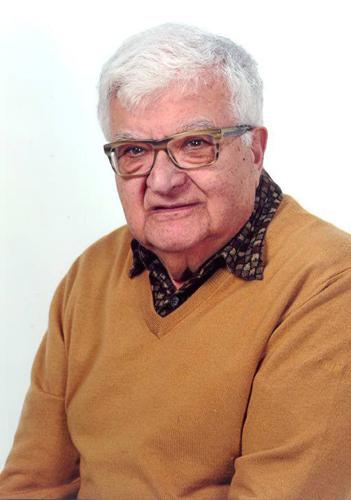