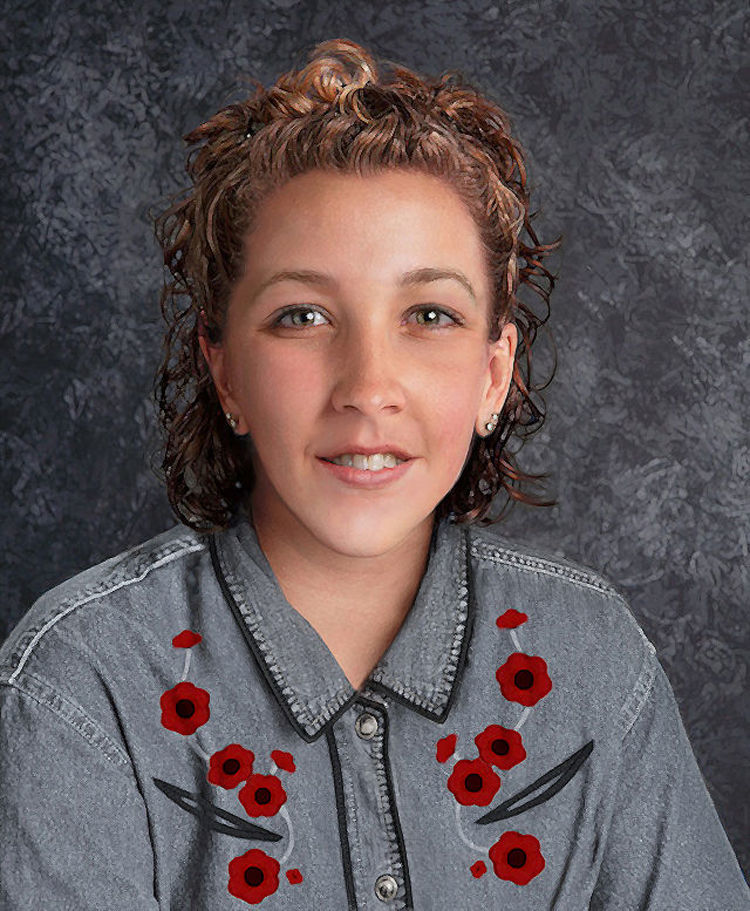 The National Center for Missing and Exploited Children released a new artist’s rendering in 2012 of an unidentified woman whose body was found in a Raymond cornfield in 1999. 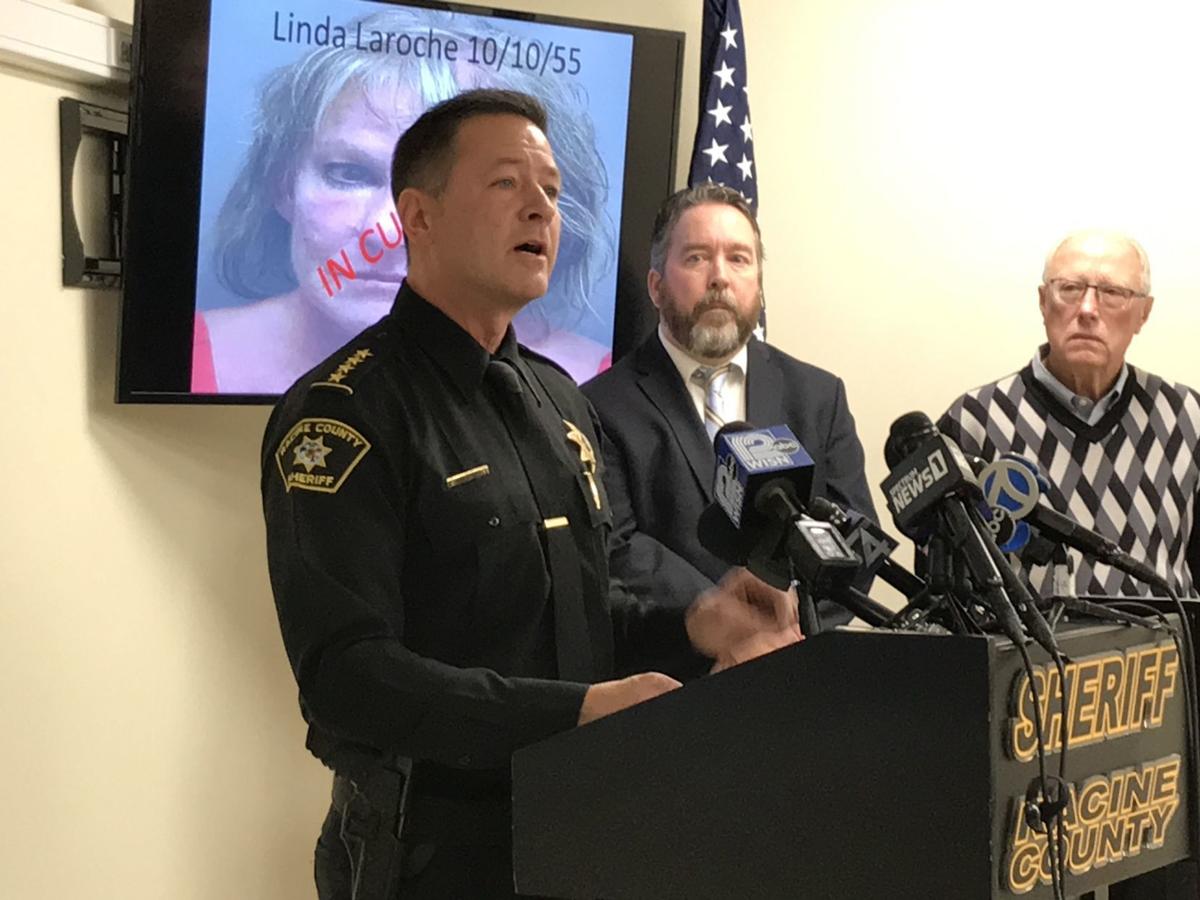 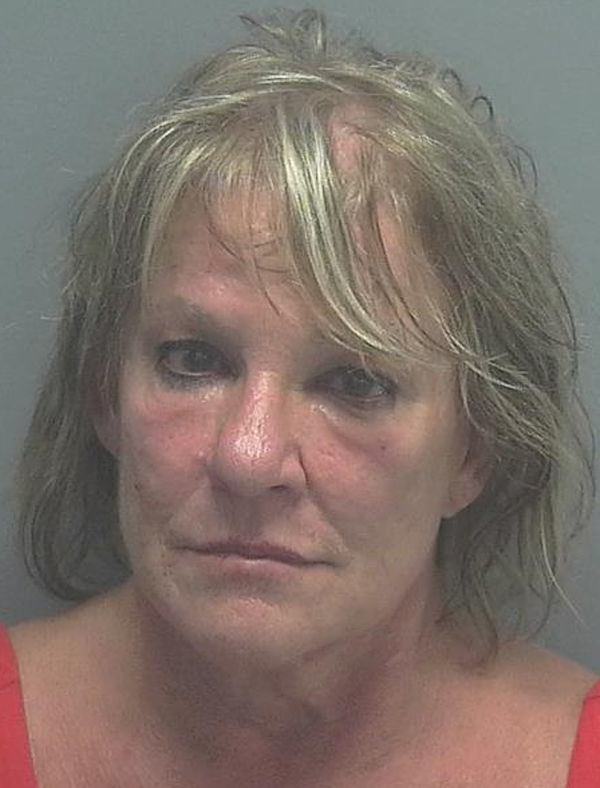 Linda La Roche is shown here. She has been charged with the death of Peggy Lynn Johnson, who was known as Jane Doe for the last 20 years. 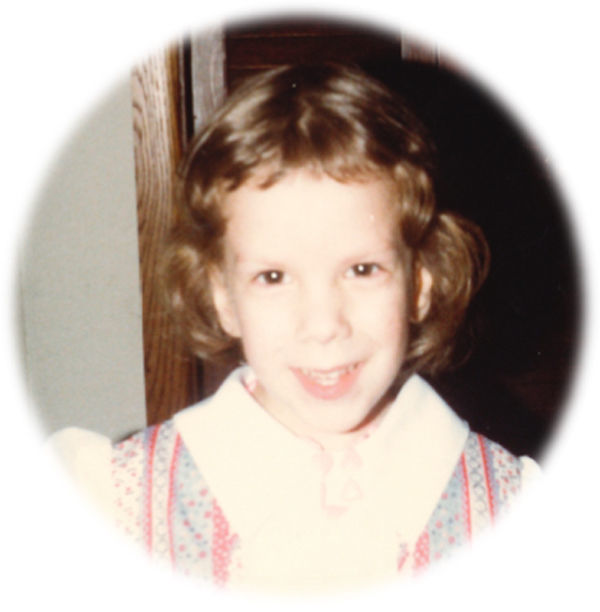 Peggy Lynn Johnson is shown here as a child.

RACINE — We finally know who she was.

After pursuing thousands of leads over the past 20 years, the Racine County Sheriff’s Office announced it now knows the identity of the young woman who had been known as “Jane Doe.”

Her name was Peggy Lynn Johnson.

Johnson’s identity, and the identity of the suspected killer, were made public Friday morning during a press conference led by Racine County Sheriff Christopher Schmaling.

The suspect in the case has been identified as Linda Sue La Roche.

“After her mother died, Peggy was approximately 18 years old, cognitively impaired, on her own, and went searching for help at a medical clinic in McHenry, Ill.

“There, she met a registered nurse named Linda La Roche, who recognized Peggy’s disability and took her into her home,” Schmaling said Friday.

Johnson lived with La Roche for the next five years in McHenry, during which time Johnson “suffered long-term and horrific abuse at the hand of Linda La Roche,” Schmaling said.

Investigators said that, before her death, Johnson had suffered burns and blunt force trauma to much of her body, a nose fracture, cuts to the head, abrasions to the forehead, a heavily battered left ear, and showed signs of being sexually abused and malnourished.

On Tuesday, La Roche was taken into custody by members of the Racine County Sheriff’s Office in Cape Coral, Fla. Schmaling said La Roche will soon be brought back to Racine to “be held accountable for what she has been done.”

Minutes after the press conference ended, the Racine County District Attorney’s Office released criminal charges filed against La Roche. She has been charged with first-degree intentional homicide and hiding a corpse. She faces life in prison.

Johnson’s parents and brother are all deceased, although she does have a surviving sister who she never met, Schmaling said. Her body is planned to be exhumed from its resting place in Caledonia, and she will be reburied next to her mother in Belvidere, Ill.

She had never been listed as a missing person, Schmaling said, which could explain why she was not identified over the past 20 years as investigators pored over more than a thousand missing person cases.

It was not until only a few weeks ago that Johnson was discovered as a possible identity for the Jane Doe, Schmaling said.

The tip that led to La Roche’s arrest came from “a concerned citizen” in Cape Coral who said La Roche had been “telling people that she had killed a woman back when she lived in Illinois,” according to the criminal complaint.

Upon interviewing La Roche’s children, the Sheriff’s Office learned that Johnson had been taken into the home and “would act as a nanny and housekeeper in exchange for living with the family,” according to the complaint.

“La Roche’s children recall that La Roche was very abusive to Peggy and that it was not uncommon for Peggy to have signs of injuries from La Roche. At times when not working for the family, Peggy would be made to sleep and stay in a crawl space under the home. La Roche was verbally and emotionally cruel to Peggy, at times screaming at her like an animal.

La Roche’s former husband told investigators that one day he came home from work and found Johnson dead on the floor.

“La Roche told him Peggy had overdosed and she was going to take her away. ... He recalled La Roche being gone for approximately 2½ hours and then returning home without Peggy. (La Roche’s former husband) states that he never saw Peggy again.”

According to the complaint, La Roche said she last saw Johnson in 1999 when she left Johnson with her grandmother. When Johnson’s grandmother said she had never met La Roche, La Roche “later changed her story and admitted that she was not sure who the person was that she left Peggy with.”

During Friday’s press conference, Schmaling said: “We are very proud today by the fact that we can finally offer some closure and bring some peace.”

Here are the crime stories published online and in the print product of the Kenosha News between Nov. 7 and Nov. 12, 2019.

Here are the 10 most read stories on the Kenosha News website for the month of November 2019.

BELVIDERE, Ill. — Peggy Lynn Johnson-Schroeder has been reunited with her mother.

The National Center for Missing and Exploited Children released a new artist’s rendering in 2012 of an unidentified woman whose body was found in a Raymond cornfield in 1999.

Linda La Roche is shown here. She has been charged with the death of Peggy Lynn Johnson, who was known as Jane Doe for the last 20 years.

Peggy Lynn Johnson is shown here as a child. 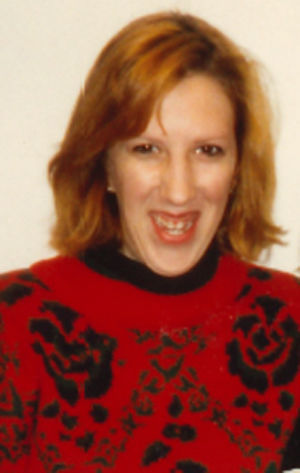