RACINE — Two men have been charged for their alleged involvement in a shooting that occurred in the early morning hours of July 19 at the Marathon Gas Station at 3024 Rapids Drive.

James J. Robbins, 33, of the 2700 block of 24th Street in Kenosha, is charged with a felony count of possession of a firearm by a felon with firearm mandatory minimum enhancer and a misdemeanor count of disorderly conduct with use of a dangerous weapon.

Deante M. Monette (a.k.a. “Pooh Bear,” “D-Nutt” or “P-Nut”), 26, of the 1800 block of Roosevelt Avenue, Racine, is charged with two felony counts of possession of a firearm by a felon with firearm mandatory minimum enhancer, a misdemeanor count of disorderly conduct with use of a dangerous weapon, possession of THC and two counts of misdemeanor bail jumping.

“It was people acting foolish … People go and hang out there (at the gas station) late because it’s open,” said Racine Police Department Sgt. Rich Rivers. “It’s one of the businesses that is foolish enough to stay open 24 hours and it attracts ne’er-do-wells. Because they’re open all night, people congregate there and act a fool.”

According to a criminal complaint:

At approximately 3:34 a.m. on July 19 in the parking lot of the Marathon Gas Station located at Rapids Drive and Golf Avenue, surveillance camera footage from the gas station captured a large group of people milling about the parking lot, and coming and going from the area.

At one point during the gathering, Robbins can be seen running into the picture frame from the east and begins arguing with a man in a pink shirt. The man in the pink shirt was with three other people, one of whom was Monette. Robbins was with two others in the parking lot.

An investigator watched the footage and observed Robbins aggressively entering the parking lot and confronting the man in the pink shirt while holding a black handgun with an extended magazine in his right hand. There’s a clear verbal altercation between Robbins and the man in the pink shirt, who did appear to be armed but was not backing down from Robbins. The man then climbed up onto the hood of a car he arrived in while continue to argue. He is seen jumping up and down on the hood and waving his arms around yelling.

Monette is intently watching while another two people arrive in a white Audi SUV. The man driving the SUV then gets into a verbal altercation with the man in the pink shirt. Robbins and the two other individuals from the Audi then run off to the east out of camera view. At the same time, Monette is seen running to his Mercury, which was parked in the parking lot on the southeast corner.

Other vehicles began to leave as Monette maneuvered his car between other cars. A woman gets out of the Audi and then dives onto the ground, indicating that shots have been fired. Monette is then seen exited his still-moving car and extending his arm over the top of the vehicle, shooting in the direction of Robbins and the two individuals from the Audi. Monette then realized his car wasn’t in park so he stopped shooting, got into the car, then fled the scene.

After the gunshots, Robbins and the two other men got into the Audi and left. Later, the man in the pink shirt came back to the gas station to look at the crime scene.

Fifteen spent shell casings were located where Monette was seen firing the gun and eight shell casings were located near where Robbins and the two individuals from the Audi were. The Stone Corral restaurant next to the gas station was struck four times on the west-facing side of the business, with one of the bullets being located inside the building.

One of the individuals from the Audi was hit with gunfire and friends of his transported him to Ascension All Saints Hospital, 3801 Spring St. That man was later transferred to Froedtert Hospital in Wauwatosa. He suffered a shot to the center of his chest below the sternum and to the left side of his chest, but survived.

Subsequent search warrants were executed and the Mercury driven by Monette was located with damage from a bullet. Inside the car, a .40 caliber handgun, which was a different gun from the one Monette was seen shooting in the surveillance video, was found. Inside the kitchen of Monette’s home was a bag of marijuana that weighed 49.1 grams, according to police. Monette admitted that the .40 handgun was his but denied firing a gun despite the video appearing to show him do so.

As of Wednesday morning, both Monette and Robbins remained in custody at the Racine County Jail on a $15,000 cash bond each, online court records show.

Here are the crime stories published online and in the print product of the Kenosha News between July 29 and Aug. 6, 2020. 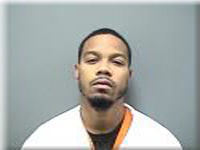 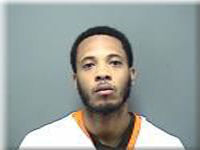