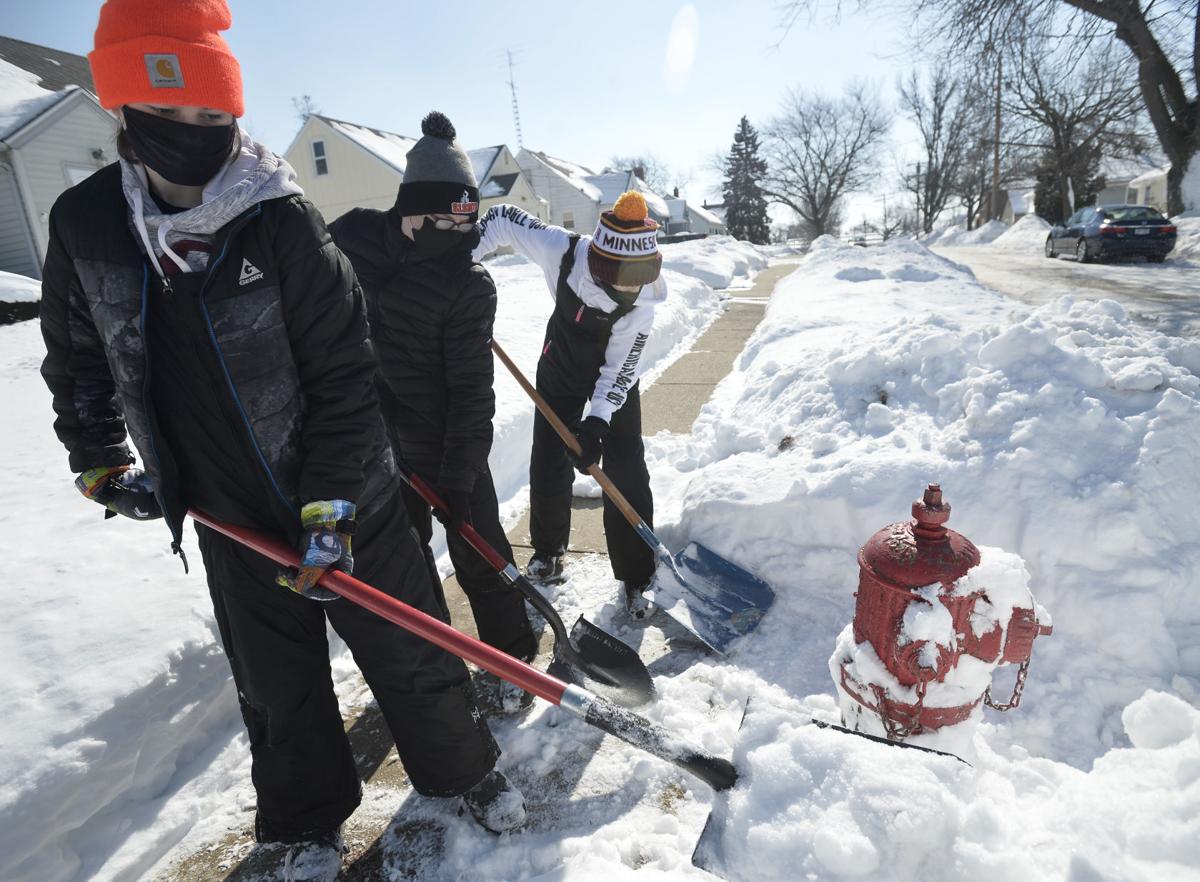 Scouts from Troop 1570 from left, Ethan Nohl, 14, Cameron Leighty, 15, and Aiden Knick, 15, clear a fire hydrant on on the south side of Kenosha on Saturday. 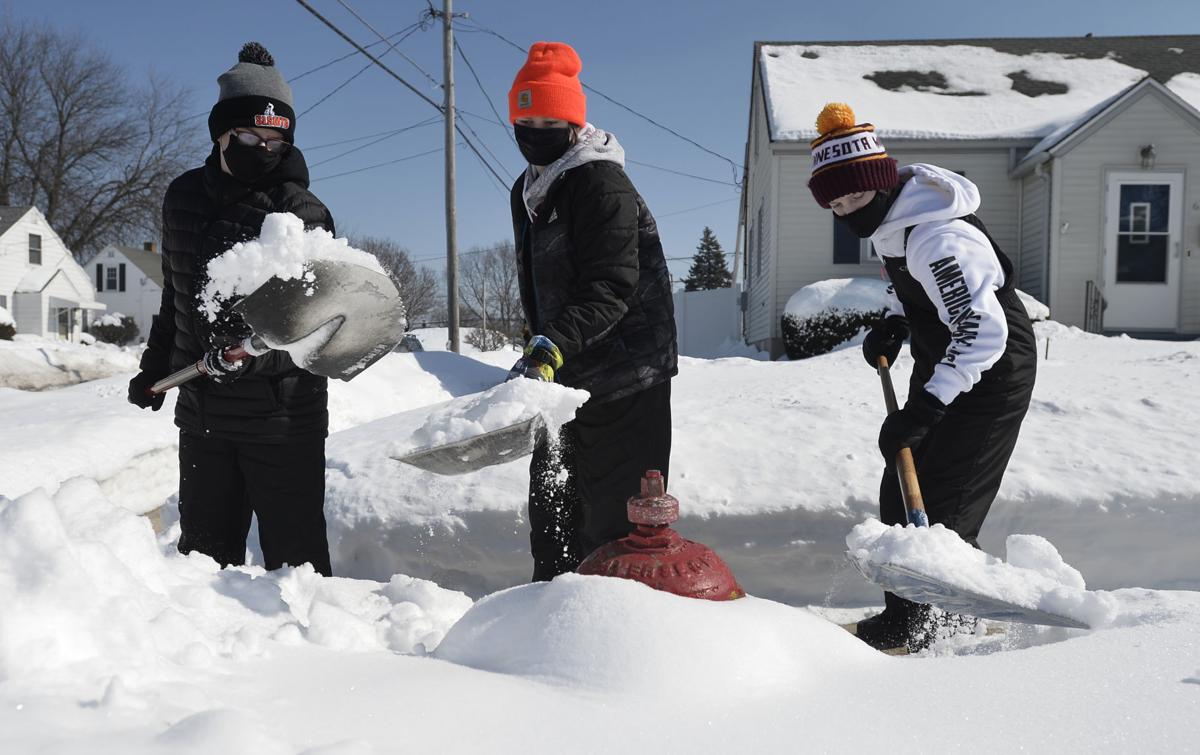 Scouts from Troop 1570 from left, Cameron Leighty, 15, Ethan Nohl, 14, center, and Aiden Knick, 15, clear a fire hydrant on on the south side of Kenosha on Saturday.

Members of 10 troops, including younger kids from Cub Scout troops, dug out more than 230 buried hydrants around the community. Three additional troops plan to continue the work this week, with organizers estimating they will have freed more than 300 hydrants from the snow when they are done.

“This is just a fantastic community service and I couldn’t be more happy,” said interim Kenosha Fire Chief Christopher Bigley.

This winter’s combination of snowstorms and weeks without a thaw has left many of the city’s more than 3,300 fire hydrants buried. The Fire Department put out a call last week asking for residents to help dig them out, worried the buried hydrants could cause delays in fighting fires.

Bigley said he remembered his Scouting troop digging out hydrants in the 1970s in Milwaukee so decided to call administration from the regional Three Harbors Council of the Boy Scouts of America to see if that was possible here. The administrator put him in touch with Ken Walton, a retired Kenosha Fire Department house captain who is an active volunteer with Scouts in Kenosha.

Walton said he sent out an email last Wednesday asking for troops to volunteer. “I got two or three responses almost immediately saying ‘we’re in,’” Walton said.

In the end, every Scout troop and some Cub Scout troops in the area signed up to help, with 41 kids from eight groups working over the weekend and four more troops planning to volunteer this week, Walton said.

Bigley said the Kenosha Water Utility provided maps and groups concentrated on the neighborhoods where their troops meet. The utility asked them to focus on hydrants on street corners.

Walton said he went out to help his grandson’s Cub Scout troop over the weekend. “You should have seen those kids’ enthusiasm,” he said, saying kids in the neighborhood saw the Cub Scouts at work and came out to begin shoveling another hydrant nearby.

“It’s all about getting the kids at a young age to understand citizenship, character, giving back,” Walton said. “These young people really stepped up along with their leaders and made a difference.”

The Fire Department is continuing to ask residents to clear about 3 feet around fire hydrants near their homes, and to help clear hydrants for elderly or disabled people in their neighborhoods if possible.

Walking in a winter wonderland

Scouts from Troop 1570 from left, Ethan Nohl, 14, Cameron Leighty, 15, and Aiden Knick, 15, clear a fire hydrant on on the south side of Kenosha on Saturday.

Scouts from Troop 1570 from left, Cameron Leighty, 15, Ethan Nohl, 14, center, and Aiden Knick, 15, clear a fire hydrant on on the south side of Kenosha on Saturday.