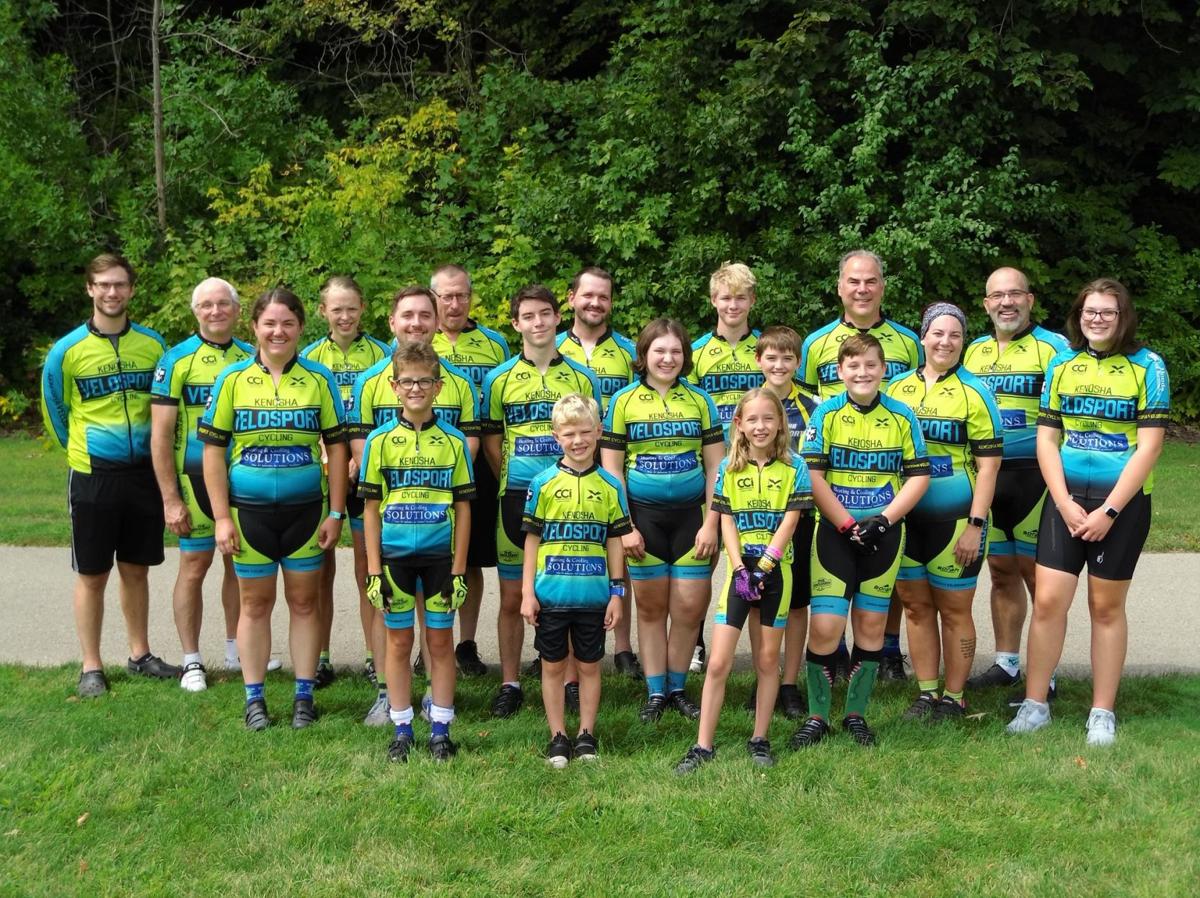 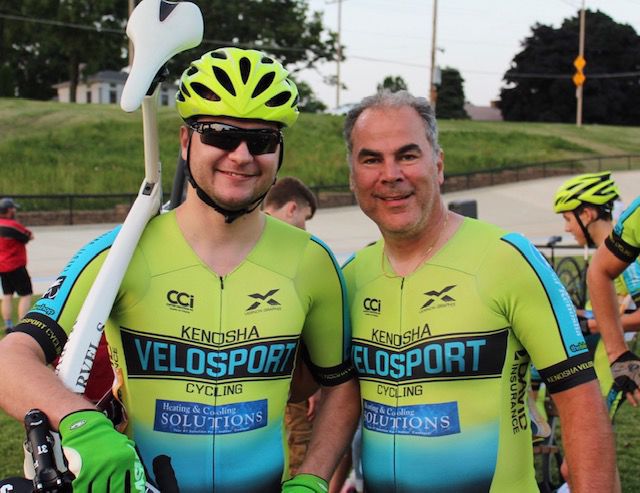 Kenosha Velosport coach Mike Riva (right) stands next to his son Alex Riva (left) during a night of racing at the Washington Park Velodrome. 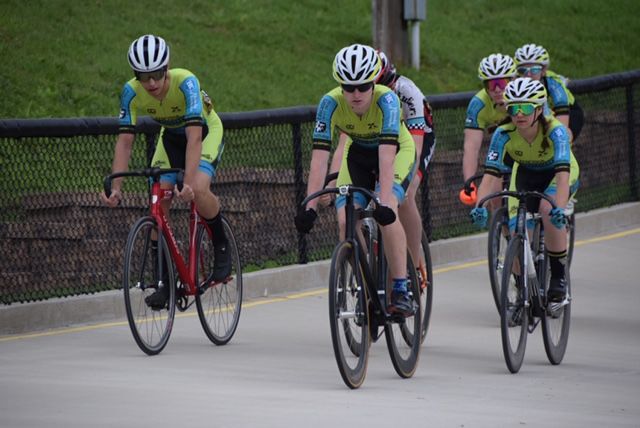 When it comes to track cycling teams, there are none better than Kenosha Velosport.

USA Cycling, the national governing body for bicycling racing, recently confirmed this by naming Kenosha Velosport its 2019 Track Cycling Team of the Year.

Kenosha Velosport was honored for its commitment to cyclists of all ages and experience levels and its array of disciplines from criterium and road to mountain biking and cyclocross.

“With community support, they have grown to have programs for kids just interesting in riding, not racing, as well as adult programs and expanding disciplines,” said USA Cycling via a press release. “They truly cater to anyone that wants to ride.”

Entering its 43rd season, Kenosha Velosport is coached by Kenosha native Mike Riva. It consists of roughly two dozen riders ranging in ages from 10 to 75.

“Cycling is a lifelong sport,” said Riva, a 1984 Bradford High School graduate. “It’s something you can do forever. What I enjoy about riding is the camaraderie. From the coaching point of view, I like watching people pick up new skills and applying those skills and seeing them getting stronger and faster and the excitement that goes along with that.”

Kenosha Velosport is the home team of the Washington Park Velodrome — the oldest operating velodrome in the country — and host of the Midwest Regional Junior Track Championships (June 12-13).

The season gets underway March 15 with the 41st annual Spring Training Races on the 1.1-mile loop at the Kenosha Industrial Park, located on 68th Avenue just north of 52nd Street. The series continues March 22 and 29. The event is open to all American Bicycling Racing members.

The Velodrome, built in 1927, hosts Track 101 clinics in April for newcomers before officially opening its Tuesday night racing schedule in May. The track is also considering a Friday night training series to bridge the gap between beginners and seasoned riders.

“We feel that’s kind of a canyon to cross,” Riva said. “You can bring a bike or we’ll provide one for you. You’ll learn about pace lines, how to pass safely and where to look on the track with multiple people out there.”

Riva said he became involved in cycling in the early 1980s with Kenosha Wheelmen. His goal is to return the popularity and excitement of bike racing in Kenosha, back to the days when thousands would pack the spectator hill and cheer on their favorite cyclists.

“The couple years it was down, people kind of forgot about it,” Riva said. “We’re trying to get ridership back up again and spectators to come out to make it a weekly Tuesday night event.”

The Velodrome hosts several featured races each season including the Mayor’s Cup, Schulte Junior Points Race and the grueling 150-lap Bob Pfarr Classic. The track recently held a community fundraiser for a new sound system to improve the fan experience, according to Riva.

“There are some local businesses that have helped sponsor the (Kenosha Velosport) and the track to off-set the cost of racing,” Riva said. “That will help cover some of the permitting fees, memberships and maintenance.”

PHOTOS: Races at the Velodrome

MISS KENOSHA AT THE VELODROME

Kenosha Velosport coach Mike Riva (right) stands next to his son Alex Riva (left) during a night of racing at the Washington Park Velodrome.