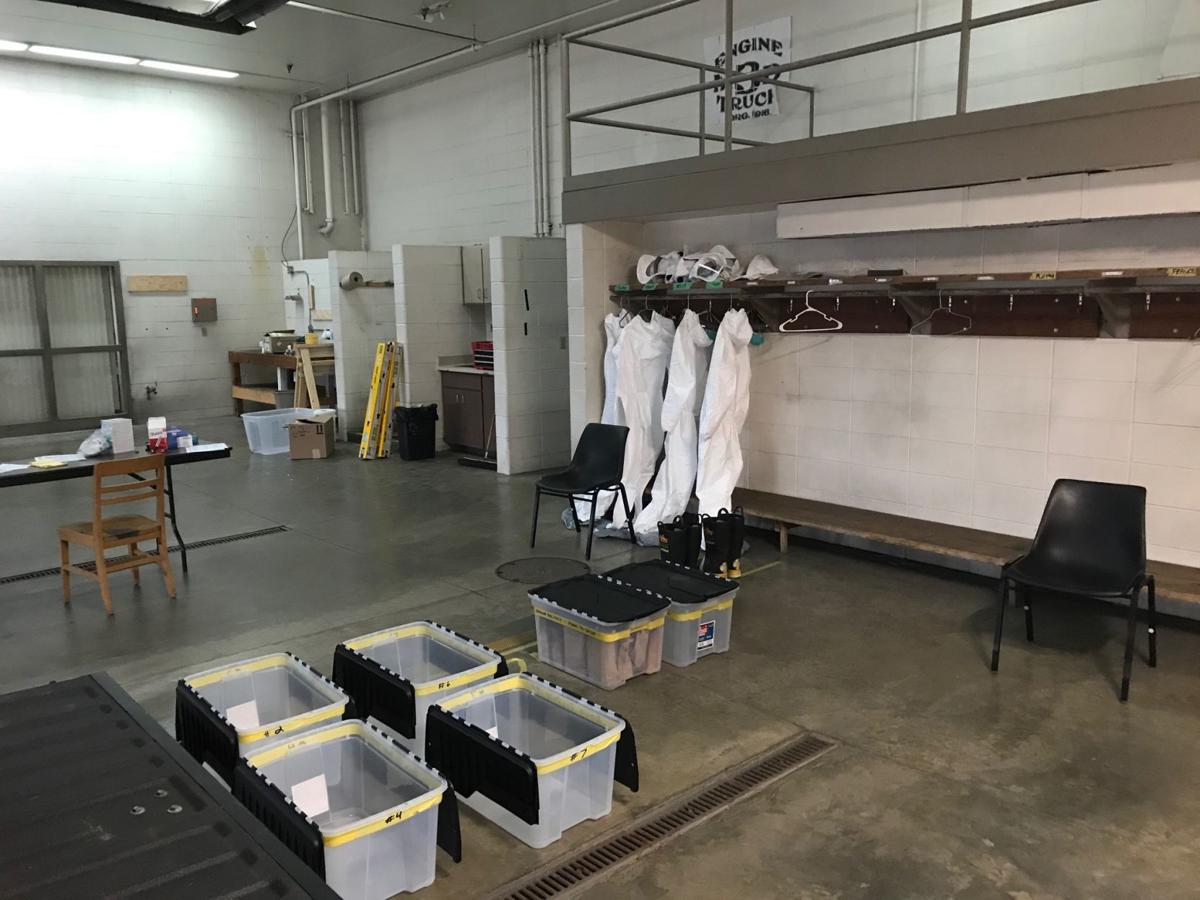 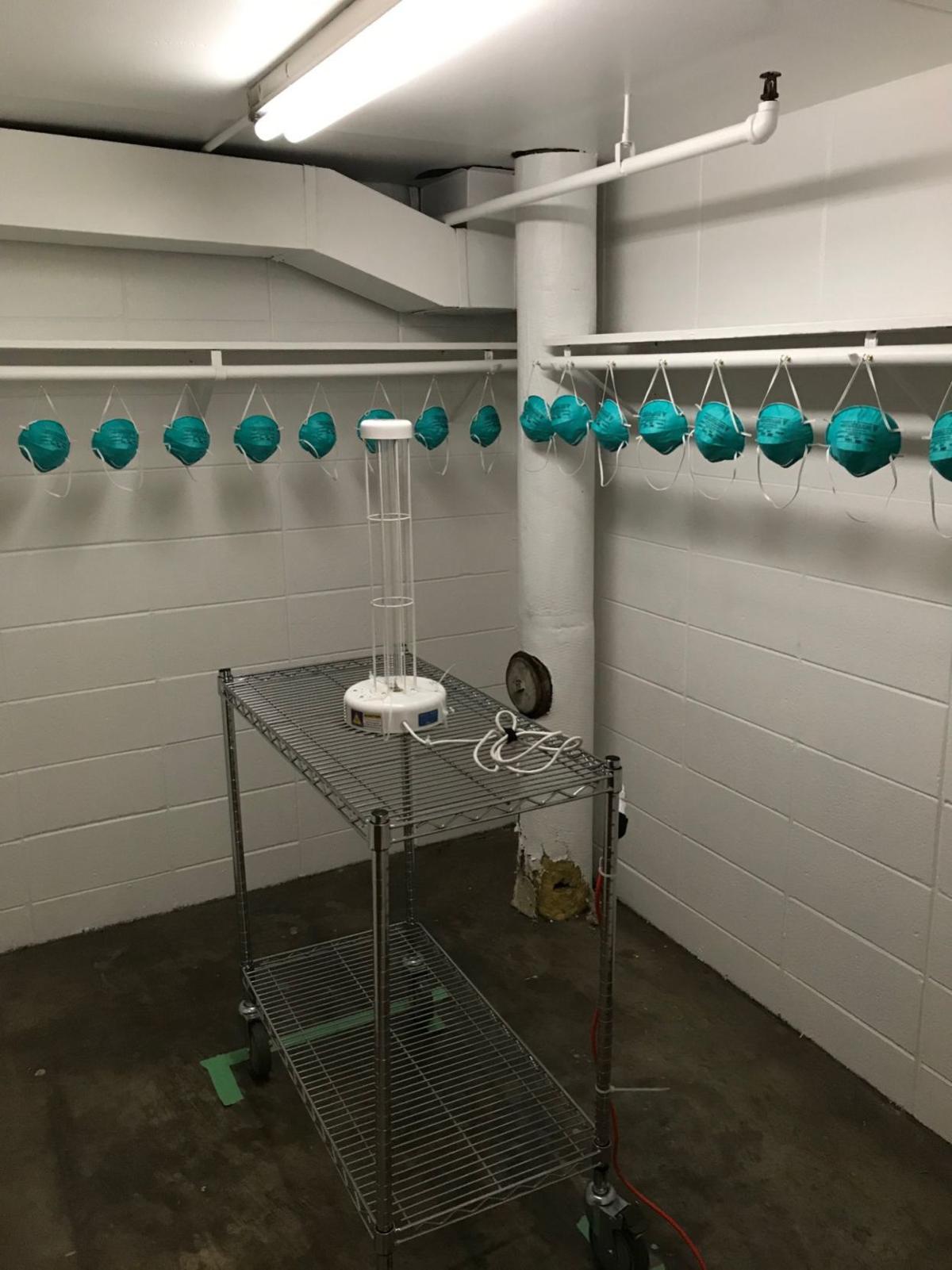 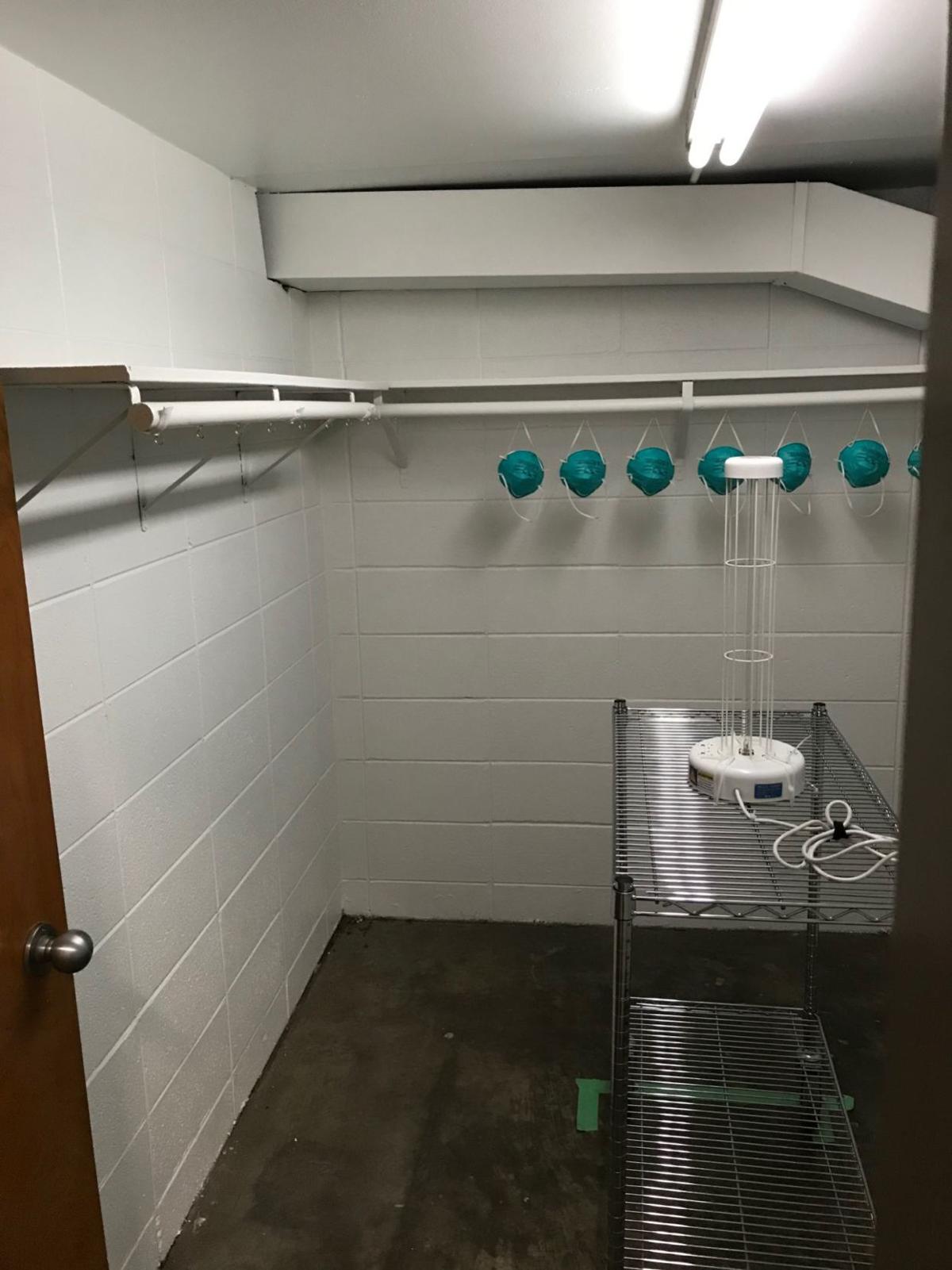 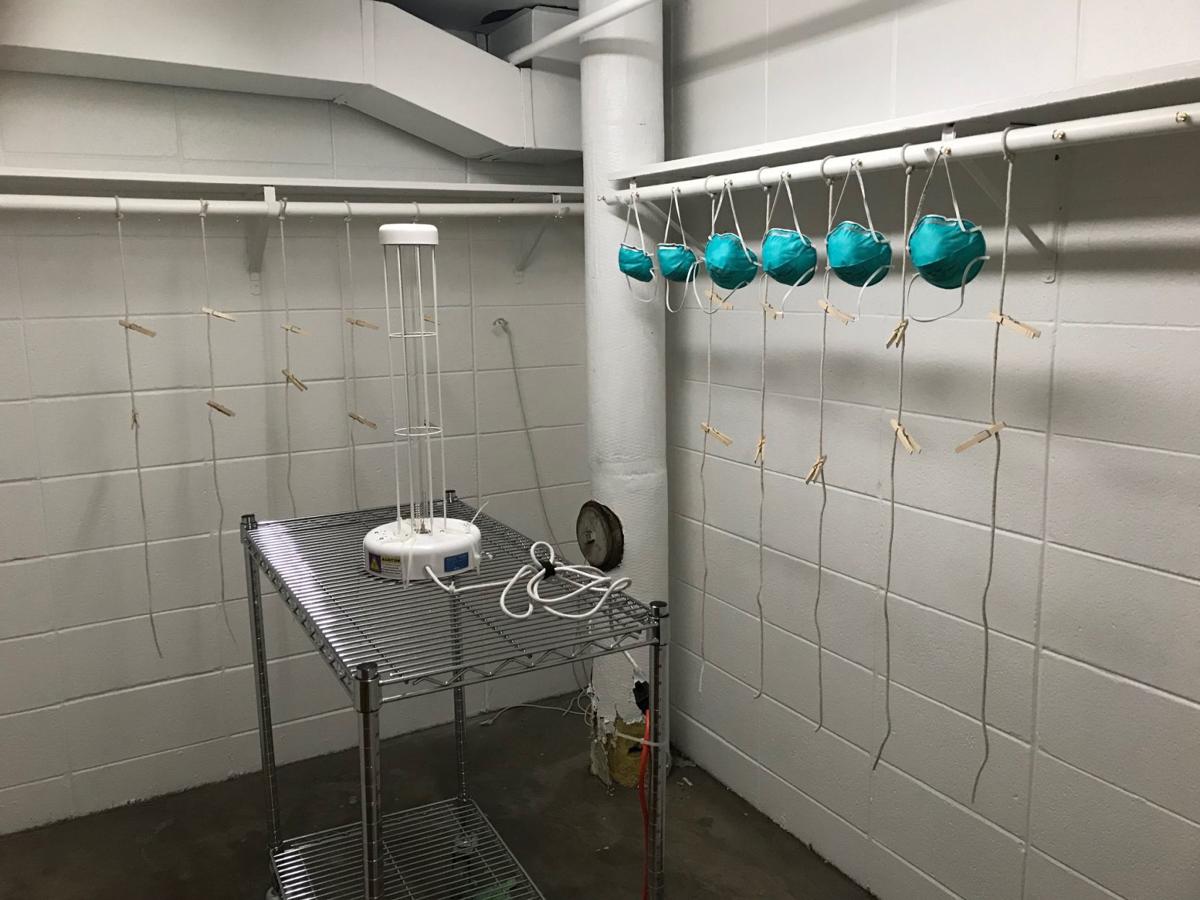 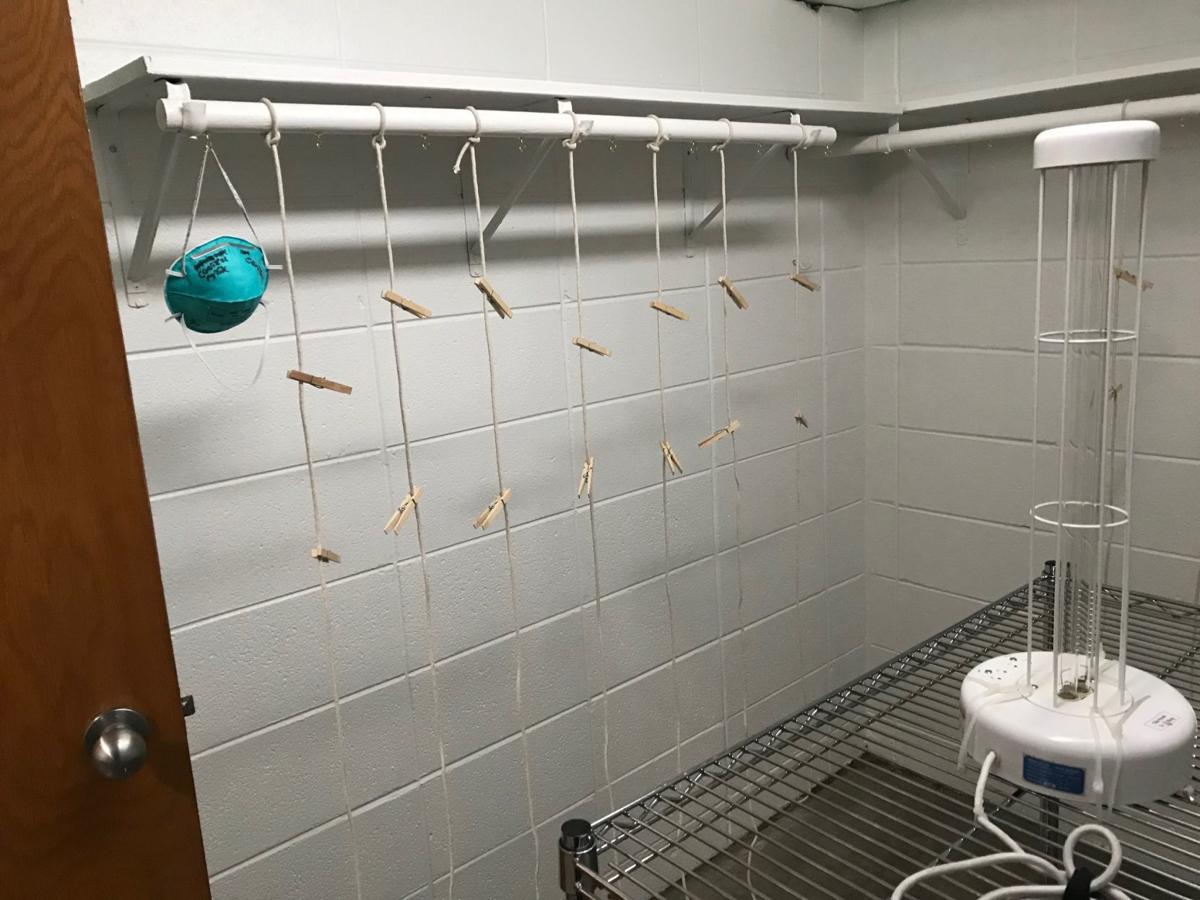 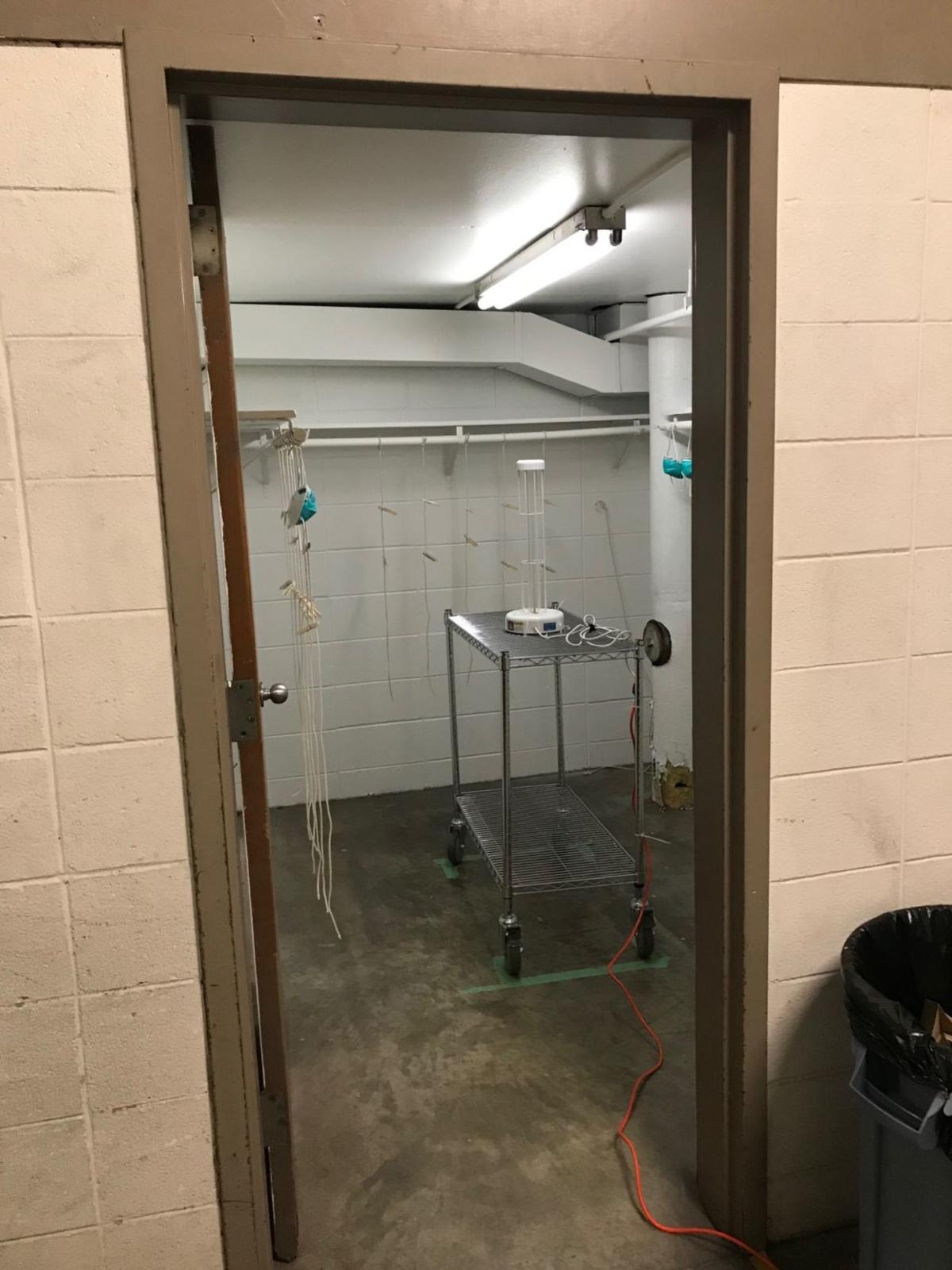 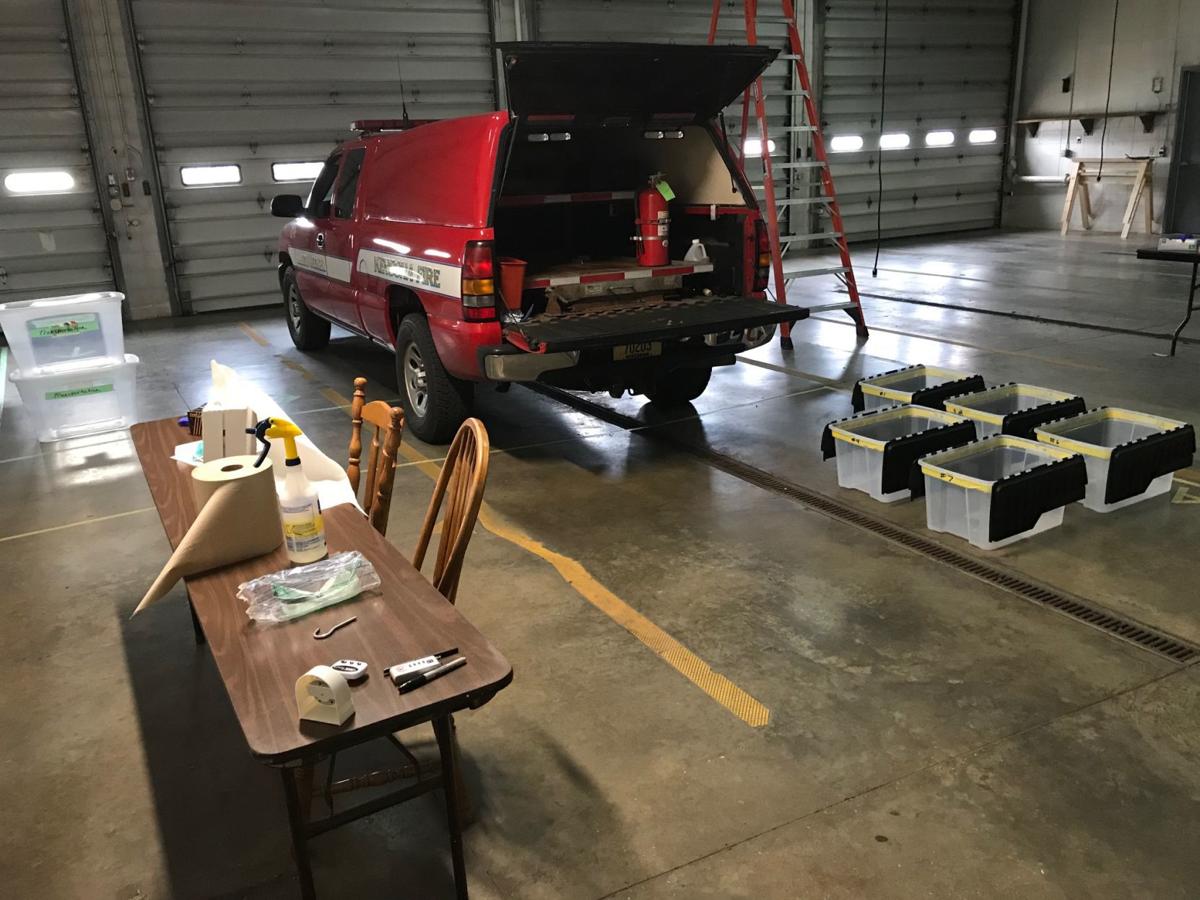 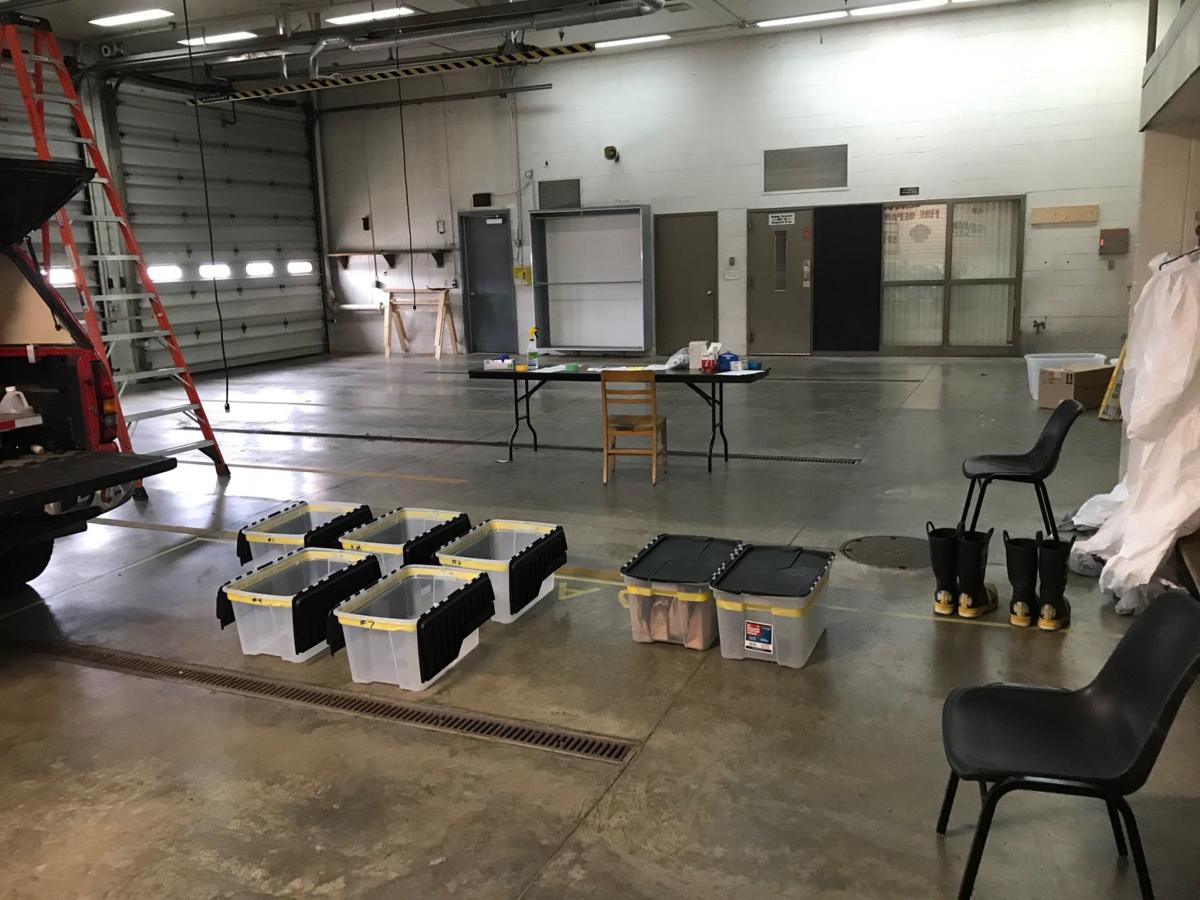 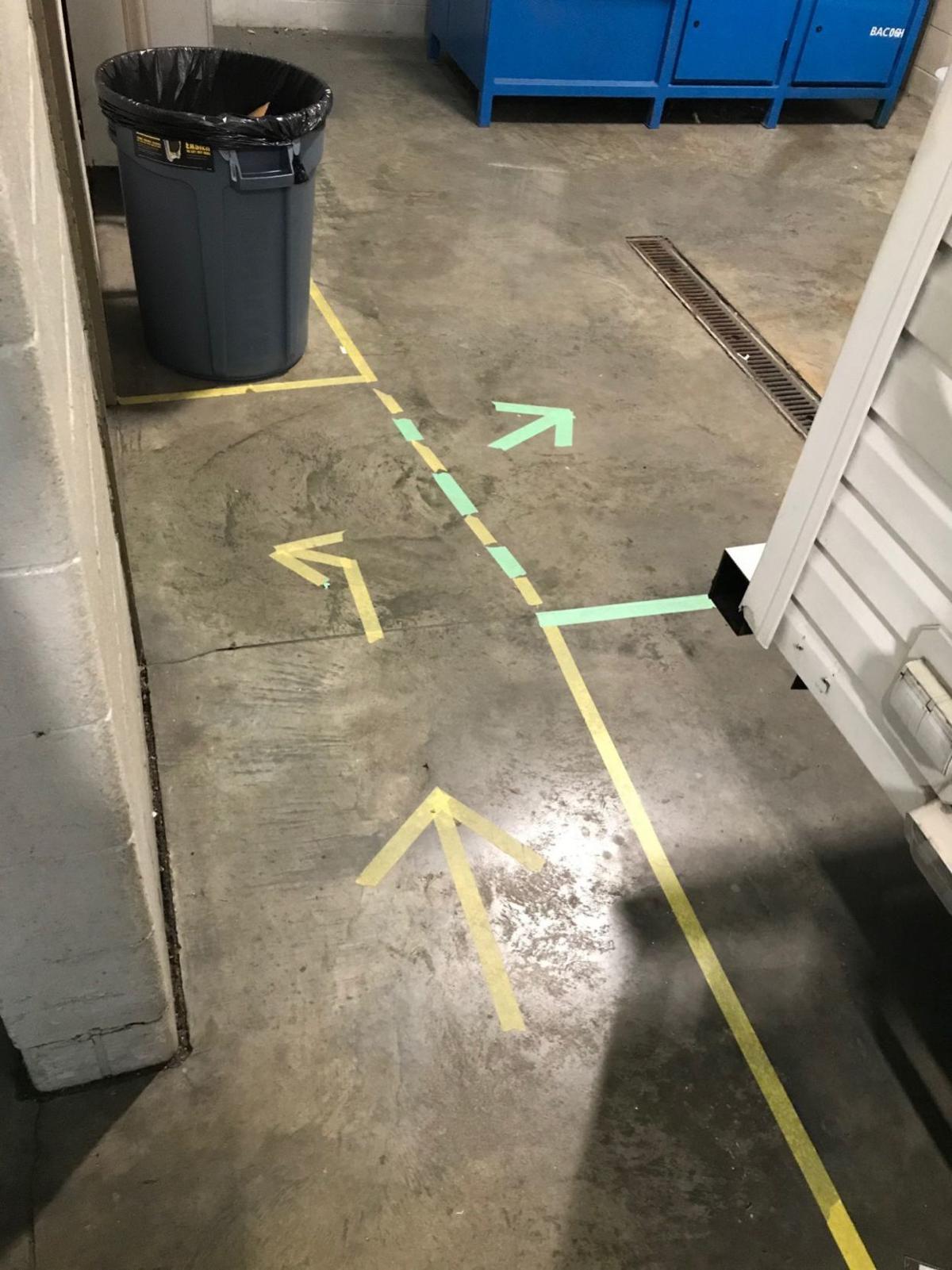 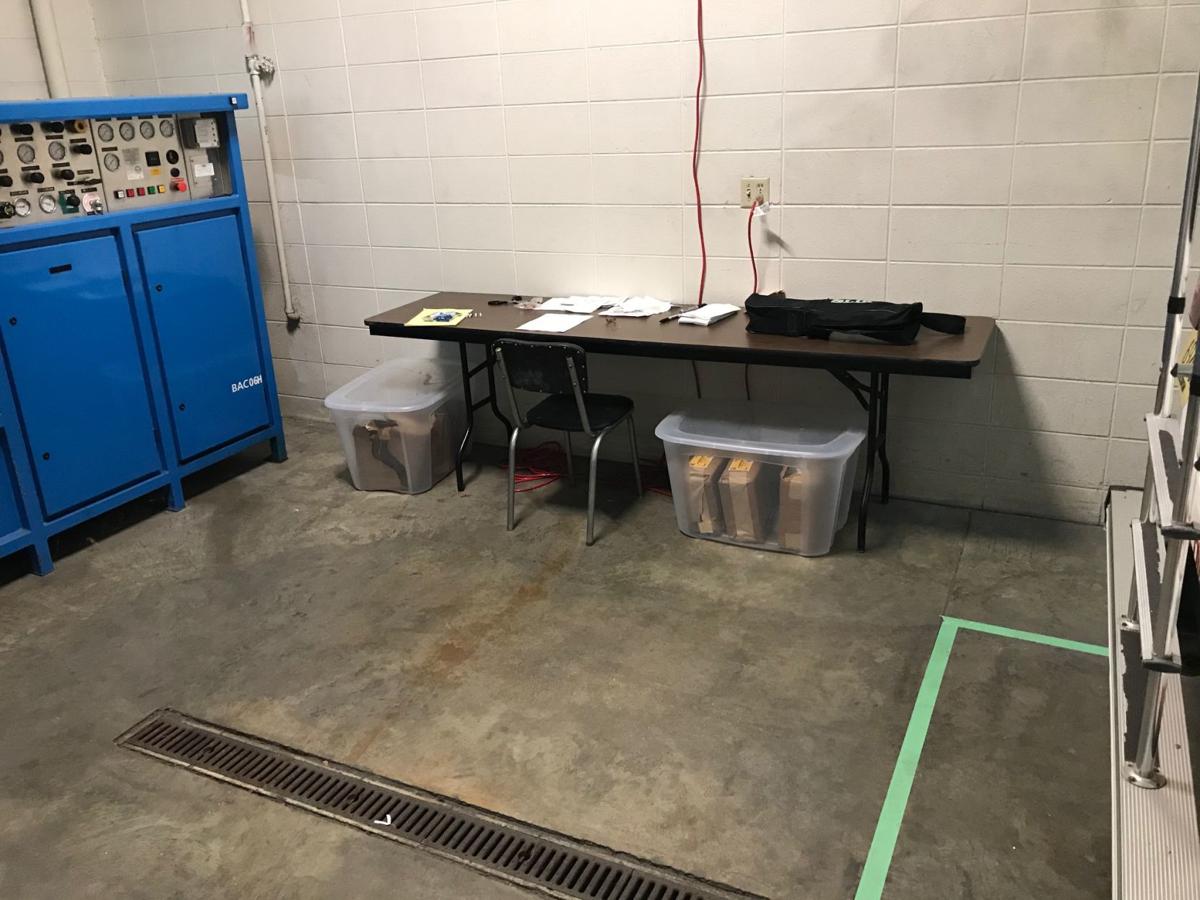 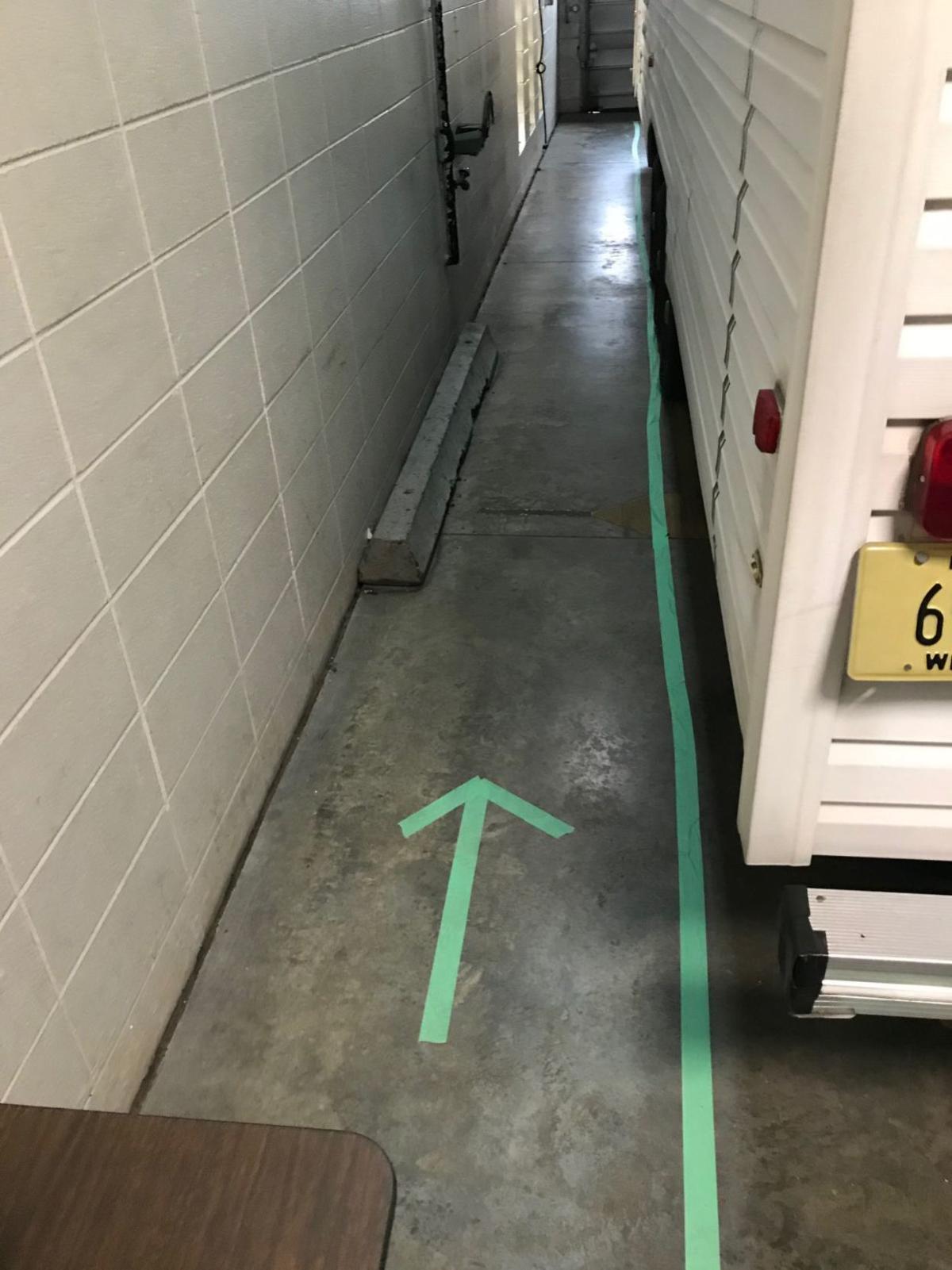 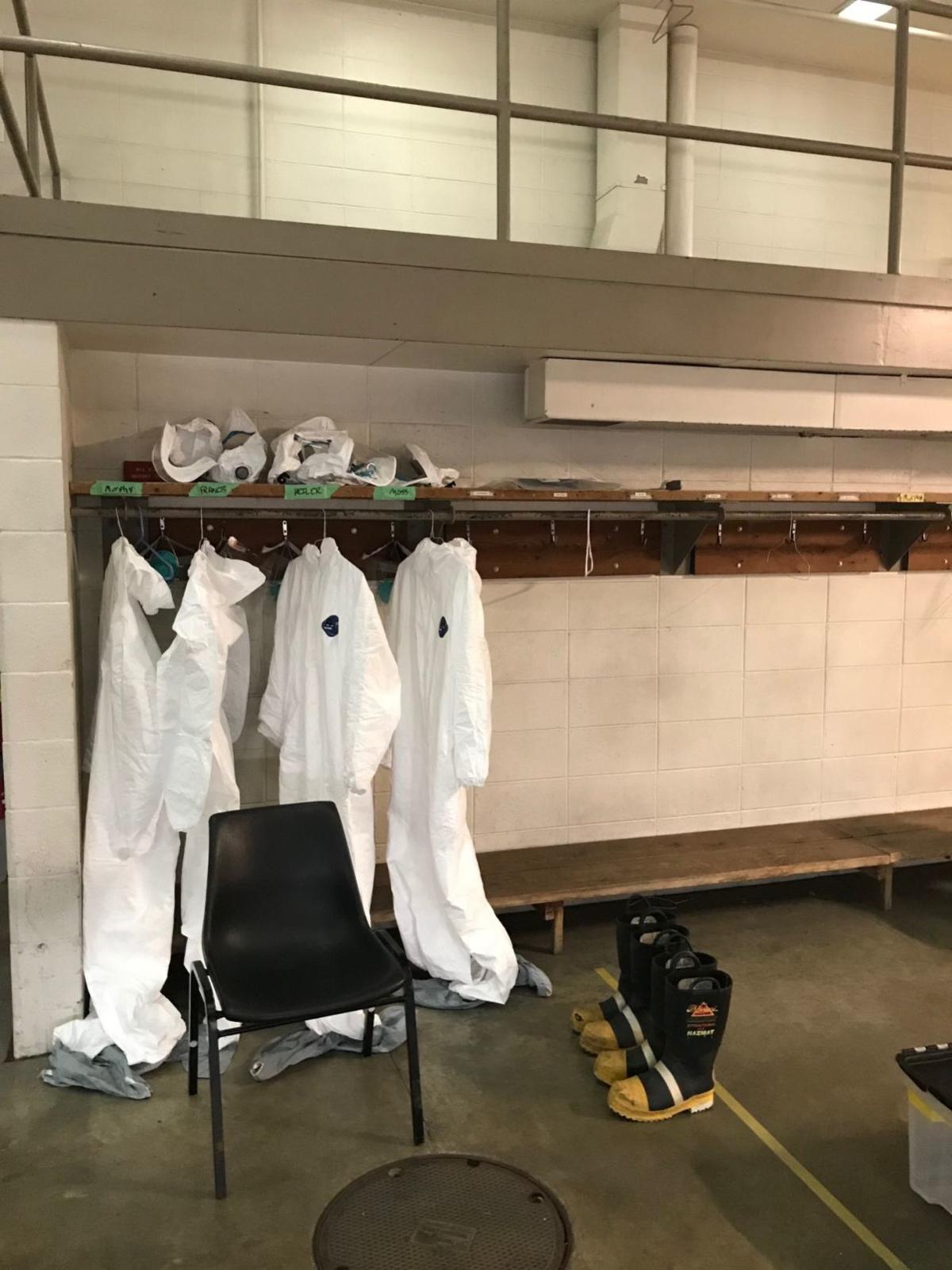 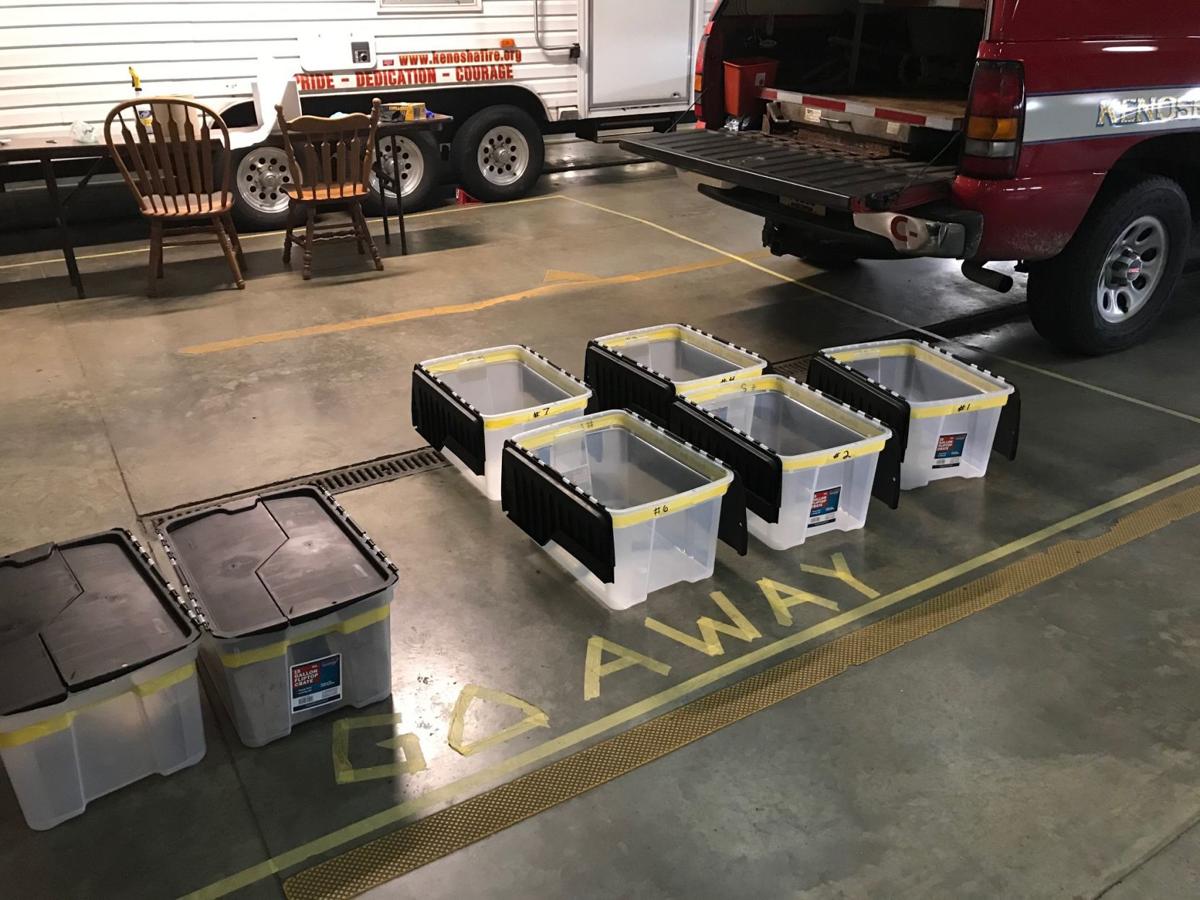 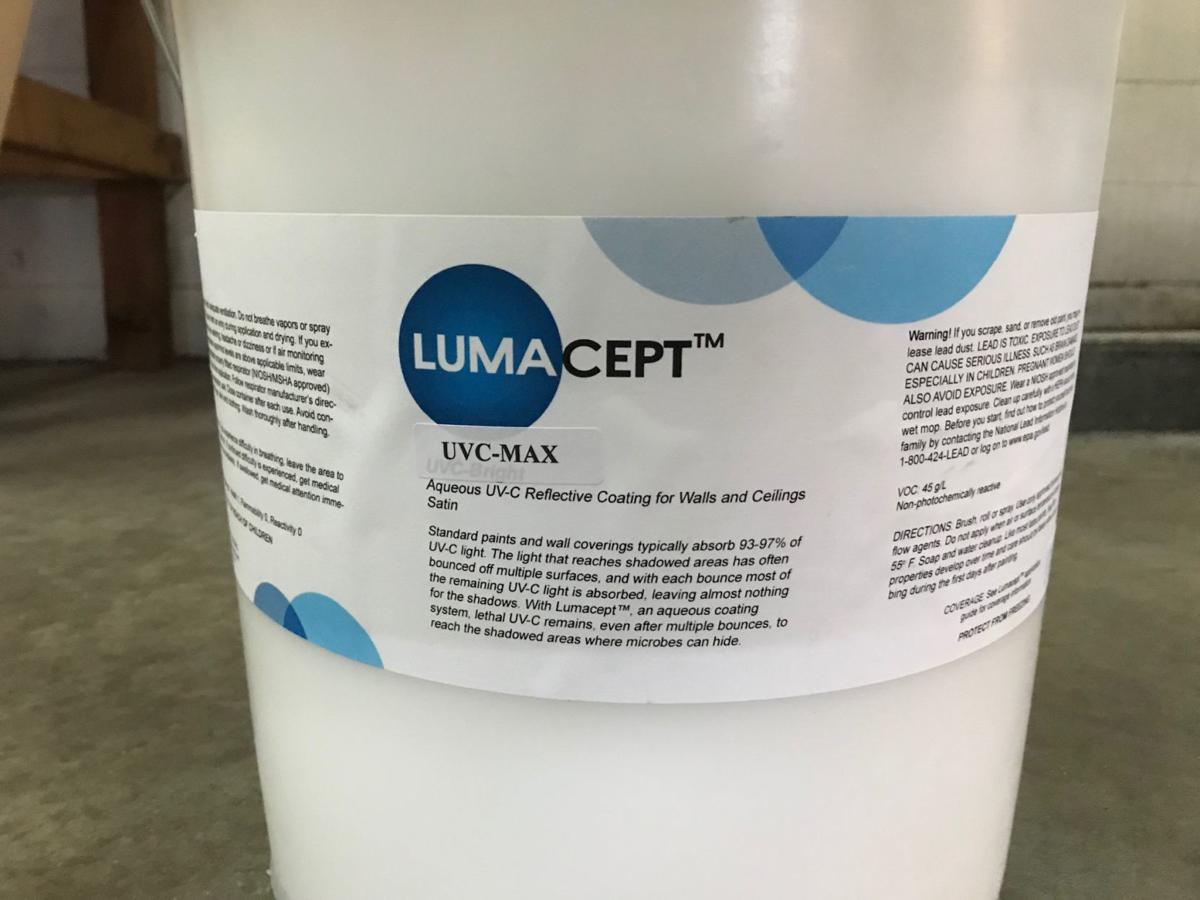 Using paint, an empty closet and the help of scientists from three Wisconsin universities, the leader of the Kenosha Fire Department’s emergency medical services created a decontamination system for coronavirus for protective masks.

Jim Poltrock, KFD division chief of emergency medical services, has been working since the beginning of the COVID-19 pandemic to try to keep first responders safe when they are handling medical calls, including making sure staff have N95 masks/respirators used by medical personnel for protection against the virus.

“That’s our main line of defense against COVID-19 when when we go out,” Poltrock said. “And they became very scarce very quickly.”

The fire department has enough masks for now, Poltrock said, but it is unclear whether they will be able to replenish their supply. Although the masks are designed to be used just once, Poltrock said he wanted to come up with a contingency plan.

“We needed to come up with a plan on how we could reuse those masks in case it got to the point that we couldn’t get more,” Poltrock said.

He said he was reading about how different areas of the country were handling the problem when he came across a program started at the University of Nebraska that used UV light to decontaminate masks.

“We have a UV light,” Poltrock said. He said he bought the light — which uses powerful ultraviolet light to kill bacteria and viruses — to decontaminate ambulances. “I figured we could use our UV light to put together a process similar to what the University of Nebraska had done.”

He decided to use an empty storage closet in the now closed Station 3 on Roosevelt Road.

“We painted the walls and the ceiling with special UV reflective paint that makes the light more effective and put hooks in there. We placed the light in the room and then we hung N95 masks that were used by our personnel on calls.”

But how to know if the system worked?

“That’s the key,” he said. “How do we validate that the light is doing what the manufacturer said it would do?”

Poltrock decided to seek out some expertise.

First, he reached out to his alma mater, Marquette University, asking contacts there if they knew anyone with expertise in UV light that could help the fire department.

“I design laser instruments for astrophysics,” Sanders said. “That means I need to know a lot about light in general” and how materials, distance and design affect the flow of light.

Sanders volunteered to put that expertise to work for the fire department, studying the room and the UV light they had, then spending a day creating the physics formula that told Poltrock exactly the distance and placement the masks should be from the light and how long they needed to be exposed to the light for the decontamination process to work.

But he still needed to find a way to test whether the process Sanders helped create was working. So he reached out again to universities in the area to see if any of the science departments had a light meter that would be able to measure the energy the UV light was creating.

But officials at the University of Wisconsin-Parkside started brainstorming ways they could help. Gary Wood, vice provost of academic affairs and a chemistry professor, said the university was so anxious to help that they were considering buying the light meter for the project, figuring they could use it as a teaching tool in the physics and chemistry departments later, when Vince Shaff, a support technician in the College of Natural and Health Sciences, proposed another solution. Shaff came up with an experiment to hang vials of bacteria in the KFD storage room, expose them to the light process.

“If the bacteria grow there is an observable color change. If the UV light kills it, you don’t see the color change,” Wood said.

Meanwhile, Poltrock said, he was contacted by staff at the University of Wisconsin-Madison’s State Laboratory of Hygiene, the state’s public and environmental health lab.

“They said, ‘We’re interested in what you are doing there,’” he said. “They called it the gold standard. They said, ‘You’re doing it right, and we’d like to see.’”

Kenosha ‘ahead of the curve’

George Gruetzmacher of the hygiene lab said, as part of the state’s COVID-19 response, the lab is working with police and fire departments around the state and surveyed about 1,000 departments on their work.

“Kenosha was one of a number of places that were ahead of the curve,” he said.

Gruetzmacher said several departments around the state have set up similar decontamination systems using UV light after learning of the University of Nebraska program, including departments in Sun Prairie and Brown County. The state is working with agencies in Sawyer, Jackson and Marquette counties to set up similar systems.

In Kenosha, the lab tested the system with their light meter and found it was working.

“The challenge is that these are just to be used in crisis mode,” Gruetzmacher said.

At the Kenosha Fire Department, Poltrock said, the decontaminated masks are not in use yet, and the department’s plans are to use them only if they are unable to buy N95 replacement masks in a shortage as part of the continuing COVID-19

Dr. Tom Grawey, an emergency medicine specialist and medical director for the fire department, credited Poltrock for creating the system in Kenosha.

“He is someone who sees the value of really cool ideas like this and then really puts his effort into making it happen,” he said.

“That’s the key to emergency preparedness,” he said. “This is really our backup plan for a crisis.”