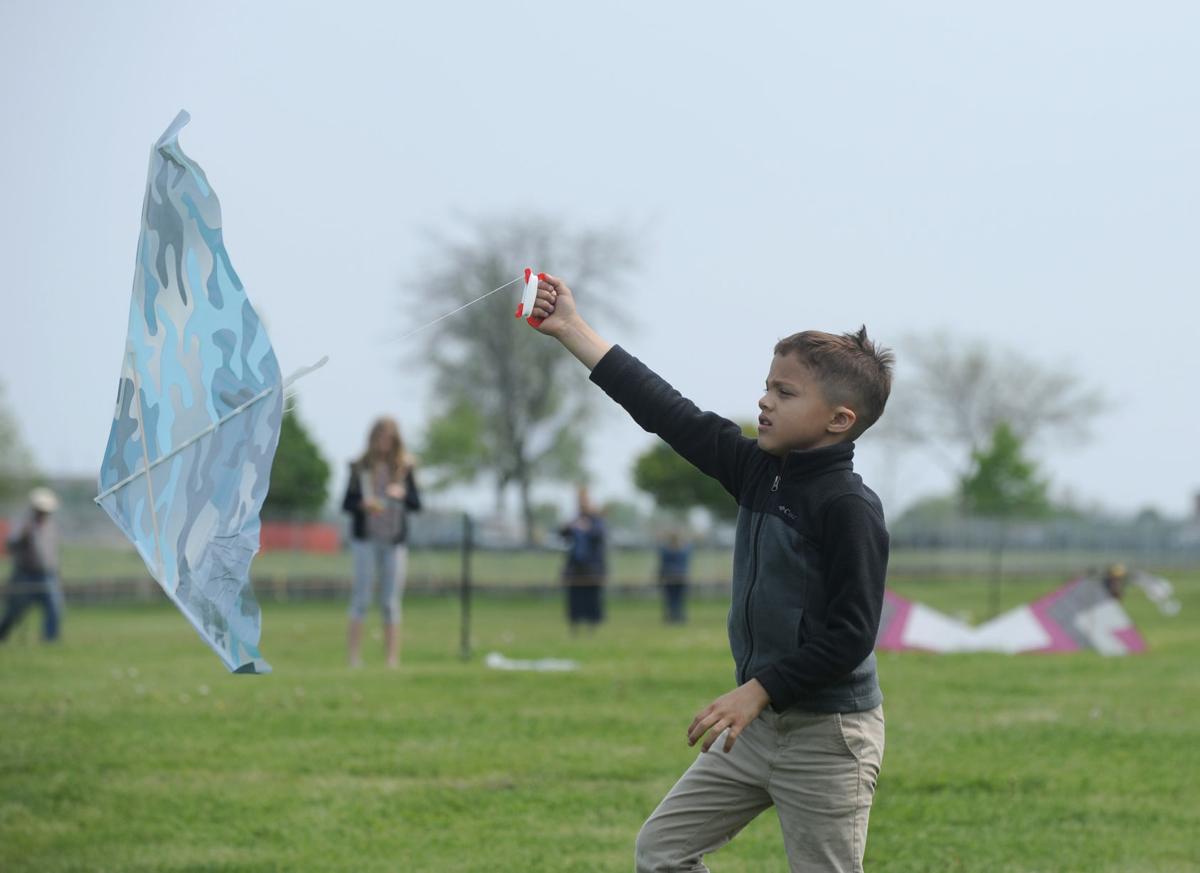 Callen Brown, 6, launches his kite during the Outta Sight Kite Festival on Saturday. 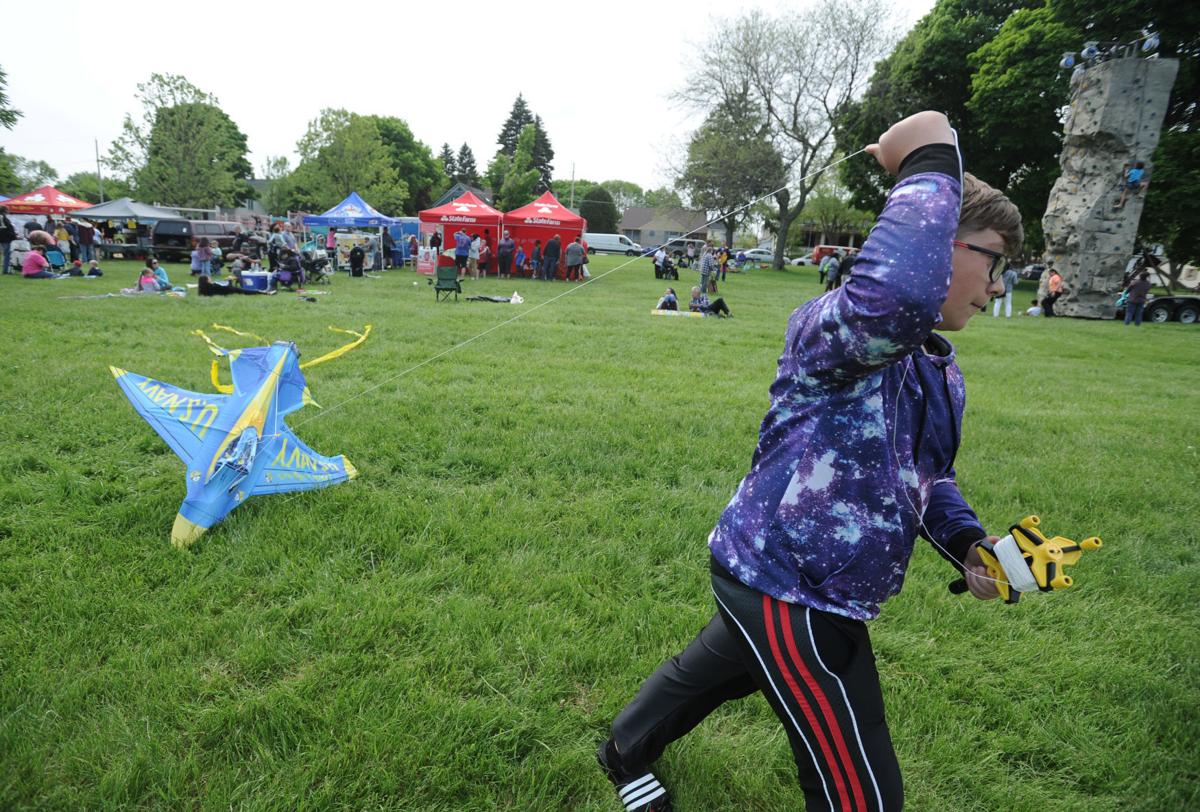 Haylan Engdahl, 12, gets ready to launch his kite during the Outta Sight Kite Flight Festival on Saturday.

Eleven-year-old Ethan Turner’s shark kite reached so high into the sky during the Outta Sight Kite Flight festival at Kennedy Park Saturday that he ran out of string.

Looking up at the kite against the blue sky — prior the dark sky that ended the first day of the two-day festival a bit early — it appeared as though Ethan was below it in the ocean.

“That’s all of it,” Turner said, tying the string to a fence.

Nearby, Barret and Bennet Clinkingbeard shivered as they ate shaved ice, a tradition for them at the event, in its 18th year, according to their mother Carissa Clinkingbeard.

“It is actually my favorite Kenosha event,” she said. “They love it.”

The candy drop from kites flown overhead is part of the fun, she said. This year, organizers have also added a bratwurst drop.

The giant whale and octopus kites are, literally, a huge attraction.

“The whale is my favorite,” Turner said.

The festival continues 10 a.m. to 5 p.m. today, with a “Grand Launch” at noon in the hopes of sending hundreds of kites into the sky to the tune of the “Mary Poppins” tune “Let’s Go Fly a Kite.” The public can bring kites or purchase one at the event.

Performances by the stunt team 180 Go.

The giant Kites of Alex Dagenais from Montreal, Canada.

Here are the biggest things you need to know about this weekend’s Outta Sight Kite Flight:

Callen Brown, 6, launches his kite during the Outta Sight Kite Festival on Saturday.

Haylan Engdahl, 12, gets ready to launch his kite during the Outta Sight Kite Flight Festival on Saturday.