Mix of 516 townhomes, apartments and duplexes planned for Somers
View Comments
Share this
{{featured_button_text}}
1 of 4 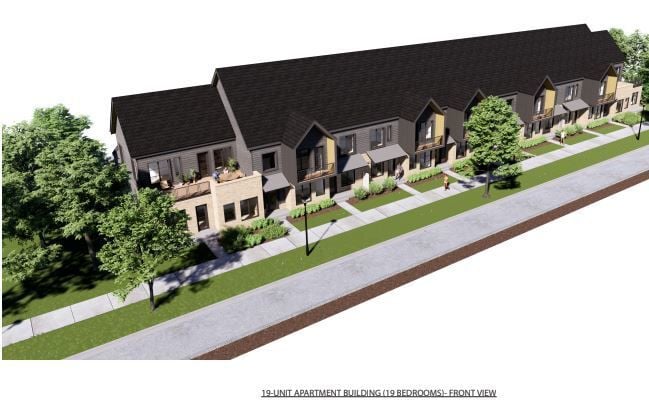 This rendering shows one of the proposed apartment buildings planned for the Somersville development in Somers. 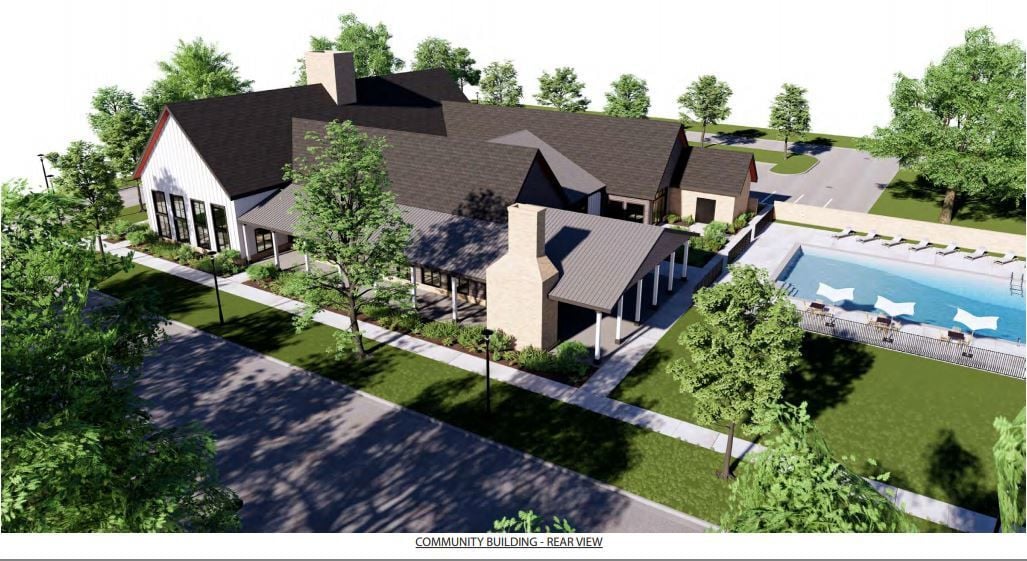 This rendering shows the proposed community clubhouse proposed for the Somersville development in Somers. 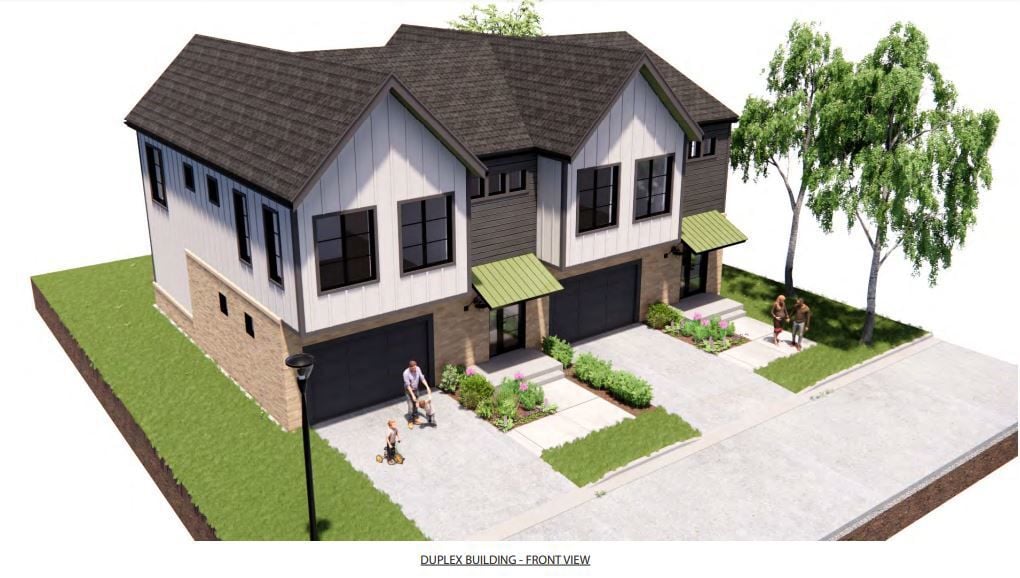 This rendering shows a proposed duplex that would be part of the Somersville development in Somers. 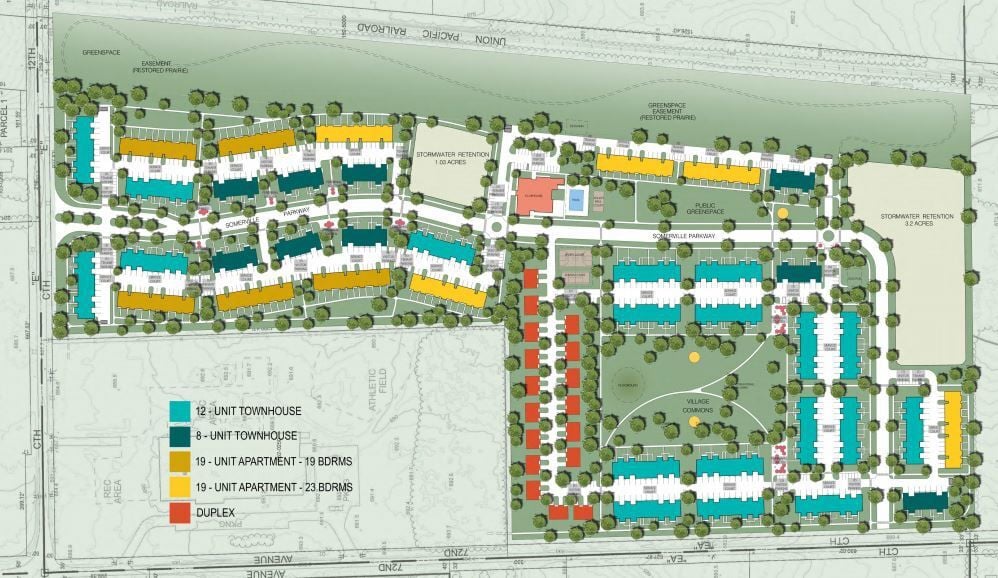 SOMERS — Somersville, a proposed 516-unit multi-family residential development behind Somers Elementary School, is garnering support from village officials as it moves through the approval process.

Village President George Stoner during a work session Tuesday said the developer has “a willingness to come to the plate and really put in a quality subdivision that I think is going to be outstanding for the Village of Somers.”

Village Trustee Jackie Nelson said the developer is addressing the need for both one-bedroom apartments and affordable family housing options.

“You have done a really good job accommodating people, so we can welcome everybody into our community,” Nelson said.

The development proposal by Kenosha-based Land Quest, in partnership with Cardinal Capital, includes a mix of one-, two- and three-bedroom townhomes and apartments, most with attached garages, and three-bedroom duplexes with basements and attached garages. A community clubhouse with a pool and other recreational amenities are also part of the plan.

“Our hope is to create a neighborhood feel that is rich with amenities and green space,” Ryan Douglas, president of Land Quest said. “Site amenities include a 9,000-square-foot clubhouse with a pool, fitness center, lounge, game room, coffee bar, changing showers and more.

The majority of the amenities are centrally located within the plan.

“The amenities here are tremendous,” Stoner said. “The green space is phenomenal, too.”

The subdivision, to be located on what is referred to as the former Gitzlaff property, would be accessible off of both Highways E and EA.

Approximately 490 market-rate, luxury apartments and 26 owner-occupied units are proposed. The 516 units will be located in the following building types:

The project, scaled back from its initial concept, requires an amendment to the adopted land-use plan, a rezone, certified survey map approval and approval of the overall site plan. Public hearings on the plans were held before the Plan Commission on Nov. 9, after which commissioners voted unanimously in support of project. However, it is still a developing design.

“This is a work in progress and may undergo adjustments based on input from the village, including to the number of units, placement, setbacks, etc.,” Douglas said. “With their input and support, we hope to bring an impactful development that will benefit the entire community.”

Stoner said the village has some fairly strict guidelines and “we are kind of tough at times, but this is our area.”

Based on village multi-family design standards and feedback from village officials and plan commissioners, the following are among the changes already made by the developer:

Curved roadways are planned, as opposed to straight.

Buildings will be placed on angles.

The size of the clubhouse was significantly increased.

Recreational facilities will be in a central location and additional “sports courts” were added.

Porches and overhangs to porches were added to a large portion of their buildings.

Duplexes will be owner occupied and will include basements in addition to two-car garages.

Setbacks to Highways E and EA were increased.

The overall proposed density of the development is 8.73 dwelling units per acre, which is less than the 12.4 units per acre allowed by zoning ordinance. It is planned to be built in two phases. The first phase will place townhomes and apartments to the north, west and south ends of the site.

Douglas said the plans are “a work in progress.” The project is expected to be discussed at another work session Dec. 1. A Developer’s Agreement could come before the Village Board on Dec. 8. 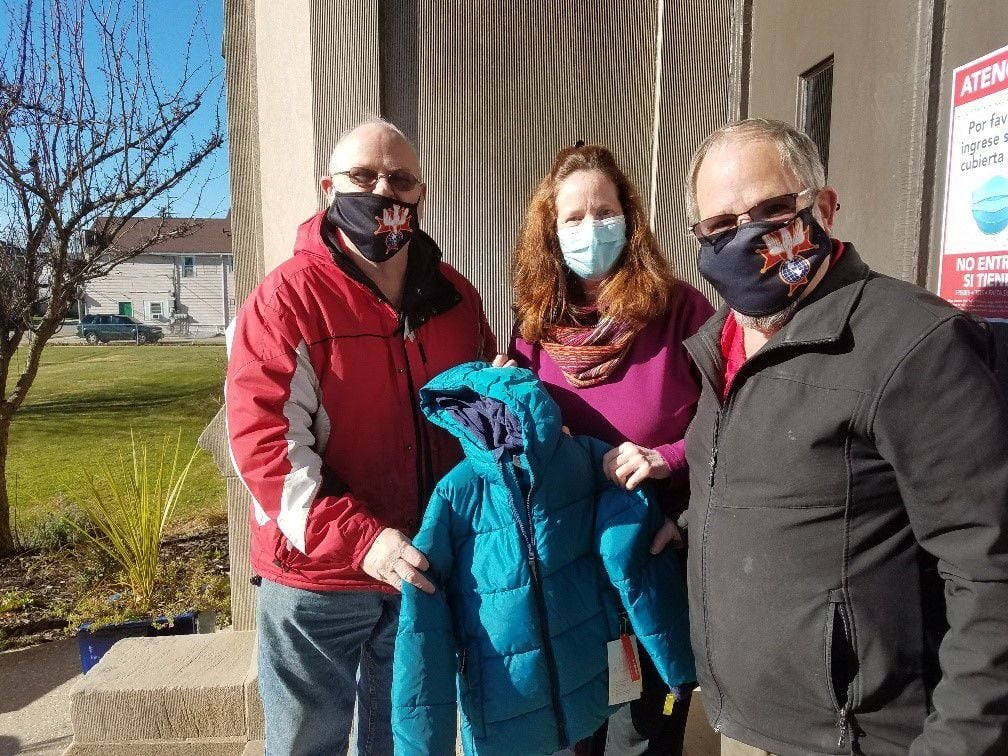 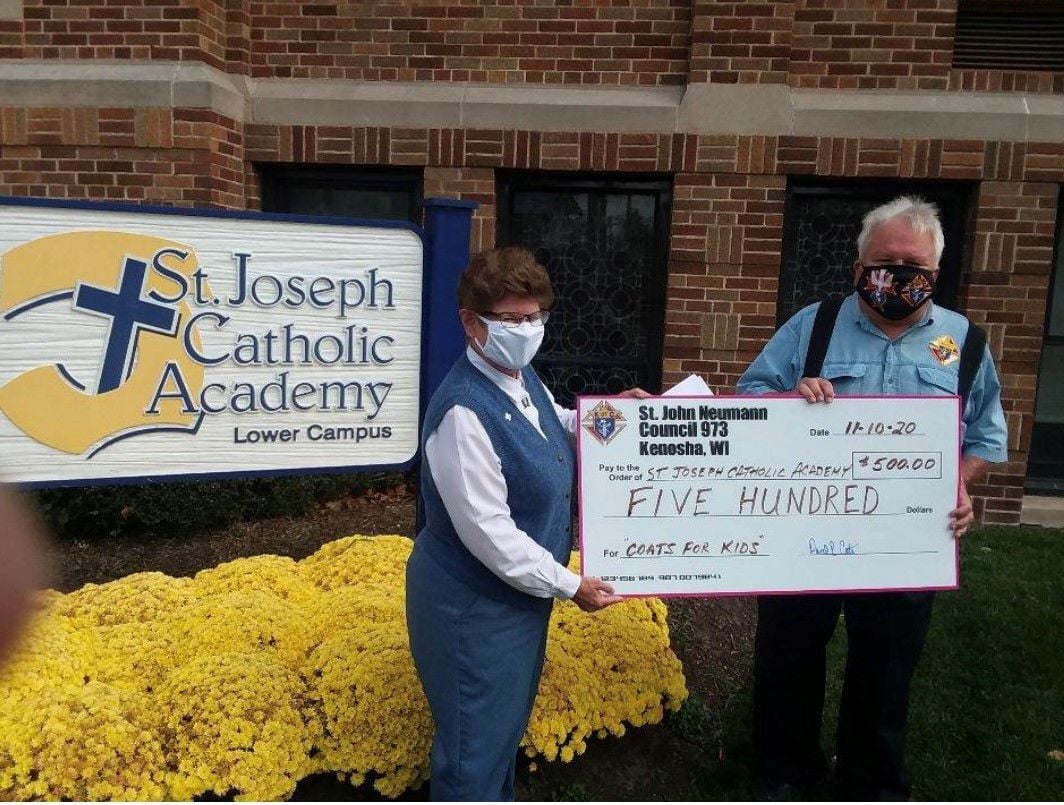 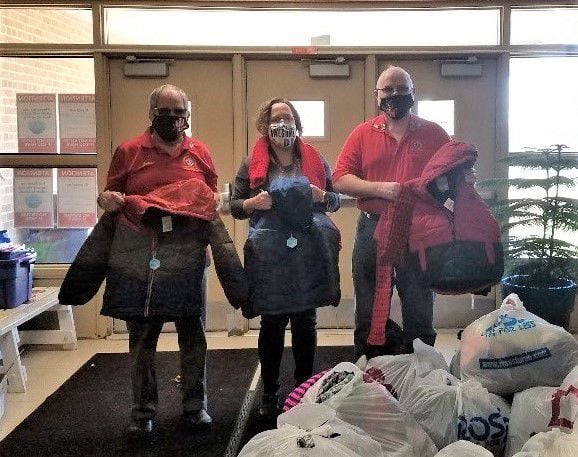 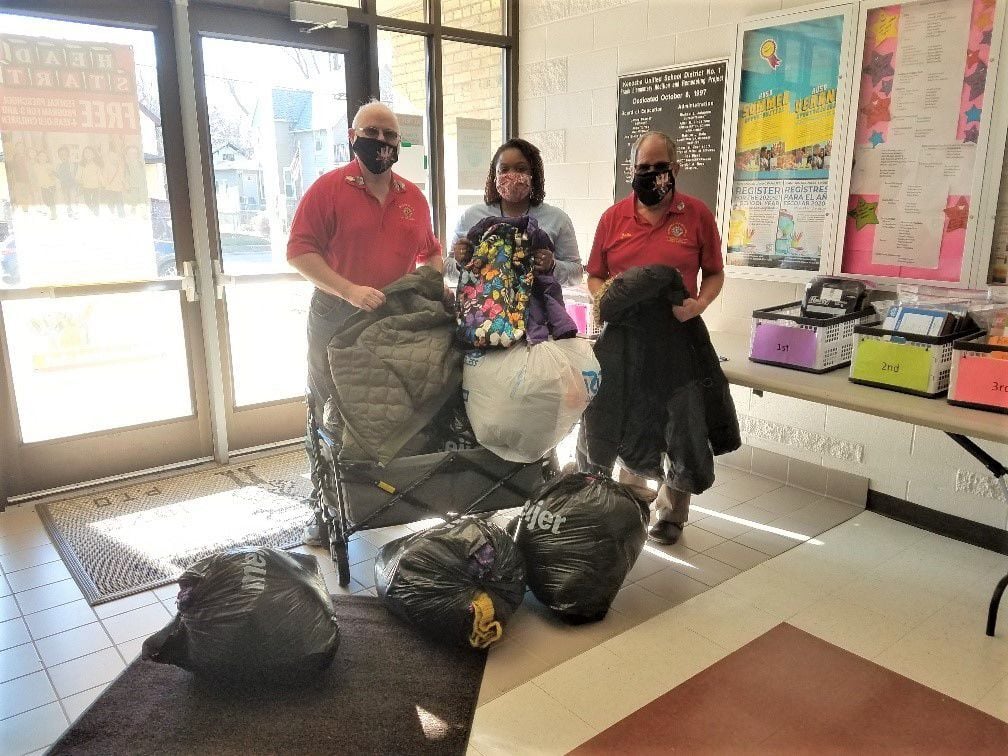 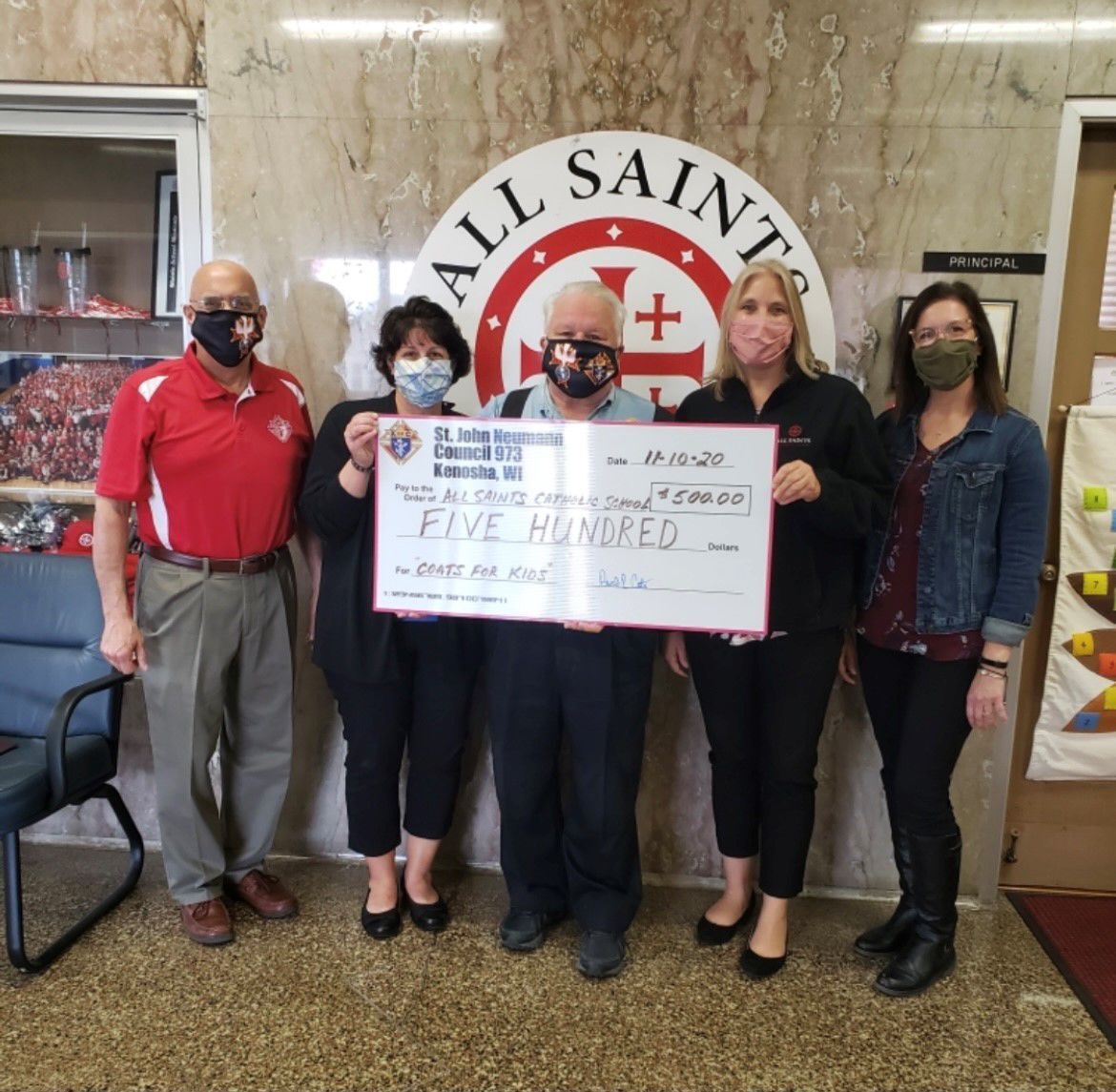 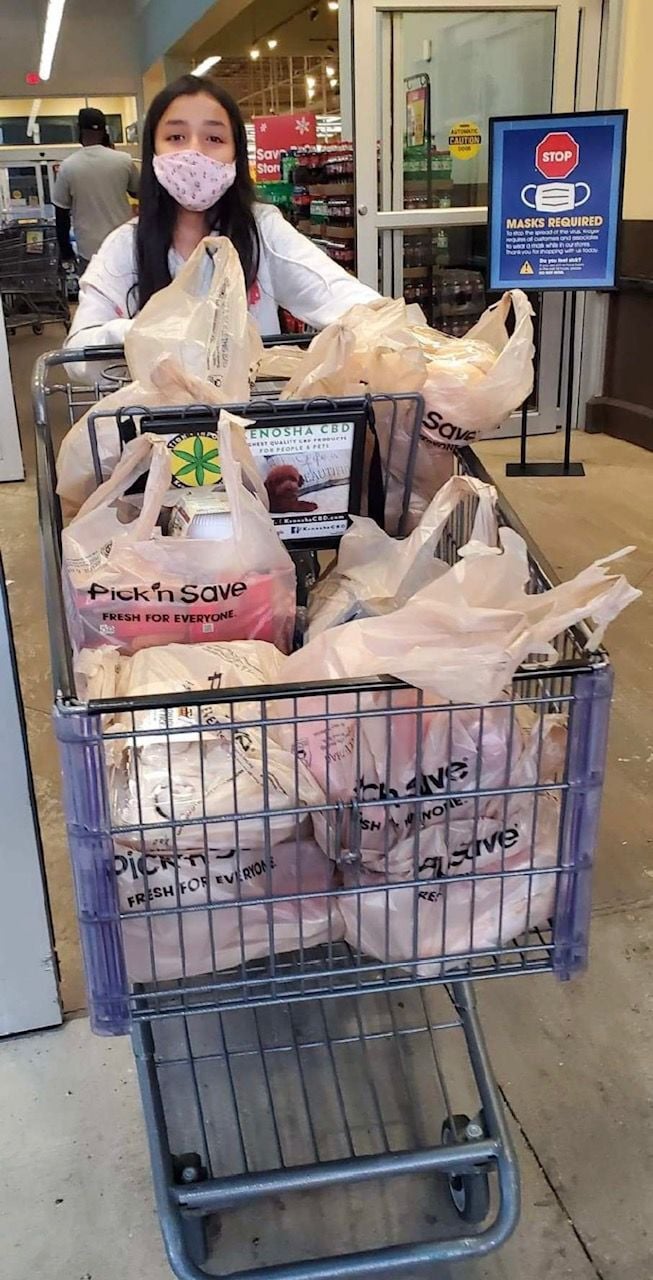 IN PHOTOS: Knights of Columbus councils help those in need

Two local Knights of Columbus councils have been busy lately giving back to the community.

The Knights of Columbus Council 973 Coats for Kids program donated $1,000 worth of Burlington Coat Factory gift cards to help elementary school children get ready for winter. St. Joseph Catholic Academy and All Saints Catholic Elementary School each received $500 for the program.

Meanwhile, Knights of Columbus Divine Mercy-St. Anne Council 16022 delivered 75 coats to Jefferson, Frank and Wilson elementary schools. The Knights held a BBQ chicken take-out dinner, and used a matching fund from an parish member to raise about $2,000 to help to purchase the coats. Target, Meijers, Ross for Less and Burlington donated gift cards and extra percentage off to help purchase the coats. The Ladies Auxiliary also donated more than 60 hand-knitted scarves.

This rendering shows one of the proposed apartment buildings planned for the Somersville development in Somers.

This rendering shows the proposed community clubhouse proposed for the Somersville development in Somers.

This rendering shows a proposed duplex that would be part of the Somersville development in Somers. 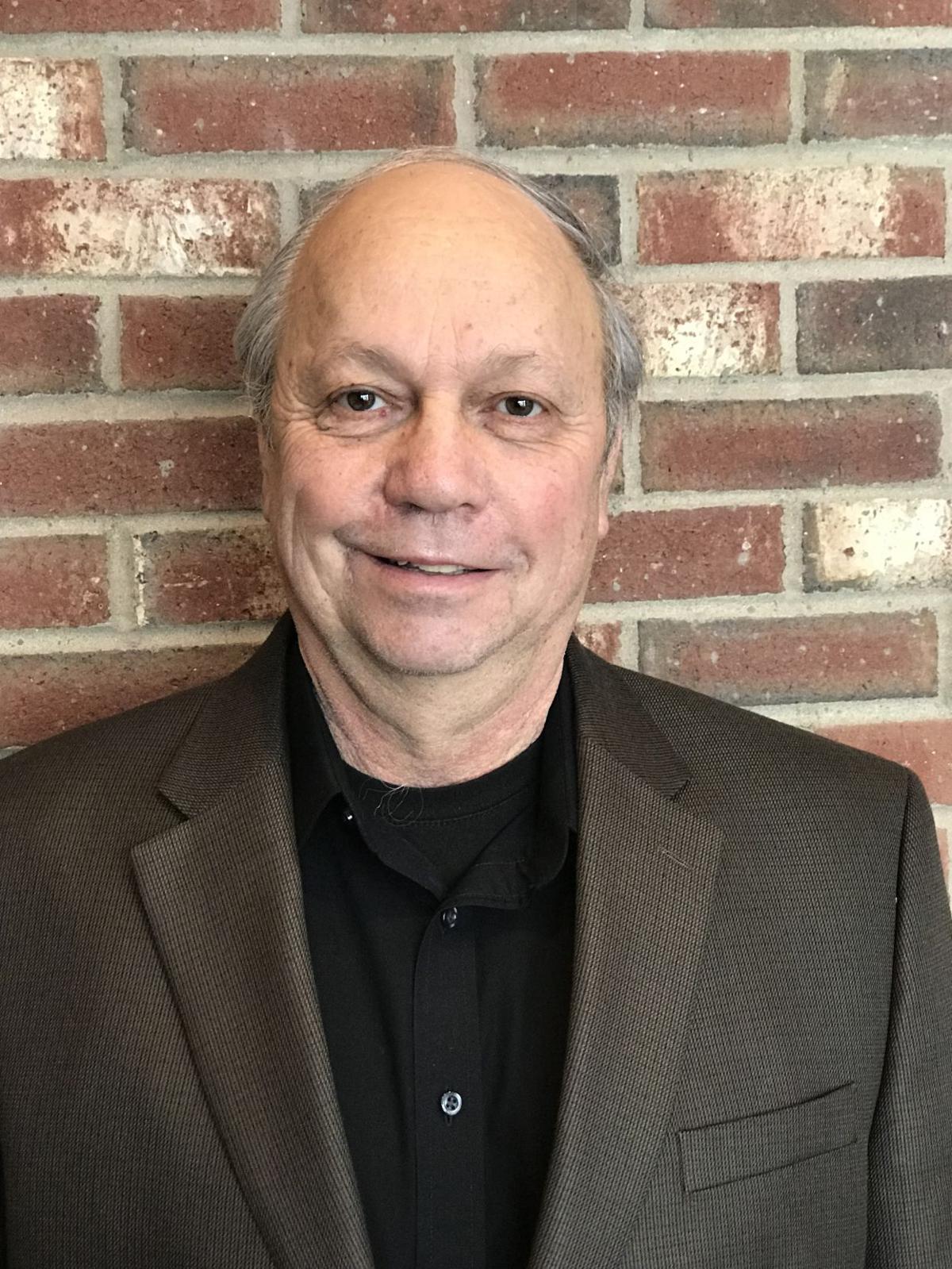 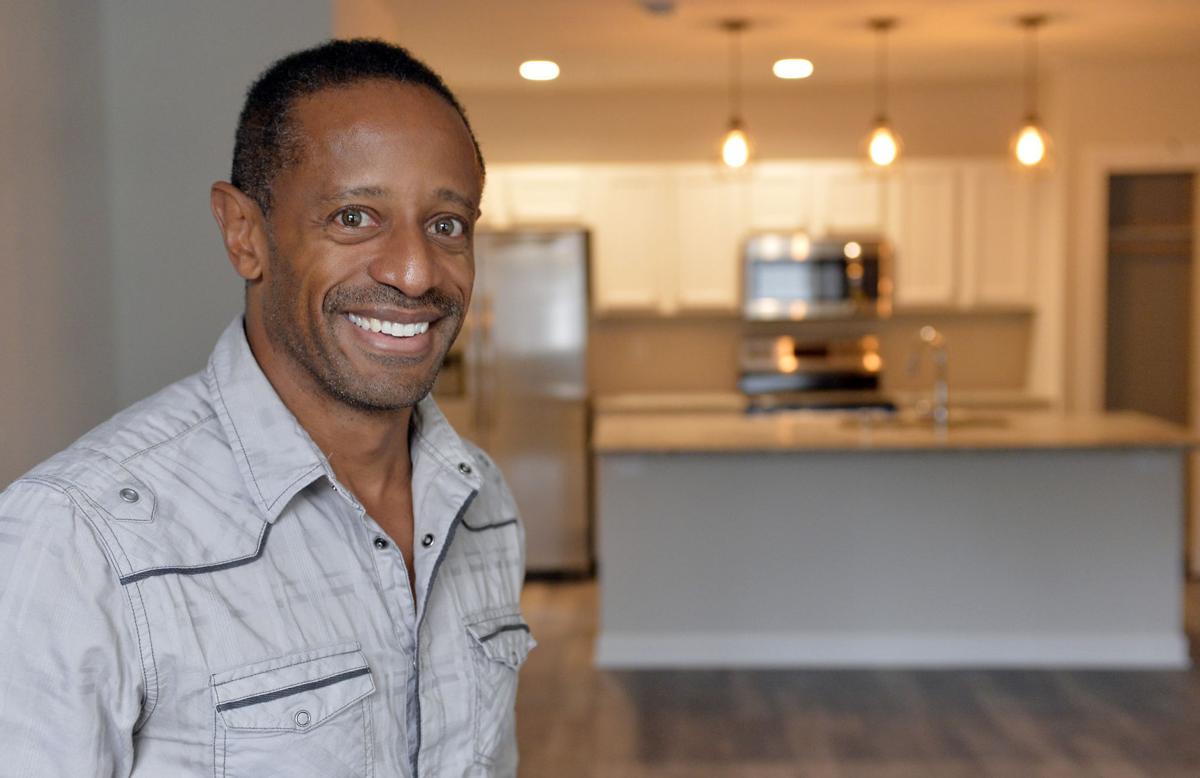 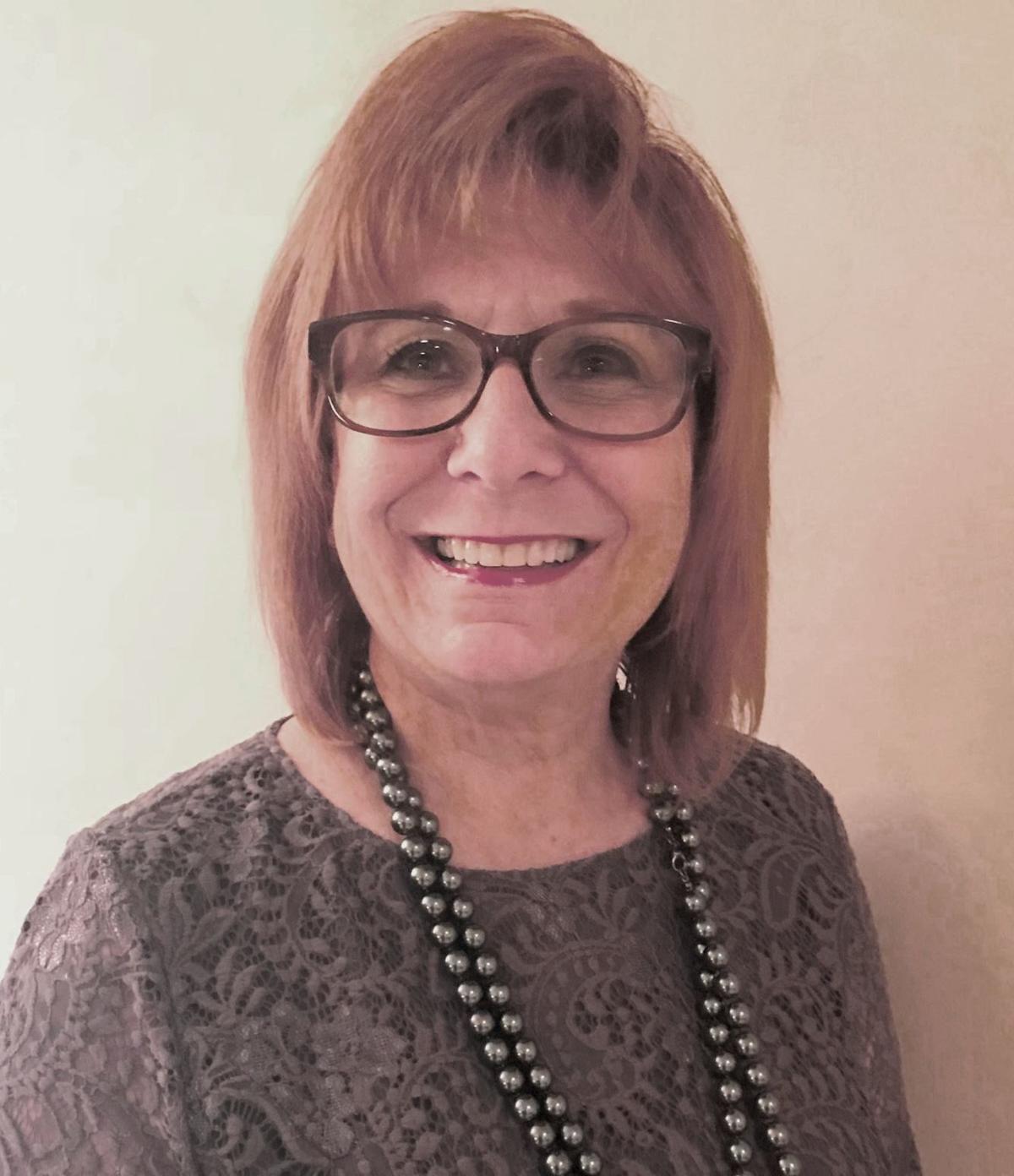