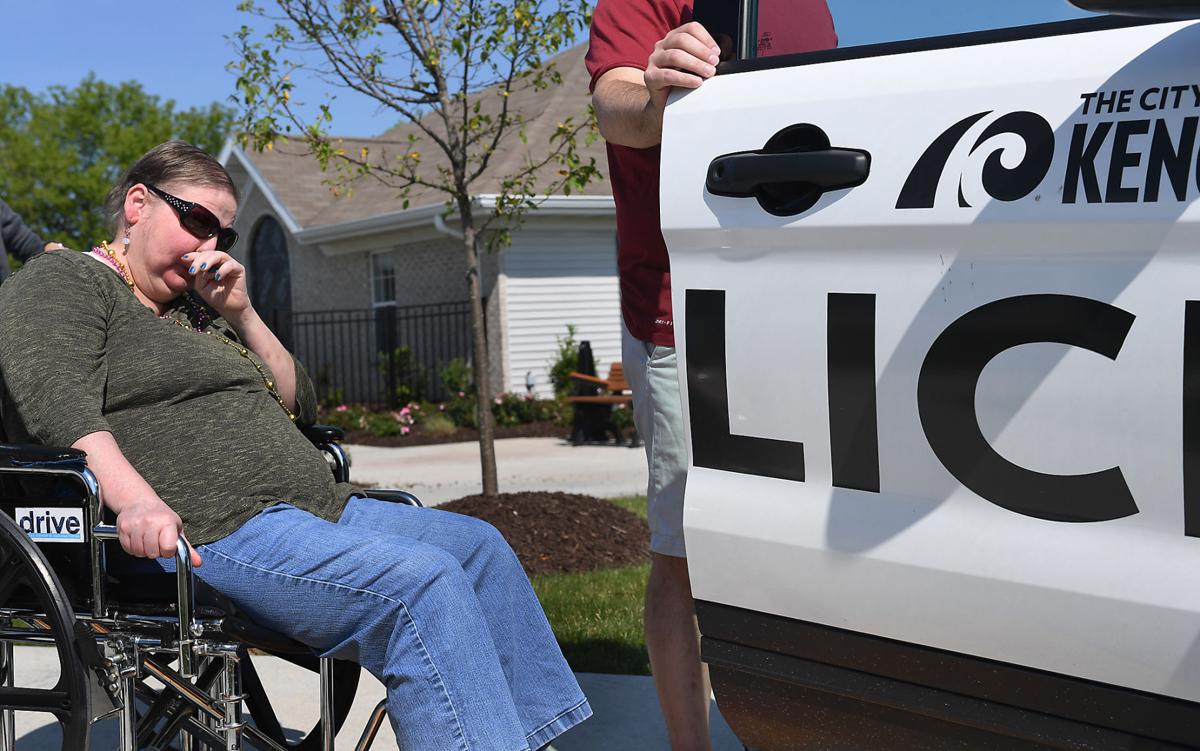 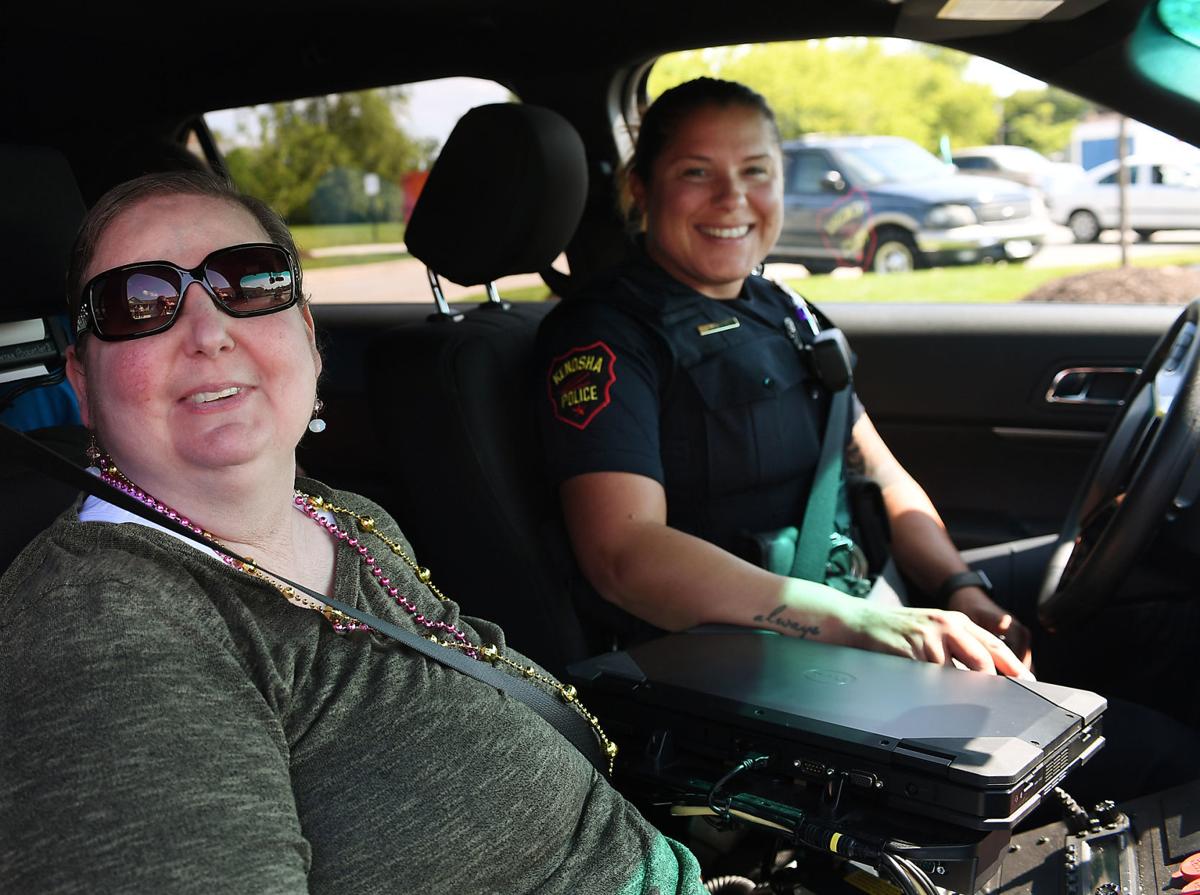 Brenda Guillien, a former Racine Police officer for 14 years, is all smiles for a ride along with Kenosha Police Department officer Kate Schaper on Saturday.

Brenda Guillien once again riding in a police car Saturday was a dream come true.

A 14-year patrol, evidence technician and detective veteran of the Racine Police Department before complications from cancer, chemotherapy and radiation treatment forced her to retire in 2007, Guillien is now a resident of Azura Memory Care of Kenosha North, 4600 52nd Ave.

The ordeal robbed her of sight, memory and other functions, rendering her unable to be in law enforcement.

Still, Brenda nodded in agreement Saturday, listening as her husband, Dan, described how she grieved over losing the job she loved, along with her identity.

At Azura, Maria Gonzalez, her quality of life coordinator, and other team members had discerned through talking with Brenda that patrolling the streets was among her greatest past joys.

Early last month, Zimmer said, the team learned Brenda had been selected for Azura’s MOSAIC Dreams Program, which works to engage those with memory loss in conversing about their dreams, best days and cherished experiences, and reconnecting individuals to those memories.

At 10 a.m. Saturday, Officer Kate Schaper pulled up outside Azura in a Kenosha Police Department squad car, and Brenda was helped into the front seat, with Dan and Zimmer getting into the back seat. The ride-along lasted 20 or 30 minutes, but for Brenda the experience was immeasurable.

“As soon as she got in the police car, she was back in her element,” Zimmer said. “She had a really good time.”

For her part, though, Brenda said, while she enjoyed the ride-along, it felt “weird.”

“It really was. I’ve had some serious memories from being a Racine cop,” Brenda said, indicating they weren’t all memories she welcomed back.

On the other hand, Brenda always thought Racine and Kenosha police worked well together, and Schaper “was really great” with her, Brenda said.

A mother of two, a son in high school and an adult daughter, Brenda said she knew when it had become time for her to leave her police career and seek rehabilitative care. At the same time, she misses her former life in law enforcement.

“A little bit,” she said. “And even more now after it’s taken away from you.”

An 18-year-old man was shot to death early Friday, with Kenosha Police investigating the death as a homicide.

Kenosha Police have announced two more arrests in the shooting death of an 18-year-old man in Kenosha early Friday.

Brenda Guillien, a former Racine Police officer for 14 years, is all smiles for a ride along with Kenosha Police Department officer Kate Schaper on Saturday.