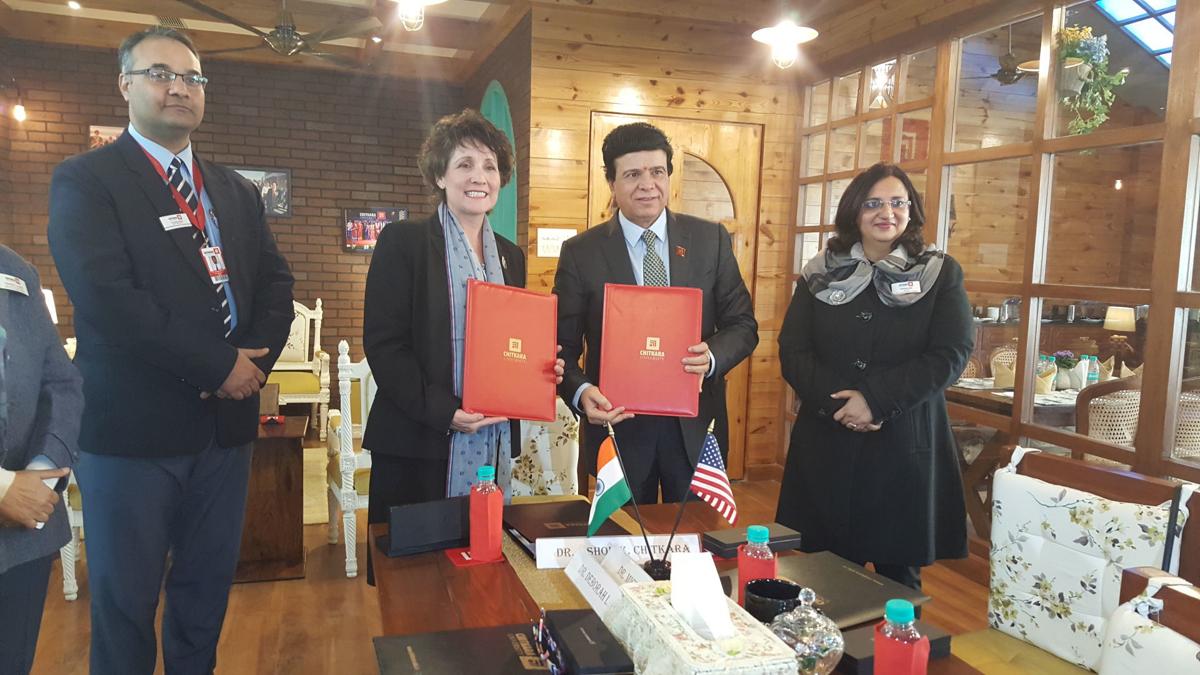 University of Wisconsin-Parkside Chancellor Debbie Ford, second from left, in Chandigarh, India where she signed an articulation agreement with Chitkara University during her trip last month. 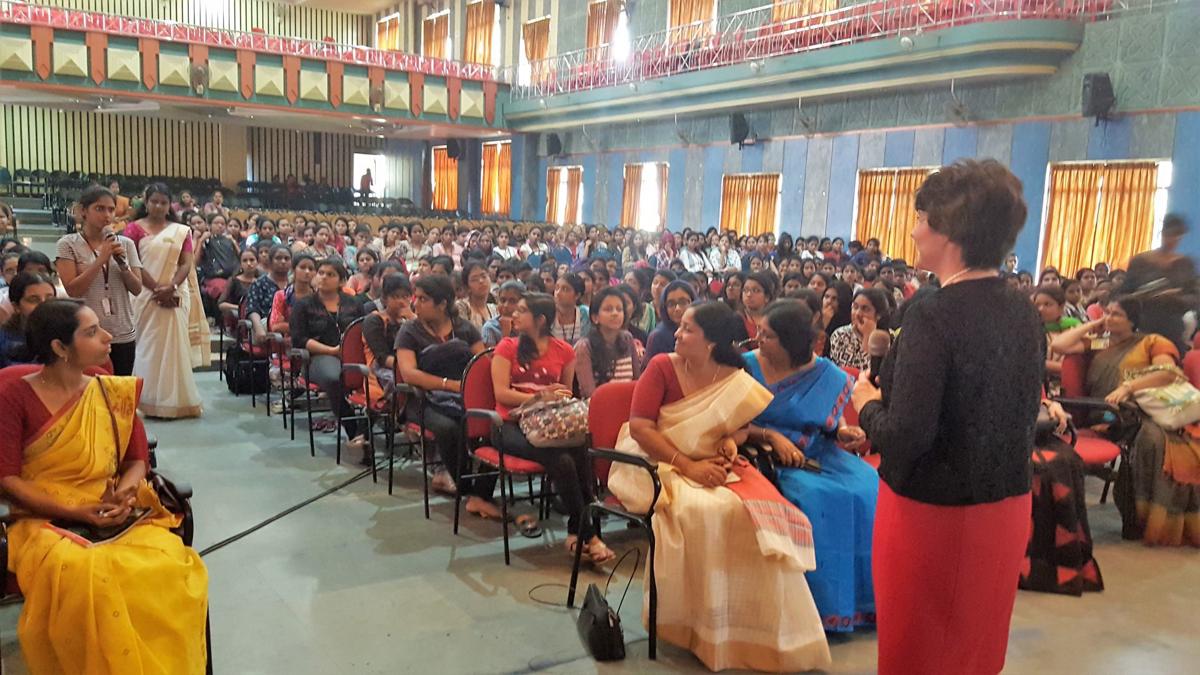 University of Wisconsin-Parkside Chancellor Debbie Ford answers questions of students at the all-women's St. Teresa's College in Kerala during her trip to India last month. 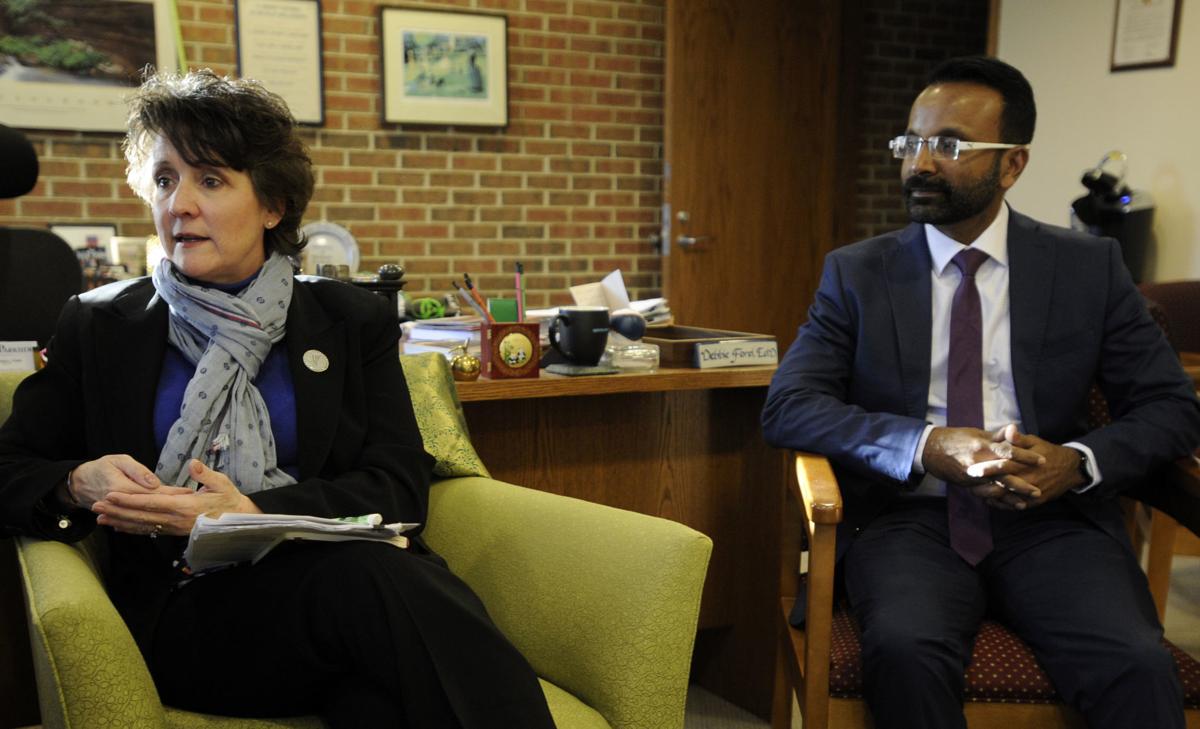 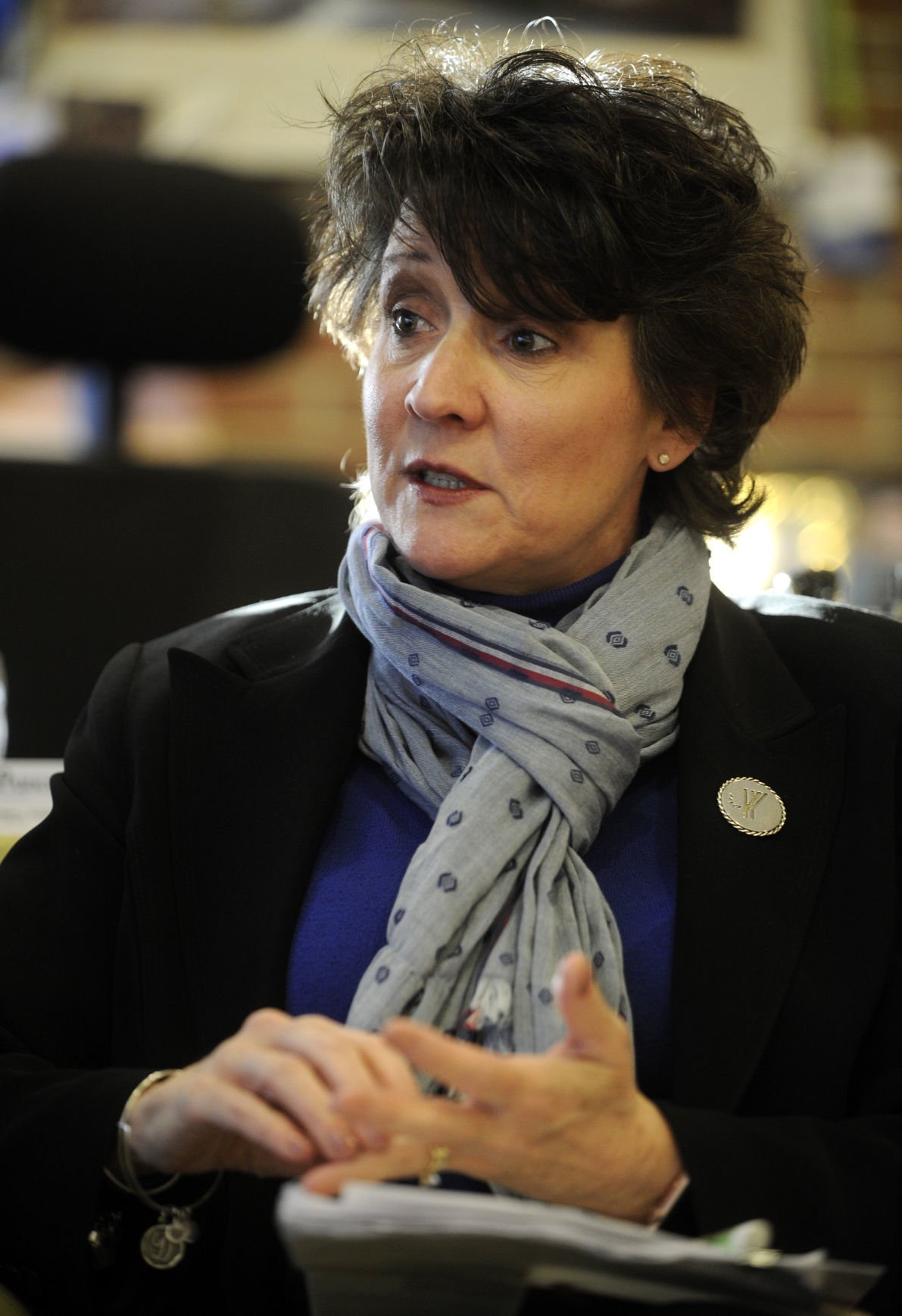 UW-Parkside Chancellor Debbie Ford talks Thursday about her recent trip to India at her office. 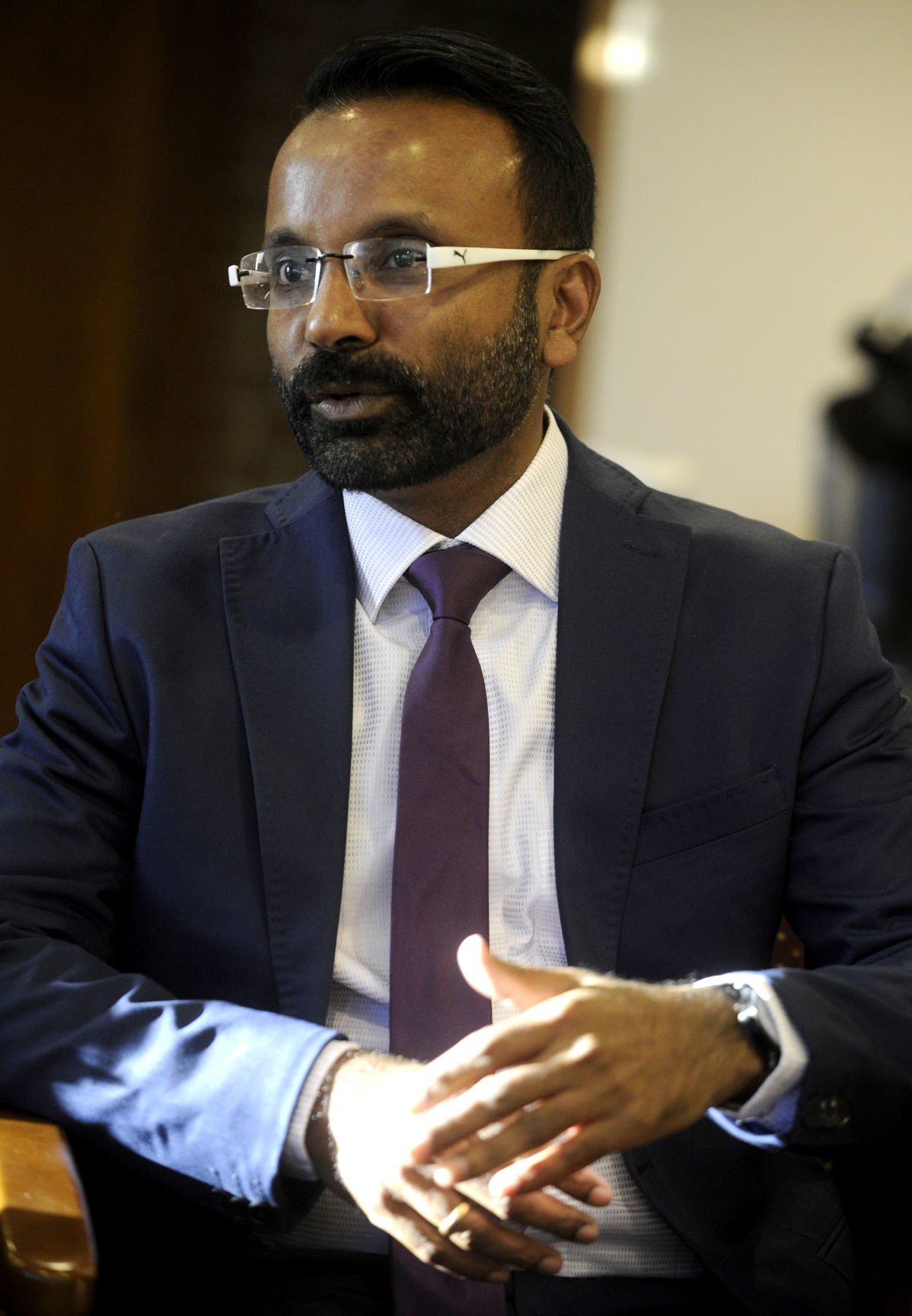 SOMERS — University of Wisconsin-Parkside Chancellor Debbie Ford recently returned from India, where she forged new partnerships with universities, colleges and high schools in several cities and was the keynote speaker at two major international conferences.

“We covered a lot of ground and it was an absolutely wonderful experience,” she told the Kenosha News on Thursday.

Ford led a delegation from the university to seven cities in two weeks, where she signed five new agreements for study and professional educational exchange. Her visit culminated in partnerships in a new scholarship opportunity for prospective students from India wanting to study at Parkside.

Some of the major stops included colleges in Pune, Mumbai and Delhi, along with other cities in the states of Punjab and Kerala.

Abey Kuruvilla, Parkside executive director of international affairs and a business professor, coordinated the trip. Associate Dean of the College of Business, Economics and Computing Michelle Gee and professor Parag Dhumal were among the notable faculty members who joined a few Parkside students in Ford’s delegation during different legs of the trip.

“Some of the agreements will provide for opportunities for the students at institutions of higher learning in India to be able to have students come here,” Ford said. “They can study at the undergraduate level. Many students are those who have graduated from their institutions and they will pursue graduate study here in our MBA program or masters in computer science or sport management.”

Parkside is partnering with TKM College of Engineering in Kerala, where Kuruvilla graduated and where a large number of alumni investors reside in the United States, he said.

The latter conference featured 86 papers from multiple universities from 14 countries and was organized in partnership with Mahatma Gandhi University, the St. Petersburg State Economic University in Russia and Ostfalia University in Germany.

“I had the opportunity to speak about our role in higher education and how we are really addressing and responding to ‘major disrupters,’” Ford said. Among those are global changes in demographics, population growth, aging, multigenerational workforces and the ever increasing pace of technology.

Institutions of higher learning have an obligation to prepare graduates to “lead, grow and contribute to a global economy,” she said.

“We understand that our graduates need to be ready to contribute ... that’s why our opportunities to attract students and faculty from around the world is critically important,” she said. “And it’s through the exchange programs like the ones we have in India that allow us to do that.”

Ford said one of the things she learned while in India was that education is valued at many levels, including the partnerships with educational institutions around the world which promote “global classrooms.”

“So the opportunity to study, particularly in the United States, is something that folks really desire and they appreciate having partners,” she said.

Her trip also included a visit to St. Teresa’s College, an all-women’s college, in Kerala.

“It was one of the highlights of my experience towards the end of the trip,” said Ford, who found both a “passionate and personal” connection with the women there. About 300-400 women ages 18-23 at various levels of studies attended the event.

She spoke with them about how excited she was to be a female leader in higher education and to empower them to think about their roles in education. Ford talked to them about the importance of having the support of a mentor and about her service on the board of the local Girl Scouts, listing the positive qualities of the “GIRL” in Girl Scouts, namely “go-getter,” “innovator,” “risk-taker” and “leader.”

University of Wisconsin-Parkside Chancellor Debbie Ford, second from left, in Chandigarh, India where she signed an articulation agreement with Chitkara University during her trip last month.

University of Wisconsin-Parkside Chancellor Debbie Ford answers questions of students at the all-women's St. Teresa's College in Kerala during her trip to India last month.

UW-Parkside Chancellor Debbie Ford talks Thursday about her recent trip to India at her office.