MADISON — The Village of Somers received approval Friday for a $5.65 million water supply pipeline and pumping station project that the state Public Service Commission halted last month after it learned that construction had begun without its authorization.

The PSC issued the village a cease-and-desist letter on June 7, about a week after a project consultant informed PSC staff that construction on the “Water Mains West of the Divide” project had not only begun but was about 25 percent completed. The percentage of the water mains portion of the project was later revised to approximately 40 percent complete.

A construction application had been filed with the PSC in January but it was still under consideration in late May.

The PSC has initiated an investigation into the unauthorized construction of the water supply pipeline portion of the project but considers that to be a separate matter from the decision to approve the project.

The village informed the PSC that it began construction of the pipeline portion of the project based on recommendation of a project consultant and the threat of material shortages.

Village Administrator Jason Peters said that he was confident that the PSC would authorize the project.

“We submitted these items a while back and worked closely with the PSC and some state reps. We’re glad to get this behind us,” he said Friday.

Construction can resume, subject to conditions, while the investigation is ongoing, according to Matthew Sweeney, a PSC spokesman.

According to Friday’s PSC order:

The project would built 4.9 miles of water pipeline that would bring treated water from the Kenosha Water Utility to initially serve two travel plazas along the I-94 corridor and the Pritzker Military Archives and Memorial Park. The three customers have a combined projected maximum daily demand of 100,000 gallons.

A booster pump station would lift the water over the subcontinental divide.

The “Mains West of the Divide” project is part of a larger program that includes infrastructure that returns wastewater from the village to Kenosha’s wastewater treatment plant.

Demand for water in the village west of the subcontinental divide by 2050 is projected at 2.9 million gallons per day, based on SEWPRC land use estimates.

The village didn’t consider using groundwater wells as it had previously agreed to make Kenosha its exclusive wholesale water source, and the declining water levels in experienced in area shallow and deep aquifer wells.

The PSC could approve the project not only because of the demonstrated need for more water, but that it’s “unlikely to have significant impact on the human environment,” according to the Environmental Assessment issued last month.

The village still needs to receive approval to divert 2.9 million gallons a day of water from Lake Michigan and all necessary permits and approvals before resuming construction of the pipeline, according to the PSC order

Construction of the pumping station has not begun.

This story has been updated since publication to acknowledge state Sen. Van Wanggaard's assistance in securing approval. 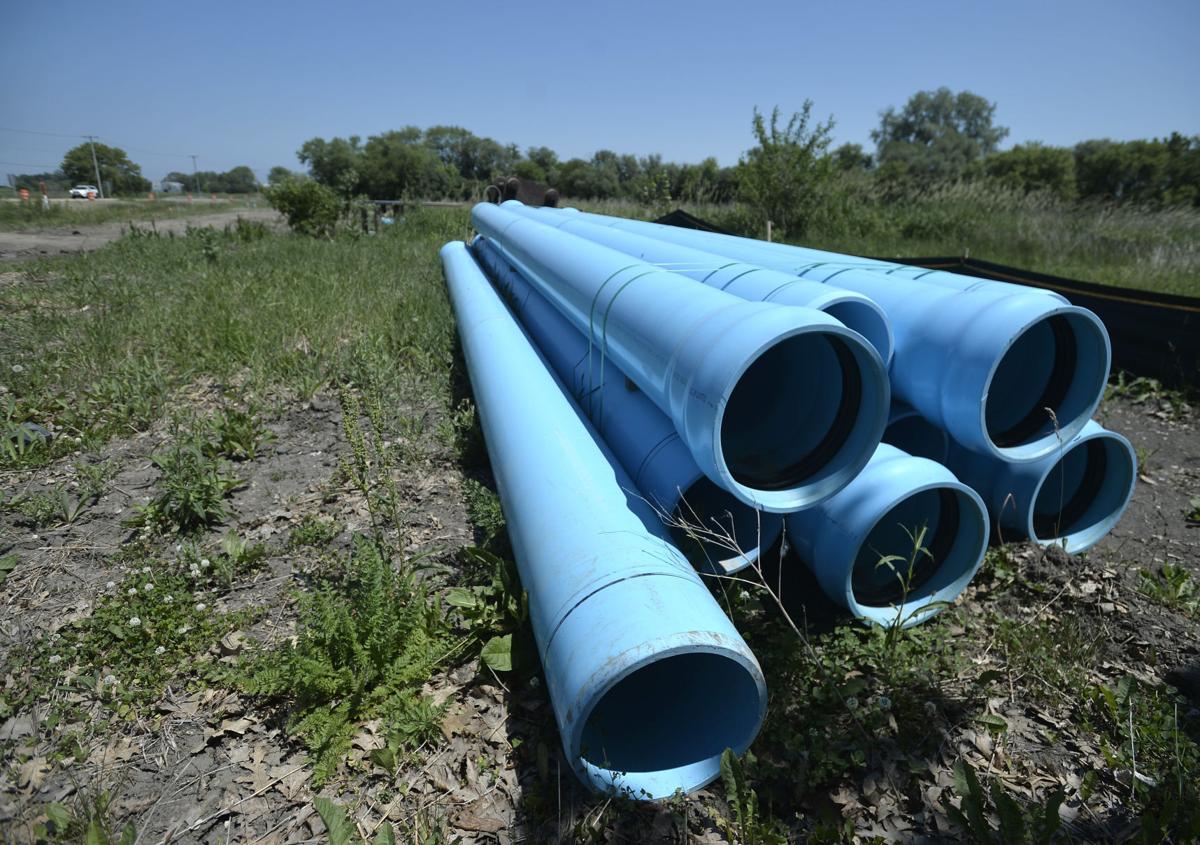 Water main pipes sit along the side of Highway E, just east of I-94, in Somers. Water main installation, underway to serve the Pritzker Military Archives and businesses and future development in the southwest corner of the village, came to a halt on June 7 after state regulators said they were investigating whether proper paperwork for the project had been completed. The Public Service Commission on Friday gave the go-ahead fore the work.