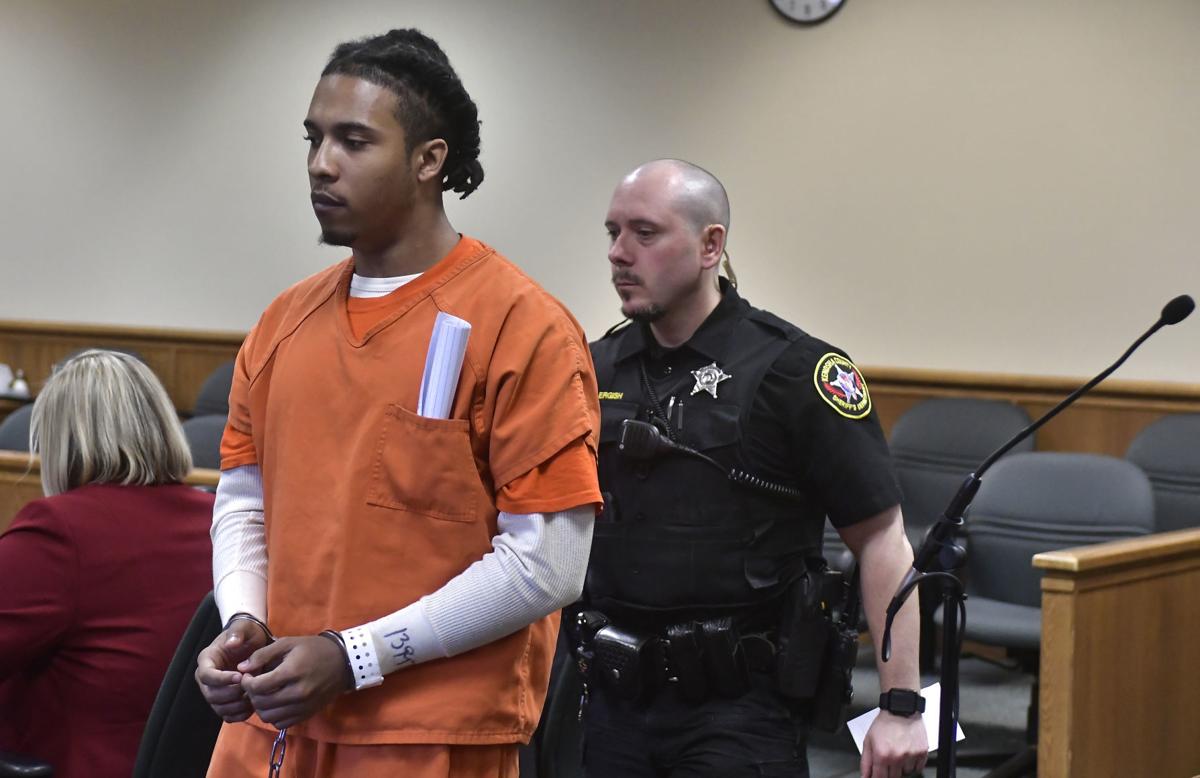 Markeith Wilson appears in court for his sentencing hearing on Tuesday. He was given life in prison without possibility for parole for his role in a Wheatland home invasion during which a man was shot and killed.

Markeith Wilson appears in court for his sentencing hearing on Tuesday.

The first of four co-defendants sentenced in the home invasion shooting death of Wheatland resident Joseph Riley will spend the rest of his life in prison.

Markeith Wilson, 21, of Racine, was sentenced Tuesday to life in prison without the possibility of parole for Riley’s death.

In what is essentially a symbolic decision by the judge, Wilson was also sentenced to a consecutive 20 years in prison for the attempted homicide of a woman who was shot in the home invasion but survived.

According to testimony at trial, Wilson went with his co-defendants to Riley’s home on Nov. 15, 2018, to rob him because they believed he was a marijuana dealer who would be an easy target.

They had also tried to rob Riley the day before the shooting but had not been able to get into the house.

Wilson was the first to get into Riley’s home after kicking in the door.

Riley, who was armed, shot Wilson and another of the co-defendants.

Wilson was also armed but did not fire his weapon — there was testimony at trial that the gun he was carrying did not have a bullet in the chamber.

Riley’s family asked that Wilson be sentenced to life in prison without a chance for parole.

“I wish it was the death penalty. The problem is the family should be able to take it out on you, what you did,” Riley’s father Clayton Ohlrich told Wilson at the sentencing hearing.

Defense attorney Brian Dimmer asked that Wilson be given the opportunity for parole, arguing in part that Wilson had not fired his weapon, had not gone to Riley’s home with the intention to kill him, and that he had cooperated with police.

He also argued that Wilson had no history of violence and that he had had a troubled early childhood.

Wilson apologized to Riley’s family and to his grandparents, who became his guardians when he was a child.

IN PHOTOS: Weekend storm damage along the lakefront (Jan. 11-12)

Here are the crime stories published online and in the print product of the Kenosha News between Feb. 24 and Feb. 27, 2020.

Markeith Wilson appears in court for his sentencing hearing on Tuesday. He was given life in prison without possibility for parole for his role in a Wheatland home invasion during which a man was shot and killed.

Markeith Wilson appears in court for his sentencing hearing on Tuesday.