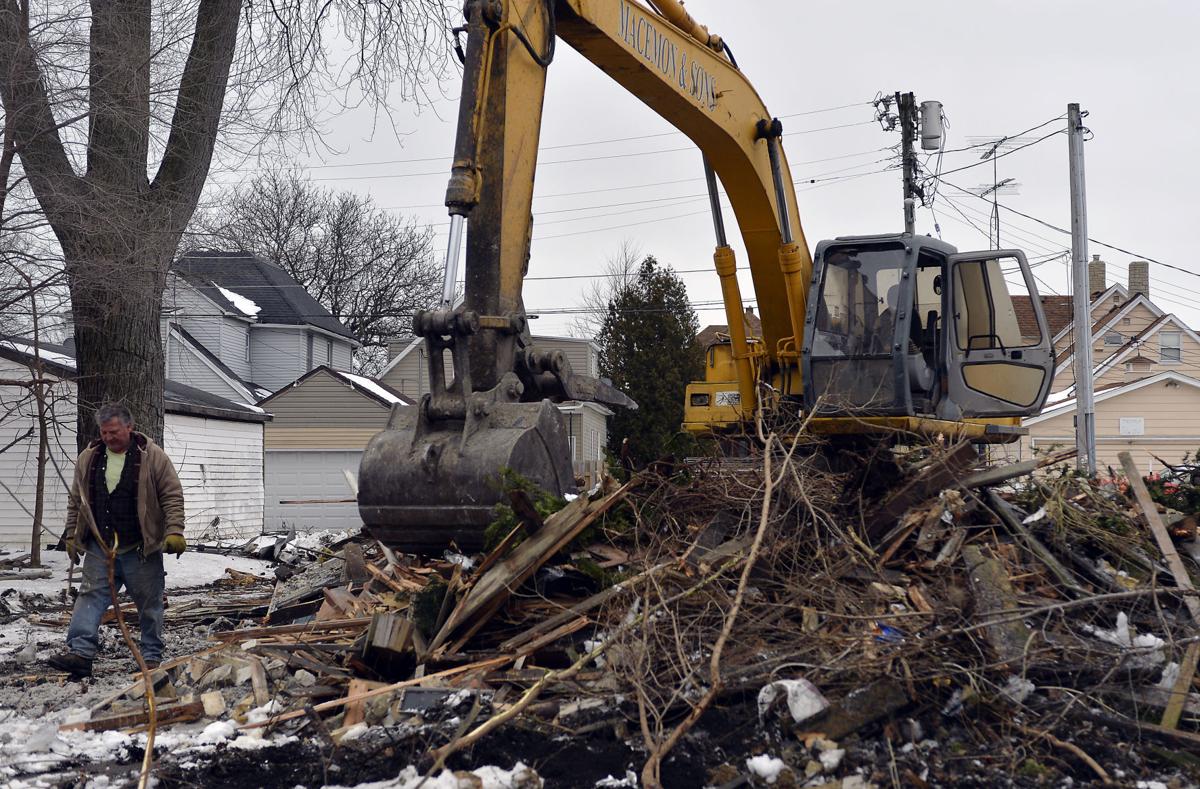 Jeff Macemon of Macemon and Sons Inc. works on demolishing a house at 2107 61st St. in Kenosha’s Uptown neighborhood. The city is razing a number of nuisance properties in the area as part of a redevelopment plan. 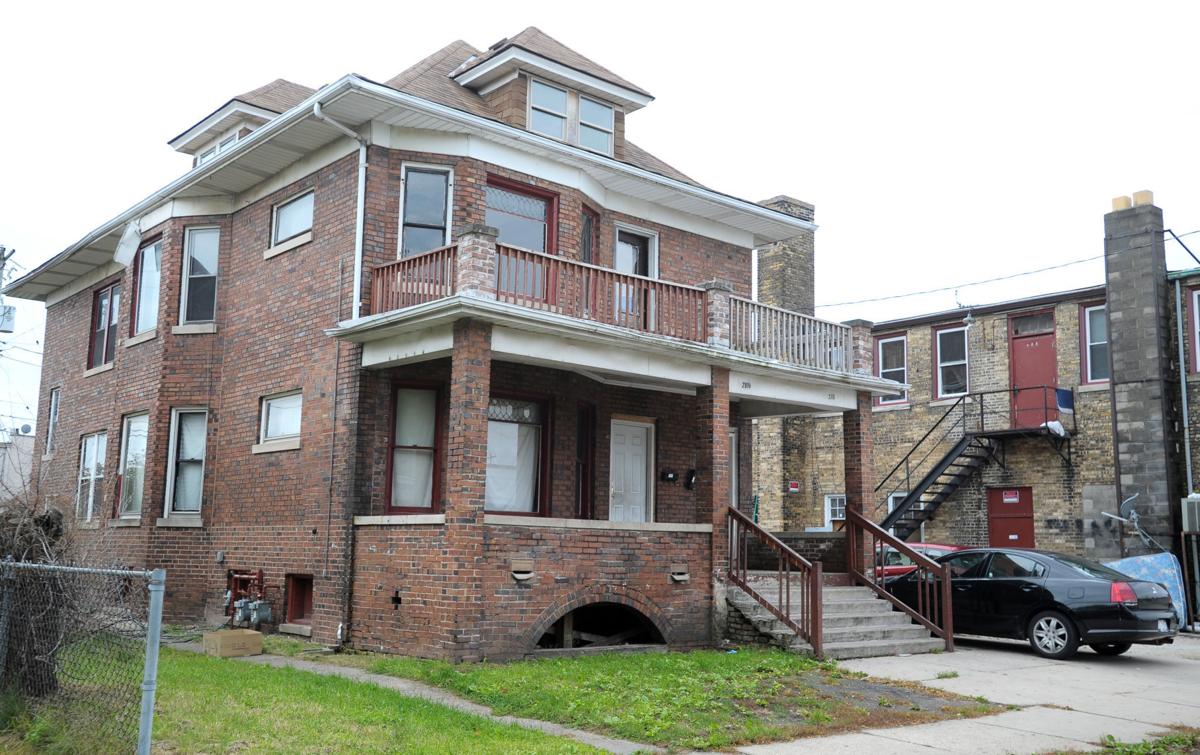 A home at 2109 62nd St. is to be acquired by the city as part of an Uptown redevelopment plan.

The Uptown neighborhood is getting an early spring cleaning.

The city’s Redevelopment Authority has identified more than a dozen residential properties as a nuisance or foreclosure risk in the area east of 22nd Avenue and south of 60th Street.

Five of the properties have been acquired by the city and have been or will be razed, according to Zohrab Khaligian, a city redevelopment specialist for Kenosha Community Development and Inspections.

Uptown is one of several older neighborhoods targeted for major redevelopment under a plan created by Mayor John Antaramian.

In January, Antaramian hired former Kenosha Police chief John Morrissey to head the city’s newly created Department of City Inspections. During his eight years as chief, Morrissey made it a priority to clean up city neighborhoods.

“I went to (city) inspection and the police department and asked them to identify the (Uptown) properties that have given them the most grief,” Khaligian said. “They gave us their list.”

Four other Uptown properties were sold to private ownership.

The residential cleanup falls in line with the Uptown Neighborhood Streetscape Design Project, planned along the 22nd Avenue corridor between 60th Street and 64th Street.

The revitalization is intended to fuel what Antaramian describes as the beginning of a “renaissance” of Kenosha’s older neighborhoods. It follows a decadelong initiative to raze nuisance properties in the Wilson Heights neighborhood.

The city has acquired and razed 23 of the 60 apartment buildings. The goal is to level all of them.

“About half of the remaining units are owned by two or three landlords, and the other half are individually owned,” Khaligian said. “We reached out to the 12 that are individually owned. Two of them said they might be interested in selling, but they were asking more than the Redevelopment Authority was willing to pay.”

Last week, the city presented a development agreement with Habitat for Humanity to build single-family homes on four vacant lots in the 4700 block of 35th and 36th avenues. Construction is expected to begin in 2021.

The city continues its search for a builder to develop a parcel located just north of 50th Street on 37th Avenue and 38th Avenue.

The parcel, divisible into six 65-foot-by-129½-foot lots, was the location of a former church used as an outreach center by the Boys & Girls Club of Kenosha. It was acquired and razed by the city when the club relocated to its new facility at 1330 52nd St. in 2011.

“These projects have made a significant difference,” Khaligian said. “Instead of a neighborhood being 100 percent renters, the goal is to get it closer to (half) owner-to-renter.

“Homeowners are going to look at the long term. They watch their (home) values increase. They become a little more aggressive in calling police or for garbage pickup.

“The absentee landlords see the city’s investment in the neighborhood. They figure they can get higher rent and make improvements to their buildings.”

City officials have spent the past year speaking about plans for reshaping and revitalizing the downtown area. Here are a collection of storie…

Jeff Macemon of Macemon and Sons Inc. works on demolishing a house at 2107 61st St. in Kenosha’s Uptown neighborhood. The city is razing a number of nuisance properties in the area as part of a redevelopment plan.

A home at 2109 62nd St. is to be acquired by the city as part of an Uptown redevelopment plan.