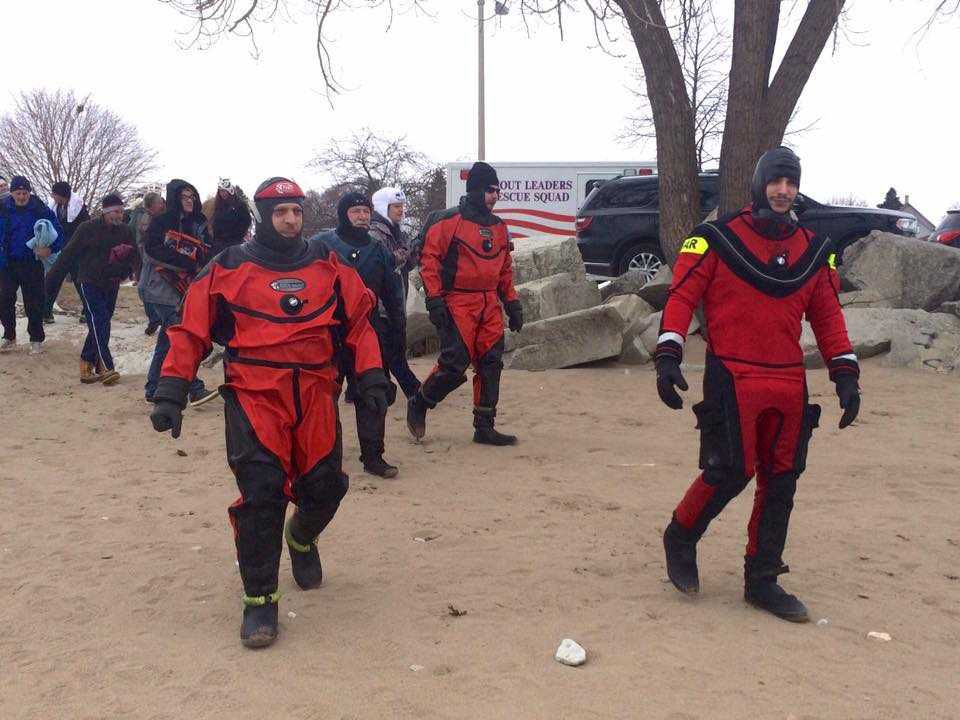 Brian Vaccaro, in dive suit at left, has volunteered for years with the Scout Leaders Rescue Squad and serves with the Kenosha County Underwater Rescue and Recovery Association. 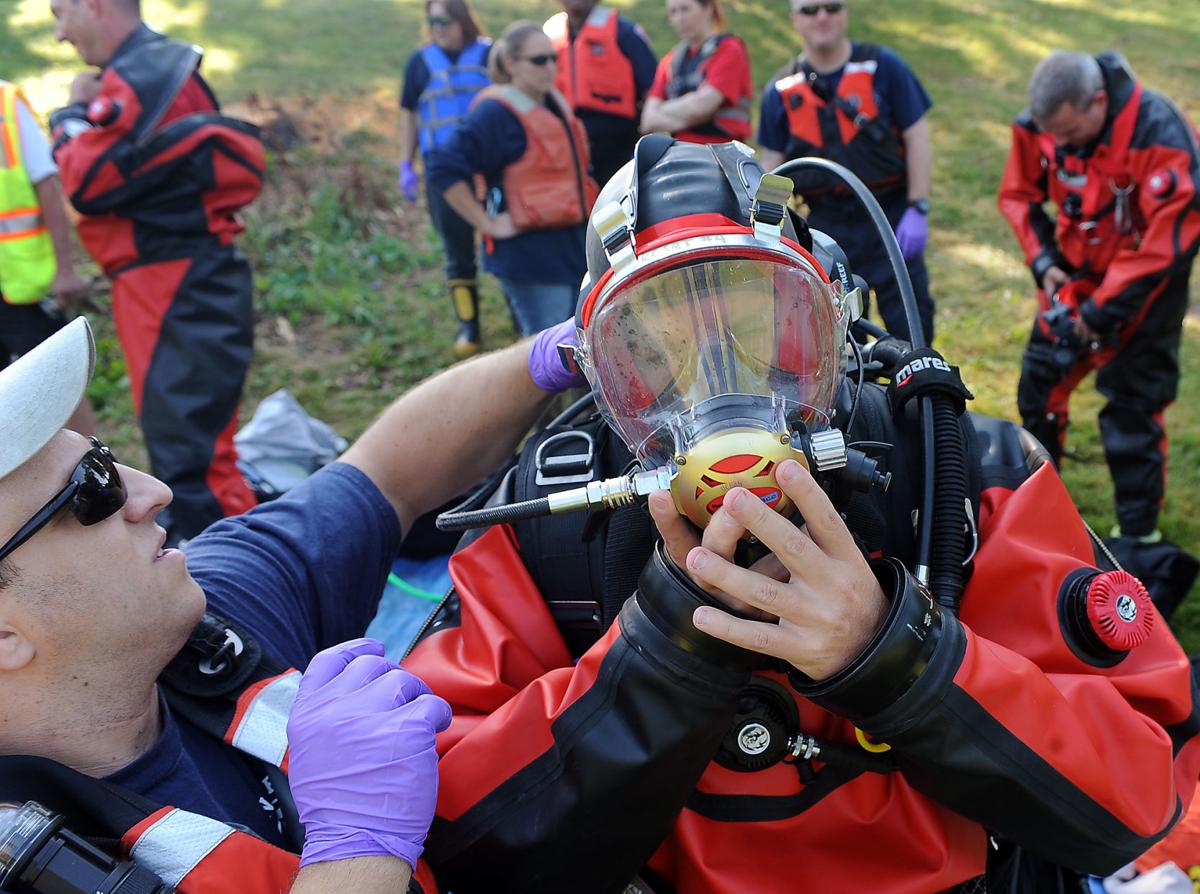 In this photo from 2013, Mark Lewno suits up with help from Brian Vaccaro as the Scout Leaders Rescue Squad dive team volunteered its time to wade into the Lincoln Park lagoon to remove trash. 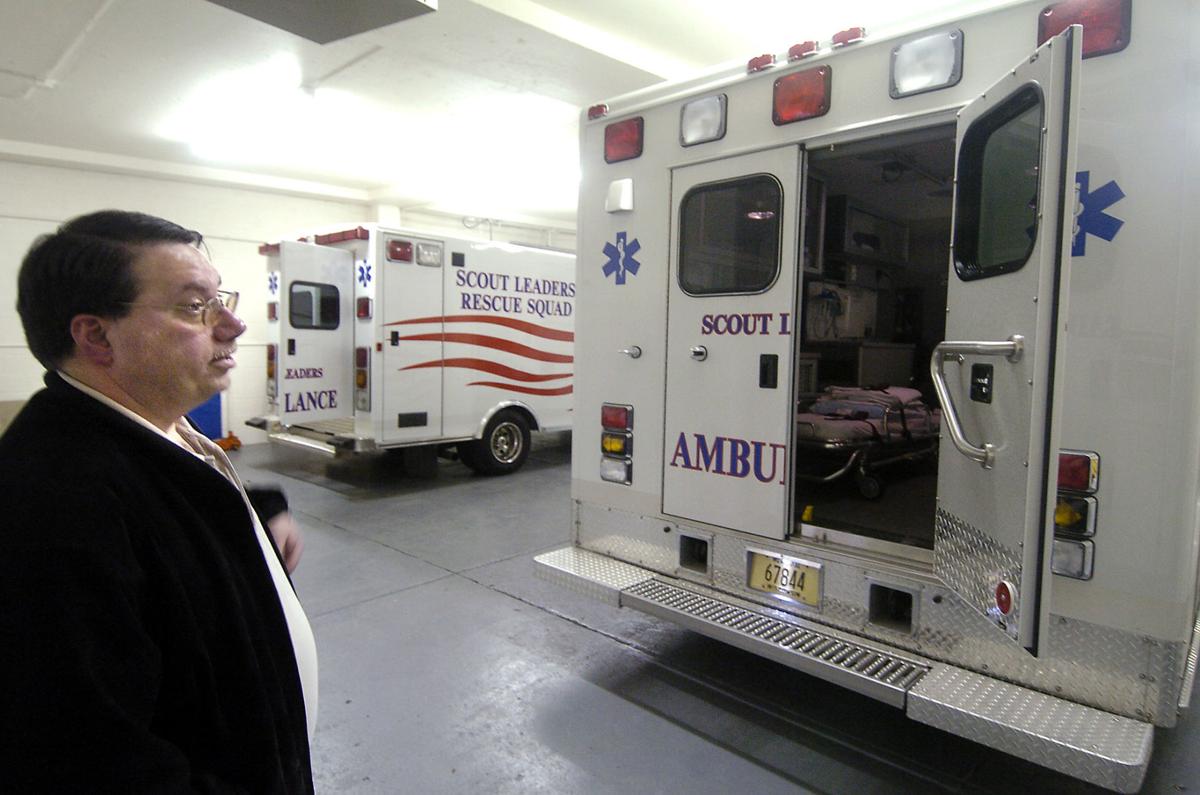 In this photo from 2006, Scout Leaders Rescue Squad Chief Bruce Metallo looks over the organization’s ambulances.

A local organization offering volunteer medical and rescue service for nearly 80 years is in financial trouble.

Kenosha County Scout Leaders Rescue Squad, a nonprofit group created in the late 1930s, is operating at a deficit due to the rising costs of equipment, maintenance and insurance, according to the organization’s assistant chief Mark Lewno.

There are about 15 members comprising two divisions: Emergency Medical Technicians and Underwater Search and Rescue.

Scout Leaders offer contractual emergency management for a variety of events at a cost of $85 per hour and provide backup emergency medical support and mutual aid to Kenosha and surrounding counties. The group is often one of the first to arrive for local water emergencies.

“I don’t have a timeline, but without additional dollars it’s going to be very difficult being a service,” Lewno said. “That would be very unfortunate. It would be a lot of service that wouldn’t be in the community anymore.”

The Scout Leaders organization is paid to offer emergency medical service at numerous local events such as athletics, graduations and festivals. However, the group’s members are unpaid volunteers.

Kenosha’s Brian Vaccaro is captain of the Scout Leaders’ dive team. He has volunteered for the past 27 years and has helped keep the organization afloat through numerous fundraising efforts.

“Scout Leaders Rescue dive team has been an integral part of water rescues on our lakefront and within our county for decades,” Vaccaro said. “I would hate to see what kind of void it would leave if Kenosha was to lose the commitment, dedication and training from our volunteer members.”

The organization went through a similar crisis in 2009. At that time, the community stepped up with donations to keep the group solvent.

According to an article appearing in the March 2, 1947, edition of the Milwaukee Journal, Scout Leaders was created by Kenosha Boy Scouts Council executive Howard Gatley after a tragic 1930 train accident in Kenosha.

Trained in first aid, Gatley was one of the many people who offered medical assistance at the scene of the accident.

The crash killed 14 and injured 100. The crash involved a car striking a passenger train, causing a collision with an oncoming freight train, on the North Shore electric lines.

Scout Leaders eventually changed ownership from the Boys Scouts of America and the Red Cross to an independent nonprofit service provider.

Scout Leaders hold a concert fundraiser each spring. This year’s concert will be held at a time and location yet to be determined, according to Lewno.

The organization recently launched a Gofundme.com page. Those interested in donating can visit the site and search “Kenosha County Scout Leaders Rescue.”

Gov. Tony Evers has appointed Larisa Benitez-Morgan as Kenosha County Circuit Court judge, filling the vacancy that will be left by the retiri…

Brian Vaccaro, in dive suit at left, has volunteered for years with the Scout Leaders Rescue Squad and serves with the Kenosha County Underwater Rescue and Recovery Association.

In this photo from 2013, Mark Lewno suits up with help from Brian Vaccaro as the Scout Leaders Rescue Squad dive team volunteered its time to wade into the Lincoln Park lagoon to remove trash.

In this photo from 2006, Scout Leaders Rescue Squad Chief Bruce Metallo looks over the organization’s ambulances.