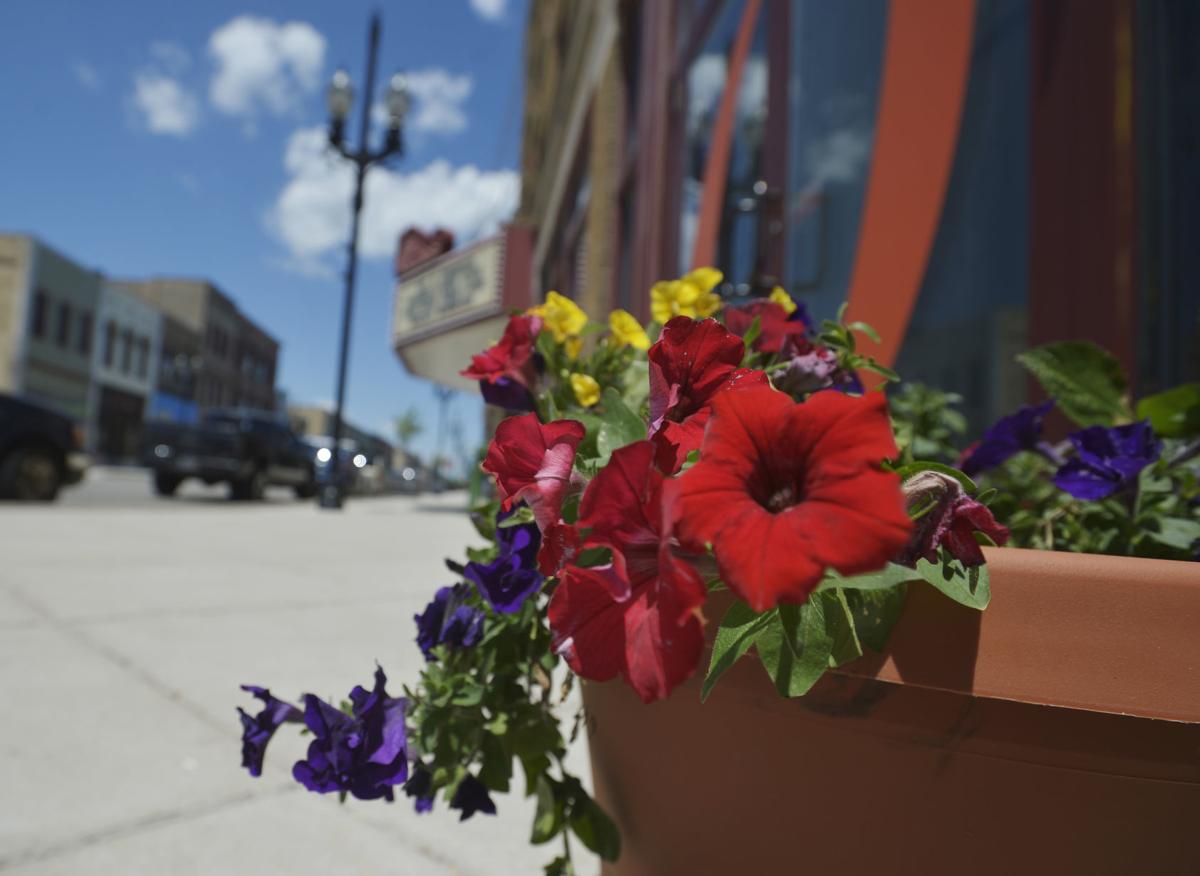 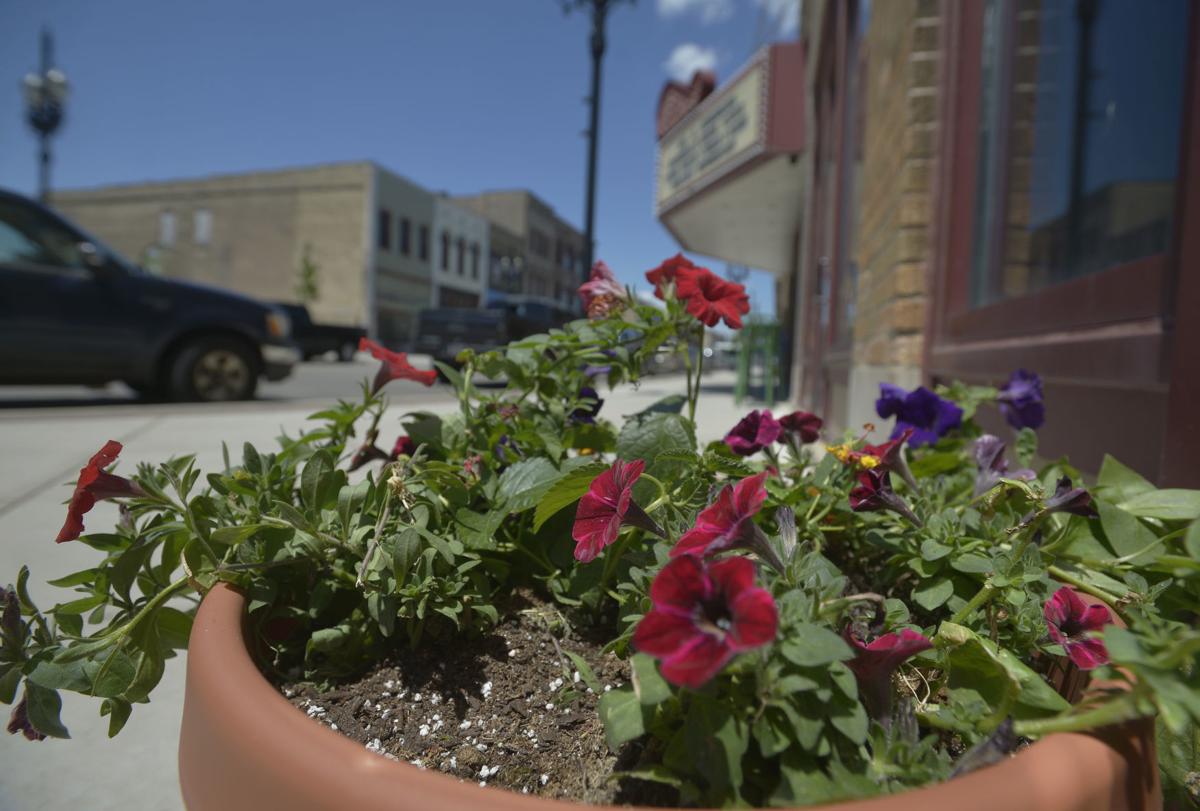 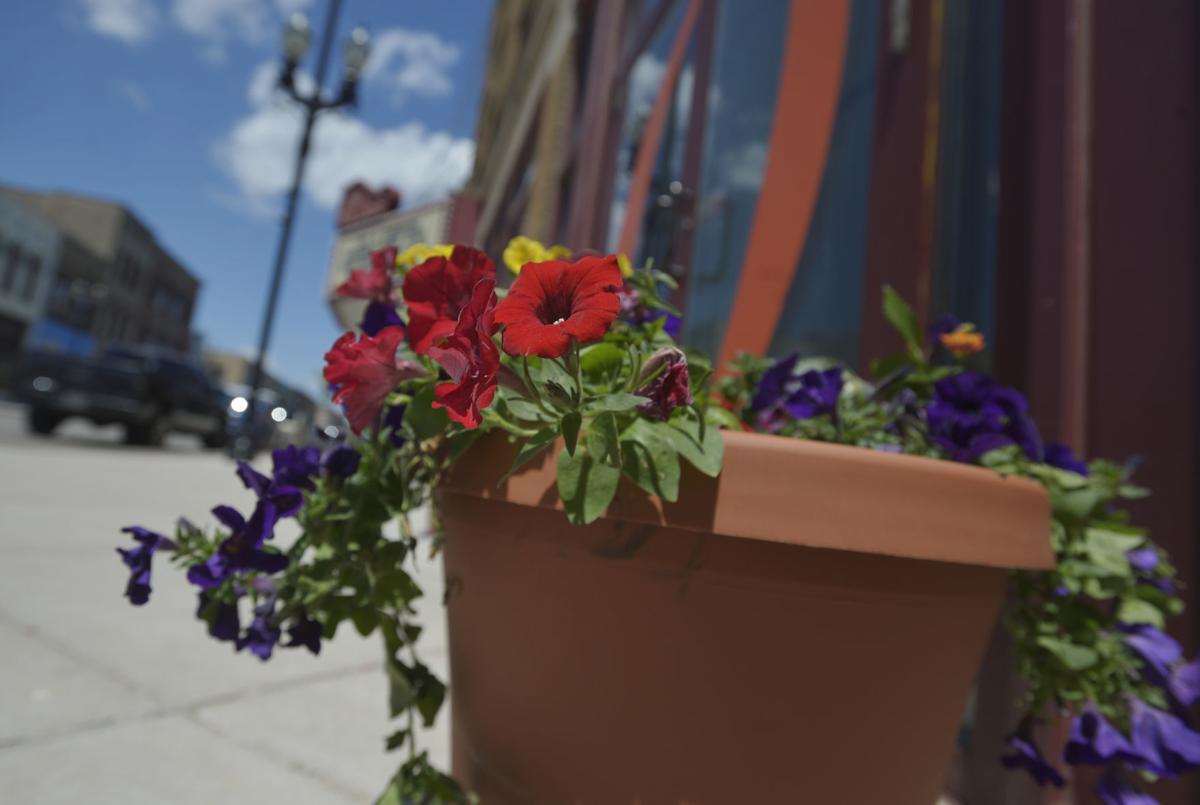 One of the questions I hear most frequently about “This Summer We All Discovered Social Distancing” is, “What happened to the downtown flower baskets?”

But like so much of our lives, COVID-19 — and the resulting shutdown of most local businesses and other venues — has impacted the basket program.

“This year, with everything that happened with COVID-19, we had to think about our budgets and funding,” said Alexandria Binanti Robinson, executive director of Downtown Kenosha Inc.

The project — funded by the Lakeshore Business Improvement District — costs about $30,000 to pay for and maintain some 60 flower baskets and 20 barrels throughout downtown, Robinson said.

“Most of the flowers money,” she said, “was folded into the Small Business Recovery fund. We talked about scrapping the project — we can’t afford the baskets and the recovery grant program — but we didn’t want to have no flowers downtown.”

A compromise was reached.

Maria Caravati, the owner of downtown’s Equinox and a BID board member, worked with Robinson to come up with a scaled-down downtown flowers display this summer.

“She’s a big advocate of salvaging the flowers project,” Robinson said of Caravati.

That’s no surprise; her business is a botanical boutique featuring an array of indoor plants, along with products for indoor gardening.

The flowers were purchased as usual from Burr Oaks in Somers, but instead of creating the baskets, volunteers worked together on June 1 to plant the flowers into planters.

“We bought planters, fertilizer and soil, and Maria got a group together to fill 60 planters,” Robinson said. “We also gave some plants to St. Matthew’s Episcopal Church for their downtown garden.”

The biggest expense for the flower baskets, Robinson said, is the season-long watering and fertilizing. Those duties will be taken over by volunteers and the local businesses that are displaying the planters. Also, the Four Seasons Garden Club donated money for the pots; Caravati donated some flowers; and MT Services, a Twin Lakes lawn care company, donated fertilizer.

Flowers have been blooming on Kenosha’s downtown streets since the late 1980s, but there’s never been a summer like this one, happening during a global pandemic that forced so many businesses to shut their doors, at least temporarily.

Robinson sees the colorful plants as a sign of better days to come.

“Getting volunteers to do this project is such a hopeful statement to our businesses,” Robinson said.

The summer season, she said, “is picking up. We’ve had a great response to our small businesses that are opening back up. There’s still a lot to recover from, but we’ve had a lot of community support.”

The next round of grants to downtown businesses, she said, “will be geared toward tech grants. We’ll work to keep brick and mortar alive but also help businesses pivot to online ventures.”

Kenosha, she added, “is a really optimistic community, and we’re resilient. I think the rebound will be faster here than in other areas.”

Though it will be a quieter summer, with events like the Downtown Kenosha Pop-Up Beer Garden canceled, Robinson looks forward “to looking back and laughing about this stressful time next summer. We’re adapting every day and moving forward.”

What will you miss this summer, during the coronavirus shutdown? Email Liz at esnyder@kenoshanews.com or call her at 262-656-6271.

What will you miss this summer, during the coronavirus shutdown? Email Liz at esnyder@kenoshanews.com or call her at 262-656-6271.

100 mph winds are "likely" today, according to the National Weather Service. Tornadoes are possible, as is hail.

Will Gov. Evers order schools to close statewide in fall? At least one Republican fears he will

MADISON — When a GOP-led lawsuit struck down Safer at Home, Wisconsin Republican leadership said they mainly protested the statewide approach …

Tinseltown plans to reopen on Friday

Cinemark Holdings, Inc. will be reopening a select number of its theaters across the U.S. on Friday, including its Cinemark Tinseltown USA loc…

When I leave the house now, I wear this stylish mask, made by my friend Muriel Cunningham. Thanks, Muriel!