Virus briefing: These 9 charts track COVID-19's resurging spread in our state and nation 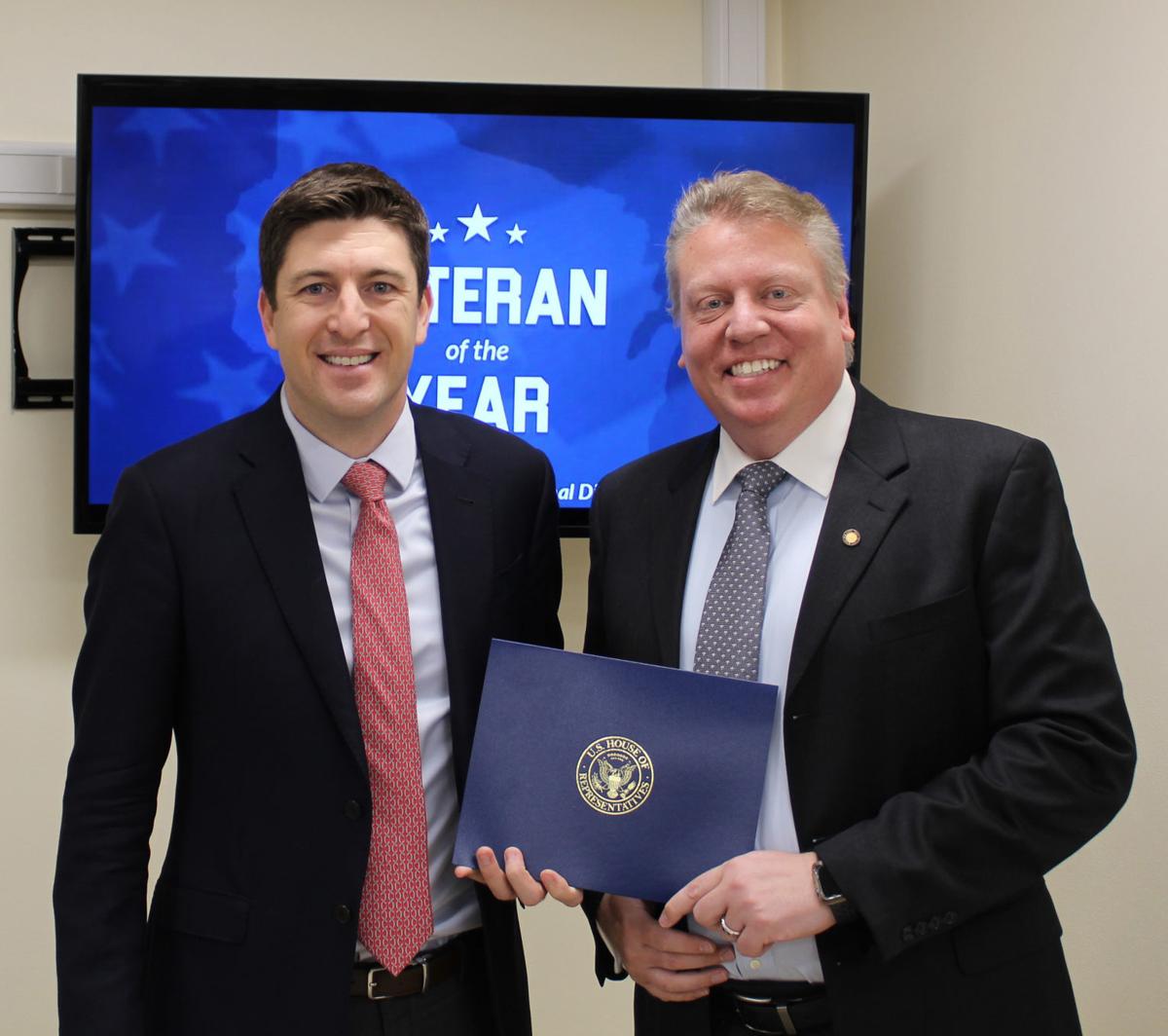 U.S. Rep. Bryan Steil, R-Wis., honors Brad Behling of Kenosha with the Congressional Recognition of Service award during a ceremony Thursday in Racine. 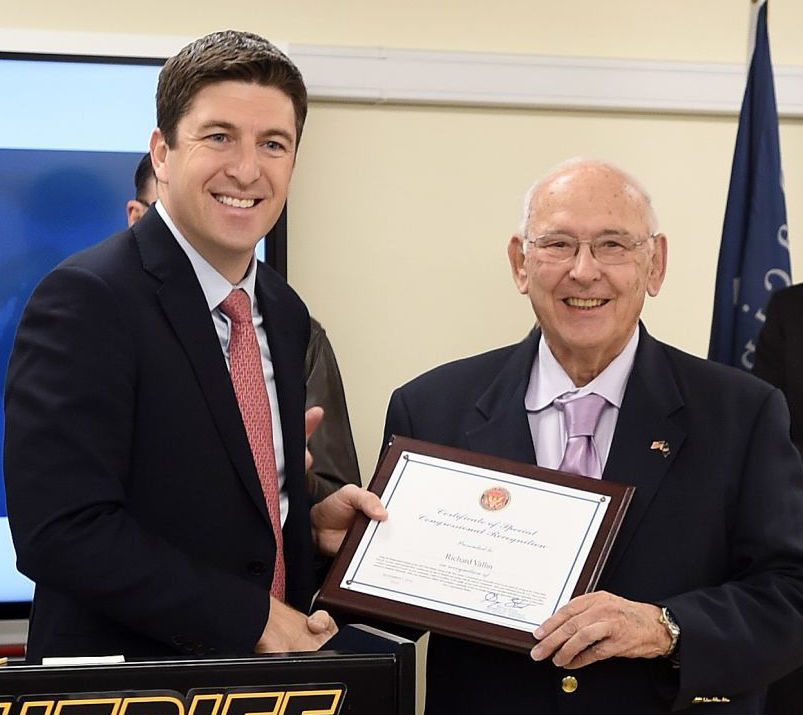 U.S. Rep. Bryan Steil, left, gives the Veteran of the Year award to Richard "Dick" Vallin during a ceremony Thursday in Racine.

A Racine man was named First Congressional District Veteran of the Year Thursday while a Kenosha man received the Congressional Recognition of Service award.

Behling was a nominee for Veteran of the Year.

“Our country owes a debt of gratitude to Brad and all our veterans. Brad continues his commitment to service by helping our veteran community in southeast Wisconsin. Brad’s patriotism and selflessness is evident throughout his 25-year career in the Air Force and his continued work here in Kenosha,” said Steil.

“It means a lot to be recognized for my service in the Air Force and work in southeastern Wisconsin," Behling said. "This award isn’t just about me, but about all of us veterans who support each other every day. I want to thank Rep. Steil, my wife Laura, and my family for honoring me and veterans across the area.

Behling served in the U.S. Air Force for 25 years. He is currently a veterans support services manager at UW-Parkside. In this role, Behling serves as a champion for veteran students and dependents of veterans enrolled at Parkside.

Vallin served in the U.S. Navy for 24 years, beginning in 1960. He completed three combat tours in Vietnam and retired with the rank of commander in 1984.

Vallin previously served as the director of the Racine County Harbor/Marina project, chaired festivals for Racine St. Catherine’s High School, and is the current chairman of the Roma Lodge Veterans Day celebration.

He also served on the Milwaukee County War Memorial Board for two decades and was appointed as the Wisconsin state chairman of the Employer Support of the Guard and Reserve for three years.

“Thank you to everyone who nominated a veteran for this award. There are many who have dedicated their lives to protecting our nation and helping our community," Steil said.

"Dick is a true patriot," Steil said. "After serving 24 years in the Navy, including three combat tours in Vietnam, Dick uses his knowledge to assist our Racine community. I am grateful for Dick’s sacrifice and efforts to support veterans."

“I am honored to be named Southeast Wisconsin’s Veteran of the Year," Vallin said. "Thank you to Rep. Steil for recognizing the service of veterans and being a champion for our veteran community. As a 24-year Navy veteran and someone who works with fellow veterans, it is great to see those who represent us in Congress share this same commitment.

More than 30 veterans were nominated for the award by district residents. The First Congressional District’s Veterans Advisory Board reviewed all nominations and selected the winners based on commitment to service, spirit of excellence and dedication to community and fellow veterans.

U.S. Rep. Bryan Steil, R-Wis., honors Brad Behling of Kenosha with the Congressional Recognition of Service award during a ceremony Thursday in Racine.

U.S. Rep. Bryan Steil, left, gives the Veteran of the Year award to Richard "Dick" Vallin during a ceremony Thursday in Racine.