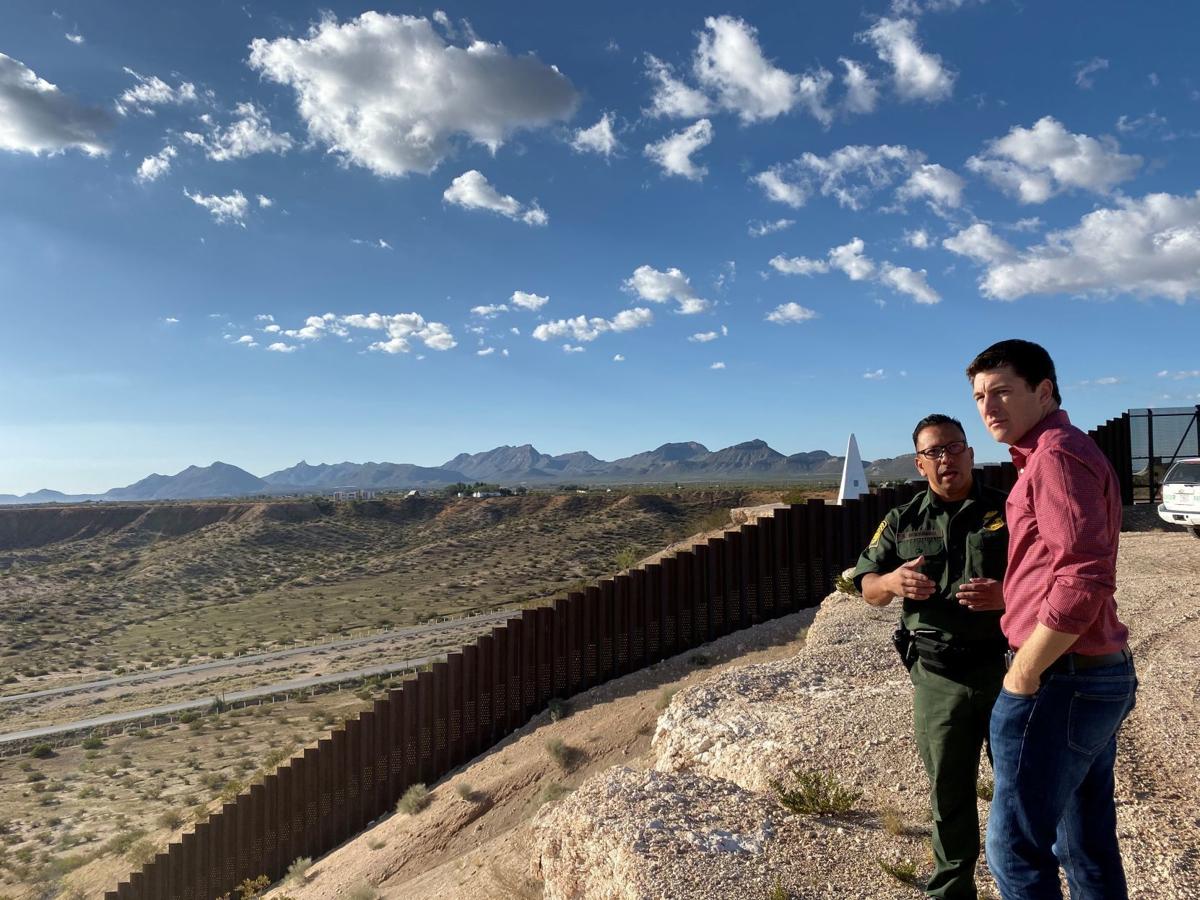 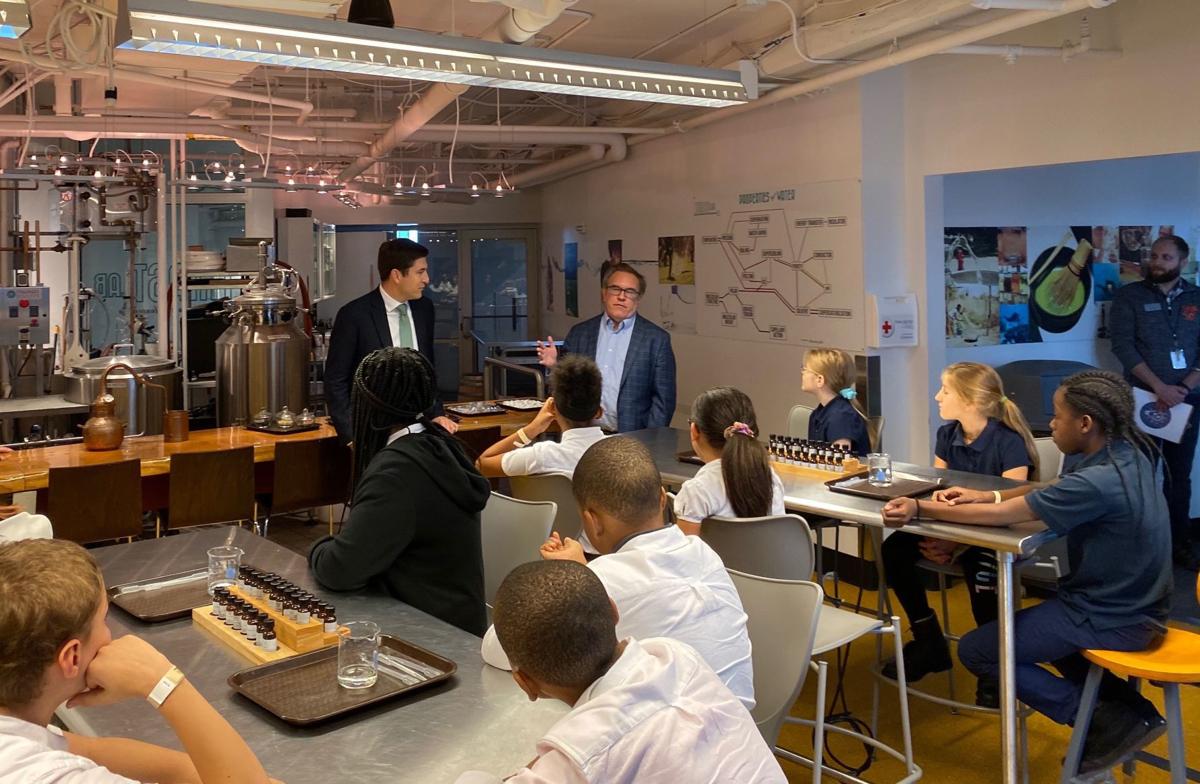 MILWAUKEE — The public is being asked to weigh in on new rules from the Environmental Protection Agency regarding lead and copper in drinking water.

The proposed rules include:

Requiring testing the water at all schools and day care centers, and making that information available to the public.

The EPA will be accepting public comments online for 60 days after publication in the Federal Register. Those interested in commenting can go online to www.regulations.gov and search for Docket ID No. EPA-HQ-OW-2017-0300.

“I would say Wisconsin overall has really up-to-speed water systems that are doing a lot,” Wheeler said. “There’s a lot of great work going on here in Wisconsin.”

Wheeler and Steil also met with students from Renaissance School in Racine.

The EPA has also worked with the Department of Housing and Urban Development to create a website that aggregates the different federal funding options, for both grants and loans, which municipalities can take advantage of.

“What we want to do is make sure those communities that really need to have (pipe lines) upgraded first get access to those programs,” Wheeler said.

“I know there’s concern that we should be upgrading everything all at once; to be honest the funding for that isn’t necessarily there. But the way we’ve developed the new regulation, with the 10-parts-per-billion trigger, is so we can focus on those communities that are most impacted.”

However, Wheeler said there is still a lot of work that needs to be done regarding testing.

Wheeler said the new rules proposal includes testing before and after a lead service line is replaced.

“In talking to the water system (officials) here, they’ve actually had a problem with people, after the line has been replaced, wanting to do the testing, and that data is very important,” Wheeler said. “There’s a lot of public education that needs to occur.”

Steil said to lower the number of children testing positive for high levels of lead it will take cooperation at all levels of government, from the federal level down to the municipality.

“The rates are high in both Racine County and Rock County,” Steil said of children testing positive for lead poisoning. “The rate that we want to get it to is zero. ... We’ve made significant progress over the years, but this is taking a step further.”

Steil recently returned from a trip to El Paso, Texas, and New Mexico to visit the U.S. southern border.

During his trip Steil talked with border patrol agents and visited a detention facility.

“That’s where we saw previously some really tough humanitarian situations where Congress in a nonpartisan way stepped up and provided funding for those individuals,” Steil said. “It was an opportunity to see firsthand the impact of that funding.”

Steil voted in favor of a bill that provided $4.5 billion to prevent human and drug traffickers from entering the country, increase shelter capacity for unaccompanied children and upgrade operations at the border to respond to the influx of migrants crossing the border.

Although he didn’t speak to anyone that was in the detention facility, Steil said the facility was “well-run and well organized.”

“I got a chance to see the food being served,” Steil said. “The El Paso facility that I visited has the exact same food vendor that provides food to the U.S. military.”

“I saw where that directly abutted a wall that was constructed in 2017,” Steil said.

Steil has said he favors a “physical barrier” on the southern border but at the moment does not think it needs to be built along the entire border.

“There are some key sections identified by Homeland Security as to where we need to have a physical barrier in the short term,” Steil said. “From there we can continue to analyze where you go next, but there are some sections that are imperative that we act on to really assist border patrol to do their job.”

To assist the migrant situation on the border, Steil is advocating for increased staffing of border patrol agents.

As of February, according to Steil’s office, the border patrol had 19,443 agents but is authorized to have up to 26,370 agents.

“Currently, border patrol is authorized to have significantly more individuals on staff than they currently do,” Steil said. “They’re below the necessary staffing levels they should have. But the men and women on the front lines are doing solid work.”

Steil said the U.S. should continue to stay engaged with countries in the “northern triangle” — comprised of Guatemala, Honduras and El Salvador — and “work to stabilize those countries, to bring back security for the individuals who live there,” Steil said.

Steil added he is willing to look at all options to help the countries in the northern triangle.

“What is probably most relevant right now is to work with their government and assist them in their attempts to regain security in their countries before I would look at a U.S. military operation,” Steil said. “There is current ongoing U.S. foreign aid to those countries, and I think that’s a key piece of the puzzle.”

Family and friends of a missing Kenosha man are hoping for answers after he disappeared in circumstances that his mother believes indicate foul play.

A Mequon man charged with stalking Thursday is the focus of an investigation into the whereabouts of a missing Kenosha resident.

A 21-year-old Silver Lake woman is being held on $5,000 bond, charged with delivery of methamphetamine.

The longtime manager at Lake Geneva's popular Riviera Beach has resigned in protest because the city is reopening the beach to the public during the coronavirus pandemic.

Snyder: Drive on in for movies and memories

Since this coronavirus shutdown started in March, I’ve had many moments of thinking “oh, what might have been ...”

A Pleasant Prairie man who suffered severe injuries in a Saturday motorcycle crash in the Town of Burlington has died, the Racine County Sheri…

There will be no curbside garbage, recycling, brush, tire, yard waste or bulk collection on Monday, in recognition of the Memorial Day holiday.