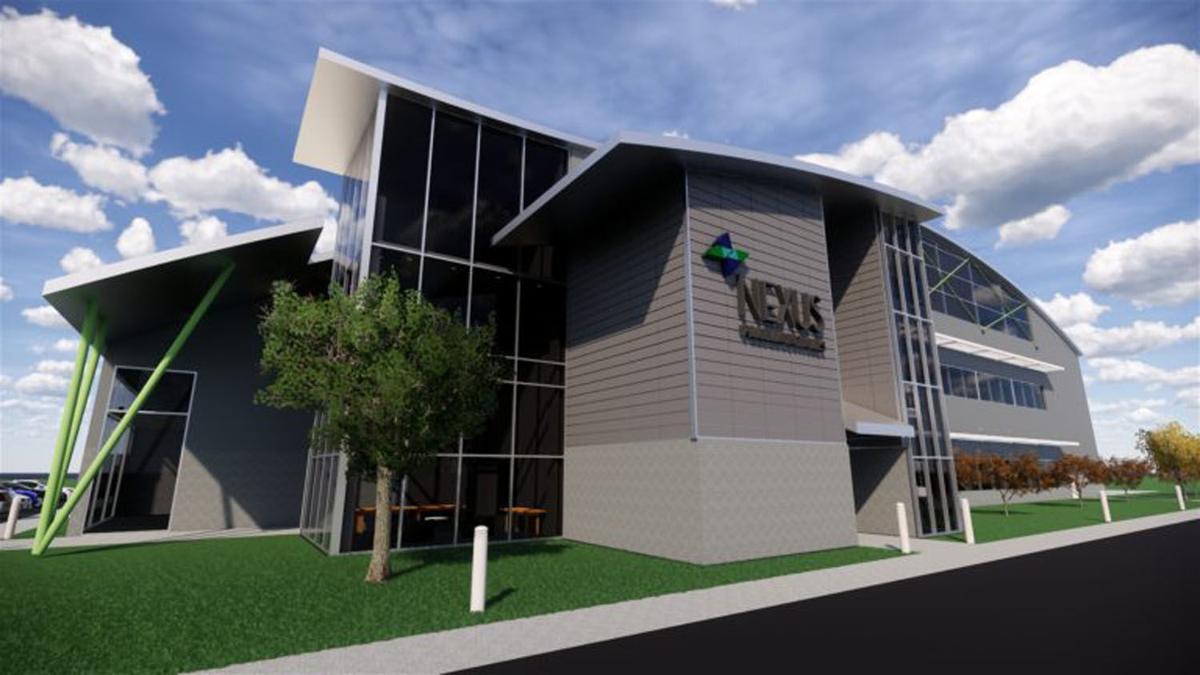 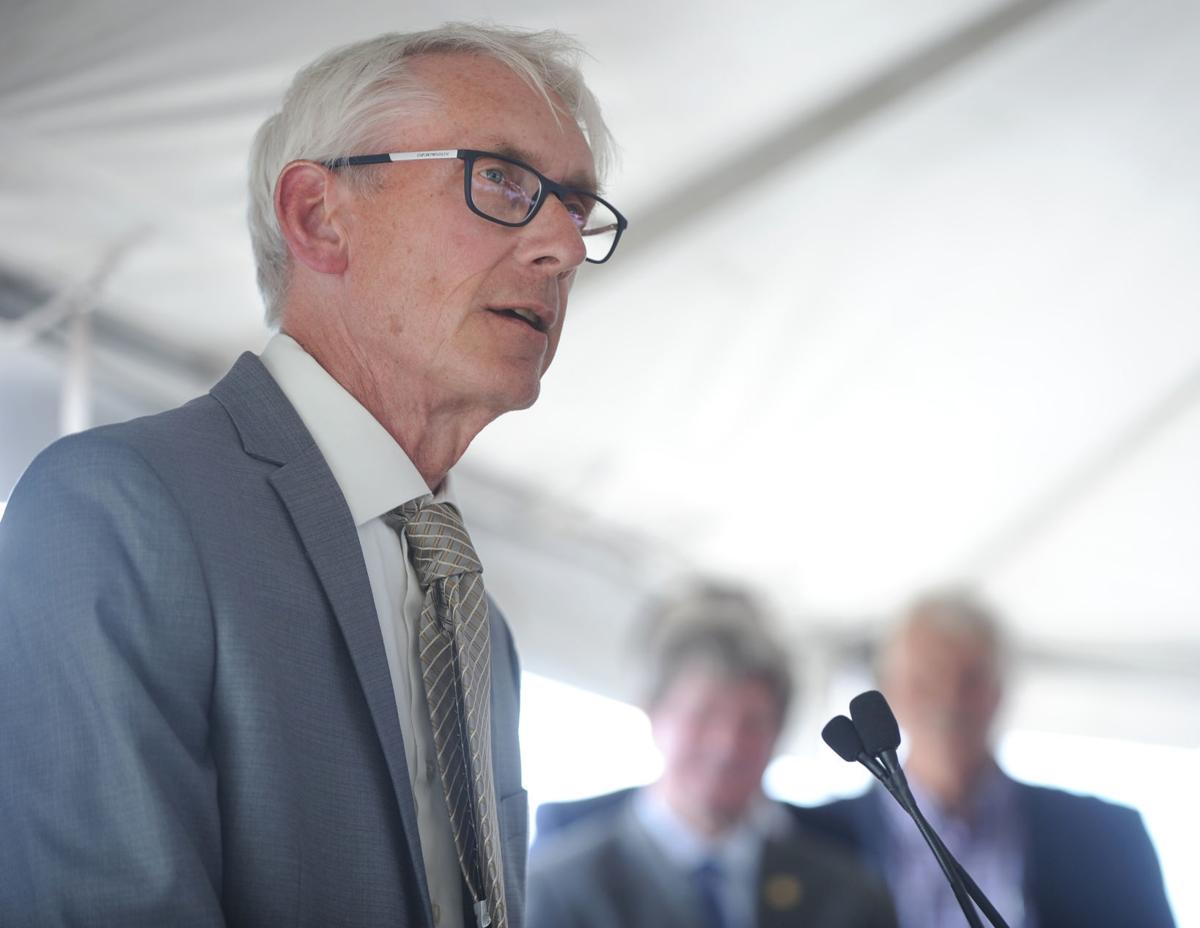 Gov. Tony Evers speaks during a news conference announcing plans for a manufacturing facility in Pleasant Prairie by Nexus Pharmaceuticals on Wednesday. 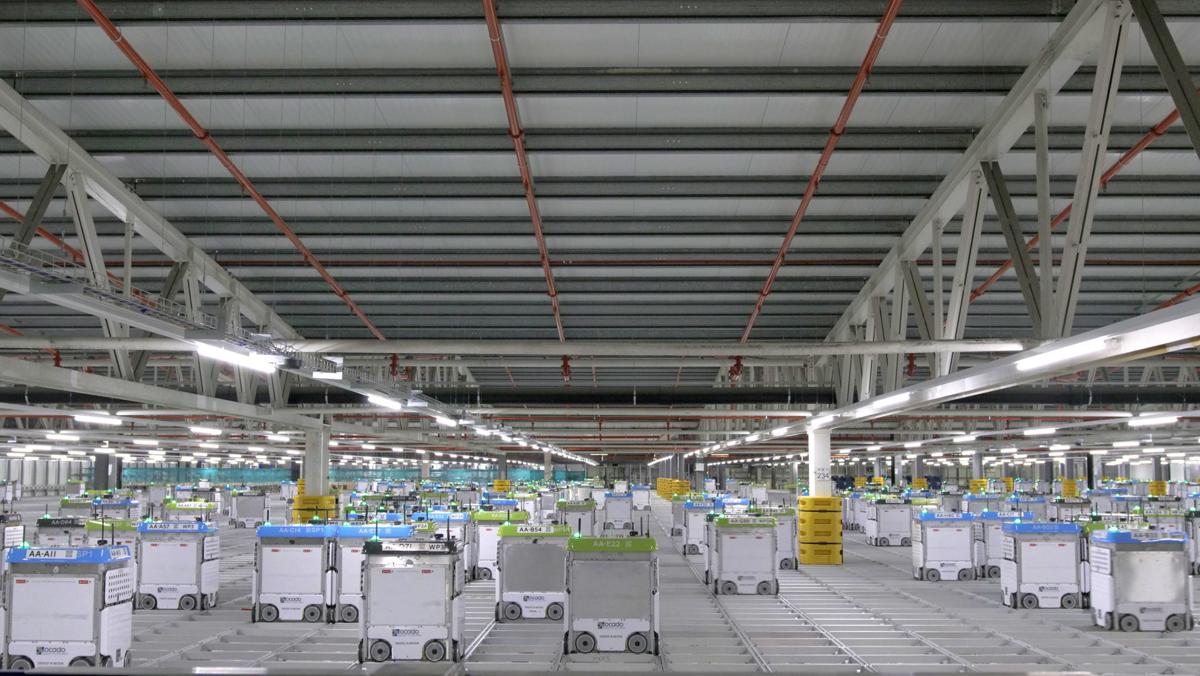 Robots move along a grid in one of Oconto’s automated fulfillment facilities. The robots pick up items stored in bins under the grid.

While business growth continued in 2019 in southeastern Wisconsin, Pleasant Prairie seemed to reap a good portion of it.

The year saw the village involved in numerous, high-profile projects as it continued to develop land along I-94.

Leading the pack was the announcement that two pharmaceutical companies — Nexus Pharmaceuticals and Fresenius Kabi — planned to open facilities in the village.

Nexus got the higher profile, as Gov. Tony Evers came to the village on July 10 to announce the project.

“This is one of the most significant pharmaceutical investments in Wisconsin in years,” Evers said.

Nexus, headquartered in Lincolnshire, Ill., said it would invest $250 million over the next 10 years to build a manufacturing plant for its generic, injectable, life-sustaining drugs.

The project, planned for Prairie Highlands Corporate Park at I-94 and Highway 165, would create 77 new jobs by 2022.

The project was named as one of the state’s top economic development projects of the year by the Wisconsin Economic Development Corp.

Meanwhile, Fresenius Kabi announced in March that it planned to operate an order processing, assembly and fulfillment center in the new Stateline 94 Corporate Park, south of Highway 165 and north of Highway ML.

It will be the first building in the new corporate park.

Fresenius Kabi specializes in lifesaving medicines and technologies for infusion, transfusion and clinical nutrition. The company’s products and services are used to care for critically and chronically ill patients.

With U.S. headquarters are in Lake Zurich, Ill., Fresenius Kabi expects to begin operations in 2020 and employ 95 workers within it first three years and up to 164 by 2028.

The 350,000-square-foot automated facility is designed to efficiently serve customers in Wisconsin, northern Illinois and northwest Indiana with state-of-the-art digital and robotic capabilities.

It is expected to create up to 400 new jobs.

Other projects in the village that made news in 2019:

Haribo: The German candymaker continued development of its plant in the Prairie Highlands Corporate Park. The company also announced a commitment to fund scholarships and athletic upgrades at UW-Parkside.

Ta Chen: The steel and aluminum distributor announced in June that it would expand into an existing speculative warehouse in LakeView Corporate Park.

Here are photos taken by our photographers at some of the events that took place around Kenosha County over the weekend of Dec. 20-22, 2019.

Firefighters and emergency crews from a dozen departments, including Kenosha and Pleasant Prairie, battled a predawn house fire Saturday in Zi…

Gov. Tony Evers speaks during a news conference announcing plans for a manufacturing facility in Pleasant Prairie by Nexus Pharmaceuticals on Wednesday.

Robots move along a grid in one of Oconto’s automated fulfillment facilities. The robots pick up items stored in bins under the grid.