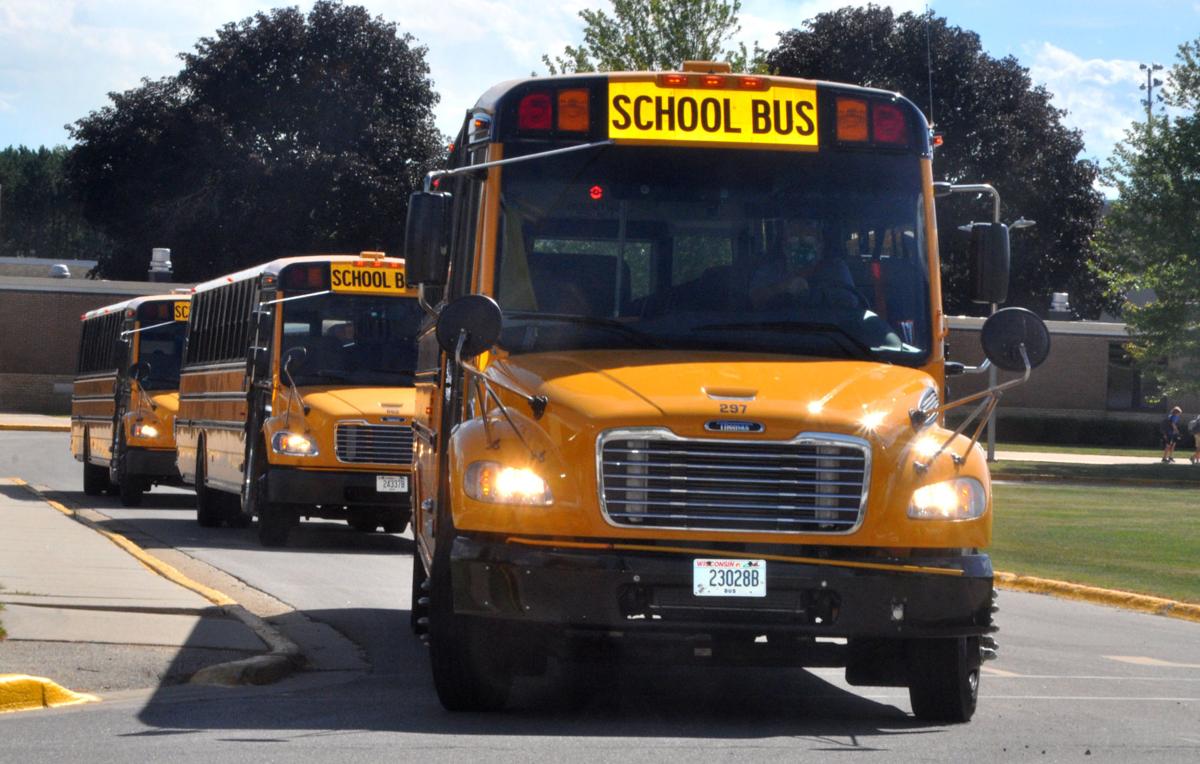 School buses at Badger High School in Lake Geneva prepare to take students home as the school begins classes for the fall semester during the coronavirus pandemic. 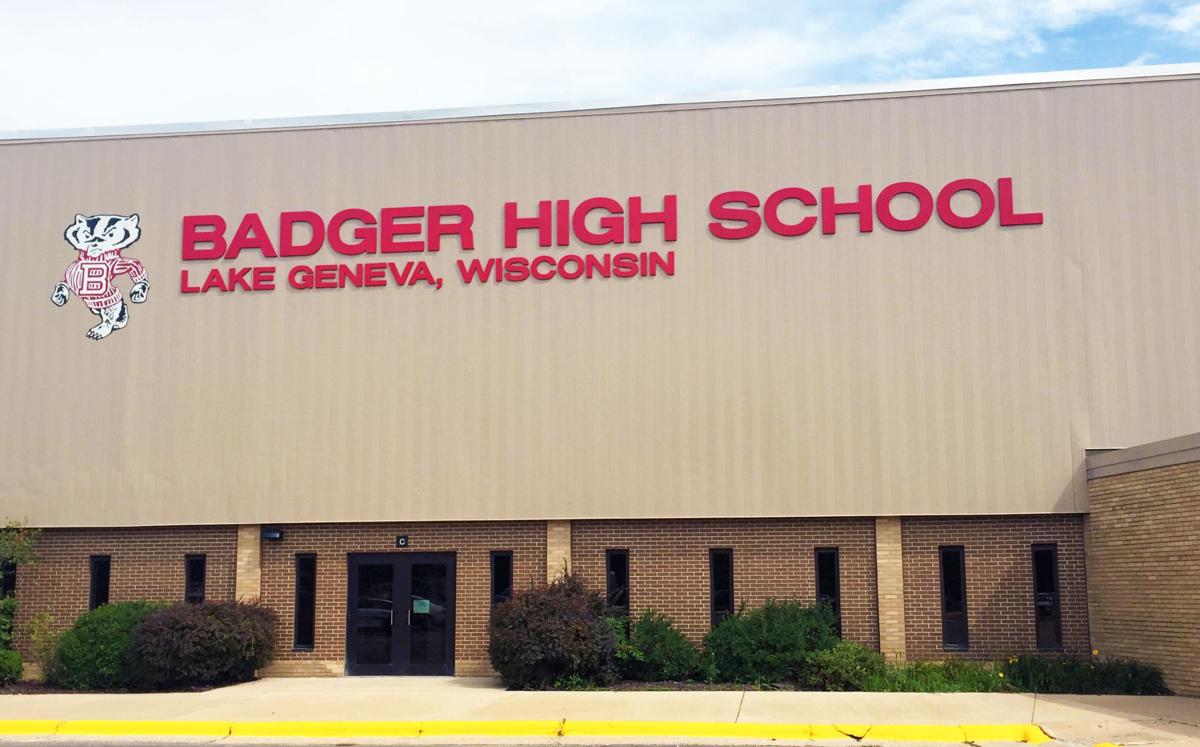 Four students in total have tested positive for coronavirus in the Lake Geneva school district, while two have been reported in the Elkhorn school district.

Reporting no coronavirus cases so far this school year are officials at Big Foot High School in Walworth, at Walworth Elementary School and at the Williams Bay school district.

More than 150 students have tested positive at the University of Wisconsin-Whitewater.

Officials at the university could not be reached for comment.

“The university has a good plan, but the young adult population is proving difficult to convince,” said Carlo Nevicosi, deputy director of Walworth County’s health department.

Gottinger said two infected students were at Badger High School and two at Lake Geneva Middle School. All will remain home for two weeks and until they are symptom-free.

At least six other students also have been quarantined because they had close contact with one of the infected students. Close contact is defined as coming within six feet for a combined 15 minutes within one day.

Of the Lake Geneva cases, two were reported today — one at Badger, one at the middle school.

Tadlock said both students will remain in isolation for 10 days.

Another 25 students in Elkhorn have been ordered to stay home for 14 days and quarantine because they were found to have been in close contact with one of the infected students.

Reporters Dennis Hines and Connor Carynski contributed to this report.

Reporters Dennis Hines and Connor Carynski contributed to this report.

A 42-year-old Kenosha woman is alleged to have run a stop sign and run over a couple in the crosswalk, killing a pregnant 27-year-old woman.

Woman in custody for fatal hit-and-run crash in Kenosha

A 42-year-old Kenosha woman is in custody for a hit-and-run crash that killed a pedestrian last week.

Gov. Tony Evers and Sen. Tammy Baldwin, both Democrats, have sent the following letter to President Trump following his visit to Kenosha.

A low-speed chase from a Walmart parking lot ended in the middle of Green Bay Road after a woman alleged to have stolen a television fled police.

An owner of Car Source, the car dealership that owns the parking lot where Joseph Rosenbaum was killed while pursuing Kyle Rittenhouse on Aug. 25, says that no one was invited to protect his property with firearms during demonstrations in the days following the police shooting of Jacob Blake.

Jeffery A. Beck, of Kenosha, was fined $911 and his driver’s license was revoked for nine months on a charge of driving while intoxicated. He …

School buses at Badger High School in Lake Geneva prepare to take students home as the school begins classes for the fall semester during the coronavirus pandemic.