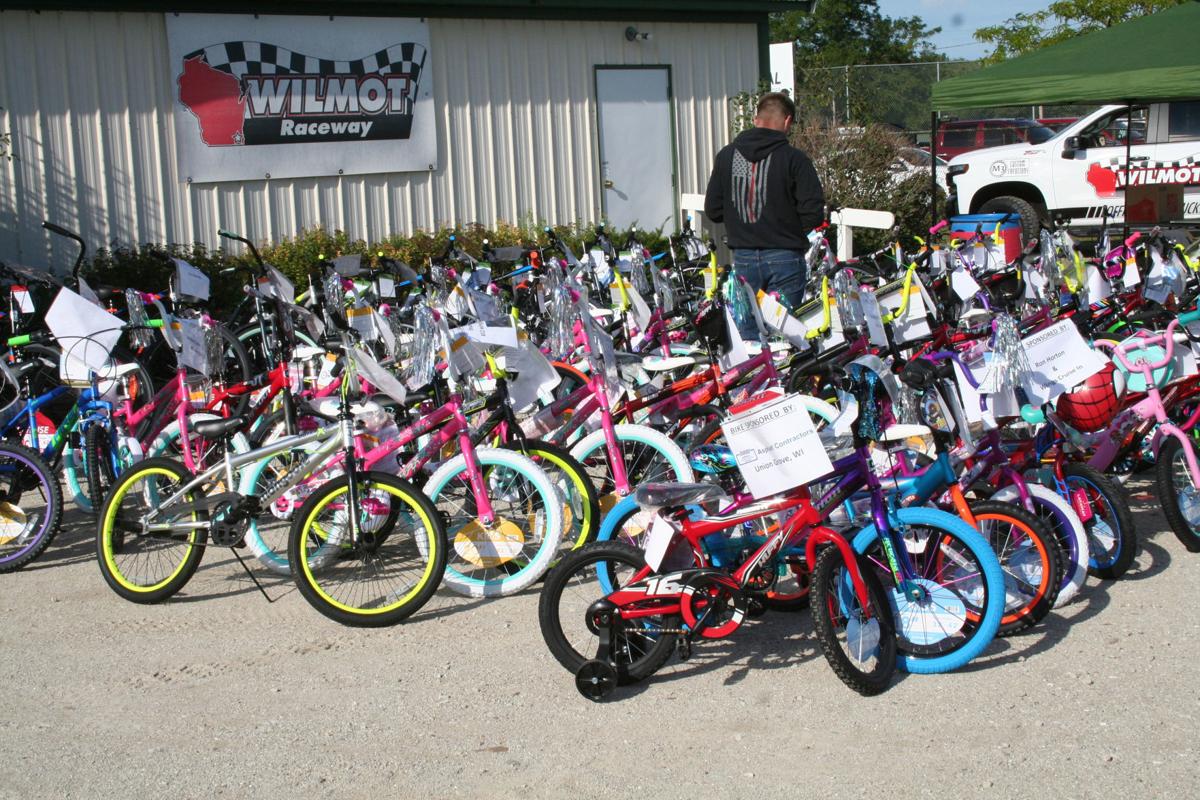 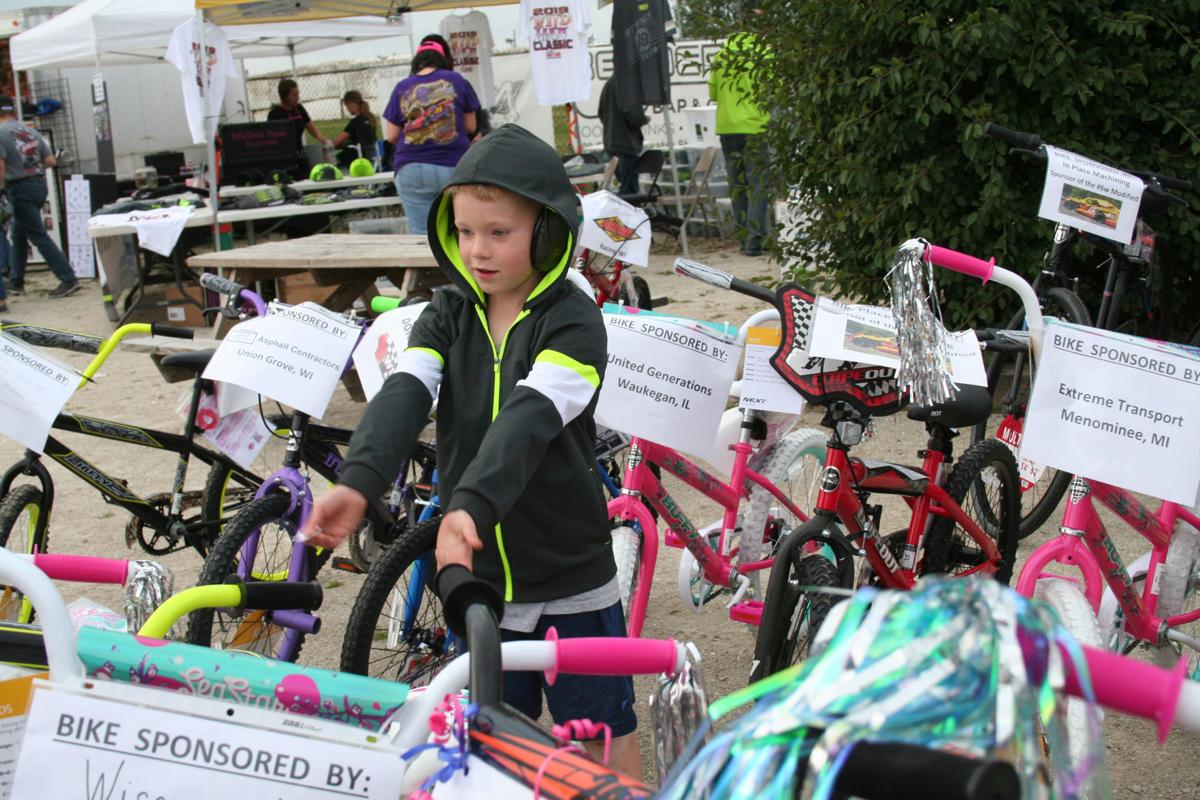 Seven-year-old Brayden Willms picks out the bike he likes after winning in the annual Wilmot Raceway Bike Giveaway.

WILMOT — Dozens of kids were surprised and more than happy Saturday when they went home from the Wilmot Raceway with a free bike in the annual bike giveaway.

The fifth annual event feature more bikes than ever — 101 — with numerous sponsors, drivers and large donors like Asphalt Contractors of Union Grove making it possible.

All kids, up to age 16, who came to the race were given a ticket for the bike drawing.

The giveaway gets bigger every year, with the number up from last year’s 65 bikes, said Raceway co-promoter Nick Simons.

“We’re just trying to get kids back into the grandstands and get them interested in racing,” he said. “It’s good to give back to the community. It’s good to see their faces when they win a bike.”

The kids were definitely excited, which is the best part, said mom Terry Simons.

“It’s going to be a fun, exciting night for a lot of kids,” she said. “Last year, some kids won who’d never had a bike in their life. Their faces just lit up.”

Quite a few kids hung around the front tent to check and re-check their tickets against those pulled every 15 minutes or so and attached to the bulletin board in four categories, ages 0-4, 5-7, 8-11 and 12-16.

Leelah Smith of Lake in the Hills, Ill., was one of those who excitedly checked the bikes and then the tickets. She already had her eye on a certain bike.

Grandma Marla Panek of Bristol thought it was a great thing to do for the kids. “It’s so nice” they do this, she said.

It did take awhile for some winners to find out they’d won as they had to come back to check their tickets, except for the anxious ones who stayed around the front tent.

The patience of 10-year-old Alyssa Mahoney of Wonder Lake, Ill., paid off as she studied the ticket numbers. Her eyes got wide and she gasped in surprise when she realized her ticket matched a winner. She picked a sleek black bicycle that matched her black shirt.

“I come here a lot with my family,” she said.

Choosing by color seemed to be the theme, at least early on with the second winner, 7-year-old Brayden Willms of Franklin, picking a bright neon yellow and black bike which perfectly matched his jacket.

His father said this was the second bike he’d won, taking home a bike during a previous giveaway.

County up to 24 COVID-19 cases; Amazon employee in Kenosha in quarantine after testing positive

An employee of the Amazon warehouse in Kenosha is in quarantine after being diagnosed with COVID-19, according to the company.

Below is a list of Kenosha County restaurants, cafes and other food and drink businesses that are offering either pickup, delivery or both dur…

Beginning Monday, Kenosha Unified students will have the opportunity to participate in online learning activities with daily support from thei…

Pleasant Prairie couple with COVID-19: Virus does not discriminate

A Pleasant Prairie couple that has been battling COVID-19 at home since March 15 said they are proof that the virus does not discriminate.

After a woman confronted a Kenosha man going through her parked Lexus Sunday afternoon, the man told police who arrived that he was having an …

County up to 24 COVID-19 cases; Amazon employee in Kenosha in quarantine after testing positive

An employee of the Amazon warehouse in Kenosha is in quarantine after being diagnosed with COVID-19, according to the company.

Seven-year-old Brayden Willms picks out the bike he likes after winning in the annual Wilmot Raceway Bike Giveaway.