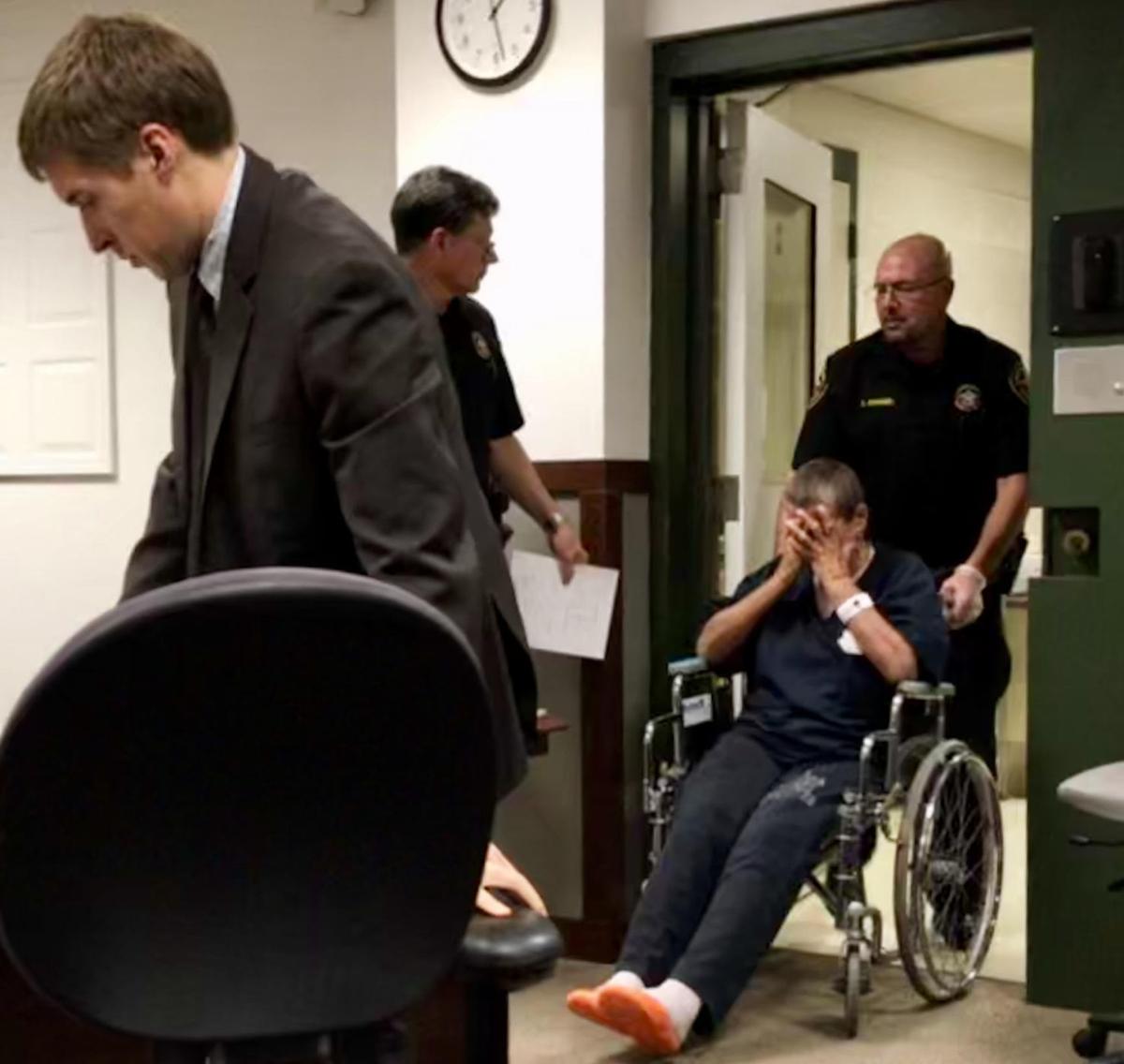 Dawn McDermid covers her face as she enters intake court on Monday. At left is defense attorney Carl Johnson. 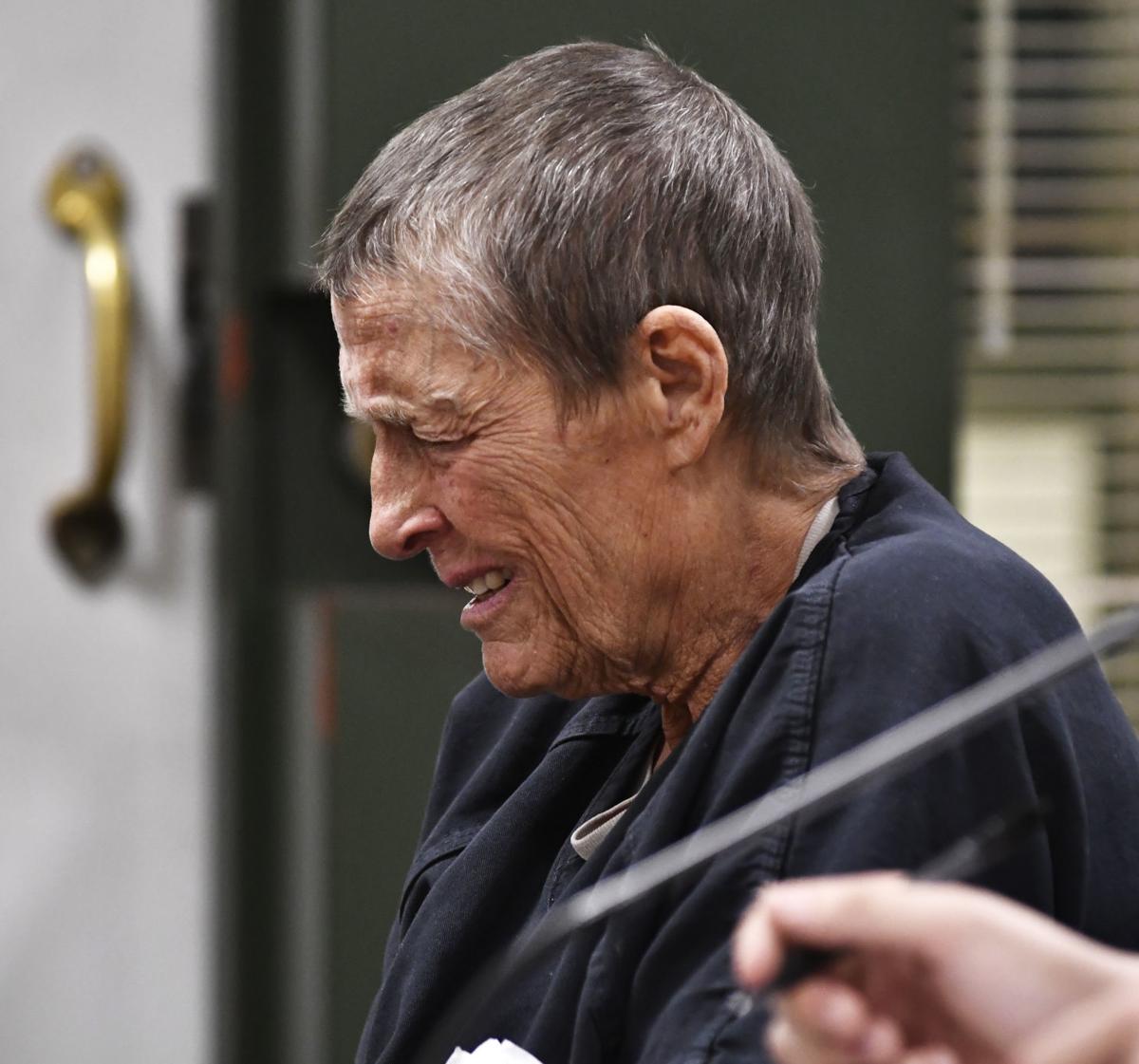 Dawn McDermid, who is accused of killing her husband Robert Garcia by aiding his suicide, appears in court on Oct. 31. McDermid is pleading not guilty. 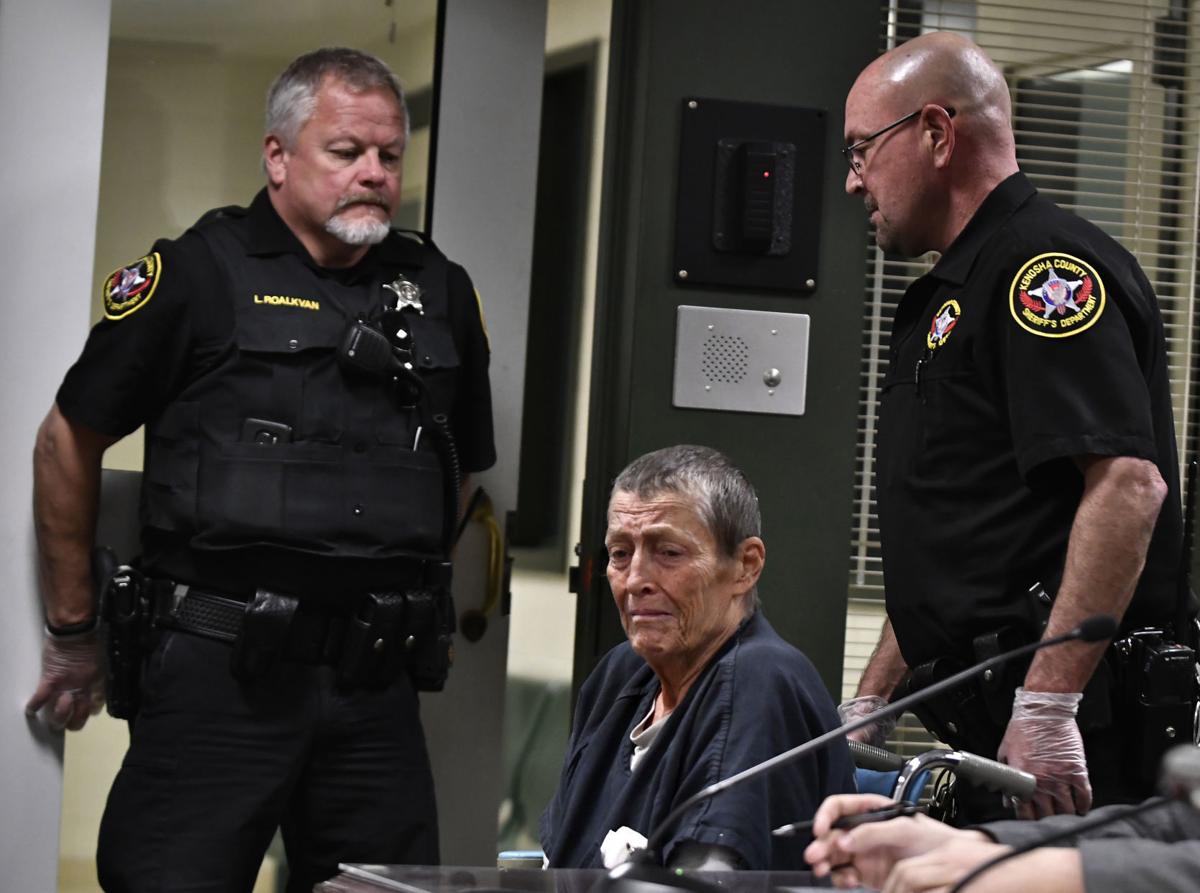 Dawn McDermid appears in court in this photo from Oct. 31, 2018. Earlier this week she pleaded guilty to reduced charges related to her husband’s death.

A Kenosha woman was charged with first-degree reckless homicide and three additional charges on Monday for the Oct. 29 death of her husband.

McDermid was also charged with assisting suicide, obstructing an officer and solicitation of harboring or aiding a felon/falsifying information.

McDermid covered her face as she entered intake court in a wheelchair at the Kenosha County Pre-Trial Facility, 927 54th St., for the hearing.

Kenosha Police responded to McDermid’s home in the 7000 block of 53rd Street at 7:10 p.m. on Oct. 29. Officers found McDermid’s husband, Robert Garcia, dead on the floor of the garage.

McDermid told them she had come home from spending the day in Chicago to find that her husband had killed himself.

She later admitted she had a role in his death.

Defense attorney Carl Johnson asked for the dismissal of two of the four charges, including first-degree reckless homicide and solicitation of harboring or aiding a felon/falsifying information.

“I do think there are a lot of unanswered questions at this point, in regard to what caused Mr. Garcia’s death and what role Miss McDermid may have played in that,” Johnson said.

According to Assistant District Attorney Angelina Gabriele, McDermid did not offer help or call 911 when she found her husband in the garage.

Instead, she went back into her home, put on latex gloves and returned to the garage and “used a razor blade to slash his wrists and then left him in the garage to die.”

McDermid initially denied wearing the bloody gloves and then later admitted she did.

According to Gabriele, McDermid hid the bloody gloves in her purse while she was at the police station answering questions about her husband’s death, after first asking her son to dispose of them before she entered the building.

When her son refused, she admitted to flushing them down a toilet at the police station before her arrest.

During the investigation into Garcia’s death, authorities discovered numerous email exchanges involving overdose effects, staging a scene, how to respond to police and a possible alibi.

On Monday, the prosecution discovered additional information in the case. McDermid emailed a photo to a woman of a plate of prescription pills that included the text “D-Day Oct. 29.”

“There is significant detail shown throughout the criminal complaint of her involvement,” Assistant District Attorney Jason Zapf said.

McDermid is expected back in court for an attorney status hearing on Nov. 15.

Dawn McDermid covers her face as she enters intake court on Monday. At left is defense attorney Carl Johnson.

Dawn McDermid, who is accused of killing her husband Robert Garcia by aiding his suicide, appears in court on Oct. 31. McDermid is pleading not guilty.

Dawn McDermid appears in court in this photo from Oct. 31, 2018. Earlier this week she pleaded guilty to reduced charges related to her husband’s death.