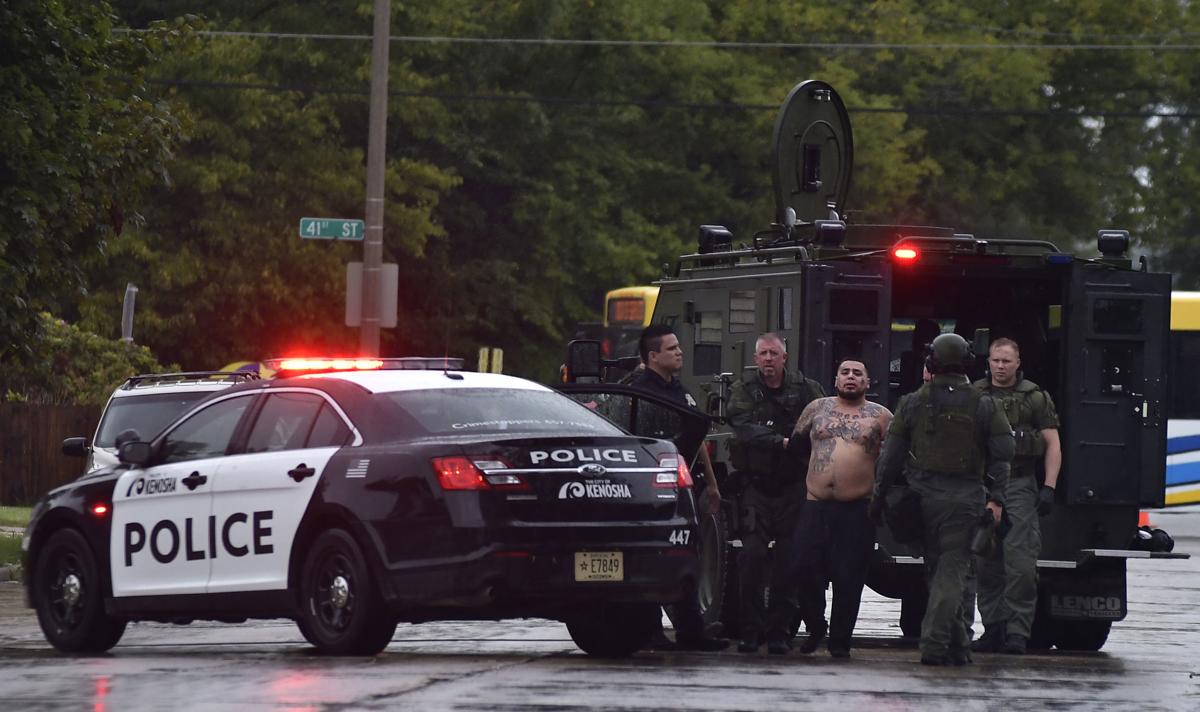 A man is in custody after a standoff with the SWAT team in the 4100 block of 30th Avenue on Saturday. 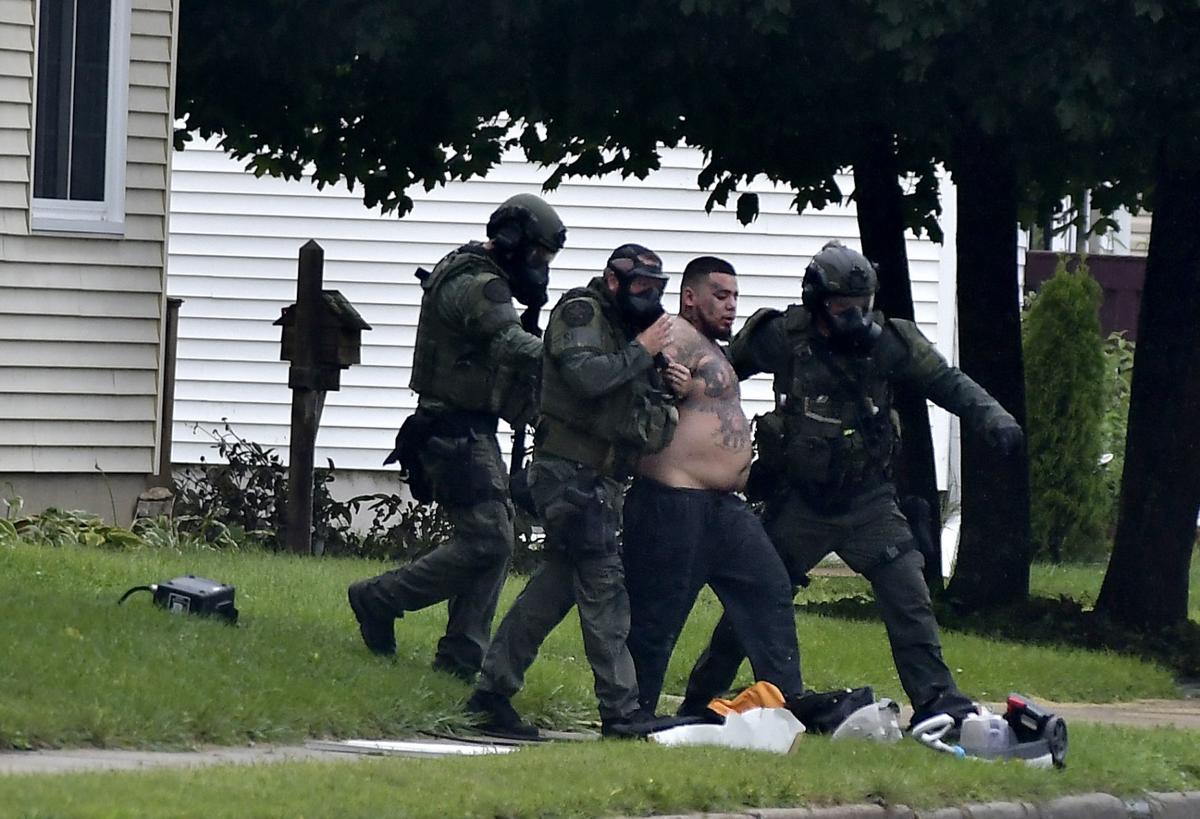 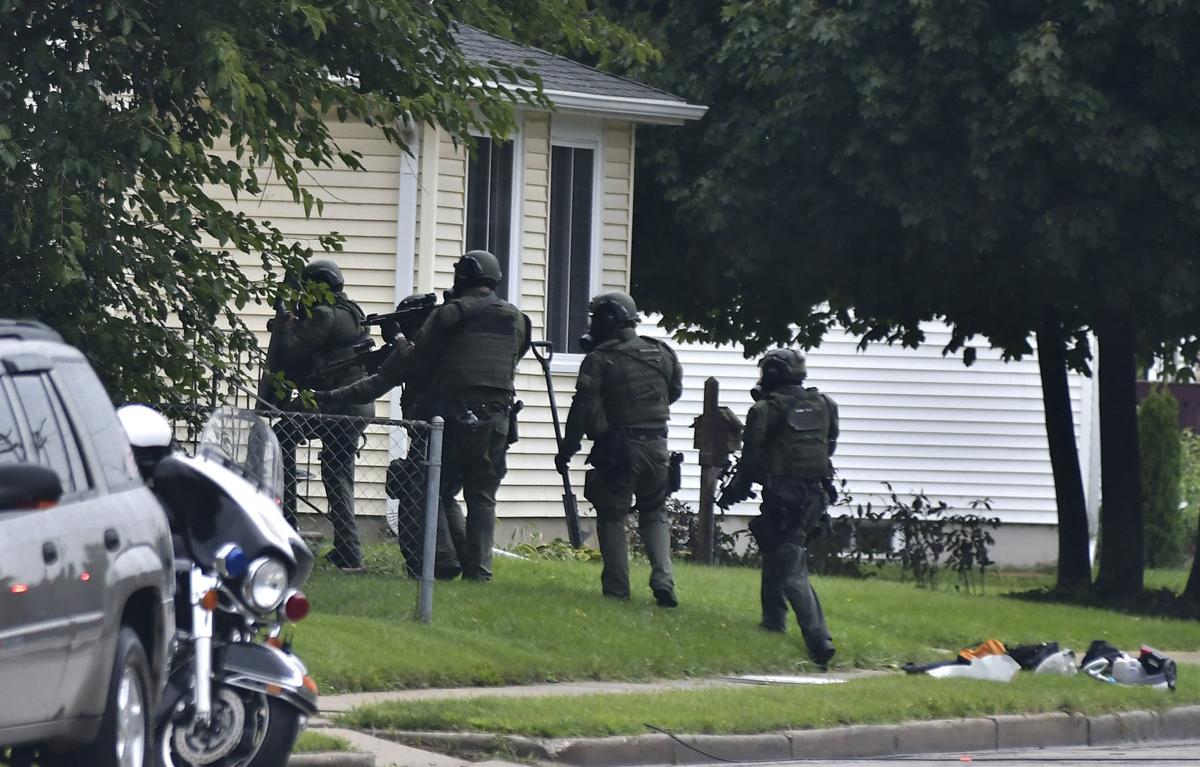 A man who barricaded himself in a Kenosha home for several hours Saturday eventually had to be removed from the house by tactical officers.

The incident played out in the 4100 block of 30th Avenue and the standoff lasted more than four hours Saturday.

The man’s name had not been released by press time Sunday.

According to the Kenosha Police Department, officers responded to the residence at 11:41 a.m. Saturday to investigate a 911 call in which someone hung up.

When officers arrived, they encountered an adult male who barricaded himself inside the residence. The suspect armed himself with a crowbar and made threats to officers, according to the release from Police Lt. James Beller.

During the course of the standoff, police said they learned that two uninvolved adults were also inside the home.

The Kenosha County Sheriff Tactical Response Team was called to the scene and the two other adults in the house were released by the suspect.

The tactical team made entry to the home shortly after 4 p.m. Saturday and took the man into custody.

The man is being held on an outstanding warrant.

There were no injuries to the suspect or officers, Beller said.

Here are the crime stories published online and in the print product of the Kenosha News between Sept. 20 and Sept. 29, 2019.

The 2019 Kenosha Classic Cruz-In featured some 1,500 vehicles, including many motorcycles, as they took over downtown Kenosha on Saturday.

Merkel: You can't fight the pandemic with lies

Merkel: You can't fight the pandemic with lies

A man is in custody after a standoff with the SWAT team in the 4100 block of 30th Avenue on Saturday.