Activists and social justice organizations are celebrating the history of Black resistance this month in what's known as Black August.

This year's commemoration follows months of ongoing nationwide protests over systemic racism and the killings of Black people at the hands of police.

And no, it's not a second Black History Month.

"During Black August, we honor Black freedom fighters, many of whom were killed by the state or imprisoned for defending Black lives," Monifa Bandele with the Movement for Black Lives said in a statement to CNN.

"This month is a time to reflect and learn about the legacies of Black revolutionaries, while we rededicate ourselves to the protracted struggles against white supremacy, colonialism, capitalism, and imperialism. We study, plan, and pledge to continue the work and fight for Black liberation."

Black August is a tradition that originated in California's prisons in the 1970's after the deaths of brothers Jonathan and George Jackson as well as other incarcerated Black men who sought freedom.

Here's what you need to know about Black August.

The history behind it

George Jackson, an activist, died at a California prison on August 21, 1971.

He had received one year to life in prison in 1960 for allegedly stealing $70 from a Los Angeles gas station, according to a 1970 book review from The New York Times.

During his time behind bars, Jackson began studying the ideas of Karl Marx and Vladimir Lenin, wrote Eric Cummins in "The Rise and Fall of California's Radical Prison Movement." He is considered one of the most outspoken voices on racism in the criminal justice system at the time.

In letters to his parents, his younger brother Jonathan, activist Angela Davis and others, Jackson articulated his frustration and rage over systemic racism and his imprisonment. The letters were ultimately published as a collection titled "Soledad Brother: The Prison Letters of George Jackson."

Then in 1970, Jackson and two other incarcerated Black men were charged with the murder of a White prison guard. That same year, Jackson's brother Jonathan was killed in a shootout with police outside the Marin County Courthouse after taking a judge hostage to try and secure his brother's release, the Los Angeles Times reported in 2015.

On August 21, 1971, George Jackson, who was incarcerated at San Quentin State Prison at the time, used a gun to take a prison guard hostage and forced him to open several cells, according to the Los Angeles Times. Jackson was killed in the ensuing chaos as he and several other inmates attempted to escape from prison. Three guards and two other inmates were also killed.

A group of incarcerated people came together to commemorate the death of Jackson and other prisoners in what became known as Black August.

"So there was an idea that this could be a time that imprisoned people in the California prison system could use for reflection, study, and to think about how to strengthen their struggles," said Rachel Herzing, an activist who advocates for the abolition of prisons, in a 2016 interview with True Leap Press.

"During the month, people wouldn't use radios or television, would fast between sun up and sun down, and practice other measures of self-discipline. Eventually the commemorations during that month were taken up outside of prisons, too."

Social justice organizers also point out that numerous other instances of Black resistance against systemic racism and state-sanctioned violence took place in August, including Nat Turner's Rebellion, the March on Washington and the Watts Rebellion in Los Angeles.

"Fifty years later, groups like Malcolm X Grassroots Movement and New Afrikan Independence Movement continue the Black August legacy of celebrations by amplifying our history of resistance and creating spaces for Black people to come together in community to recharge the revolution," the Movement for Black Lives notes on its website.

Black women seize political spotlight: 'If not now, when?'

Black August is separate from Black History Month in February, which is a federally recognized celebration that calls on all Americans to reflect on how African-Americans have shaped US history.

Carter G. Woodson, the son of former enslaved people, is largely credited with the February celebration. Frustrated with the absence of Black people from history textbooks, Woodson developed Negro History Week in 1926 in an attempt to write Black people into the nation's history. He believed "the achievements of the Negro properly set forth will crown him as a factor in early human progress and a maker of modern civilization."

Black August, which also came about in the 1970's, specifically honors "political prisoners, freedom fighters, and martyrs of the Black freedom struggle," according to the Center for Constitutional Rights, a progressive advocacy group.

How did 'white' become a metaphor for all things good?

Some people are taking this time to learn

The singer Noname, who launched a book club last year that highlights works written by authors of color, is among those calling on people to engage with Black August.

She wrote on Twitter, "blk history month is beautiful but unfortunately like all black culture it has been co-opted by neoliberal captialist and we rarely learn about all the contributions black radicals have made in resistance against this settler colonial nation state."

"we don't learn about political prisoners who sacrificed their lives to fight against imperialism/colonialism. many of our revolutionaries are still incarcerated and are treated with specific repression because of their radical politics."

Noname released a list of books on prison reform and Black resistance movements to commemorate the month, including works by George Jackson, Assata Shakur and Octavia Butler.

An Orlando, Florida, server used a sign to secretly communicate with a boy, and police are crediting her with saving him from his abusive parents.

US carries out its 1st execution of female inmate since 1953

A Kansas woman was executed Wednesday for strangling an expectant mother in Missouri and cutting the baby from her womb.

GOP congresswoman to introduce articles of impeachment against Biden

U.S. Rep. Marjorie Taylor Greene, R-Georgia, told Newsmax on Wednesday that she plans to introduce a measure to impeach Biden on his first full day in office next week.

Donald and Melania Trump will leave the White House Wednesday but won't invite their incoming counterparts, Joe and Jill Biden, inside before they do.

Officer Eugene Goodman isn't saying whether he thinks he saved the Senate. But the video speaks volumes.

FBI fears 'insider attack' on inauguration; all troops being vetted

The FBI's massive undertaking to review 25,000 troops underscores fears that some people assigned to protect the city could present a threat to the incoming president and other VIPs.

What’s the point of impeachment?

Following riots at the Capitol, calls for the impeachment of President Donald Trump have grown. Political experts weigh in if this is realistic so close to the inauguration of President-elect Joe Biden.

John Sullivan, a Utah activist who filmed the fatal shooting of a Trump supporter during the insurrection at the U.S. Capitol last week, was arrested.

Mega Millions jackpot is at $750 million, making it the second largest prize in the lottery game's history

No ticket matched all six numbers Tuesday night, meaning the next chance for a lucky winner to score the prize is Friday, the lottery said.

A rioter who stormed the US Capitol last week wearing a sweatshirt emblazoned with the phrase "Camp Auschwitz" was arrested Wednesday in Virginia, police say.

How To Stay Positive and Productive Amid COVID-19

How To Stay Positive and Productive Amid COVID-19 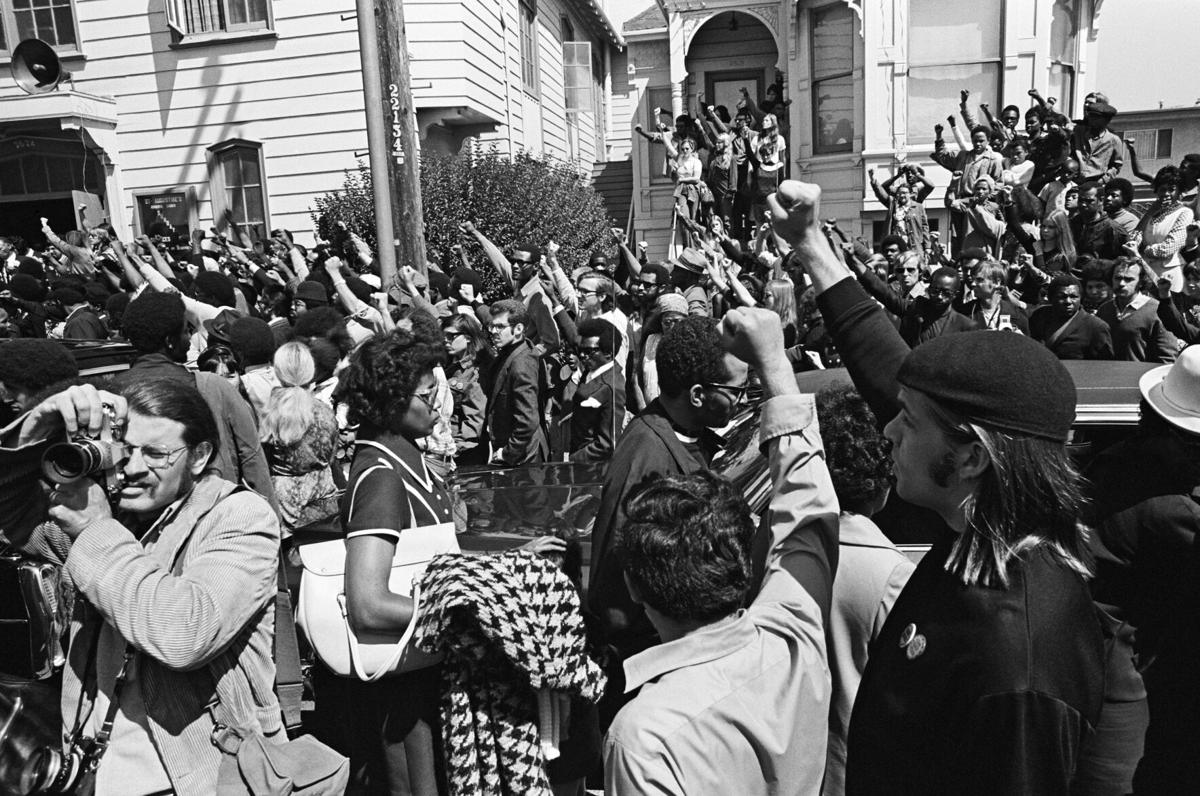 People gather for the funeral of George Jackson in Oakland, California, in 1971. 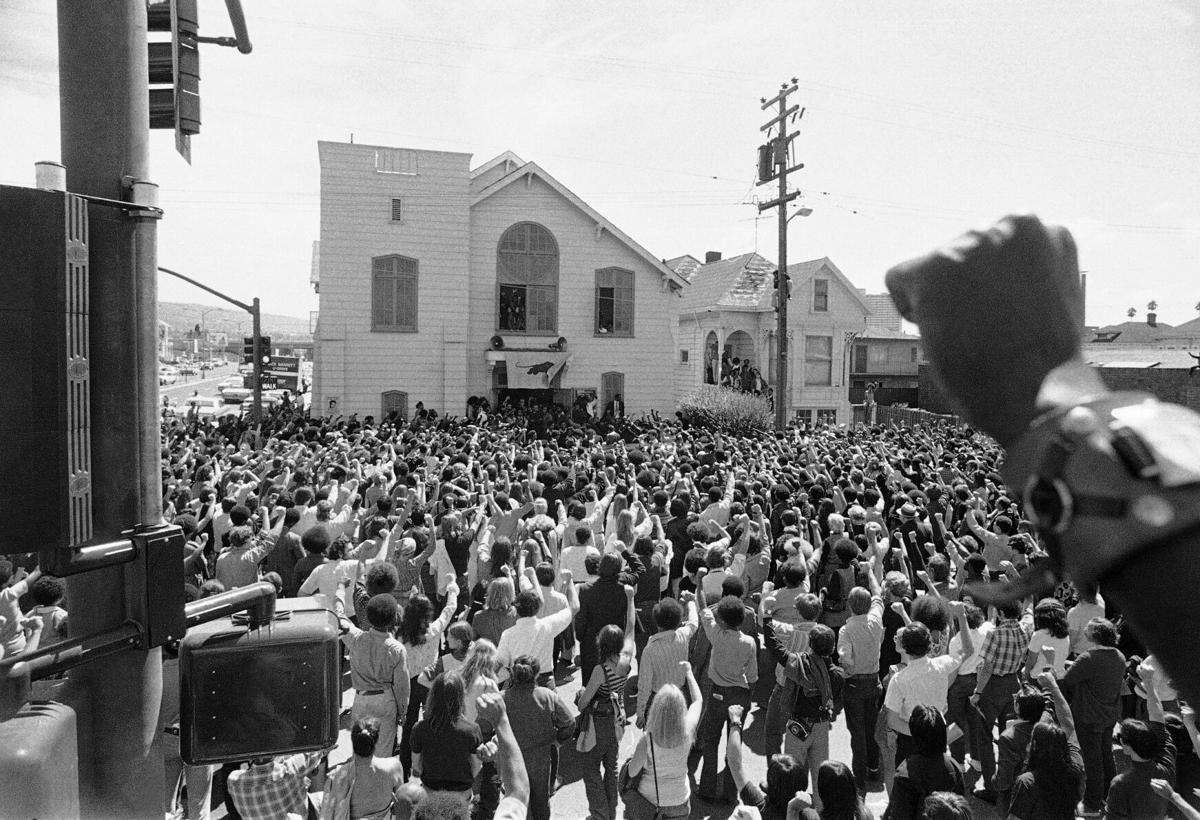 About 1,500 mourners give the Black Panther salute as the body of "Soledad Brother" George Jackson was carried from St. Augustine's Episcopal Church in Oakland, California, in 1971.