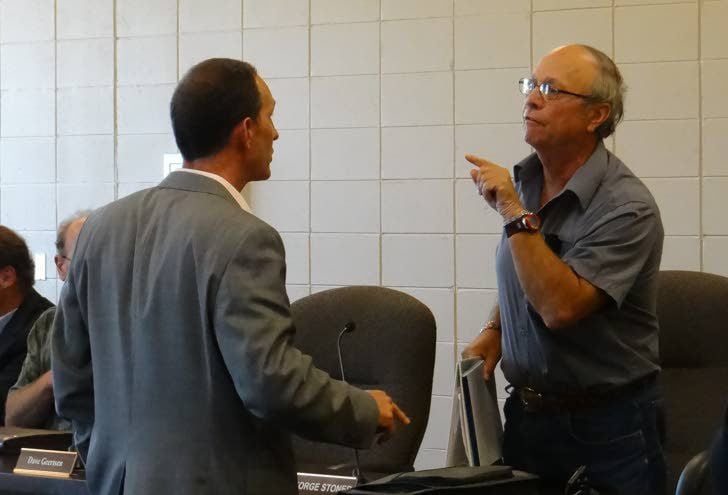 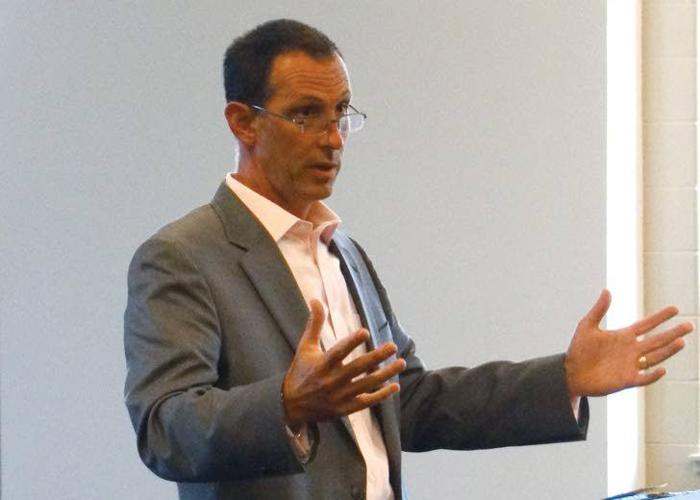 SOMERS — The road to cooperation between the Town and Village of Somers took another detour Tuesday.

Issues over public access and compensation for board members dominated the Village Board of Trustees meeting. It began when Town Board Supervisor Mark Molinaro took to the podium during the citizen comments section of the village board meeting to criticize Village President George Stoner.

“I respect that you may not like what I am saying, but there should be nobody in this room who disagrees with the fact that the town government earned the reputation of not being very forthright with the taxpayers and the village president seems committed to perpetuating the reality,” Molinaro said.

Molinaro called on Stoner to stop opposing citizen comments in village work sessions and support a recommendation from Trustee Joe Cardinalli to make it policy. The Somers town board is considering a similar move.

“Just when I thought things may be on the right track to getting better our village president decided the taxpayers need to be shut out of the process all together,” Molinaro said.

Molinaro took issue with Stoner failing to put citizen comments on the agenda for special village board meetings called earlier this month. One was amended by the clerk after Molinaro complained. Molinaro got a lot of attention last month after he was critical of Stoner not cooperation between the town and the village priority when he said, “Somers is a village not a kingdom.”

On Tuesday, Molinaro called out Trustee Larry Harding and Stoner for being involved in town government when Somers “got into a financial position.” Despite the criticism, Stoner allowed Molinaro to speak past the recently amended 5-minute time limit for citizen comments.

Molinaro took further issue with Stoner’s handling two weeks ago when compensation for board members was approved; $6,000 for trustees and $12,000 for village president annually.

“(Stoner) proposes a salary for the board and himself but provides not a shred of supporting documentation for why and further includes health insurance in the motion,” Molinaro said. “We can throw that in too.”

It’s unclear how Tuesday’s display will impact the negotiations for the first draft of an intergovernmental agreement between the Town and the Village of Somers. Molinaro, Stoner and Trustee Dave Geertsen are expected to negotiate the details of a legal agreement on home dual government would work.

“I support the town and understand the problems,” Stoner said. “We’re working on it right now.”

“Work sessions are where the sausage is made,” Cardinali said. “All I’m asking for is a healthy discussion.”

Harding said he did not want insurance and considers the issue settled since the board approved compensation without benefits last month. Stoner used the floor to respond to Molinaro’s attacks as “misinformation.”

After the meeting Molinaro confronted Stoner again this time about “chuckling” during his public comments and two were seen pointing figures at each other. Stoner said Molinaro has no place to talk about board benefits because he took benefits when he was on the Kenosha County board. Molinaro contends he was chairman when the practice was ended.

Kenosha-area Lego fans will get their own store this weekend, with the opening of an aftermarket Lego store, Bricks & Minifigs Kenosha, 73…

Kenosha man accused of kidnapping, illegal possession of firearm and numerous other crimes

A 28-year-old Kenosha man has been charged with kidnapping, illegal possession of a firearm and other criminal offenses.

Pleasant Prairie will be getting its own permanent beer garden by Lake Andrea.

The fire that burned down the storage barn at Mueller’s Tree & Sawmill Service, 250 Old Green Bay Road in Somers — destroying the local bu…

Behind the Scenes - At the World Cup media hub

Behind the Scenes - At the World Cup media hub

Rapid City Mayor Steve Allender on the B-21 bomber unveiling

Rapid City Mayor Steve Allender on the B-21 bomber unveiling