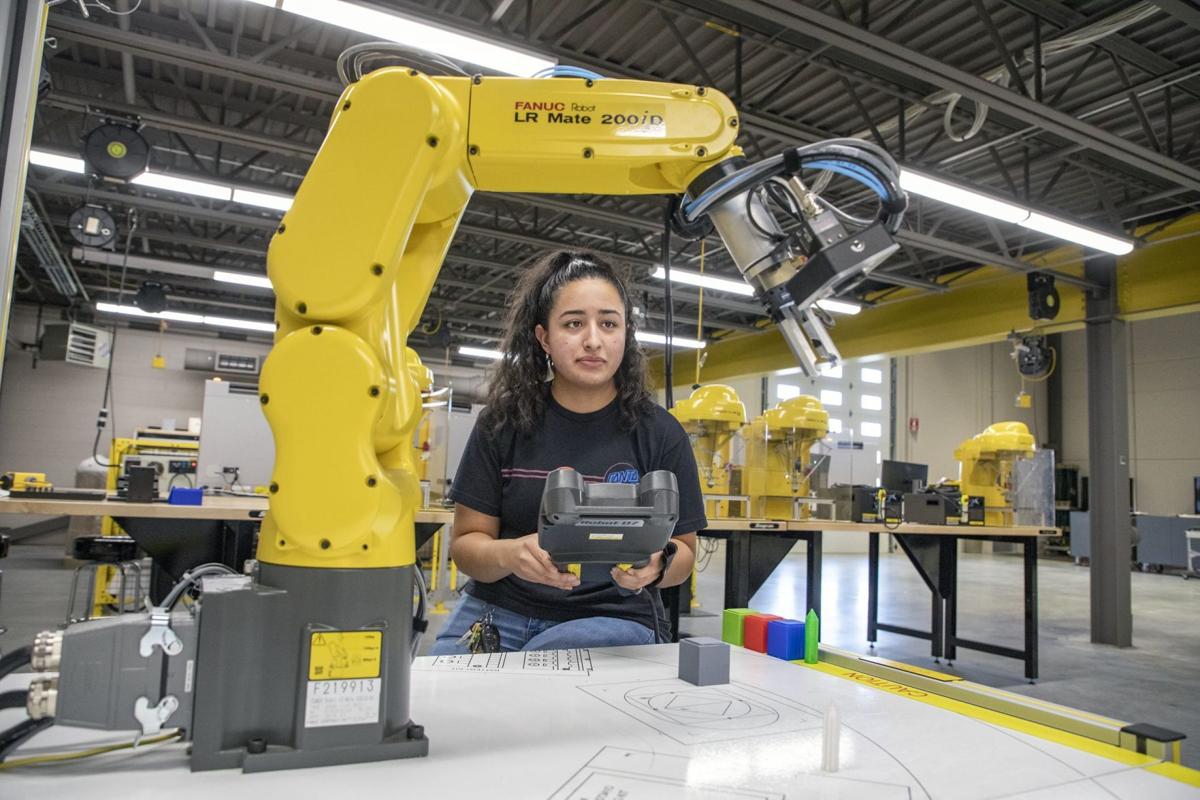 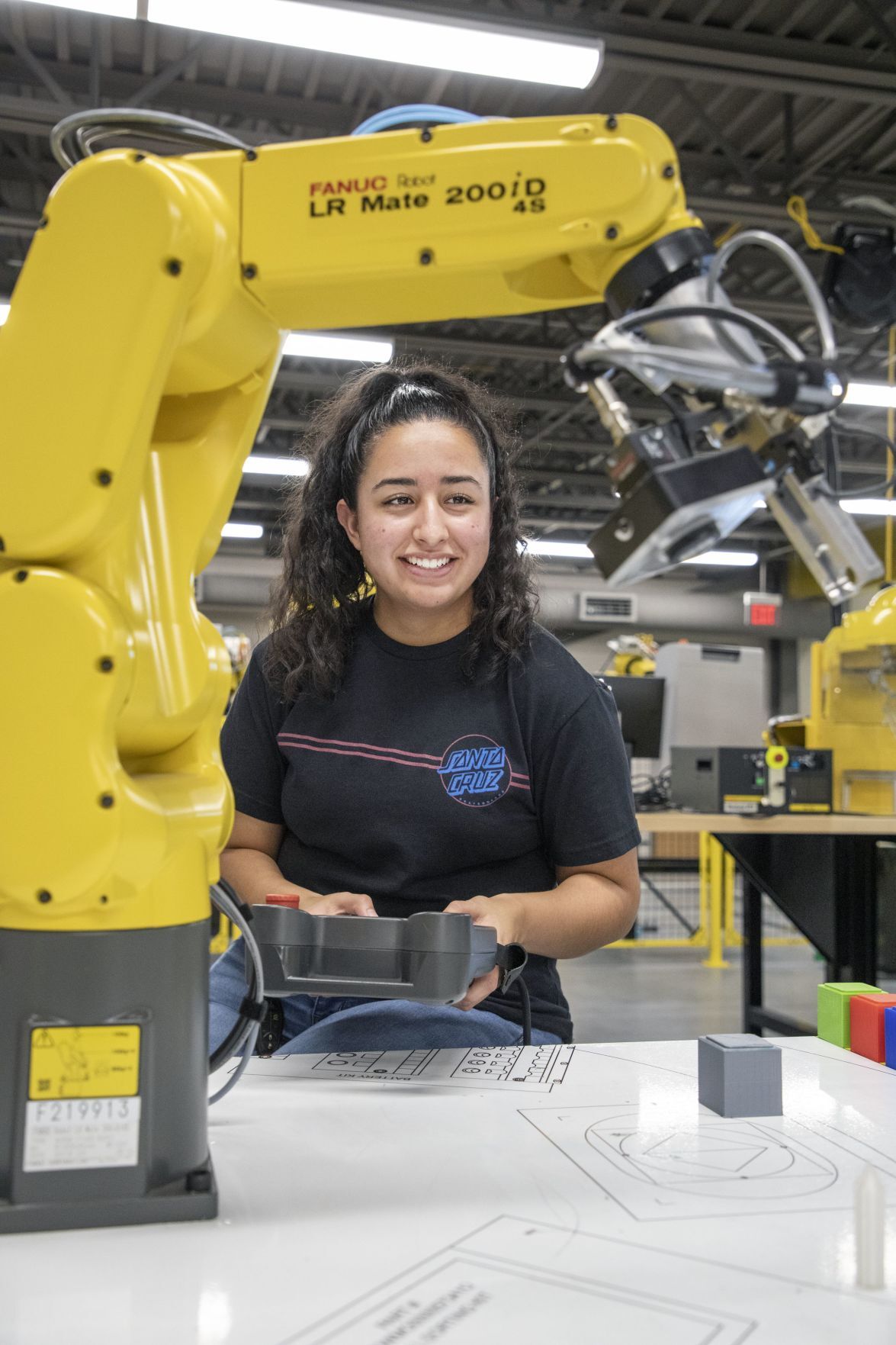 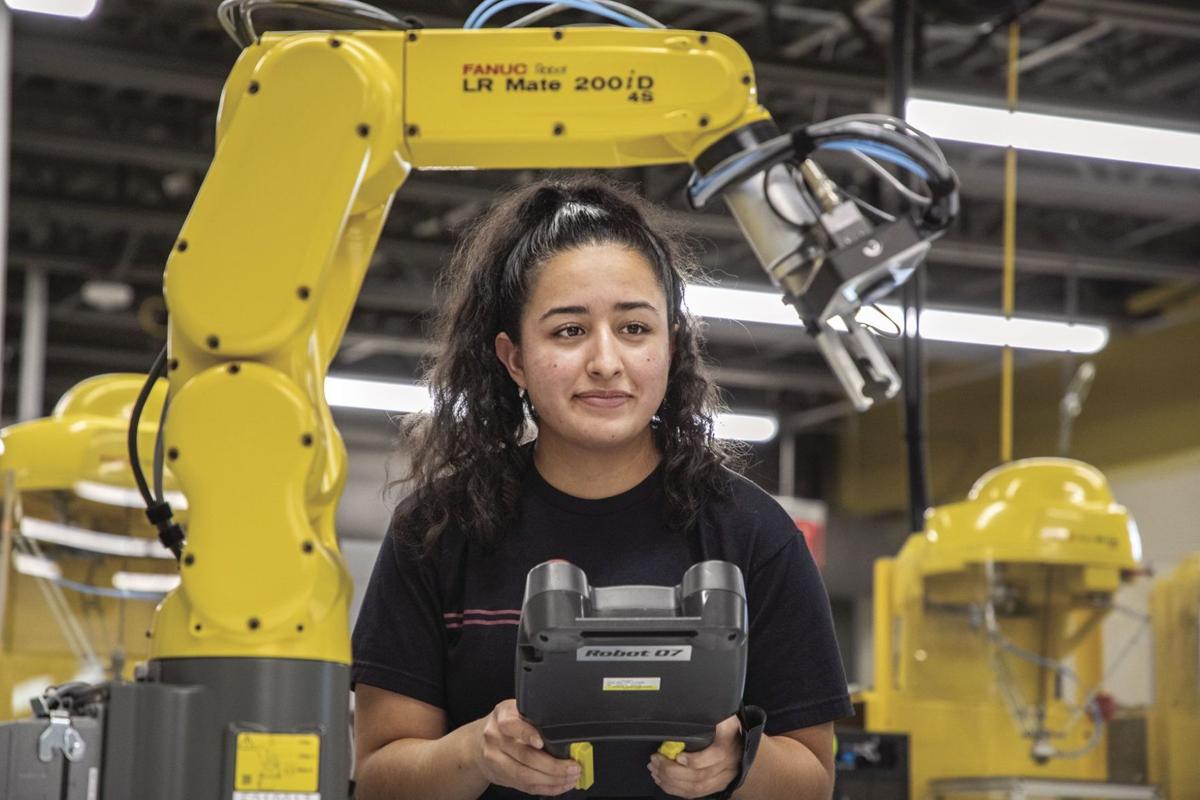 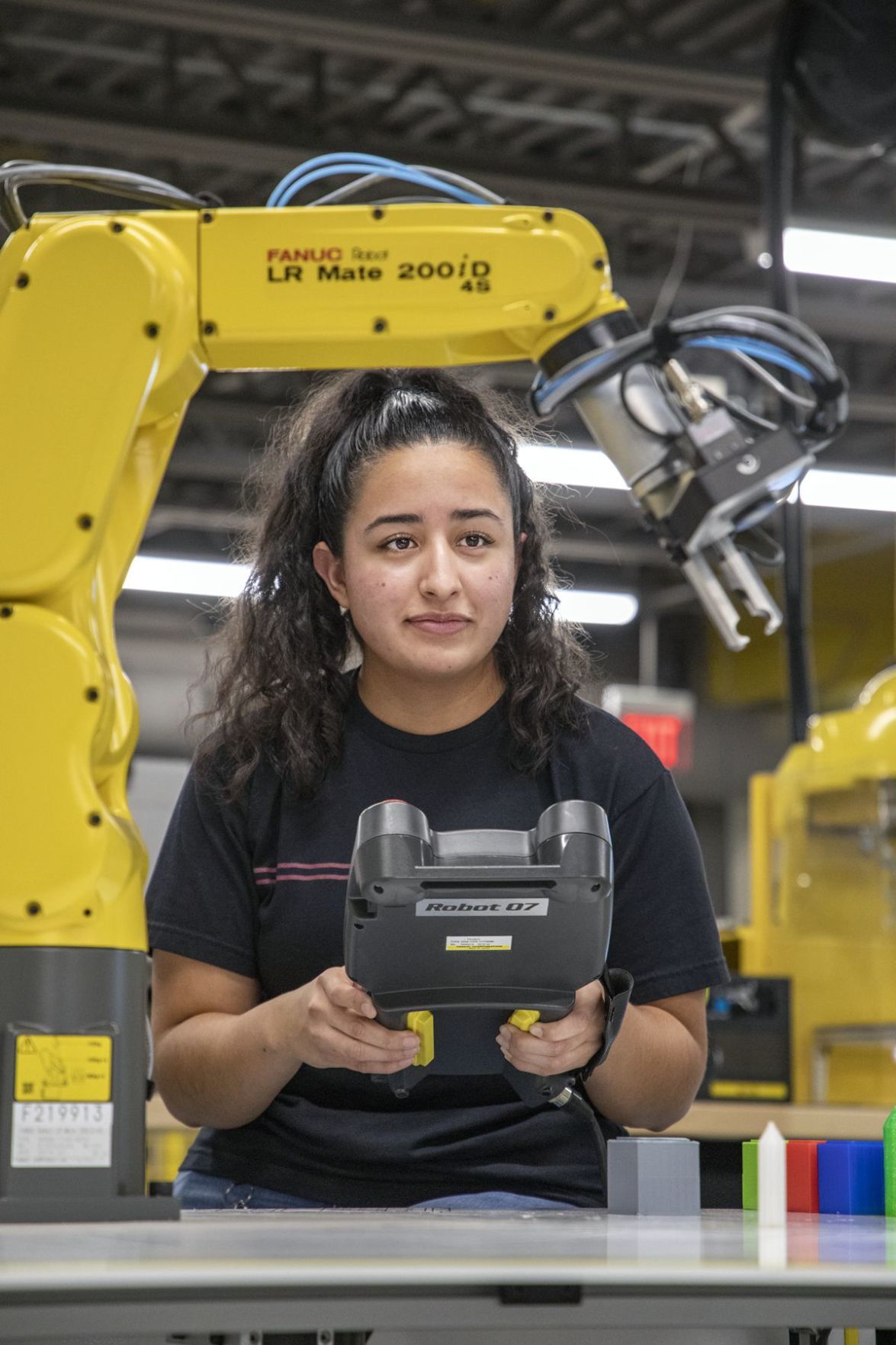 She wanted to enter the field of advanced manufacturing.

Jimena wanted to work with robots and other automated machines — and had a plan on how to enter the field: She would enroll in an internship program at an area company to gain the needed skills. But when she checked into it, Jimena realized she would be on a waiting list for two years before she could begin.

The result? She vaulted to the top of the apprenticeship waiting list and has already begun working in the field.

“I had applied for the apprenticeship, and they told me it was a two-year waiting list, so I thought I could speed up the process by taking classes at Gateway,” said Jimena. “I wanted to see how far up that list I could go by earning a degree.

“They hired me for that position right after I completed the Gateway program. I went to the front of the line — I didn’t have to wait two years.”

Jimena’s employer saw the value of the training so much that they allowed her as much time as needed to study for the intense, five-day-a-week program, as well as paying for 90 percent of the costs. She followed up her Gateway certificate with even more advanced training for three months at an on-site training center in Texas.

Now, she enters an in-demand career field she’s excited about and will begin much sooner than expected.

“I like the fact that in this position, your work helps the company, could actually change how it’s doing something. I am looking forward to that feeling when I’m able to build something that will work to help the company.”

Jimena said the training she received at Gateway gave her the confidence and skills she would need in her career field. She pointed to connections the college has with area companies as one way it’s able to provide training needed in the working world today.

“At first it looked overwhelming because of the intensity of the program. But as soon as you connect with the instructors, they guide you through all that you need to know to get the job done.

“Since it was a small class, we were capable of learning and doing everything we needed. Instructors taught us how to troubleshoot any problems we may have, and they just kept guiding us through it until we got it right.”

She said she realized she would enter a career field with a lower percentage of women in it, but her instructors encouraged her to succeed.

“They didn’t look at you as a number or just a student. They looked at you as individuals, wanted to know you personally so they could better help you to succeed.”

Now Jimena will enter a career field that is in high demand and is paying entry level workers a solid salary.

Would you like to advance in your career like Jimena? Gateway is scheduled to hold its Fast Track event to connect potential students with college experts who can help with any questions about the college, its programs or steps needed to begin your educational journey. The event  is scheduled to take place from 4 p.m. to 6 p.m. Dec. 7 on its Racine Campus. For more information, go online to: gtc.edu/fast-track.

At Gateway Technical College, if you can dream it, you can make it real.