Southern Wisconsin has enjoyed a relatively quiet and mild start to 2021, but frigid change may be on the way later in January, according to forecasters.

As many learned during the brutal cold of late January two years ago, a weakening of the polar vortex is bad news for Wisconsin, and meteorologists have been seeing signs of that pointing toward cold outbreaks starting during the third week of January, AccuWeather said.

"Just prior to the end of December and ongoing now through Jan. 5, there has been a surge in temperatures in the stratosphere above the Arctic Circle," AccuWeather lead long-range meteorologist Paul Pastelok said.

That surge could lead to a weakening of the polar vortex around 10-14 days later, allowing frigid arctic air to escape and move south to the mid-latitudes such as the U.S.

"The first push of Arctic air seems likely to begin later during the second week to early in the third week of January from part of western Canada and the U.S. Rockies," Pastelok said. "The ongoing active storm track in the southern U.S. will then help to pull the colder air through the Midwest and into the East in the wake of the storms. After the first surge of Arctic air, there are likely to be additional waves of cold air that spread from the Central states to the Eastern states during the latter part of January and into early February.”

Temperatures have ranged from 3-6 degrees above average over much of the Plains and Midwest since Dec. 1, but could tumble far below average, AccuWeather said.

For now, though, the quiet and seasonable weather is predicted to continue for southern Wisconsin, according to the National Weather Service and 27 Storm Track forecasts for the next week.

The only issue could be more dense and freezing for overnight Wednesday into Thursday.

Winter weather has been pounding southern Wisconsin, bringing lots of snow and then extreme cold temperatures. Keep up with the latest news here.

Districts are looking at making up time and rescheduling events, while some staff members had to either use paid time off or go unpaid due to the extreme weather.

One of the coldest stretches of weather ever to hit Madison is just about over.

Dangerous cold nearly over, so — of course — snow returns to forecast in advance of big weekend warm-up

The wind chill warning ends for southern Wisconsin by noon on Thursday, but some accumulating snow is expected in the afternoon and evening, according to forecasters.

Power out again in parts of frigid Wisconsin, most schools closed for 4th straight day

The great freezeout of 2019 is just about over in Wisconsin, but we have to make it through one more day.

Faculty and staff should return to work at noon Thursday when campus buildings unlock, though some services may not be available immediately.

Dispatches from Ice Station Madison: How we're dealing with the arctic weather

Lots of things are closed today -- most government offices, schools, shopping malls, restaurants -- due to the life-threatening cold. Even the Postal Service has suspended delivery in Wisconsin as well as parts or all of North and South Dakota, Nebraska, Kansas, Minnesota, Iowa and Illinois, as well as Wisconsin.

Hardware stores and grocery stores drew customers but most retailers, save for some of the big box stores, were closed Wednesday and most expect to open later on Thursday.

The Madison School District has canceled classes Thursday, making it the fourth straight day of no school in the state's second largest school district.

Lyft will give riders two free trips up to a $25 value each with promo code.

"One has to keep in mind that this is the hottest time of the year for us. The other thing is that this is a very, very dry environment, so that the same temperature here and in Wisconsin may feel a lot colder for you than for us," a researcher wrote.

So frigid even the U.S. Postal Service canceled mail delivery. See how bad the cold is and how long it will last

Southern Wisconsin and all of the Upper Midwest is in the middle of a stretch of historically cold weather, and it will get worse before it gets better, according to forecasters.

The life-threatening temperatures forecasters are calling the coldest in a generation prompted UW-Madison to cancel classes, events and campus activities from 5 p.m. Tuesday through noon Thursday.

Amid bitter cold, agencies look to shelter — or at least monitor — Madison homeless

"It's crowded but it's available," said Karen Andro, who runs the homeless ministry for First United Methodist Church.

Extreme cold increasingly rare for Wisconsin, but polar vortex could be more common in warmer climate

While the high is only expected to reach -13 on Wednesday -- just two degrees shy of the 120-year-old record -- climate data show cold snaps like this are far less common than they were a generation ago.

Madison school children will have another day of no classes Wednesday, because of the extremely cold temperatures.

State offices to close Wednesday due to brutal cold

All non-essential state offices and agencies will be shuttered to the public Wednesday, and most state employees will be able to request the day off due to the weather.

USPS suspending mail delivery across Wisconsin, including Madison, due to extreme weather

Late Tuesday, the U.S. Postal Service said regular mail delivery across eastern Wisconsin would be suspended Wednesday but express mail in metro areas would be available.

How to jump-start a car the right way

How to jump-start a car

Historic stretch of cold weather just beginning for southern Wisconsin. See how bad it will be and how long it will last

The area is under a wind chill advisory through 6 p.m. on Tuesday, then a wind chill warning through noon on Thursday as the cold reaches truly life-threatening levels, according to forecasters.

Area school closings in the last week due to snow have left parents scrambling to adjust routines while bracing for more days off this week.

Gov. Tony Evers declared a state of emergency in Wisconsin on Monday, because of the heavy snows that have fallen and the extreme cold still to come.

"We recognize this may be a challenging week for all of us, based on the current forecast"  - Madison Schools

Winter storm pummeling southern Wisconsin into Monday, life-threatening cold to follow. See what weather history could be made this week

After a powerful storm system finishes dumping 6 to 13 inches of snow across the area, life-threatening and potentially record-setting cold will move in and stick around until late this week, according to forecasters.

All Madison School District schools will be closed Monday, and MSCR, athletics and other evening activities have been canceled.

Powerful storm system set to hammer southern Wisconsin in advance of life-threatening cold. See how bad it will be

Southern Wisconsin could see a foot of snow or more before a “polar vortex” delivers the harshest cold in years, and perhaps ever, according to forecasters.

Southern Wisconsin will see its third big snowstorm of the past couple of weeks Sunday night into Monday, before another “polar vortex” brings the coldest weather in years, according to forecasters.

An arctic blast spread painful cold across Wisconsin and the rest of the Midwest Friday, closing schools, opening warming centers and even intimidating ice fishermen in a taste of even more dangerous weather expected next week.

The bad news is we could get up to 10 inches of snow to start the work week, followed by mind-numbing cold, possibly down to the 60 below zero level with the wind thrown in. The good news? Spring is only eight weeks away.

Wisconsin braces for one-two punch of arctic air; 20 below possible next week

Temperatures could stay below zero for more than two days in the wake of a winter storm that's likely to bring more snow Sunday and Monday.

To deal with the bitter cold, local facilities in Madison that accommodate the homeless are staying open longer and are suspending occupancy limits so more people can be taken care of. Availability may be limited, and it is best to call ahead to verify hours and availability.

Brutal wind chills close dozens of Wisconsin schools Friday, but worst is yet come. See how cold it will get

Milwaukee Public Schools, the largest school district in the state, was among those that closed Friday, but the Madison school district remained open with no classes held due to a grade reporting day.

The most significant storm system of the season closes schools and challenges travelers in the Madison area.

After lull, snowstorm to intensify across southern Wisconsin Wednesday morning. See how much will fall and where

The area should see several more inches of snow before the storm exits around mid-day, with the coldest air of the season to move in by late this week, according to forecasters.

Slide-offs, crashes all over region following biggest snowstorm of season

If you don't have to go anywhere in south-central Wisconsin on Wednesday, just stay put. If you do have to drive, slow down and stay on the road.

The district said in a news release Wednesday morning that all schools will be closed Wednesday, and MSCR, athletics and other evening activities also are canceled for Wednesday.

As temperatures drop, there are steps people can take to stay safe during the cold weather. (Source: American Red Cross)

Dozens of schools and school districts in Wisconsin are getting the jump on a major winter storm heading this way, by cancelling classes and after school activities on Tuesday.

Snowstorm expected to deliver stronger blow to southern Wisconsin. See how much will fall and when

The area is under a winter storm warning from 9 a.m. Tuesday through noon Wednesday with snow totals possibly approaching a foot in some areas, according to forecasters.

8 things we miss about warmer weather

Since we're painfully aware of being stuck in the throes of winter, it's hard not to think wistfully of warmer times.

The storm that began Friday afternoon will have dumped 5 to 8 inches on the Madison area and up to a foot in far southern Wisconsin by the time it ends Saturday, nearly doubling Madison’s snow total for the season, according to forecasters.

9 things to do while you wait for the snowplow

As your mom once said, "You're not going anywhere." So you may as well get something done while waiting for the snowplow. Here are nine tasks …

Major snowstorm heading for southern Wisconsin. See how much may fall and when

The biggest snowstorm of winter is heading toward southern Wisconsin, so get ready for shoveling, snow blowing and tricky driving.

Top 10 signs it's winter in Wisconsin

From icy lakes to buried cars, here are the sure signs that winter has arrived in Wisconsin.

Ask the Weather Guys: What were the memorable U.S. weather events of 2020?

The year 2020 will be noted for some memorable and record-breaking weather.

Q: How is Wisconsin winter weather affected by La Niña? 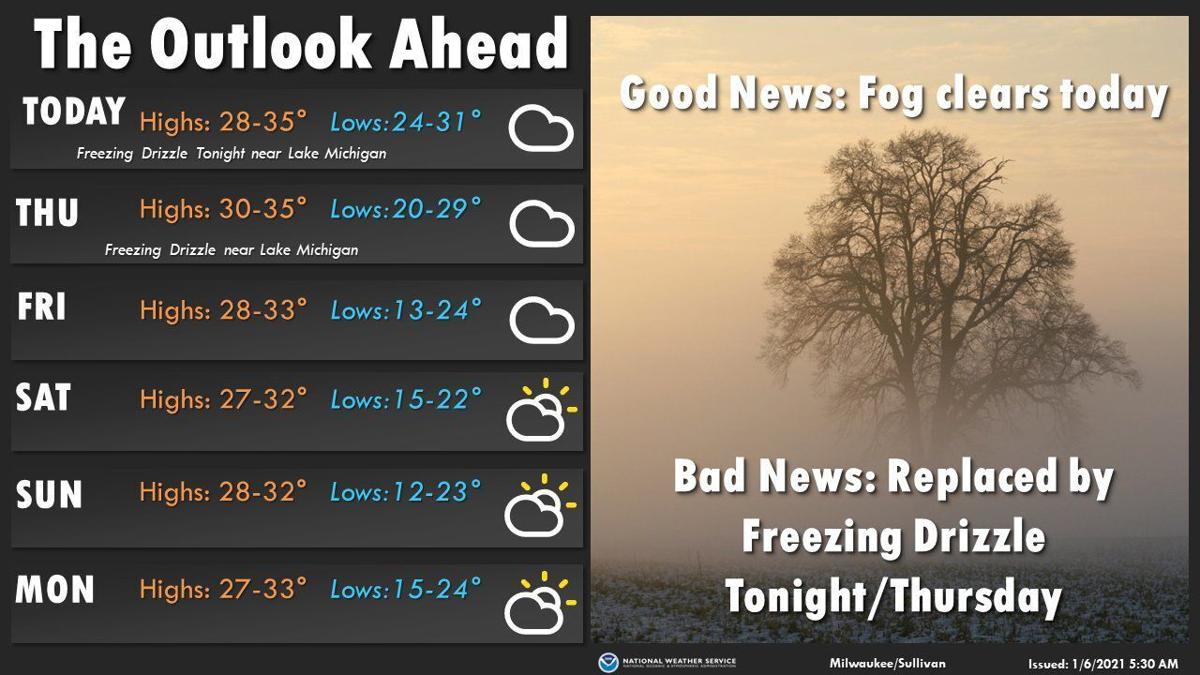 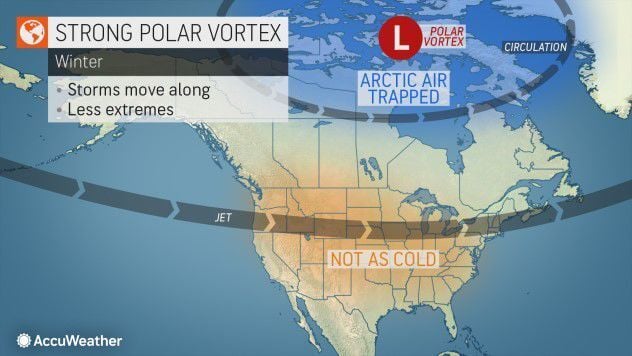 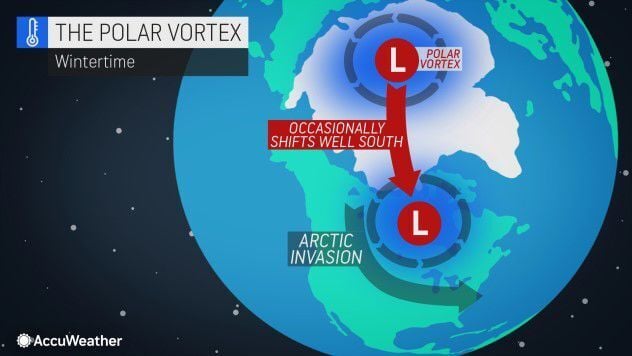 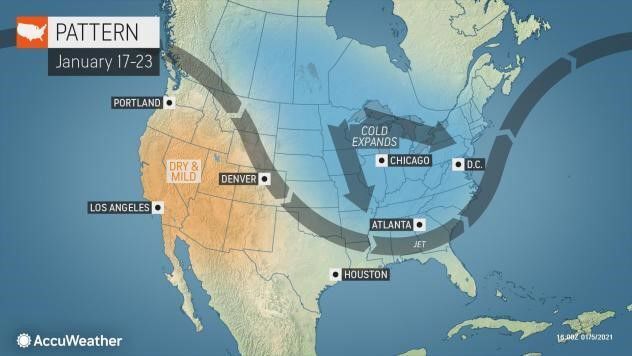